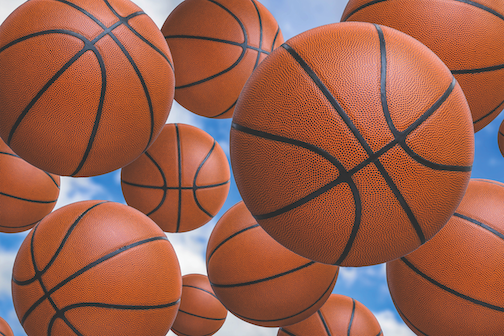 Deskside with David: High-risk sports back in action

It’s been a little over a month since I last wrote, but, I swear, I can explain myself.

Many of you know me for my dedication to covering the local athletes of our community and telling their stories. Another thing I dedicate myself to is helping the youth of our communities grow through coaching them in sport.

Recently, I joined the coaching staff of the Niagara Falls High School basketball team as a volunteer assistant. My schedule has been loaded up with practices, games and more, but it’s an honor to join basketball legend Carlos Bradberry and his staff. It really is a dream come true to be on the sidelines for my hometown team that I watched throughout my entire childhood.

But enough about me, more about the local HS athletes.

If you didn’t hear, high-risk sports such as basketball and hockey have returned. Additionally, as of Wednesday, fans are partially back.

The Section VI executive committee voted to allow home teams two fans per athlete. These two fans will have their names written down and they will be checked into each home game.

First off, just being able to see basketball, as well as the other winter sports return, is just a complete joy.

Early-season games have been how you may assume – players getting tired quickly after a long time off, a bit confusing with teams still learning the ins and outs of plays and chemistry, but overall exciting.

Players have been into the games and you can really feel that, after such a long time off, they are not taking this season and these moments for granted. I think once the few fans come back into the play, games will get even more exciting, because the attendees will also realize seeing these games shouldn’t be taken for granted.

It definitely is weird in my first year of coaching basketball that there are no fans. I’m so used to going to these high school games and there being an atmosphere like no other, because of students, family, staff and fans who attend. While it’s not the full experience, players have made up for some of that lost environment with their attitudes and energy.

For those unable to attend the games, there are still ways to watch your local squads. Many teams have set up streaming services on YouTube and Facebook. Additionally, teams such as Grand Island have their games covered by WNYathletics.com, which stream on Facebook, YouTube and their website. Districts including Niagara Falls, Niagara Wheatfield and Lewiston-Porter all have designated YouTube accounts for home games.

Be sure to check out your local athletes any way you can!

As of now, spring sports are supposed to start May 10. Additionally, news about a possible football season should be coming soon.

The prospect of having a football season in the spring is so interesting, because if next year’s season is slated for fall, it will be quite a quick turnaround for teams.

Plus, for sports such as baseball or softball in the spring, the season will end a bit later into June, due to the May start date. Just to give some perspective, by now, the basketball season is usually wrapping up regular season play and baseball tryouts are typically in a couple weeks.

This year, some basketball teams are playing their fifth or sixth games. And baseball? That’s still months away.

Despite some slight return to normalcy, the times are still crazy.

Be safe, mask up and take care.