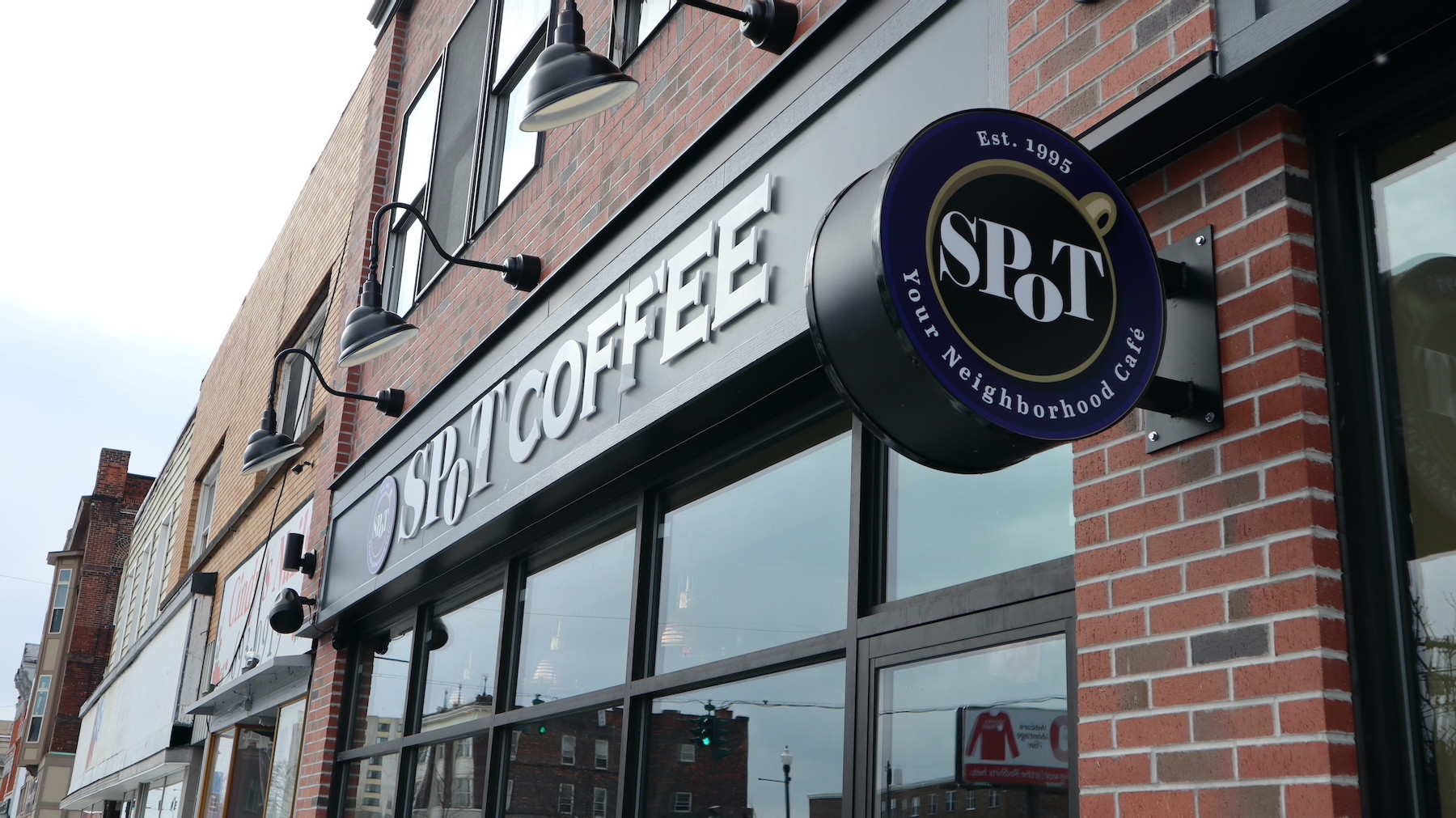 Article and photos by Michael DePietro

Business is a-brewing in the Lumber City.

"I really want to thank Ralph for leading forward (and) committing himself to North Tonawanda and the downtown merchants association and the businesses associated with Webster Street. This is really, truly a transformational nature for us,” Pecoraro said.

The popular café and bakeshop franchise officially opened its doors to customers earlier in the week at a newly renovated 54 Webster St. The site, once a popular G.C. Murphy department store, was most recently the home of the North Tonawanda History Museum, which has since moved to a new location at 712 Oliver St.

Reflecting on the location's history, Pappas recalled a time when Murphy's was "the place to be" in NT. As he marveled at the extensive renovations that have been done to the building this past year, he expressed optimism the building would see its popularity return.

"Look at the facade of this building; look at the improvements that have been made. It's just so exciting and it's so nice to see, and Mr. Dailey, we have to thank you for choosing North Tonawanda," Pappas said. "When you chose North Tonawanda for SPoT coffee, you were spot on.”

The Toronto-based coffeehouse chain now has seven franchises throughout Western New York as well as locations in Ontario, Rochester, Saratoga Springs and Glens Falls. There are now even franchises in Connecticut and Florida.

The Webster Street store features a unique interior design that pays tribute to the city's canalway heritage. The trendy looking interior features a number of nautical accents, including a wooden captain sculpture and a suspended boat that previously belonged to the North Tonawanda History Museum. The entrance hallway is also adorned with artwork from dozens of NT artists. 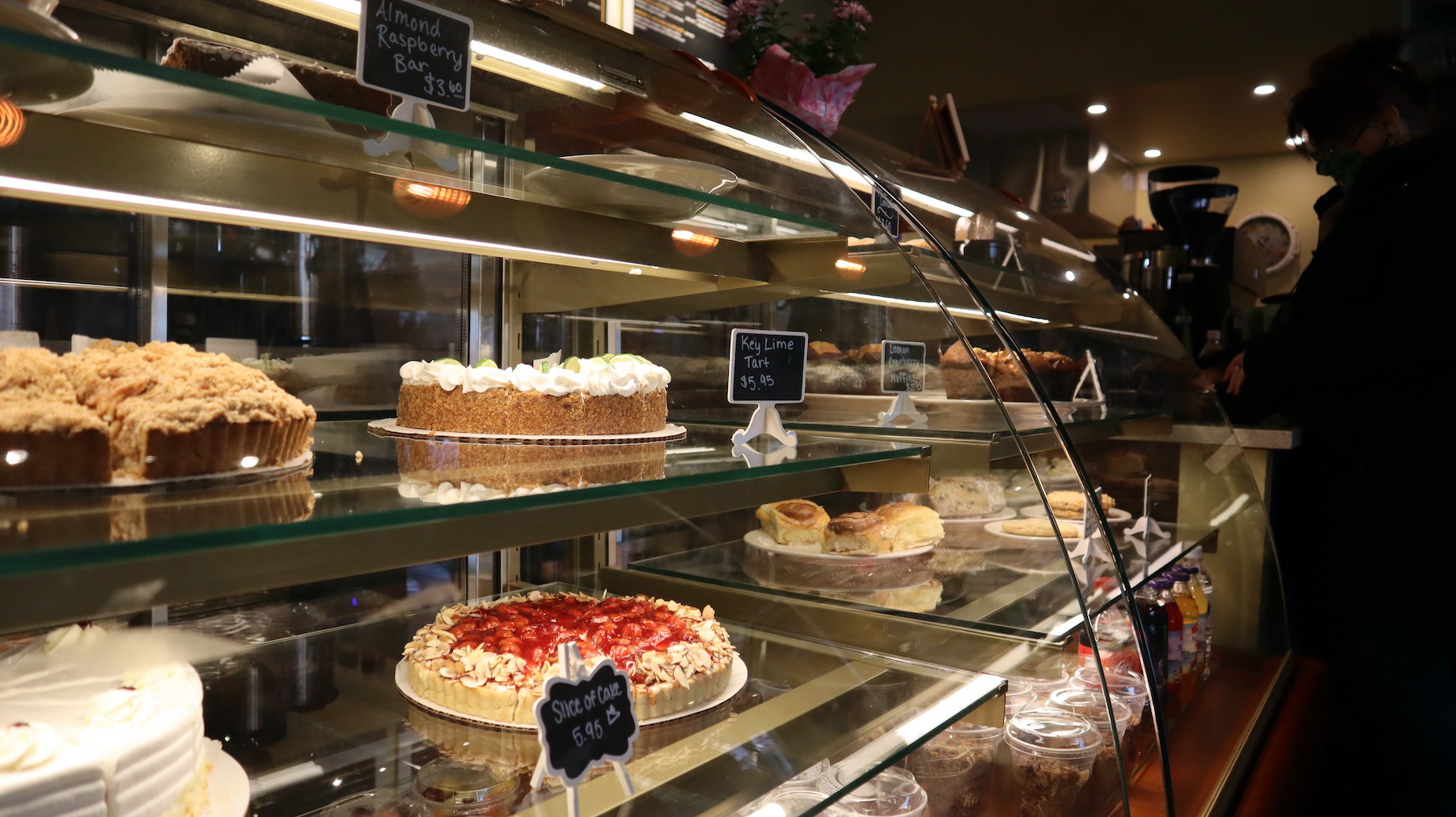 A look inside the newest SPoT Coffee location. 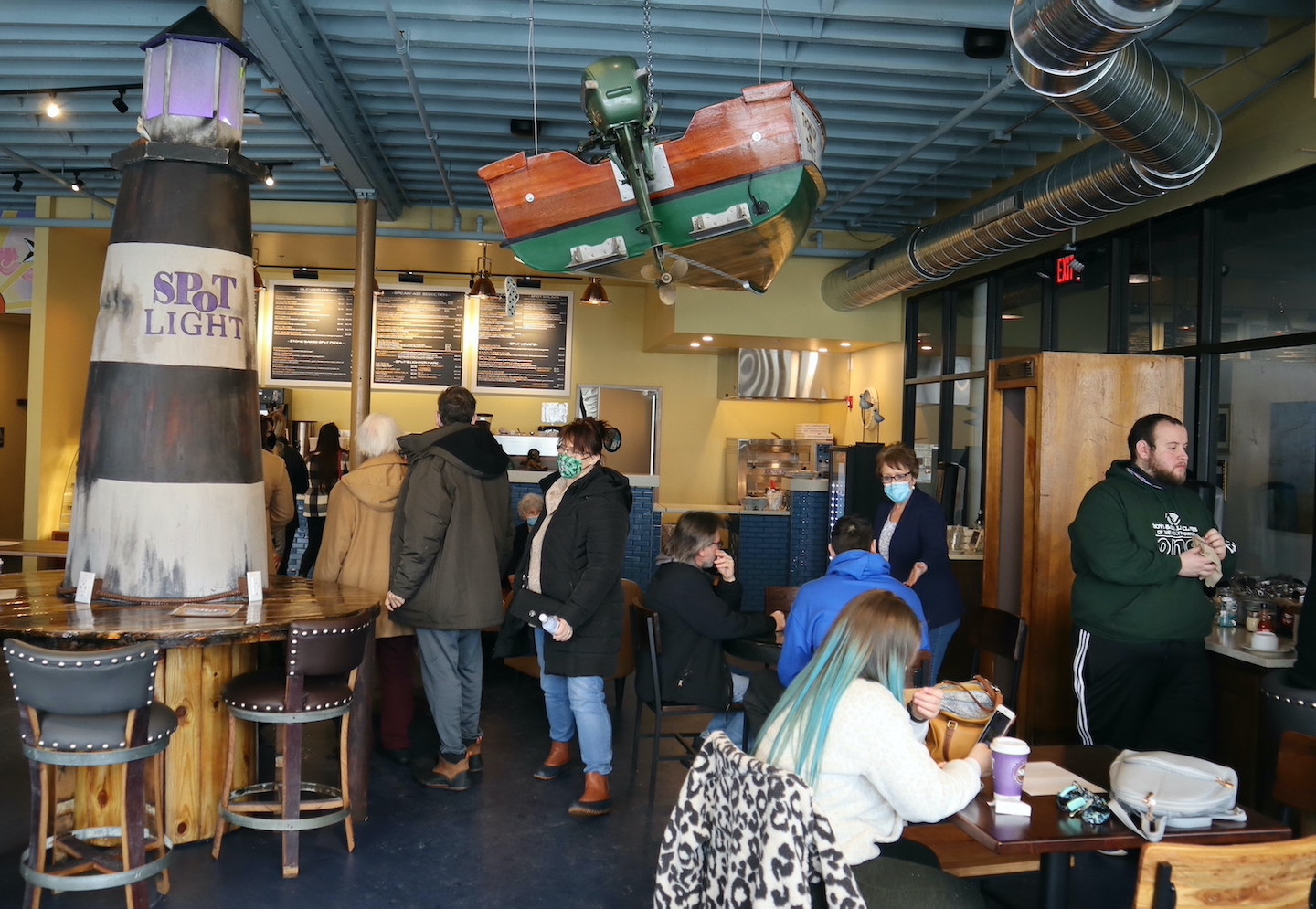 The chain, known primarily for its microroasted coffee and gourmet sandwiches and pastries, has been a hit in NT even before it opened. For perspective, Dailey said when he put out a call on Facebook for local artwork submissions, he was inundated with close to 1,300 submissions. He also says the page alone has received more than 63,000 hits.

“The response is, it's insane. It's really overwhelming,” Dailey said. “People have asked, ‘What can we bring to the community?’ I think we just bring good food, good coffee. And people are just embracing this. It’s fantastic.”

Dailey’s not the only one celebrating the success. Pecoraro, who is also the president of the city’s Chamber of Commerce, said having a popular company like SPoT Coffee commit to the area bodes well for other nearby businesses.

“It means a lot to get a national sponsor and a national company like SPoT Coffee in here to say, you know, we're committing ourselves to North Tonawanda and franchising here, and it shows North Tonawanda matters. That's the thrill of it for all of us merchants in the area,” Pecoraro said.

He said the immediate success of the coffeehouse is particularly significant to Webster Street. Businesses in the area have had to navigate the pandemic without one of the area’s biggest draws: the Riviera Theater. Luckily, businesses have so far been able to weather that storm.

“With the Riviera being closed since last March, the downtown merchants have really found that, even though they're the anchor to bringing businesses to the downtown area, that these businesses are still thriving. Even though we love the Riviera and we want to continue to see him thrive, as well, it’s good to see businesses have been able to thrive on their own without having an anchor like the Riviera. But it'll be better for everyone once we have the Riviera reopen,” Pecoraro said.

“I'm working with the building code enforcement right now to give them a template on which to devise a blueprint for all businesses to allow outdoor seating. That way everybody doesn't have to come up with their own unique plans,” Pecoraro said. “They already have a set of guidelines, so we're working on those guidelines now because we absolutely want businesses to succeed – and they'll succeed if we allow them the latitude to do it within certain parameters.”

Good coffee and outdoor seating aren’t the only things to look forward to Dailey’s Webster Street property. The mixed-use property will eventually include El Gringo Mexican Cantina in the storefront adjacent to SPoT Coffee, as well as second-story apartment units and additional commercial tenants.

In a press release, Michael Zimmerman, director of community development, stated, "Redevelopment of this iconic mixed-use building in our downtown will draw new visitors to the Tonawandas, add jobs, and leverage the ongoing state and local investments made in our downtown." 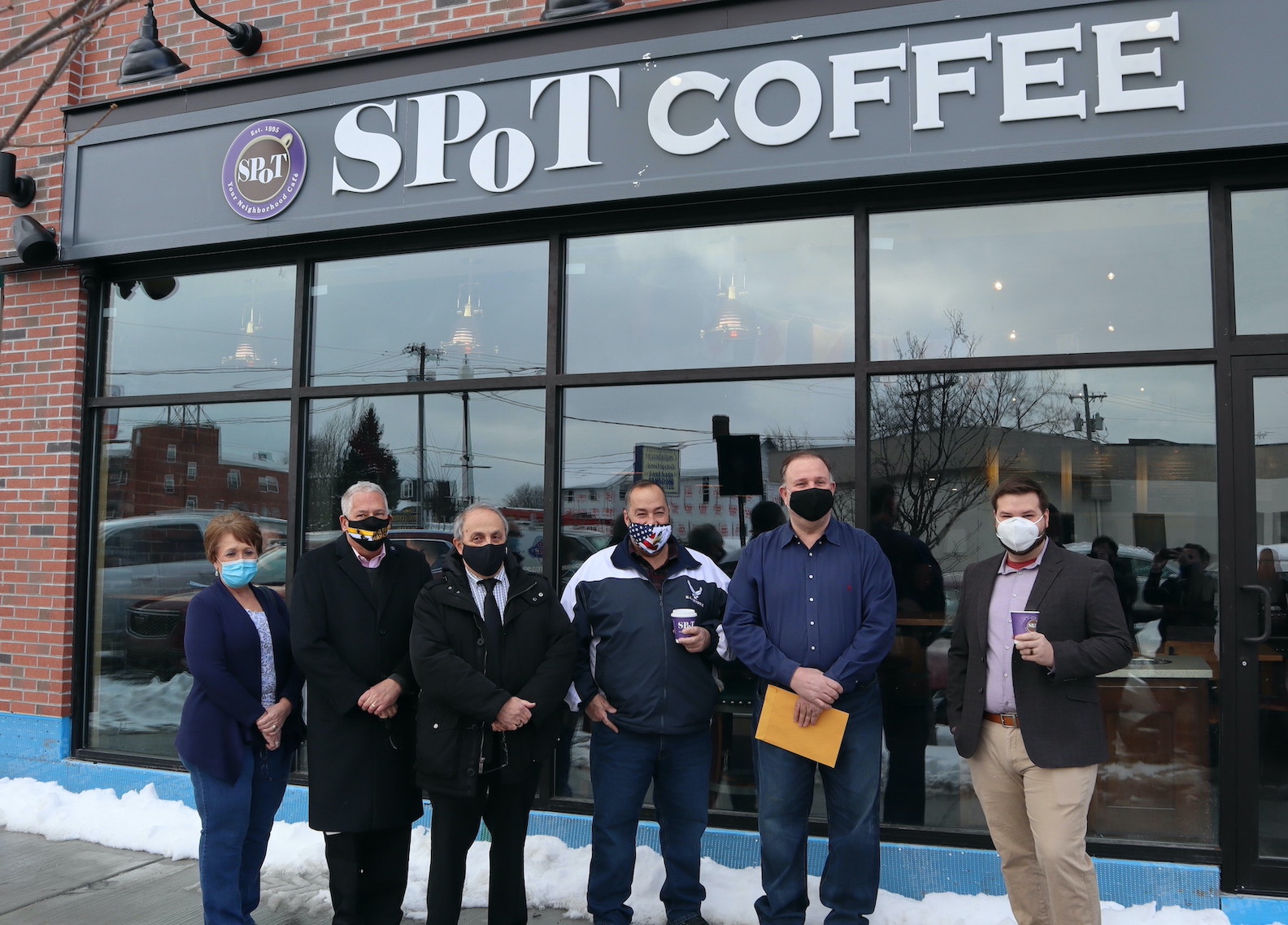