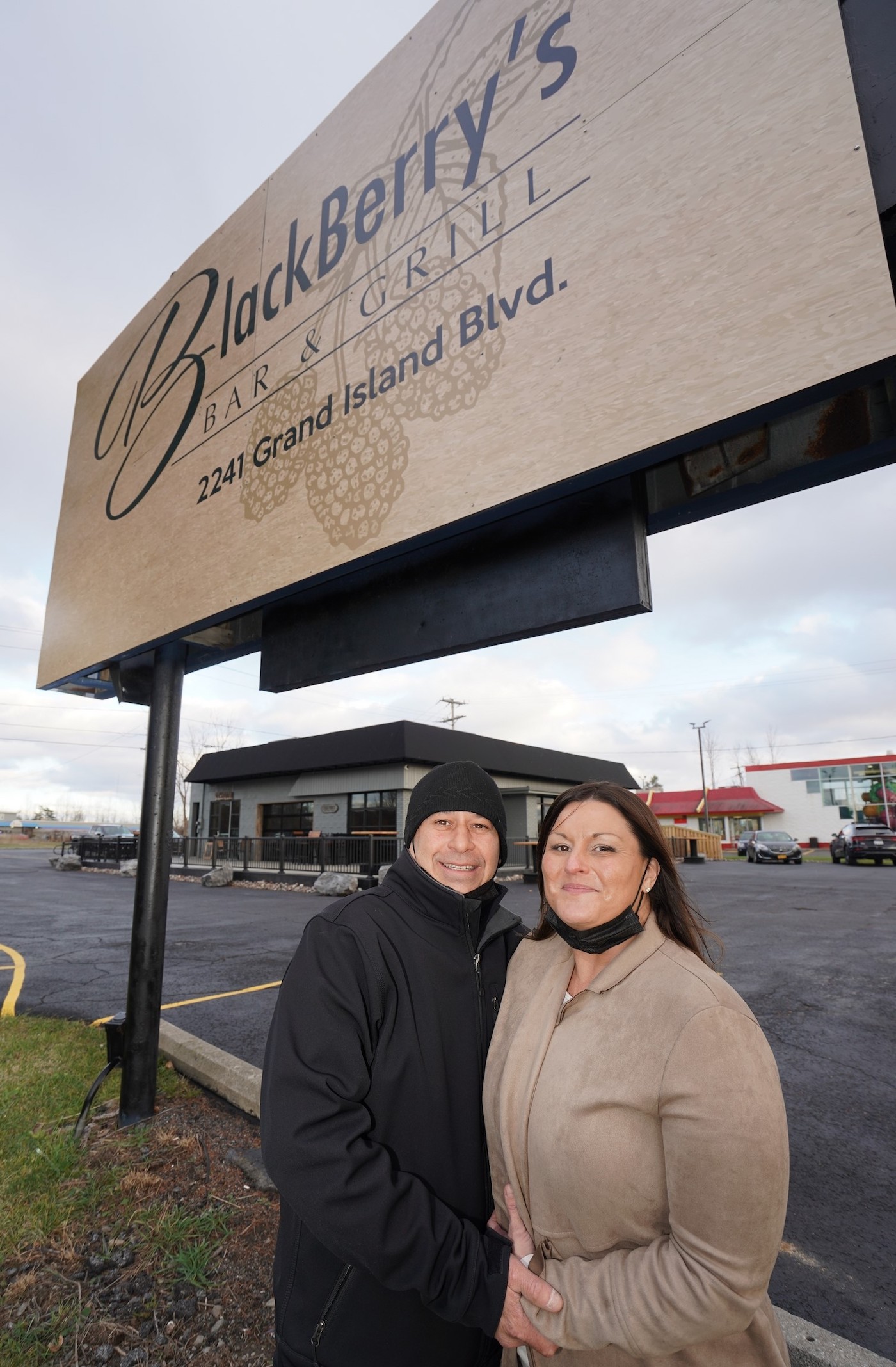 The new business is still at 2241 Grand Island Blvd., right across from Town Hall. But when you walk in, you immediately notice a distinctly different décor that adds to the Island heritage of TC’s founding Stedman family, but moves the clock forward in concept.

New owners Jason and Ann MacClellan of Grand Island founded BlackBerry’s on “the idea of creating a great place for good friends, family, and good food.” They opened Sept. 28, but celebrated the grand opening Nov. 17.

“We’ve been coming here for years,” Jason MacClellan said. “We used to ride our 4-wheelers up here and then I’d always walk in and look out here and say, ‘You know one of these days we’re going to buy this place and put a garage door out there and a patio and clean out the creek and make it look nice and clean up the boulevard,’ ” he said.

TC’s, originally called PJ’s, was established in 1969 by Islander Tom Stedman. The name was changed to TC’s in 1970 when Tom and Chris Stedman married. A new building went up in 1974. Chris took over the business when Tom passed away in 1991. The MacClellans knew the family, including son, Danny, and the Stedman’s other three children, all of whom worked at TC’s at one time or another.

Recently, Jason took his dream of owning the place one step further.

“I went to launch my fishing boat the one day down at Bluewater with Danny and I told him if he ever planned on selling the bar, let me know. He said, ‘Actually, we are thinking of selling it,’ so I said, ‘Well, talk to me,’ and a year later, here we are,” Jason said.

“I always just wanted to own a bar, a restaurant with good house-made food – fresh-ground burgers, tacos, brisket and all that. So, that’s what we want: Cool bar, great atmosphere, someplace where friends and family can hang out, with an emphasis on families coming to hang out, because we have a nice kids’ menu,” he said. S’mores are on the menu for dessert and they are cooked right at the table.

“All of the memorabilia is authentic and from our home when we were kids and antiques from different places we’ve gone together,” she said.

Lamps were custom made, and the restaurant has a specially designed pulley fan system. The wood underneath the bar is from the old wooden barges that used to log Grand Island. The doors going into the kitchen are from an old barn door.

Jason said the pandemic put a pall on their plans to carry a schedule of interesting outdoor activities for the restaurant. Without COVID, he said they were planning to introduce a cornhole tournament out back, a fall fest, a winter fest, sale of Christmas trees, and lighting on the pine trees that they retained on the property along the boulevard.

“We had all these plans, but with COVID, everything’s pretty smashed,” he said.

He cleared the land so that, from any seat in the restaurant, you can see the boulevard, and conversely, people on the boulevard would have a clear view of BlackBerry’s.

“Whatever we do, we like to make the Island look better, do more for the community,” he said.

“We do pretty much everything together,” Jason added.

“Ann handles the books – the important stuff,” he quipped.

She also handles hiring and managing a staff of about 16, including chefs, servers, hostesses and dishwashers.

“I keep everything moving and flowing and building – all of that,” he said.

They both stressed that every decision that’s made, they make together. The couple has a grown son and a daughter who is 8.

Ann said BlackBerry’s has three main entrees, but every week, there are two featured entrees, as well.

“Always something new and exciting for people to try.”

They also specialize in homemade soups and desserts, and everything is made from scratch, with even the burgers being ground in-house and patties being formed by hand. Turkey and beef are roasted and carved in-house, as well.

“We try and do as much fresh produce from Thompson Farm for our veggies,” she said.

Actual blackberries find their way as ingredients in BlackBerry’s menu items such as cheesecake, pies, the house salad and their barbecue wing sauce. Jason wanted to name the restaurant BlackBerry’s, and also looked up other places by that name, including a resort in South Carolina that had a similar ambiance.

The goal for the MacClellans is to attract Islanders, as well as people from other parts of the area.

Grand Island Chamber of Commerce President Eric Fiebelkorn said the new restaurant adds to the appeal of the Island.

“The quality of life on the Island a lot of times is talked about in terms of what we can do on the Island without having to go off. Having more quality food options and a diversity in those options always makes for happier residents,” he said.

He noted the previous owners were great folks with a great tradition, and that new owners with a new vision for renewal right at town center can add to the development already underway on Grand Island Boulevard.

“More traffic in downtown Grand Island is better for all the other businesses, as well, even their competitive food establishments. They really work together, not competitively,” Fiebelkorn said.

With the sidewalk project, and everything else going on, it’s great to see, he noted. 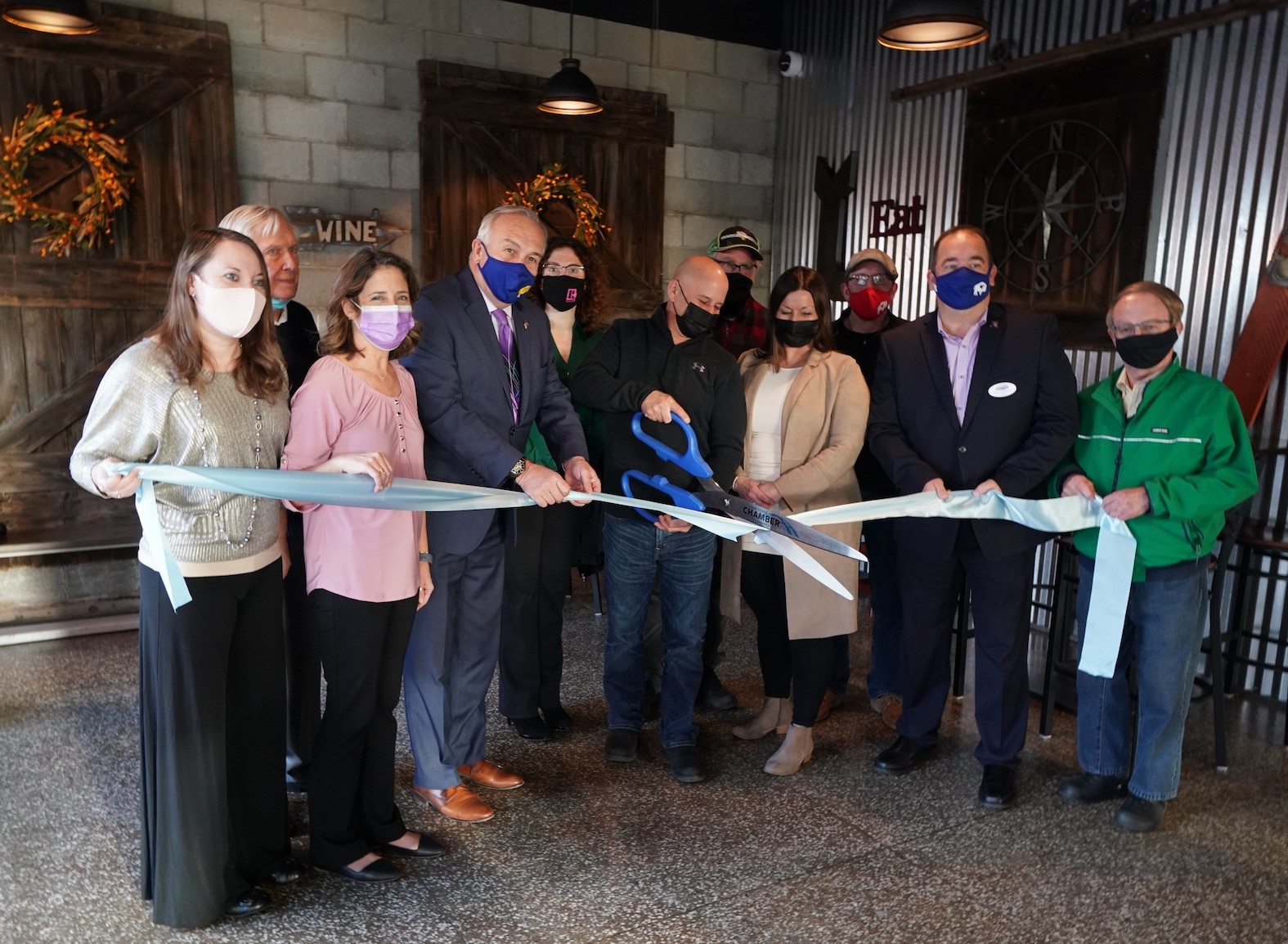 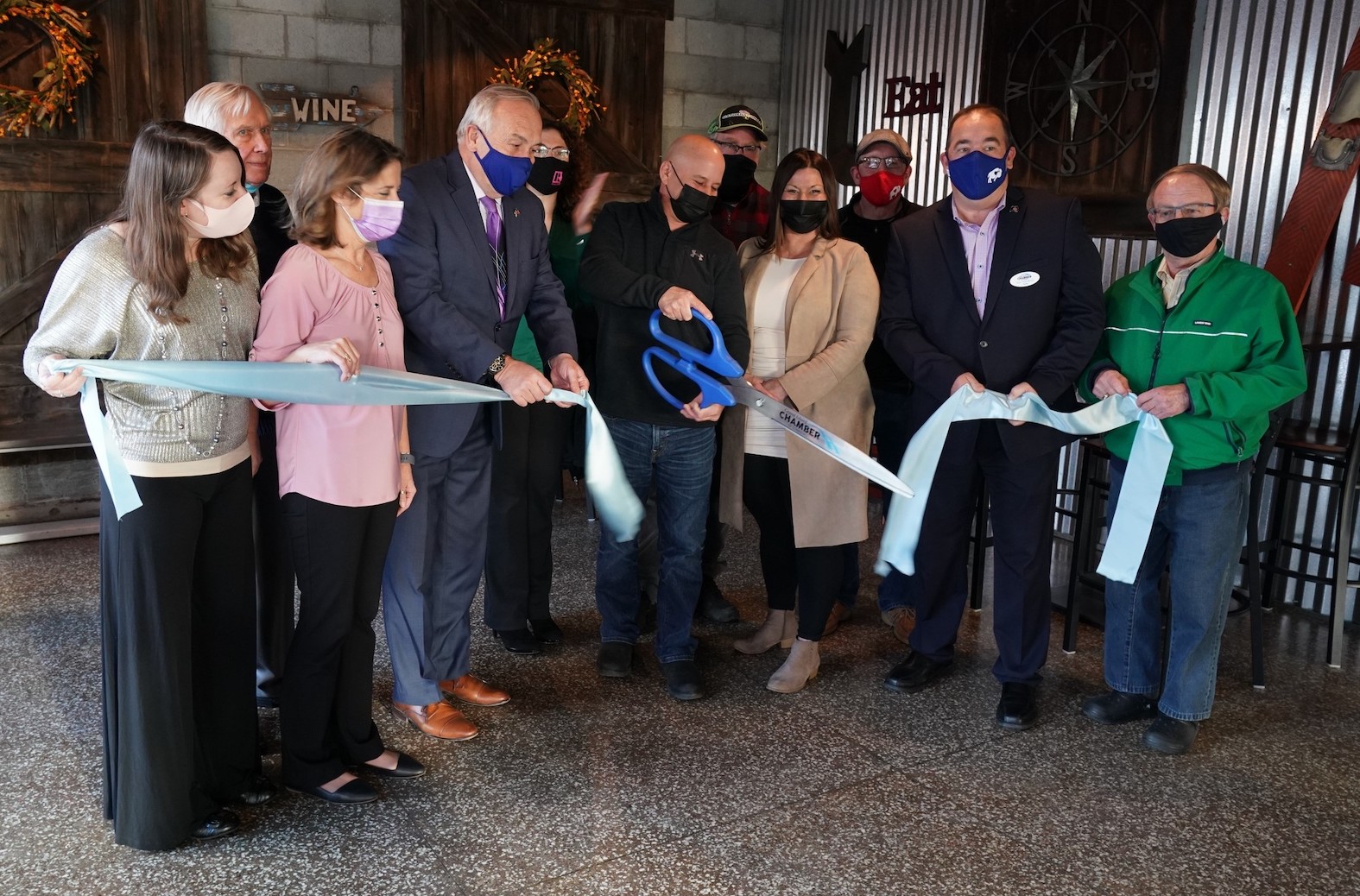 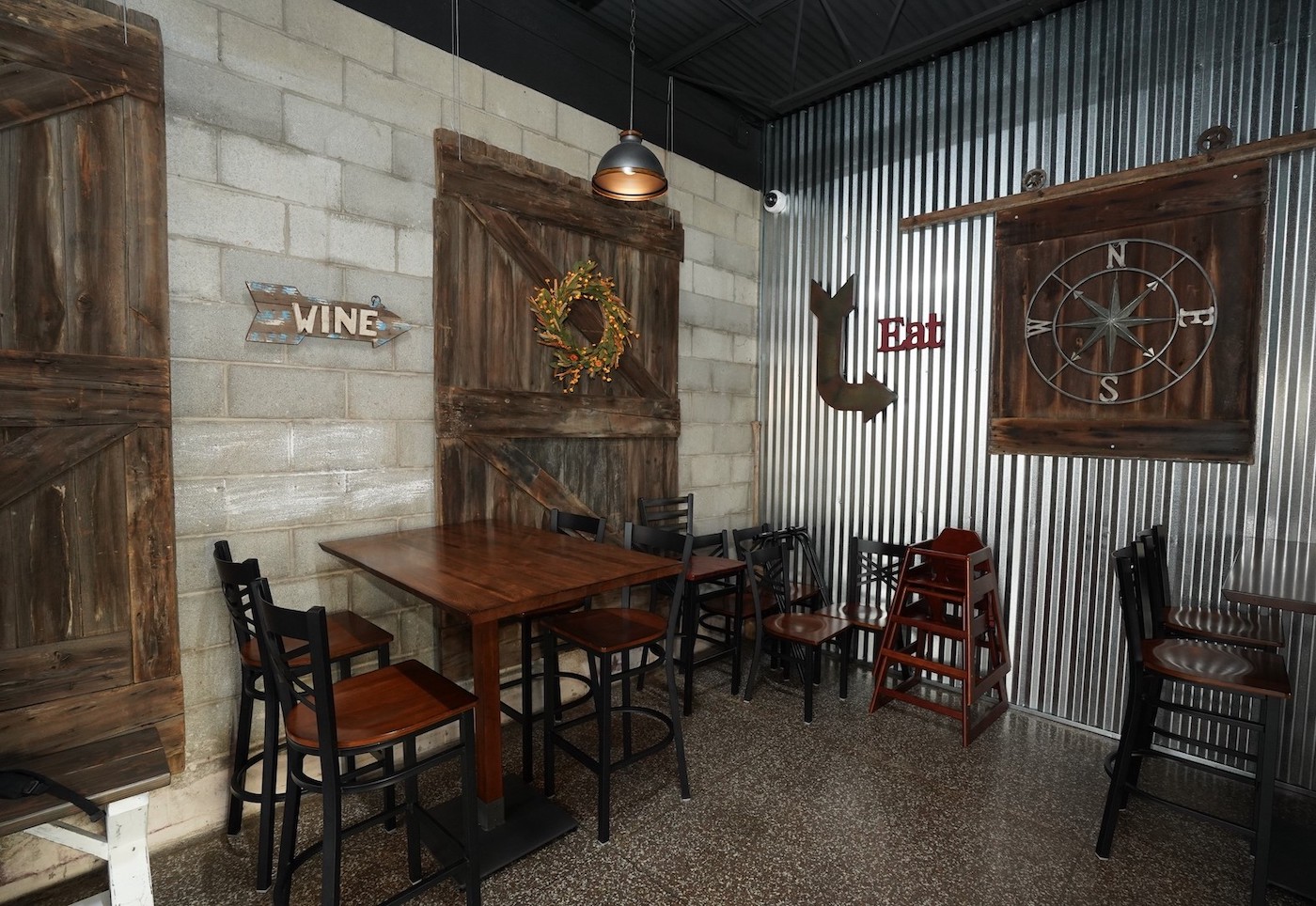