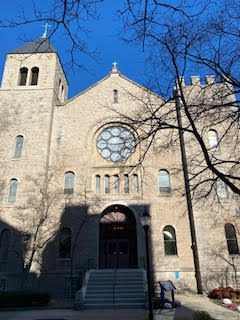 Niagara University students are working hard to keep up with all of the upcoming changes that have been brought on by the 2020 presidential election. Whether the impact has been overall positive or negative on the students has yet to be seen. However, this is what NU students and faculty had to say.

For many students, this was their first time voting and participating in a major election.

One student, Christopher Moriarty, had this to say.

“I would say the election had a pretty negative impact as it created a great deal of pressure between my friends as they let politics ruin their friendships,” Moriarty said.

Moriarty decided to not vote during this year's election. College is already a very stressful time along with the added stress of COVID-19. Moriarty expressed that the falling out of friendships had a negative effect on his mental health because the added stress of losing someone close is a difficult thing to deal with.

That’s not to say the election ruined relationships for every family or friend group. Tyisha Adderly, NU freshman, expressed this sentiment.

“I didn’t vote, but my family isn’t really interested in news or politics so it didn’t cause any strain,” Adderley said.

Students declared that the divide that many have gone through heavily leaned on how passionate the family or friend group was about results and election in general.

“The impact in the classroom and campus community, it mirrors society in general. There’s a very vocal kind of segment. However, a bigger group is more silenced in not wanting to show if they’re Democrat or Republican,” Daly said.

It seems students are weary of showing what their stand is on political issues. Why is this? Well, the election is a topic of heavy controversy among American society and it is hard to tell what kind of reaction a person's stand on issues may get them. This creates an added stress among the students; not being able to let your opinions be known in case they are met with hate. Daly has visited many countries over the years and later stated, “The heavy controversy surrounding politics is ingrained deep into society and American culture.”

This can be seen in difference to places such as Finland. It has been seen that they do not hold the same amount of unfavorable views about politics that Americans do, going so far as to publicly as strangers who they voted for.

It is not just peers’ opinions that create this newfound stress. Their future could be completely altered based on who is elected into office and how they decide to use the power provided to them. With COVID becoming more of an issue on campus and classes all officially being moved to online, the future is not looking bright. The president has the power to help or hurt the process of getting students back onto campus for the upcoming years. The president has the ability to change the very outcome of the students' futures. With everything changing so quickly and no end to this pandemic in sight, the students are left to hope that the future president can help fix this nightmare that the world has found itself in.

“I think it’s a great learning experience for students, because you can see that when you mobilize yourselves around key issues that are really, really important that you can make a difference,” he said.

While of course there is a great stress about the future added onto the students, this election has also been a great insight for students. The country is a big place full of many people, but what a person does for themselves and their country is important. Any step taken toward making the country a place that an individual loves is an important part of being a citizen. Any one person can make a difference, and this election has given the students not only the chance to understand that but also to act on it.

Maher makes it known that voting is an important part of doing a person's civic duty.

“I think it’s really critical to exercise civic duty … the more you can be informed on issues which can impact our nation is critical,” Maher reiterated.

The election had given students the chance to become more ingrained in the democracy and had given them the chance to participate in their most important duty to the country.

It’s not just staff who have voiced their opinion on the importance of voting. While a portion of students did decide to stay out of the election entirely, a bigger portion had made it their mission to participate in the American democracy.

Freshman JJ Shanks is just one of the many students who expressed the importance.

“I have the privilege to choose who leads our country, why wouldn’t I vote?” Shanks said.

A poll released by the US Census Bureau has shown that the 2020 election had the greatest participation rate of all presidential elections starting from 1824 to present. Increasing by roughly 20 million votes just between 2016-20.

Voting has been voiced to be very important to many students at NU in order to help the country become what they want it to be.

Niagara University students make their way through college life during a critical time of American history, the pros and cons circulating their lives.

While the overall effect of the election has yet to be seen one thing is certain: the learning experience of this election year and the voting process was something that could not be replaced or learned any other way. It helped NU students in a way that they could never realize, gave them experience in a situation otherwise impossible to have. It has given the chance for students to become more ingrained in the democracy that America fights for and allows for the students to make a difference in their country.