From left: Steven and Cindy Kureczka with Jesse Gooch, owner of Painters Plus. (Submitted)

Last weekend, Jesse Gooch, owner of Painters Plus, several of the company’s employees, and a handful of volunteers washed, primed and painted the house of Steven and Cindy Kureczka of Zimmerman Street in North Tonawanda, the chosen winners for the 10th annual Project H.O.P.E. (Helping Others Paint Exteriors). The project is an annual citywide contest that offers a free exterior home paint job to homeowners in need.

“This project is very special to me. I started (Painters Plus) about 20 years ago and about 10 years ago I wanted to think of a way to give back to the community,” Gooch said. “In North Tonawanda, there’s a lot of nice neighborhoods and I’d notice most of the houses are nice but there’s a couple that need some work and need to be painted and things like that. So the two questions I asked myself: Is it from neglect, like, they can afford to have a painting but are being lazy? Or is it something else? Maybe they want to but they can’t afford to do it; they’re going through financial hardship, or they might have a disability, or they’re elderly. So that was the reason I started Project H.O.P.E.”

Gooch discussed some of the challenges that go into choosing a recipient, but said he had been deeply moved by the Kureczkas’ story as they had experienced significant personal hardships as of late.

“Deciding who is the most deserving; based on the house; their story or situation – it’s the hardest part of the whole process,” Gooch said. “But these people won our hearts over because the wife has been fighting cancer for 15 years, the husband just lost his job after 30 years in June. That same month, she lost her brother and then they both lost their grandchild this year also.

“... These folks seemed very happy; very humbled by everything. And that’s what this is all about. Just try to do something nice, whatever we can, for people in a rough situation.”

Gooch also noted that, due to COVID-19, there were markedly less volunteers than in previous years. However, Gooch and his team were aided by a handful of fresh-faced youth volunteers from Cub Scout Pack 824, with whom Gooch is an assistant Scout Leader. 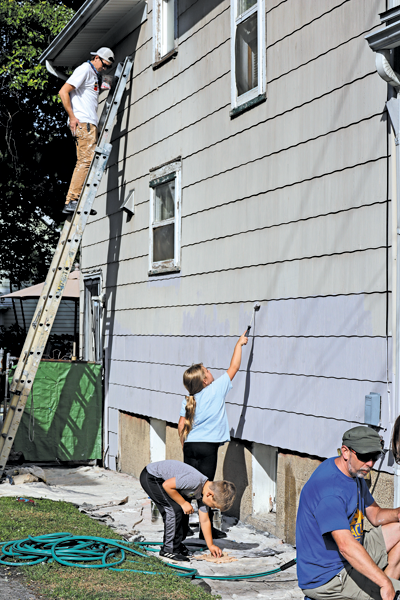 Volunteers of all ages contributed to the cause. (Author photo above, submitted below) 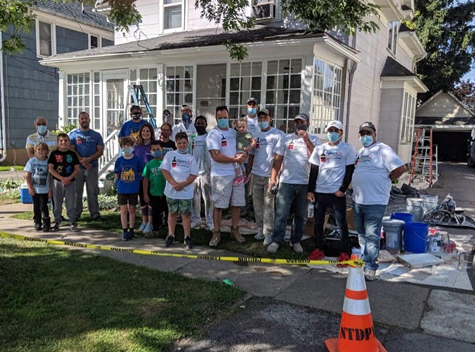