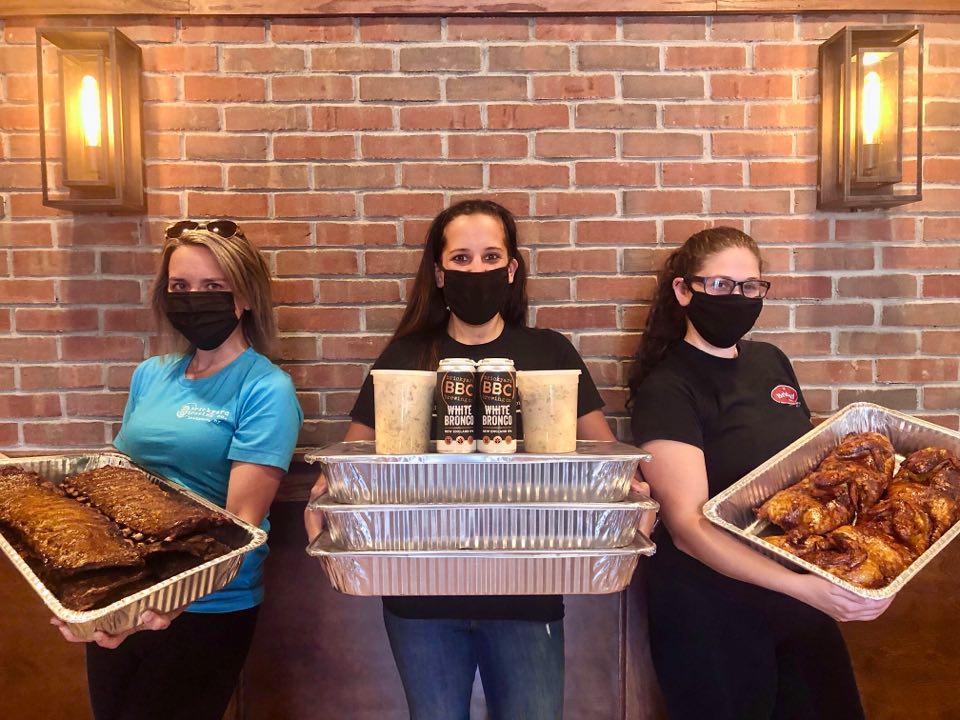 Brickyard back in business

The Brickyard Pub & BBQ is open for curbside pickup, serving meals to customers for the first time since fire damage forced its owners to temporarily close the doors at 432 Center St., Lewiston.

A Facebook post read, “Today’s the day! We’re thrilled to be back in action and ready to serve you our Labor Day package starting at 11 am. Call us at 754-7227 to place your order.”

On May 26, a fire broke out at the adjoining Brickyard Brewing Company. Teams of local first responders battled the blaze overnight. The BBC’s second floor (including a banquet room and bar) was lost, while the street-level dining area and kitchen remained more intact. Fire mitigation systems protected both the Brickyard – which mainly had smoke and water debris – as well as neighboring buildings.

In the weeks that followed, community fundraisers netted almost $30,000 for the Brickyard employees.

Protective fencing surrounding the Brickyard came down earlier this week – a welcome sign for barbecue fans.

GM Steve Matthews (shown painting) said curbside will transition into takeout over the next couple of weeks, and then on-premise dining will resume once renovations are completed.

Reconstruction work has begun in earnest at the BBC, which is expected to welcome patrons back in 2021. 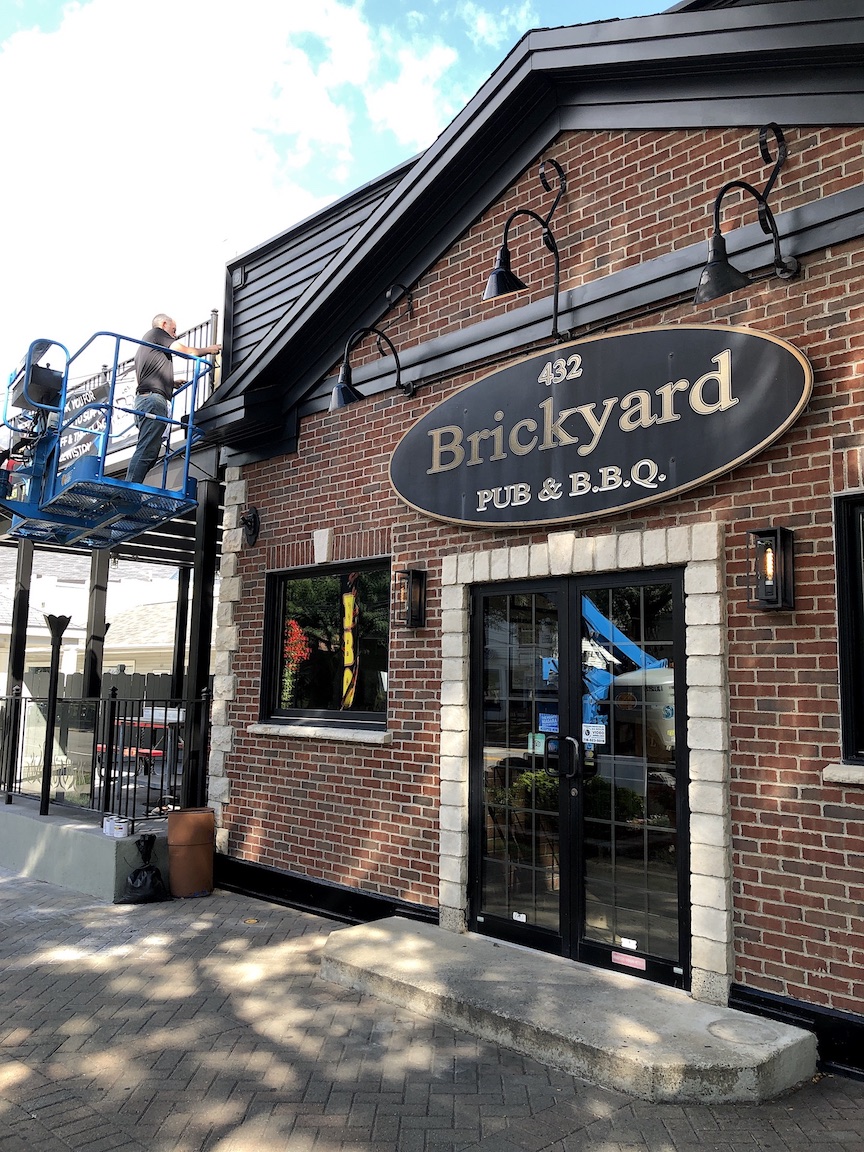 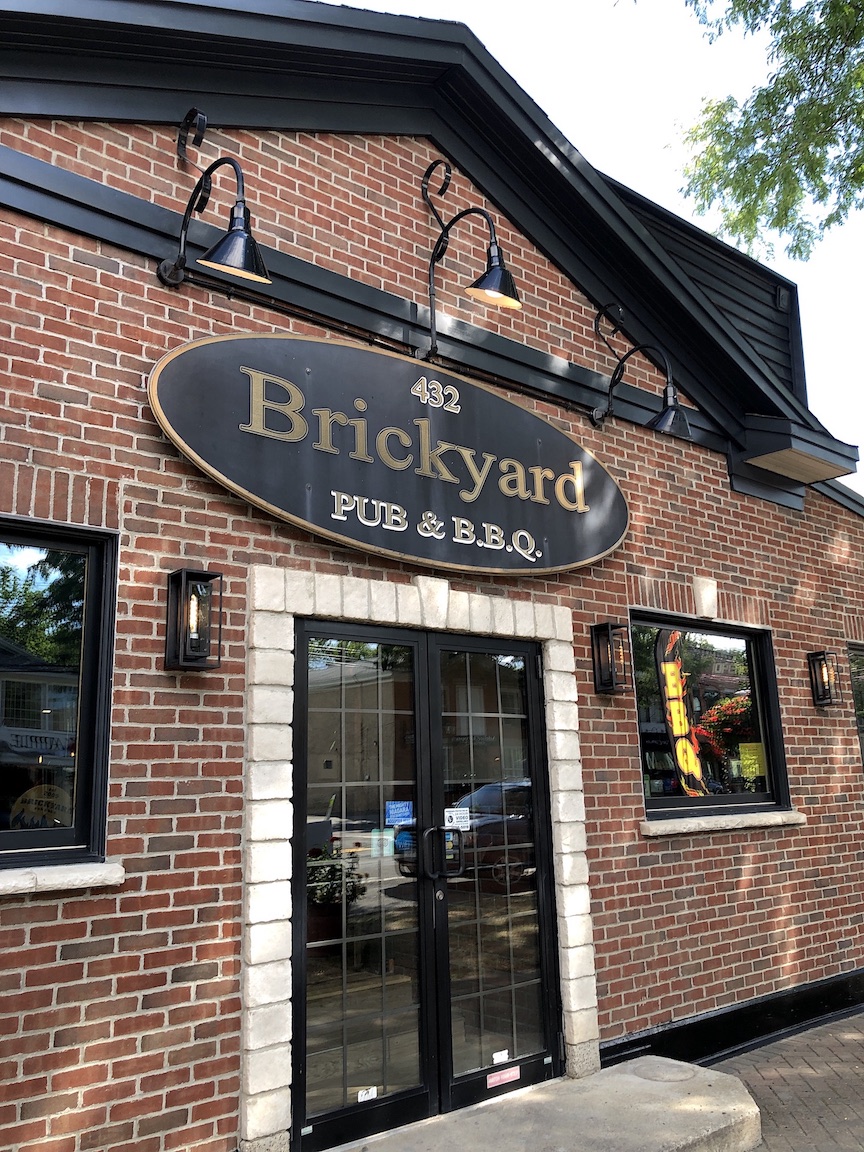 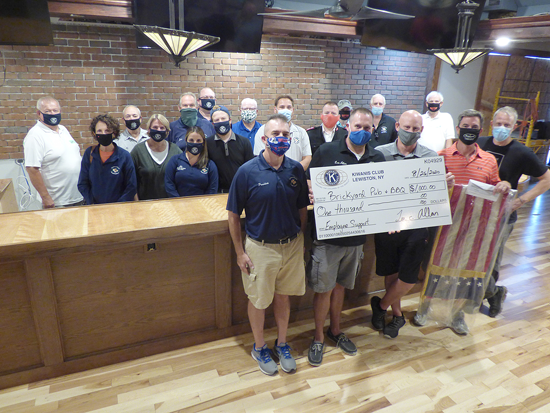 The Kiwanis Club of Lewiston has been without its weekly meeting space since the end of May – when a fire tore through the Brickyard Brewing Company’s second floor, causing residual damage to the Kiwanians’ home-away-from-home, the Brickyard Pub & BBQ.

With the Brickyard set to reopen on Center Street this month (curbside resumes this weekend), Kiwanis Club members stopped by for a sneak preview of the restaurant’s new look – and to donate money to employees.

“This donation idea has been in the works for about eight weeks,” Past President Marty Pauly said. “Soon after the unfortunate fire, we started to talk, because we have a longstanding relationship with you guys. This is our home base for our meetings on Wednesday. We also know you are more than just a restaurant; you are a huge force down here. We know you donate all the food for the Memorial Day parade. We know you donate a lot of food for the ‘Rockout Cancer’ fundraiser at the Stone House. When the veterans memorial was unveiled last November, there was a party here afterwards and you guys donated everything.

“We know that. And because of that – and because of our relationship with you and everything that went on here – we felt that we had to step up and do something.”

Donations came mainly from Kiwanians, with the club kicking in a little extra. Monies were specifically set aside for Brickyard employees.

“All total, we do have a total donation of $1,000; and we are so looking forward to being able to come back here to meet on Wednesdays and for your opening,” Pauly said.

Brickyard co-owner Eric Matthews said, “We’re looking forward to having you guys back there.”

Pauly continued, “We thank you for all you do for every organization around here. This is a little token of our thanks.”

He said total community donations – which include fundraisers and contributions from the Lewiston Farmers Market and Tim Hortons – are about $30,000.

“Everybody that was working on the payroll on May 26 – the day of our fire – is going to receive equal amounts of all the donations that we’ve taken,” Matthews said to a round of applause from the Kiwanians.

He explained, “Most of the employees that we have working for us have all come in and helped us do all this. Girls, guys, servers – 110-pound servers that aren’t normally swinging a hammer – there will be pictures in the restaurant of them with work boots on and crowbars and that.”

Matthews said eight female employees “tore the whole floor … out of this place, which was amazing. We weren’t even there that day, and they ripped it all out and got it to where it’s at. So, that’s the dedication that they have – and they’re still all going to be with us; it’s amazing. So, thanks to you guys, that’s really gonna help them out.”

Pauly said, “One add-on: Our (U.S.) flag. Another thing, you’ve been nice enough throughout the years that we’re allowed to store stuff here – and we appreciate that, too. And (GM) Steve (Matthews) sent me a text shortly after the fire that the flag survived. And then your dad cared for it, he got it dry-cleaned; and then a little bit later on, our member Dean suggested, ‘Why don’t we donate this flag back to you guys?’ If you can find a place to hang it, that would be great.”

“We were just talking about that today,” Matthews said. “The wall that we just bricked inside, that wall right there as you walk in, that’s big enough for that flag. We’re gonna have that flag framed.”