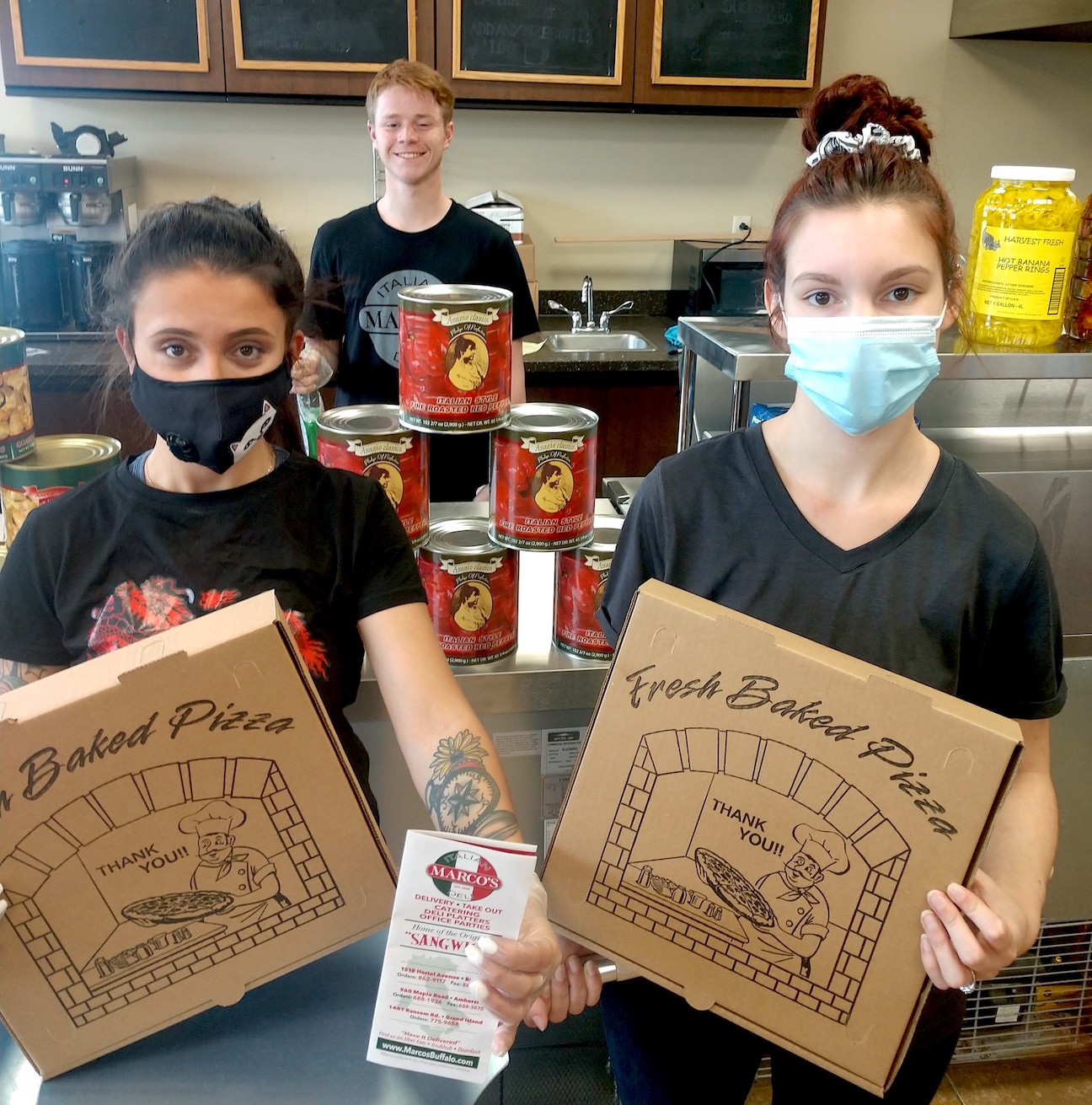 Marco Sciortino, one of the most respected restauranteurs in Western New York, felt like standing on the roof of the Grand Island Market at 1441 Ransom Road and shouting, “I AM BACK!!!”

“Ever since we closed our Marco’s Italian Deli inside this market before it closed seven years ago, everywhere we went on Grand Island, all I would hear was, ‘When are you opening up again? We need you back,’ ” explained Sciortino, an Island resident for 23 years who reopened Marco’s Italian Deli on Thursday with his wife, Victoria, and a new management team.

Marco’s Italian Deli, with socially distant indoor seating, is located inside The Grand Island Market, owned and operated by a C-store and gas station business veteran who promises Islanders a well-run operation with an emphasis on customer service and cleanliness.

“Empty shelves and empty gas tanks will never be an option here,” explained Inder Thind, the store owner. He said gas prices will be competitive to stations on and off Grand Island, as the store uses the gas buddy app to compare pricing.

The property was purchased Newman Properties of Tonawanda. Mike Newman, whose family previously owned NOCO, is president, while Tim Boyle is vice president.

“Ever since we were on Grand Island with our NOCO store, we had eyes on this property,” Boyle said. “We have always felt it is a tremendous location and we know the Islanders will see a world of difference in how the business is now run.”

Sciortino could not be happier with the present arrangement. He said, “When we first opened here, it was because of the community. Grand Island has always been a warm, welcoming community, and we wanted to be part of it. Ten years ago, we put our feet in the water by franchising our brand over here. Our deli did great, but the store failed.”

“After Mike Newman purchased this building, we talked, and once I met Inder and saw how he operates a business, I told my wife I would feel very comfortable working with him, because he is an upmost professional; and he wants us to succeed, so he is giving me free reign to operate our business,” Sciortino added. “Grand Island is lucky to have them here.”

“She is super-talented, eager and creative, which is a quality we always look for,” he said.

Smith hired a classmate from the NFCI, Aurora Warchocki, as her assistant manager.

Sciortino began in the restaurant business one day after graduating from Lafayette High School in Buffalo at Darone’s Fargo Grille on Niagara Street and Fargo 35 years ago. He and his wife purchased the restaurant in 1988 and the name was changed to Marco’s. He has since added Italian delis at 1518 Hertel Ave., and 960 Maple Road. In addition, he is the official spokesperson and chef for Galbani Cheese, the largest cheese company in the world – and the title sponsor for Buffalo’s Italian Heritage Festival.

“Our goal is to make this store Grand Island’s new meeting place,” he said.

His menu will include a full line of Marco’s “Famous Sangwiches,” plus salads, specialty pizzas and takeout meals. The store is open from 6 a.m. to 10 p.m. while Marco’s Italian Deli is open 11 a.m. to 8 p.m. daily.

Marco will also introduce to the Island a charity he and his wife and twin daughters, Maria and Gabriella, support: Little Smiles of WNY, a nurse-driven charity that tends to the needs of children. For more information, visit www.littlesmilesny.org.