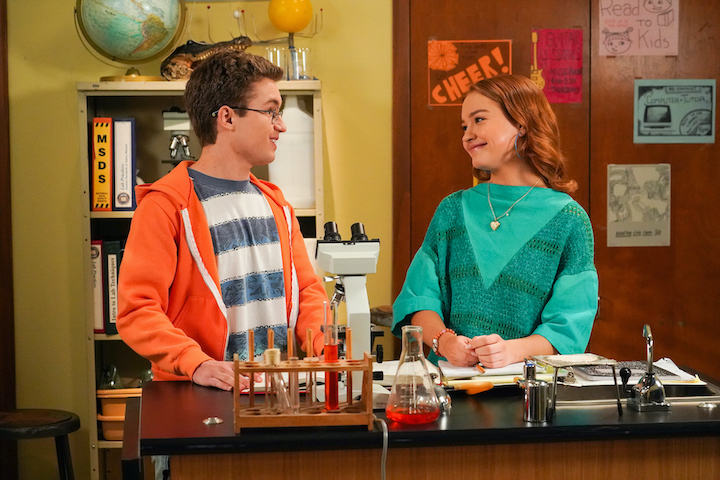 Adam tries to win over his crush, Brea, at William Penn Academy. Pictured on "The Goldbergs," are Sean Giambrone and Sadie Stanley. (ABC photo by Richard Cartwright)

'The Goldbergs' brings prom to living room of quarantined youth

Regrettably, high school juniors and seniors around the country will miss their prom this spring, as schools are closed to stop the spread of COVID-19.

Recognizing this, ABC set out to offer a special at-home event.

“Who said that you can’t host prom in your living room?! Break out your punch bowls and dust off your dancing shoes, because ABC is bringing the party home on Wednesday, May 13, with #ABCPromNight,” a press release stated.

Comedies “The Goldbergs,” “Schooled” and “American Housewife” will wrap the season in much the same way the school year ends – in a gymnasium under colored lights and shining mirror balls.

“They kind of finagled it, so that they could have the prom episodes of all the shows line up for this special event for some of the kids that missed out on the prom they were planning on going to. I thought it was a really cool trying to figure out how to interact with the audience,” “The Goldbergs” star Sean Giambrone said in a phone interview Tuesday.

“The Goldbergs” is set in the 1980s, and there was, perhaps, no better time to stage a prom than the decade of big hair, neon colors and rhinestones. Show creator Adam F. Goldberg meticulously recreates the period of his youth – while lovingly and hilariously poking fun at his over-the-top family: “smother” Beverly, “moron”-yelling father Murray, karate-rapping brother Barry and aspiring rock star sister Erica.

As the big dance draws near, Bev’s not too keen on seeing her “lil’ schmoo” dating and almost ready for college.

“The prom episode of ‘The Goldbergs’ is pretty fun, because Adam, my character, is planning on going. And he’s got to work up the nerve to ask his girlfriend to prom, but then he also has to worry about his mom trying to cancel it. He’s got a couple of battles to go through in this episode,” Giambrone said. “And the other side of the storyline is so fun. Erica has to kind of step up in her role as girlfriend for her boyfriend, because her boyfriend is kind of going through a hard time.”

Many of the characters on “The Goldbergs” are inspired by people Goldberg encountered growing up in Pennsylvania in the 1980s. This includes Adam’s date, Brea Bee (Sadie Stanley).

Giambrone worked with Stanley on the big screen, in 2019’s live action “Kim Possible” movie. He described her as a talented actor who has brought out this best in him on "The Goldbergs."

“I’m very happy about it,” Giambrone said. “She’s awesome. I really enjoy working with her. I consider her a good friend of mine. To see her on a more consistent basis and get to act with her again has been pretty awesome. I’m very happy that they decided to keep going like it has.”

Brea Bee made her debut as Adam was still getting over losing Jackie, confused about the return of Dana, and doubting his romantic game.

Though it seemed this new character would be a one and done, appearing solely as the girl of Adam’s far-off, never-happening dreams, Brea Bee has thankfully recurred, and plays a pivotal role in the season seven finale.

“What’s cool about their relationship … we touched upon on it at the start of her episode. Dana was the first girl for Adam, and was kind of like puppy love; and then the second one was Jackie, which was a really great relationship, and they kind of had this nerd love; and now, I feel like this relationship with Brea is really kind of testing all of his skills of being a good boyfriend. She’s a really popular kid, and she kind of pushes him forward to make him step up his game. It’s kind of cool.

“They obviously have a good sense of humor kind of thing going on, but it’s also he’s kind of stepping up to be a good boyfriend.” 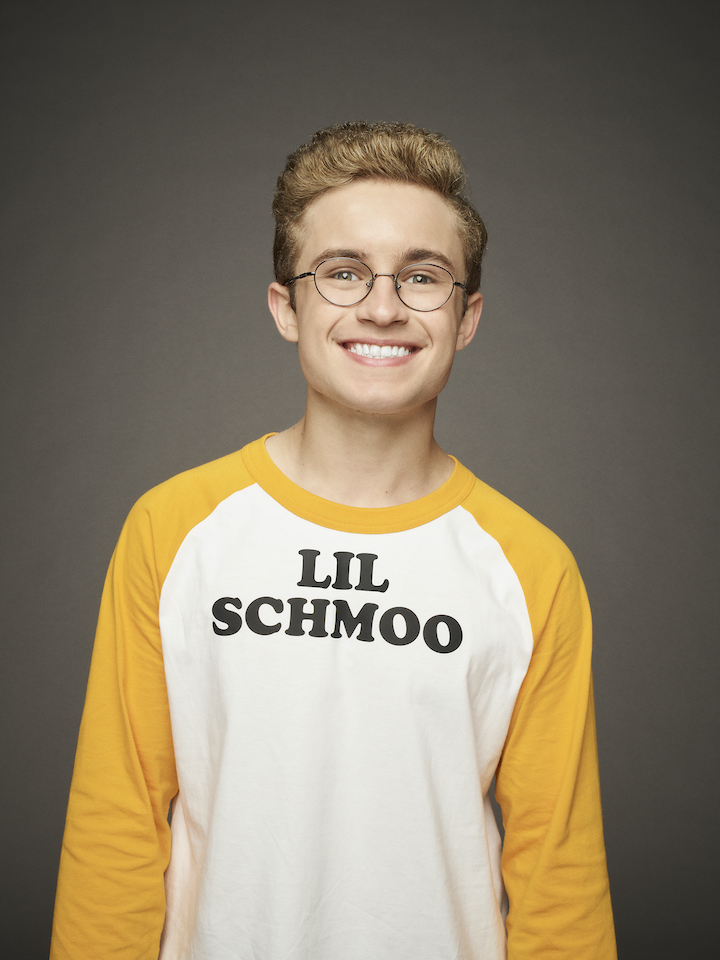 In other words, Adam is going through that awkward stage of teenage romance so many youth can’t experience in person right now. Giambrone is acting out all of the goofy, unsure, overconfident, in love feelings high schoolers are struggling to convey in quarantine.

Now, while Erica and Barry have shown up on the 1990s-set “Schooled,” Giambrone said he’s not quite ready to quantum leap into the next decade.

“I’ve thought about this; I don’t think it makes sense for me to go on ‘Schooled,’ just because they’re not sure how old I should look,” he said.

“I was thinking they should dress Patton Oswalt up as slightly younger than me now, and play an adult Adam. I think that would be a lot of fun. Brett’s character, CB, I feel would really hit it off with adult Adam. I think they’d be pals. I’d love to see Patton and Brett act opposite each other as those roles.” 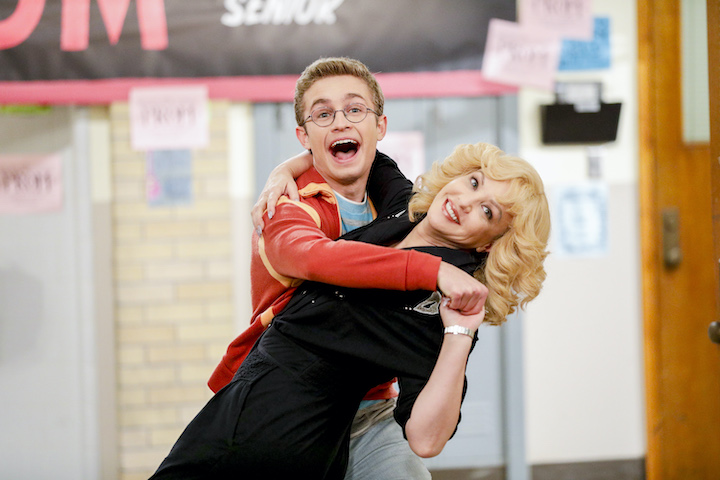 •“The Goldbergs” – “Pretty in Pink” – Adam and Brea decide to go to prom together, but when Adam worries he won’t be prom king, Beverly’s actions jeopardize the event. Meanwhile, Barry teaches Erica how to be compassionate and caring when Geoff’s dad is in the hospital. (8 p.m.)

•“Schooled” – “Clueless” – Lainey has a difficult choice regarding her relationship with Barry and her friendship with CB. Meanwhile, Coach Mellor is put in a tough parenting position when Toby is invited to prom as a freshman by a senior. (8:30 p.m.)

•“American Housewife” – “Prom” – Katie confronts a classmate’s mom when she suspects Anna-Kat is being bullied at school. Meanwhile, Taylor sets out to complete the final item on her life skills checklist – teaching Greg to shoot a three-pointer – so that she can attend her senior prom. At the same time, Oliver is sympathetic when a caller at the Teen Help Line confides that no one asked her to prom. (9 p.m.)