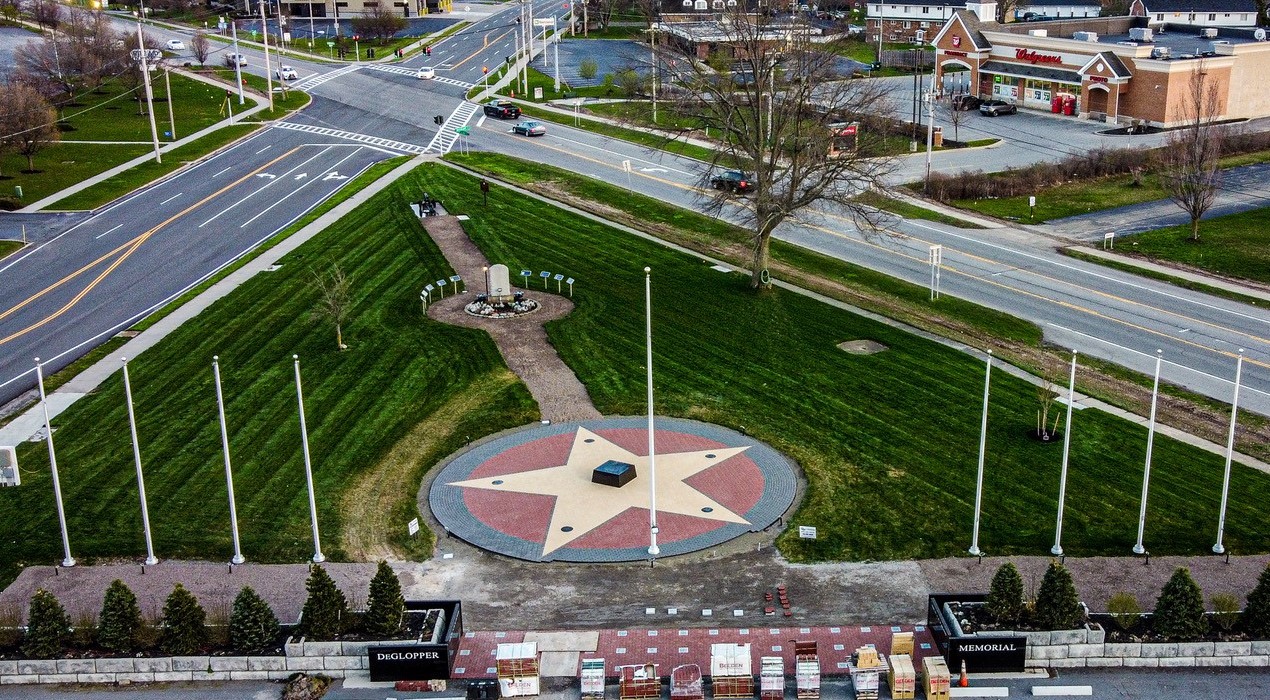 DeGlopper Memorial to honor those killed in action

When Mary Cooke was supervisor of Grand Island, she attended a meeting of the DeGlopper Memorial expansion committee in the Pvt. Charles N. DeGlopper Memorial VFW Post 9249 for one reason: to ensure the proposed statue of the town’s World War II hero would not be another “Scary Lucy.”

Cooke had heard the committee was discussing a life-sized statue to memorialize the Medal of Honor recipient in the park at the corners of Grand Island Boulevard and Baseline Road. She loved the idea, but those discussions occurred at the same time when the original Lucille Ball statue was unveiled in her hometown of Celoron, which is outside of Jamestown. The memorial looked nothing like the comedian and instantly was called “Scary Lucy.” A year later, a new statue was unveiled that looked more like the star of the “I Love Lucy” television series.

“I just wanted to be sure this statue would look like our war hero. When I saw the renderings and then went to Lewiston with Ray DeGlopper (the nephew of Charles) and another local veteran, Joe Synakowski, to meet sculptor Susan Geissler and see some of her work, I was overly impressed,” Cooke explained during a telephone interview. “What impressed me the most was how closely she is working with the DeGlopper family on every detail of the statue. When this is finally unveiled next year, everyone is going to be extremely pleased and overwhelmed by it.”

“To me, it is a great likeness of a soldier. She did a very good job on every detail,” said Synakowski, who served in the 82nd Infantry of the U.S. Army from 1945-48 and was instrumental in having the local VFW Post named in honor of DeGlopper.

The unveiling of the DeGlopper Memorial Statue in the park has been postponed until June 5, 2021, because the COVID-19 pandemic closed the foundry in Colorado that is completing the work.

Cooke, the recording secretary and long-time member of the Grand Island Historical Society, began attending the expansion committee meetings once she retired as town supervisor. She has become a valuable resource in researching the background of the 18 “Killed In Action” veterans from Grand Island. 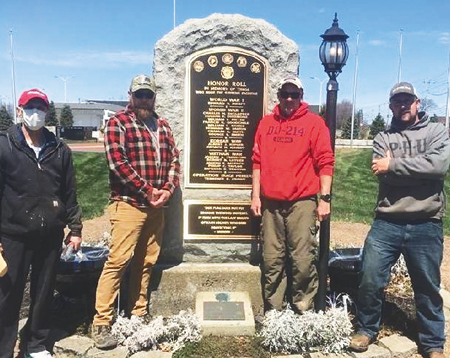 The KIA’s names and the wars they fought in are listed on a new plaque that was installed on the KIA monument in the middle of the park last weekend. Surrounding the monument are pedestals with each KIA’s photo and a short biography.

“We have 10 pedestals completed and those were easy, because family members are still around. The other eight have been a challenge, because we have had to do much more research, especially on the only World War I veteran, Edward R. Pierce,” Cooke said. “We have had to dig deep for many of the others on that wall to come up with their background information, but it has now become a labor of love and fascinating work as we are able to verify each of these veteran’s accomplishments.”

Cooke said www.fultonhistory.com has been a great resource.

Another veteran listed on the KIA wall whom they could not find any information on was George Kenny, who fought in the Korean War. Someone heard Kenny may have attended North Tonawanda High School, so Cooke went to the Historical Society of the Tonawandas and found him listed as George M. Kinney.

“He attended school in North Tonawanda but, after his parents died, he moved to Grand Island to live with an aunt, so that qualified him to be placed on our wall,” she said.

Like many on the committee who have been working tirelessly on this project, Cooke is especially looking forward to next year’s unveiling for the Island’s living veterans and the entire committee. She said, “It will be a very proud moment for each committee member, but for the veterans it will be a place of history where they can visit and learn about the 18 Island residents who gave their lives while fighting for this country. That is why I am giving my time to this worthy cause.”

Dan Drexelius, owner of Double “D” Construction on Grand Island, is the project manager. He oversaw the installation of the 24.5-inch-by-5-foot bronze KIA plaque, which was manufactured by Armento Inc. in Buffalo. The plaque states “HONOR ROLL—In Memory of Those Who Make the Supreme Sacrifice.” It lists killed in action veterans from Grand Island from World War I, World War II, Korean War, Vietnam War and Operation Iraqi Freedom.

The project is still in need of donations, and there are three different sized brick or granite pavers available. For more information, visit www.degloppermemorial.org. 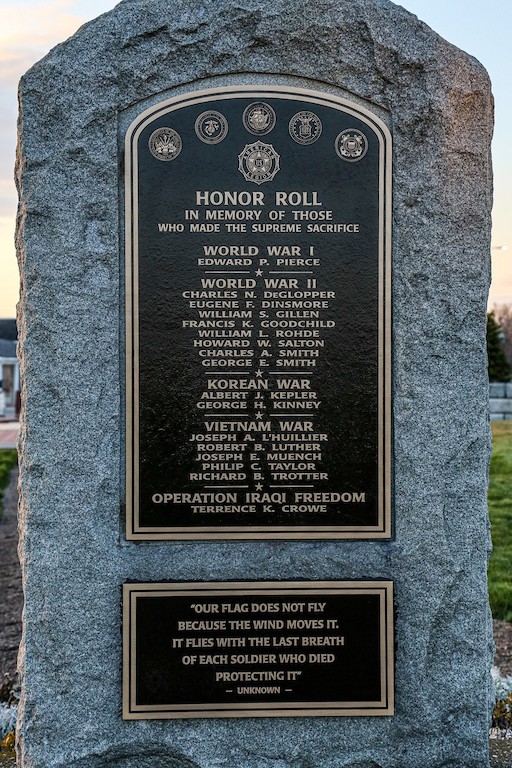