The CROWN Act: The end to hair discrimination

DeAndrew Arnold, a senior attending Barbers Hill High School in Mont Belvieu, Texas, had been suspended and told he could not walk in his upcoming high school graduation unless he cut his dreadlocks to meet his school district dress code.

Faith Fennidy, an 11-year-old girl from Louisiana, was sent home from school because her natural hairstyle, braids in a shoulder-length ponytail, was unacceptable.

Andrew Johnson, a 16-year-old junior at Buena Regional High School in New Jersey, was forced to make a decision to either cut off his dreadlocks or forfeit his wrestling match; school officials had viewed his hair as unnatural.

African American and Hispanic peoples are all victims of discrimination and are often penalized against by places of work and school because of the texture and style of their hair.

Did you know that it is completely normalized for an individual to get fired or discriminated against or suspended from a place because of his or her hair in the United States?

In the year 2020, minorities are seen as less than because of their hair ... that was until The CROWN Act.

The Create a Respectful and Open Workplace for Natural Hair Act was introduced in 2019 by Sen. Holly J. Mitchell, DOVE and the CROWN Coalition in California. It seeks to protect both employees and students from discrimination based on their natural hair and hairstyles associated with their race.

McGregor wrote, “California State Sen. Holly J. Mitchell (D), who wears her hair in locs, said Bracey’s talk resonated with her own experience and those of young black women in her district. She said her staff suggested drafting legislation, dubbing it the CROWN Act.”

Behind The CROWN Act, there are numerous teams working together and coherently to push the legislation forward. One of the women behind the scenes is Adjoa B. Asamoah, impact activist and lead strategist for The CROWN Act. When speaking on behalf of the legislation, she stated, “The CROWN Act is a piece of legislation that explicitly categorizes hair as a racial characteristic. Hair discrimination is the least spoken about injustice, yet we know it exists. The CROWN Act helps to ensure the protection of minorities preparing to go into the working field. Ultimately, black and brown hair is professional.”

Let that sink in for a little.

On The CROWN Act website, it confirms that, "across the country, black people are disproportionately burdened by policies and practices in public places, including the workplace, that target, profile, or single them out for natural hairstyles – referring to the texture of hair that is not permed, dyed, relaxed, or chemically altered." 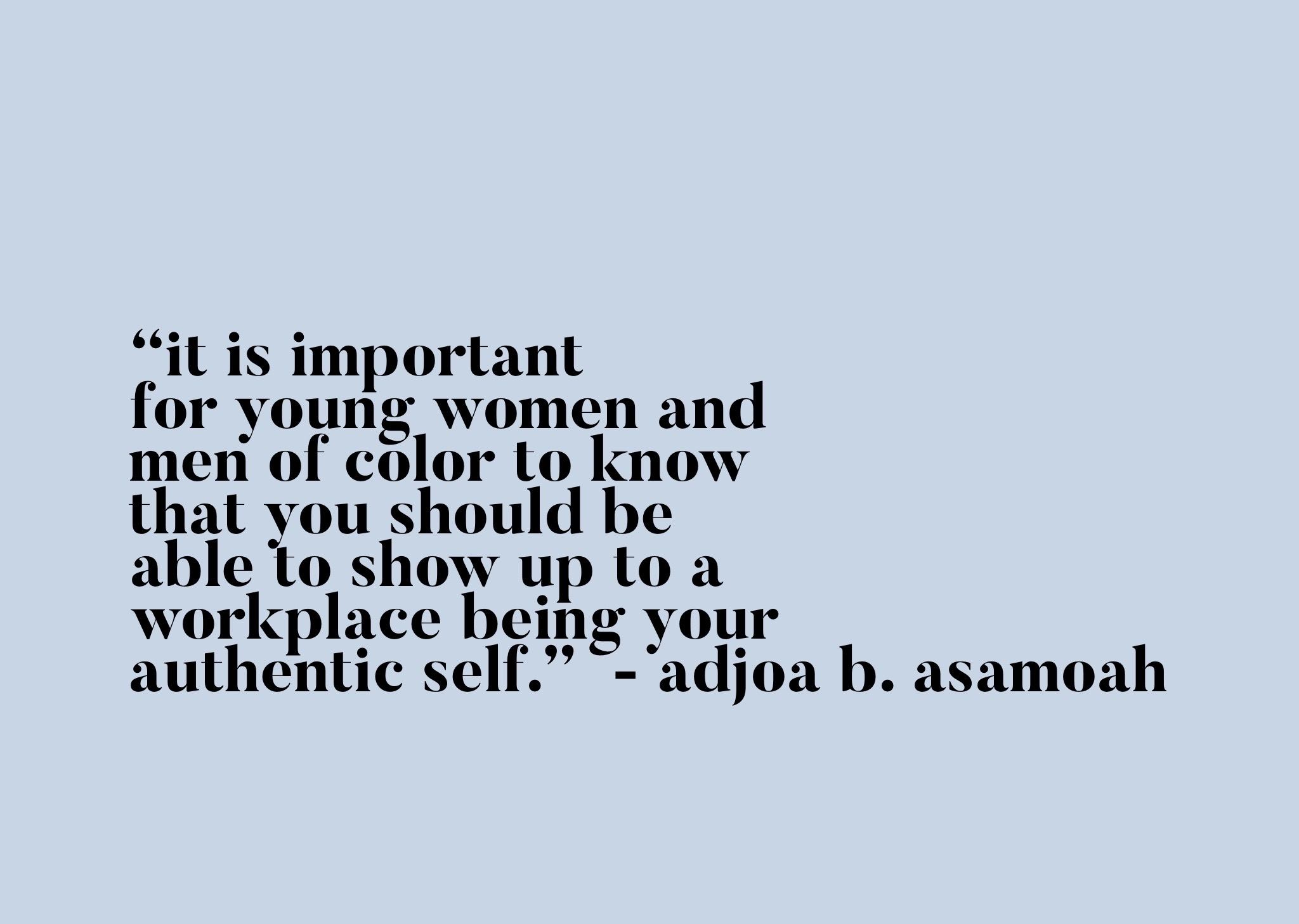 Of course, with such accusations or thought-provoking statements, there must be proof!

"In order to qualify for the survey, women must have been employed full-time and currently working in an office or sales setting or worked in a corporate office in the past 6 months. 92% of the non-black sample were white women. ... The data supports the claim that black women's hair is more policed in the workplace, thereby contributing to a climate of group control in the company culture and perceived professional barriers." (Thecrownact.com) 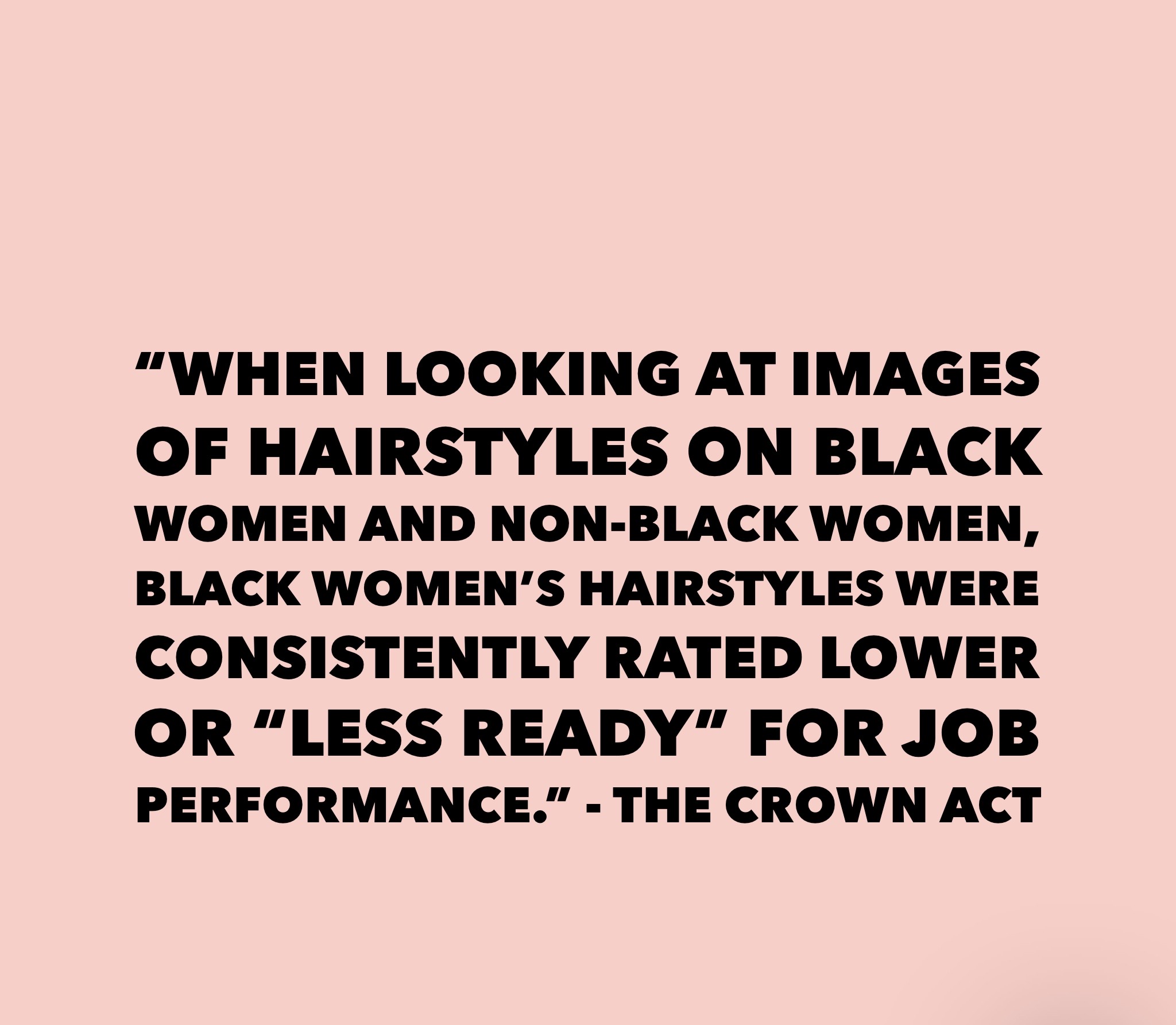 Another woman working behind the scenes is Marcy Polanco, public relations campaign leader for The CROWN Act. She stated, “Working with DOVE, the CROWN Coalition and the incredible talent behind this movement has been such an amazing and powerful experience.”

Polanco, who is also head of communications for JOY Collective, said, “The CROWN Act is an important step in ensuring that black and brown men, women and children in our schools and workplaces are protected and able to rock their natural hair without being discriminated against. Natural hair is beautiful. Period. No matter where they live or the color of their skin.”

Asamoah said, "There are no major civil rights movements that did not involve college students. College students are not too young and not too old; they are the new generation that must initiate change with the way they’re technologically advanced. All of the movements you’ve learned about have gotten its start with students! Students have always, always, played a pivotal role in movements in U.S. civil rights movements. … Students need to lean into their power as advocates and activists.

“When speaking specifically with The CROWN Act, in order to really move black and brown people forward in the workplace society, there must be an intergenerational approach towards civil rights and advancements. Specifically, when there's movement having people call and email the legislators serving in Congress is the best thing anyone could do to initiate change.”

New York Gov. Andrew Cuomo was the first to sign this legislation into law. New Jersey quickly followed in New York’s footsteps. The CROWN Act has now passed in six states and was even introduced as a federal bill by Sen. Cory Booker and Congressman Cedric Richmond. 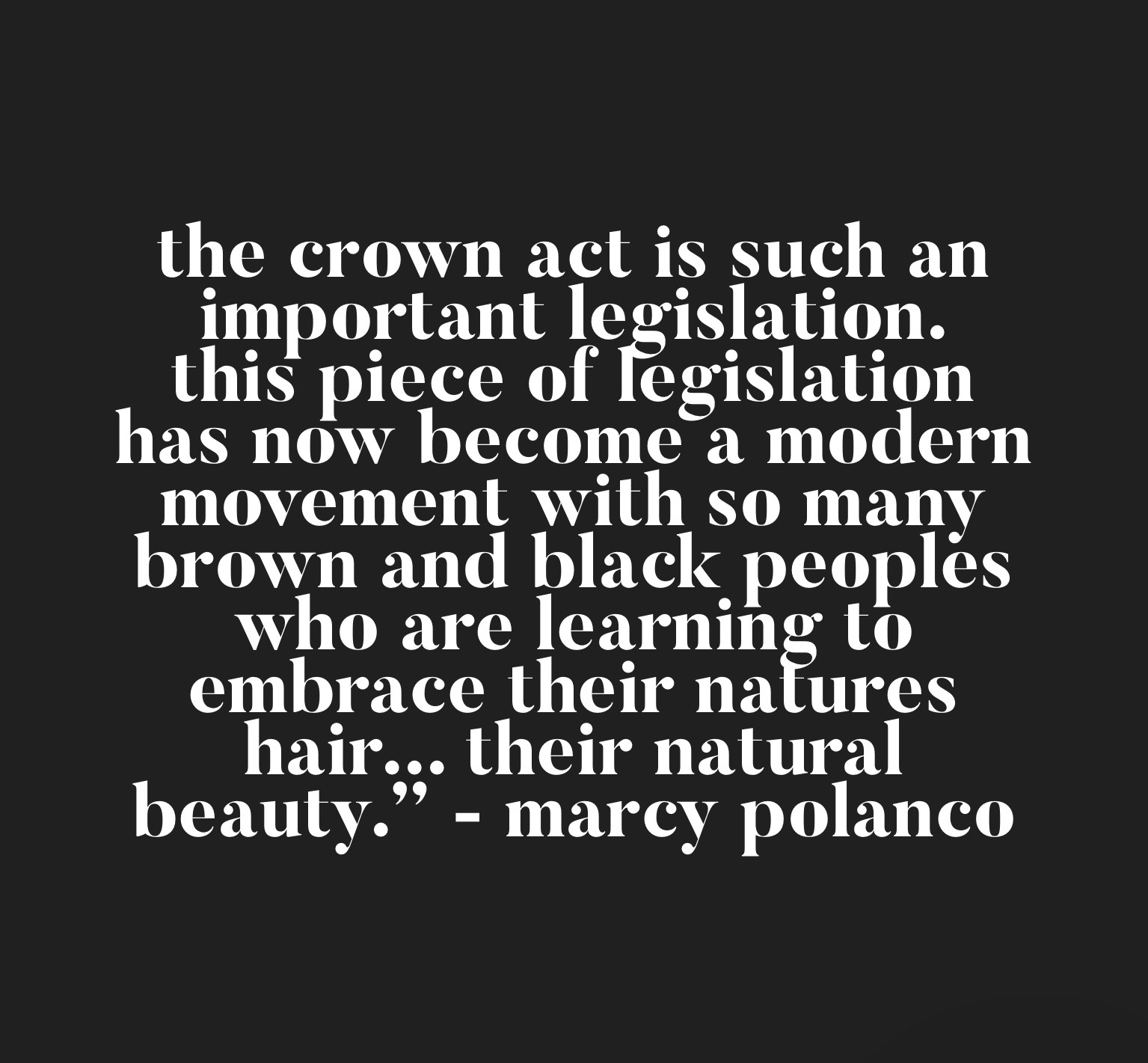