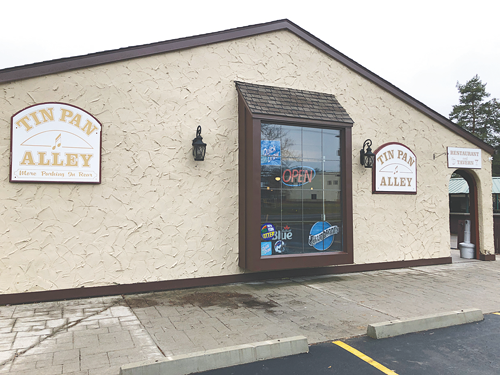 The Lenten fish fry has become increasingly popular in the past decade, as more and more eateries have added haddock or cod to their menus. While some are still learning how to perfect that beer batter or the keys to quality coleslaw, Lewiston’s Tin Pan Alley has long since mastered the fish fry. In fact, its dish has been a spring staple in the River Region for a quarter-century.

William Castiglione took over ownership of Tin Pan Alley in 2019. Prior to that, though, he was working inside the famed kitchen.

Fish frys are available on Wednesdays and Fridays.

“I offer beer-battered, breaded, and then baked and broiled, and then I have a parmesan-crusted baked and a Cajun baked,” Castiglione noted. “They all come with coleslaw, tartar sauce, and then a choice of potato, which would either be baked potato, french fries, mashed potatoes, and also a side of rice, or steamed vegetables.”

With seafood so popular at Tin Pan, “We do baked fish every day,” Castiglione said.