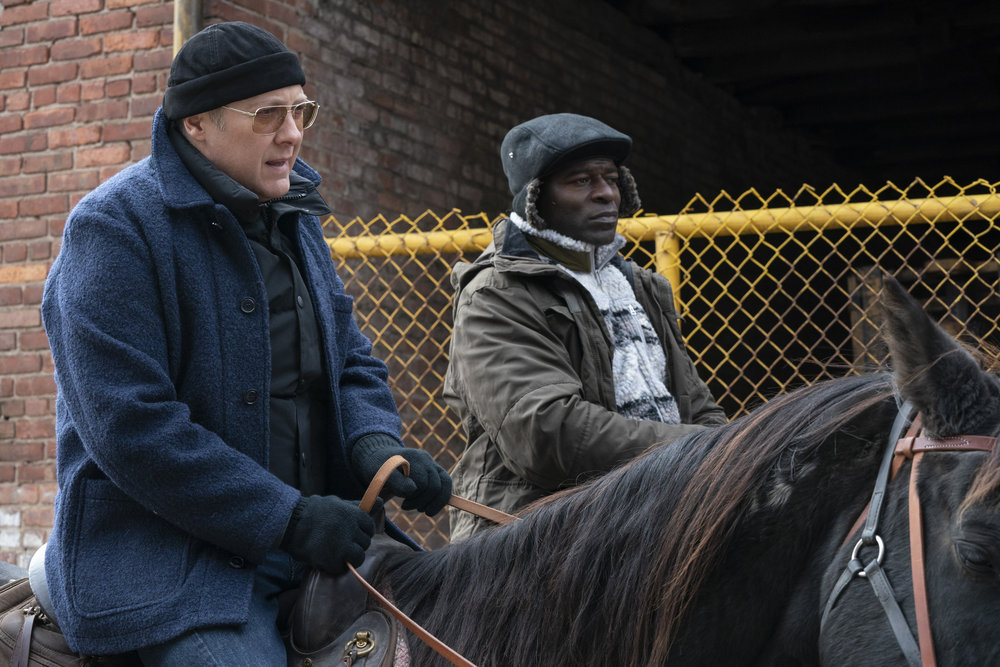 The COVID-19 pandemic has temporarily shuttered many forms of entertainment, including movie theaters, bowling alleys and shopping malls. Restaurants and bars are limited to takeout or delivery, and events – if still happening – can’t have more than 10 people at a time.

So, what can we do to pass the time?

Now, what’s important to keep in mind, here, is that all TV shows are not made equal.

Some are so bad, they’ll make you want to go out for a walk, or talk to relatives on the phone, instead.

“The Blacklist” is not one of those programs.

With its compelling storylines, tight acting and just plain fun plot twists, “The Blacklist” is the perfect show to binge – or just jump in fresh when the series returns from a midseason break on Friday.

Existing fans have been on the edge of their seats waiting to see what will happen with FBI agent Elizabeth Keen (Megan Boone) and her quest to free her mother, Katerina Rostova (Laila Robins), from past oppressors; and discover the identity of Raymond “Red” Reddington (James Spader), a most-wanted criminal she formerly thought was her father (he’s not – we think).

New fans can just jump on the “J-train” and enjoy the ride. Spader is marvelous as a man who always has an outlandish story – and someone who never lets principles get in the way of progress.

Keeping “Red” in check – and still a fan-favorite, despite him being, well, a serial killer – is Dembe (Hisham Tawfiq). Originally presented as a bodyguard-type protector, Dembe has transformed into a mentor, business confidante and life friend.

Surprisingly, Dembe left “Red” not long ago, following a trail of dishonesty that led to the death of Elizabeth’s husband, Tom (“New Amsterdam” star Ryan Eggold) and the mischievous Mr. Kaplan (Susan Blommaert).

Dembe returned just in time to save “Red” from attack. Now, they are closely monitoring Katarina’s involvement with Elizabeth. 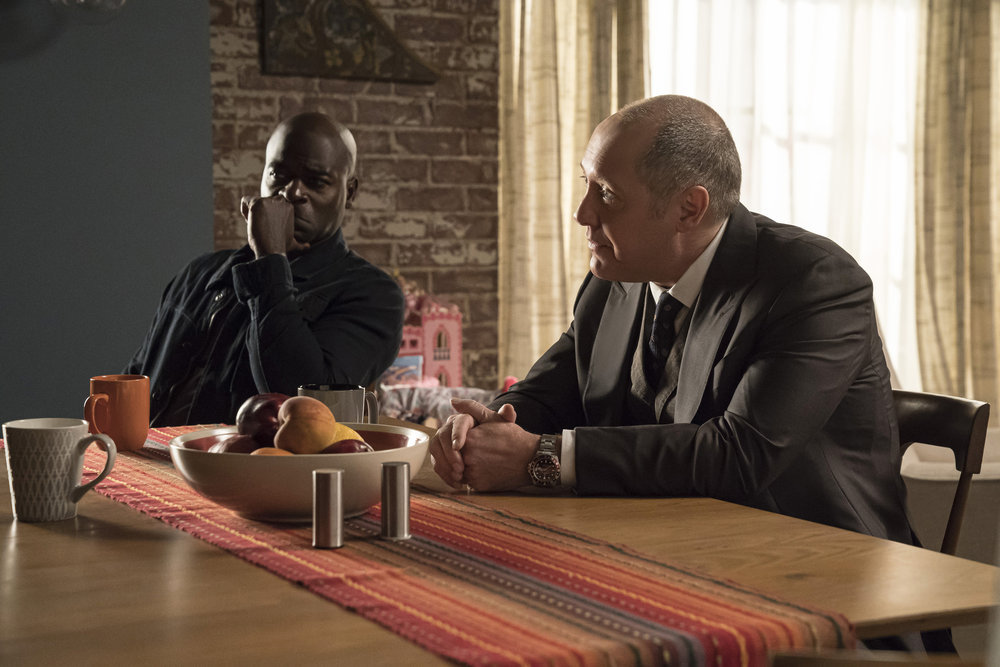 Q: You guys got you got some good news in February with another season renewal – kind of an early renewal. And in that renewal, NBC, of course, pointed out the fact “ ‘The Blacklist’ continues to tell exciting and imaginative stories with a brilliant cast crew and writing staff.”

What did it mean to get that pickup?

Hisham Tawfiq: I think that was huge, and it was actually a first, for me. I think the last time I remember getting that type of early pickup was during the first season. And I think the second season, I think they told us we had a early pickup for three. As far as I can remember, since season two, that was the last time we got news this early. Usually we waited until almost the last minute in June; so, it was pretty exciting, I think, for everyone to know that we got a pickup that early in the season.

Q: NBC was very complimentary – and rightfully so – about the cast and crew and the creative team. What continues to inspire you about this role, about this show? What excites you about going to work every day?

Hisham Tawfiq: (Laughs) Well, specifically speaking, I know I'll start with my character, Dembe. I know I have been in many conversations with the Jons (Jon Bokenkamp, John Eisendrath, John Davis, John Fox), just about the storyline of Dembe, and some new avenues that we could explore.

So, I was extremely excited with season six, with some of the things we discussed just about Dembe having this consciousness and being torn about working and being aligned with Red, but then also aligned to also doing what's right for himself personally – and just being a good person and doing the right thing.

And in season six, that was explored, which was truly exciting for me. And I think, going into season seven, we will be building on that. So, that's something that has personally been exciting for me, but then also it trickles down the line with how Dembe reacts with almost everyone on the cast.

The writers, the creators, everybody just continues to build on this foundation that they laid so beautifully in season one; so, you'll see all of the characters just continuing to grow.

And I think on other shows that I've seen and I've watched, it usually becomes stagnant, and it just becomes repetitious; but I think they've done a great job – an excellent job – with expanding on each character individually, which then affects the whole team and the whole cast of the show.

Q: We've been on quite a journey the past few seasons with trying to find out the identity of Red, and with the bones, and Mr. Kaplan, and everything that went on with that. Before we talk about where we're going, let's take a step back and remind people about Dembe. He has always been sort of the moral center of the show, and I guess the moral center for “Red” – if, in fact, you can say “Red” has a moral center. But Dembe decided to step back from “Red” for a while. He obviously came back, and we're happy to see him back with “Red.”

Why did Dembe leave – and why do you think he came back, from your perspective? Why do you suppose Dembe continues to be on this journey with “Red”?

Hisham Tawfiq: Part of my discussions with the creators was just exploring the conflict, because I don't think – I mean, we saw the conflict, you know, for a while, between some dialogue between “Red” and Dembe just about what he was doing, “Tell the truth,” “Don't do this,” “Don't kill this person.” But I think one of the conversations we had was just exploring the conflict, about Dembe having his own spirituality. And what that would look like, if it wasn't aligned with “Red’s” character.

(“Red” saved Dembe from a life as a child soldier; he took him under his wing. At that time, Dembe pledged his life to protect “Red.”)

So, in exploring that, I think, when Dembe goes off and he explores this, the spiritual side, this religious side, with his religious leader, and he explains why he's torn. And I think he is kind of comforted with the advice from his spiritual leader that, “What you're doing is right”; you know, “Keep your word – your word is your bond. As long as you move in those parameters, then you would be OK.” And that's the reason – and the only reason – that I think Dembe returned, is because he felt that his consciousness was somewhat soothed with those conversations with his spiritual adviser. 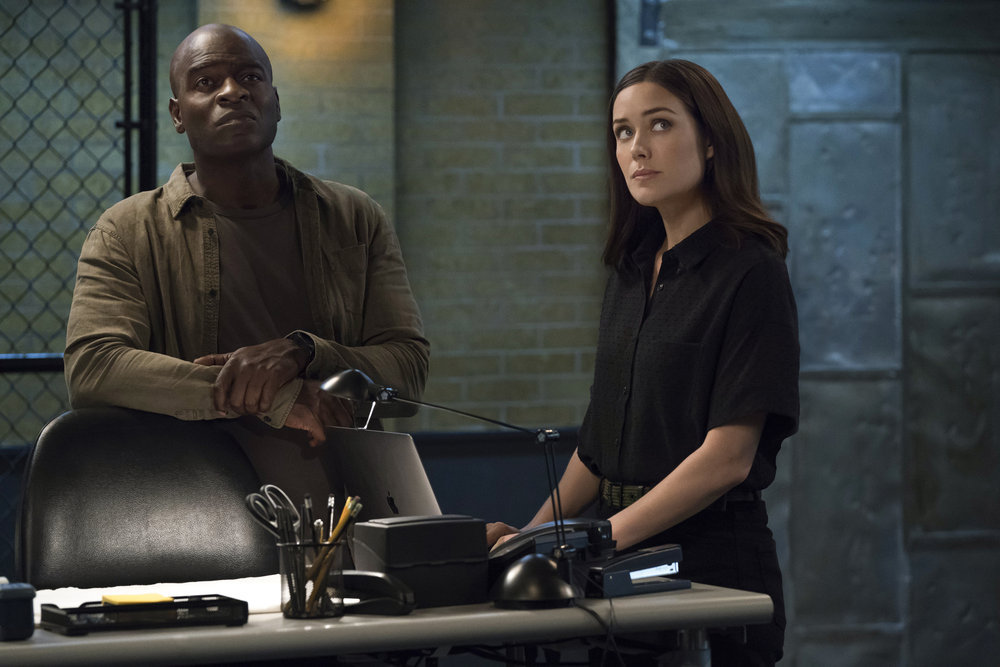 Q: Dembe has been trying to nudge “Red” into being more honest with Elizabeth. Do you think that he is going to ultimately be successful in that endeavor, or do you think he's going to kind of keep butting up against the wall here trying to convince “Red” to do the right thing?

Hisham Tawfiq: (Laughs) Let me see how I can word this. I think what’s going to be exciting about the return of the show is I think that whole cat and mouse game is going to really be flipped on its head.

Q: All right. Tell me a little bit about Laila Robins. The Katarina Rostova role has been really exciting to watch. What's it been like to watch her interact with James? What would you say she has brought to the storyline in the past couple of episodes?

Hisham Tawfiq: Well, the interesting thing is Dembe – it's funny because, anytime a blacklister comes on, or someone who's against “Red,” for some reason, just me personally, when I see those guest stars come in, usually I don't get to talk to them. So, I don't get to know them personally. So, I kind of treat them, when I see them, whether we're in our cast chairs or doing a scene, as an adversary – as someone who’s just no good (for “Red”).

But the interesting thing with Laila Robins is I had just finished watching “The Boys.” And she did an amazing job on that – so much that when I saw her, I had to just tell her, “I really like the show,” and loved her work.

And we were working one day, and we were in the green room, and there was a pool table. So, we played pool for about an hour. And she’s such a sweetheart, and I got to know her pretty well, and we had a lot of conversations. But the funny thing was that, I think we played four or five games, and she won every game, because I scratched the eight ball on the last shot (laughs).

It was my first time really interacting with a character who didn’t have the best interest for “Red” in mind. It was just interesting – it was like if I was outside of my body watching myself, Dembe, play pool with Laila – Katarina. It was like just kind of a surreal moment.

Q: I know you are limited as to what you can say about the upcoming episodes, but what, in general terms, can you say fans should be excited about as we conclude this chapter?

Hisham Tawfiq: Wow. I think they should be excited about Katarina. I think they should be excited about some other characters whose backgrounds will be explored. I think – except for Aram’s character, who we’ve seen a lot, just with his relationships and his dealing with his personal life outside of the war room, and how it kind of weaves in and out of that – I think, for the rest of the season, the fans should be excited about the other characters, and how their backgrounds will be explored. I think that is going to be something really exciting to unfold, and that’s with me not knowing what the last three or four episodes of the season look like. But I would say it's been – as they always do – it's like, at midseason a lot of things got turned up.

So, I think everybody should really be excited about what they're going to see with these other characters.

Q: I'm sure you've got a lot on your plate with season seven but, in the press release for your renewal, it did say, “Wait until you see what's in store for season eight.”

“The Blacklist” airs Fridays on NBC. It returns this week with an episode at 8 p.m. Visit https://www.nbc.com/the-blacklist. 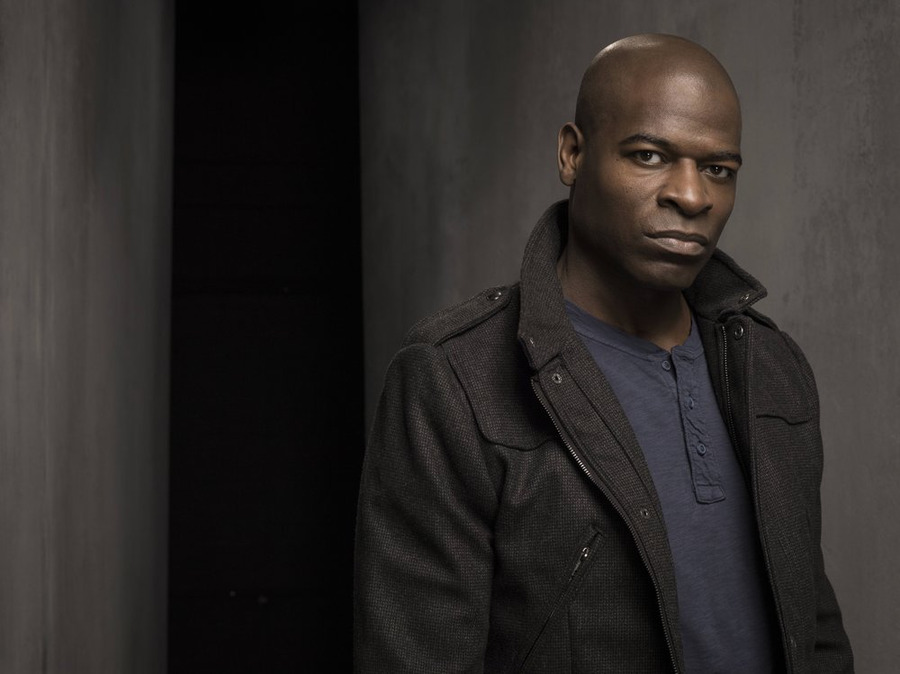