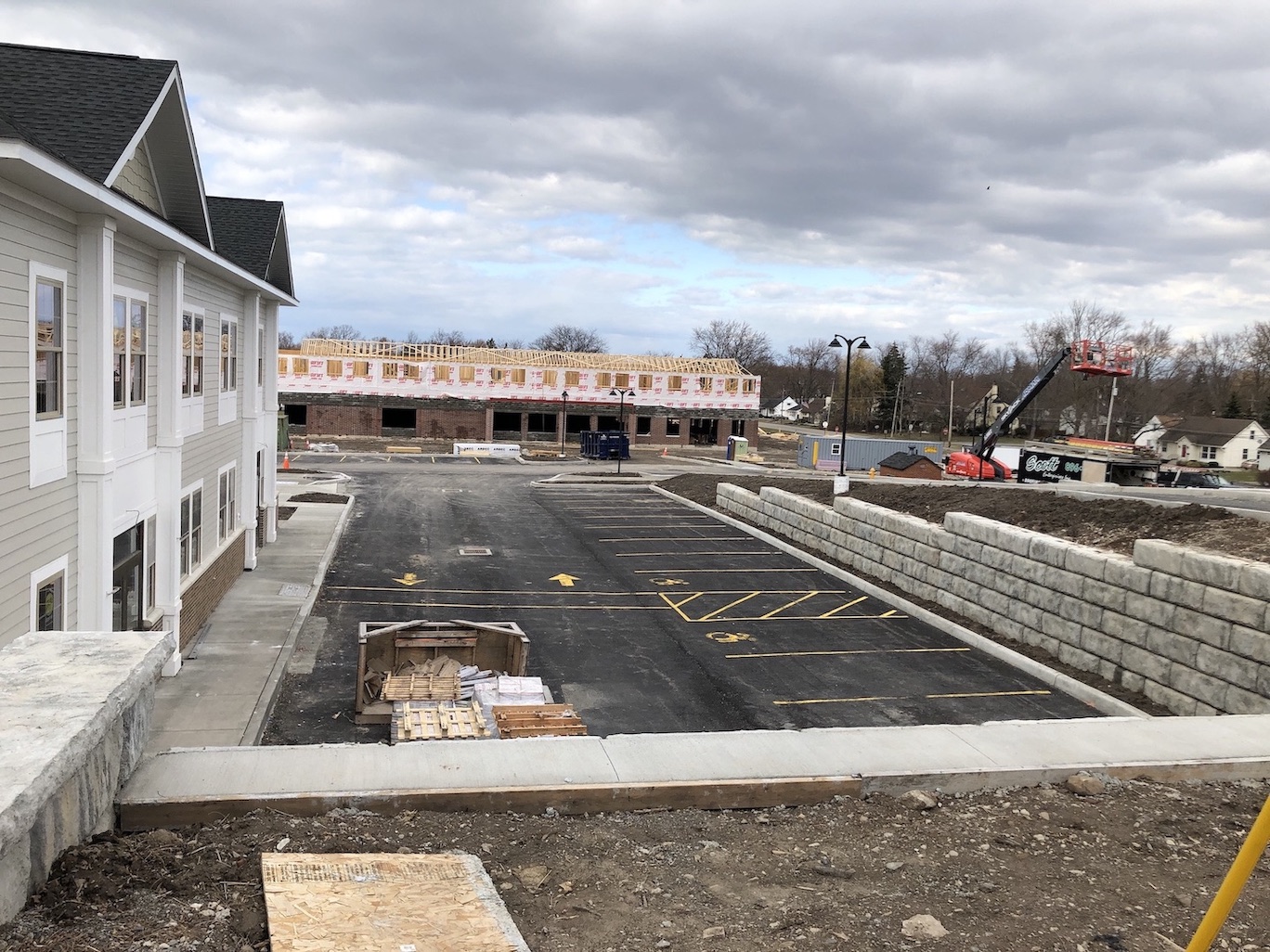 A look at the soon-to-be-open plaza.

Work is continuing in earnest on the Center Street-fronting properties, while construction crews also are hard at work on the largest structure, building No. 3, which abuts Onondaga Street.

The Sentinel was told the target opening date for building No. 1 is April 1. On Thursday, CEO Bill Paladino said his company is, “Shooting for around that date.”

Building No. 1 is located next to Sue’s Frame of Mind. Its most prominent tenant is Tim Hortons.

The signature red Tim Hortons drive-thru window was recently installed, and the drive-thru lanes are in place. However, on Friday, two individuals at franchise owner CRB Holdings Inc. said they expected to open closer to May 1.

Paladino said building No. 2, which, at one point, was described as a combination of retail and restaurant space, is eyeing a May 1 debut.

Paladino previously told The Sentinel, “We open buildings as we complete them and obtain tenancies.”

This week, he declined to name additional tenants, but, upon learning NFP has received favorable comments about the design of the first two buildings, said, “We are excited about the project.”

“I’m excited to see it nearing completion,” she said Friday. “The project really looks nice and fits in the village. I’m just looking forward to it opening.” 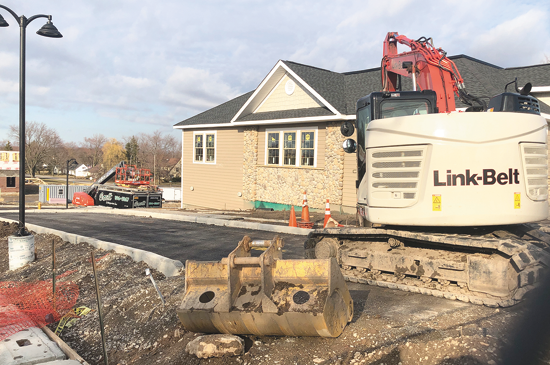 Construction workers were seen this week working on the plaza’s Center Street entrance and sidewalks. 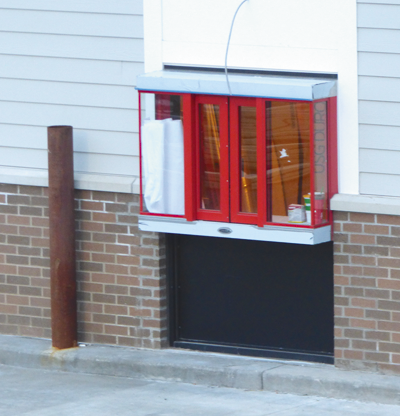 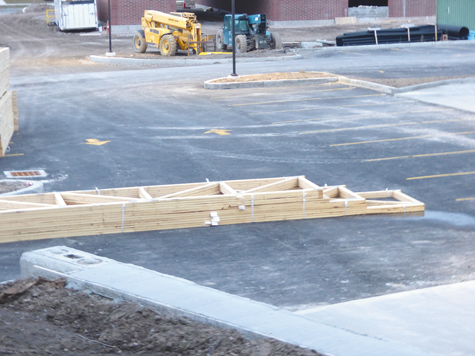 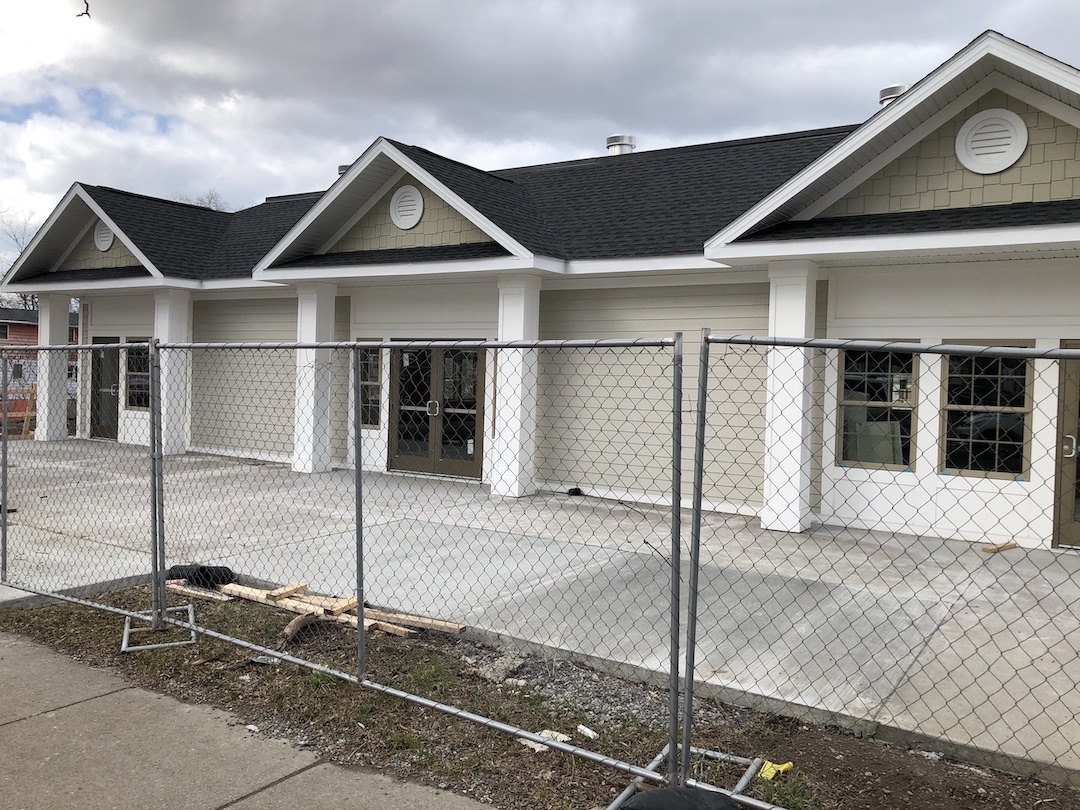 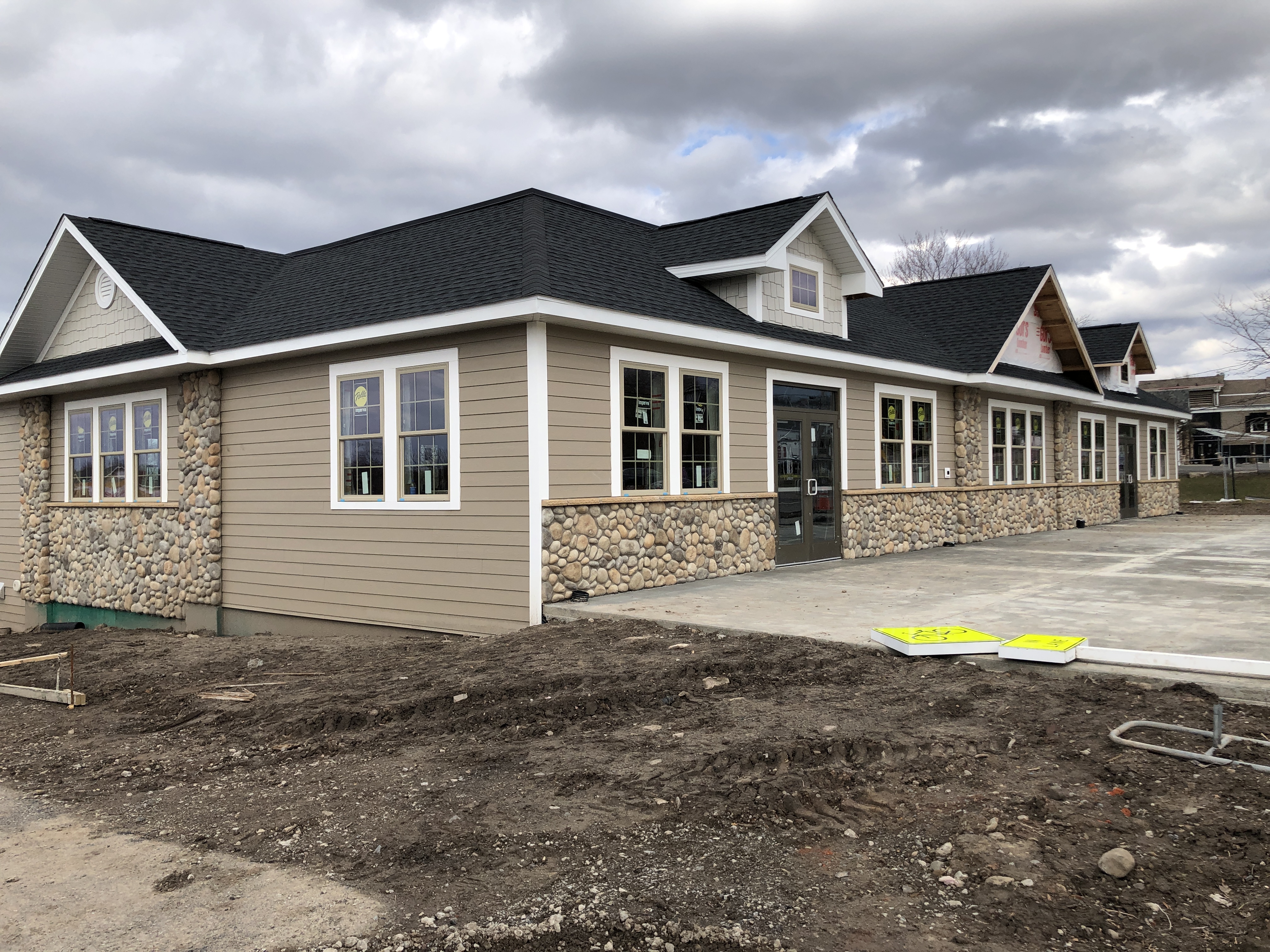