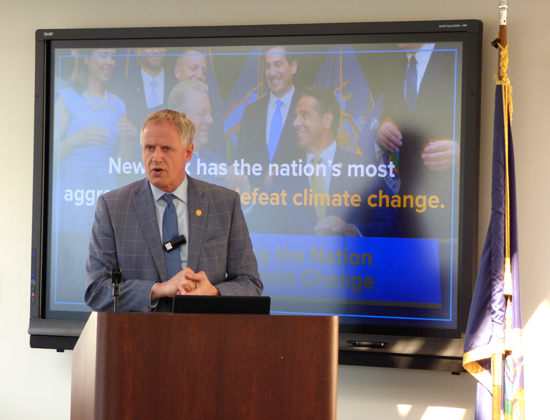 The statewide roundtable tour educating stakeholders on Gov. Andrew Cuomo’s latest plan to counteract climate change and global warming made a stop in Lewiston on Monday.

Cuomo unveiled his proposal on Feb. 13. His team explained, “If ultimately approved by the voters in November, the bond act will fund critical environmental restoration projects in every corner of the state to ensure New York is able to withstand the threat of more intense and frequent storms fueled by climate change. The bond act is part of an unprecedented $33 billion commitment to fight climate change over the next five years.”

“This has been sort of an extraordinary year for climate action in New York,” Kulleseid said. “Last summer, the governor signed into law the Climate Leadership and Community Protection Act, which really puts New York on a path to the most progressive climate program in the country, if not the world. And if you think about the context of that, obviously, New York has been impacted as much as any state, really, or any location in the world, by climate change.”

He referenced Superstorm Sandy, tropical storms Irene and Lee, a Halloween storm in Herkimer County, and, of course, flooding along Lake Ontario.

“That is really key: In New York, when you think about climate change, it is about flood damage,” Kulleseid said. “New York has had an average of 83 flooding events and $135 million in damages. And when you compound that with development and runoff in communities, it just exasperated (the state), and we really need to address these issues.”

It’s “A call to action reminding us that it us: We have disrupted the national balance, and it’s up to us to take action. It has to be us – it has to be us as a population – and New York can be a leader here,” Kulleseid said.

He noted the bond act was created for “reducing/mitigating flood risk in our vulnerable communities; (creating) resilient infrastructure that is making sure our infrastructure has the capacity to handle the kind of storm events and other things that we’re seeing; restoring healthy fish and wildlife habitats. There's, obviously, huge benefits: If those habitats are healthy, then our communities are healthier; more open space protection, and recreation … then really getting New York ready for the impact of climate change.”

The bond act is part of Cuomo’s proposed budget.

“We need your help,” Kulleseid said. “The bond act, right now, is just a proposal. So, your help is needed. There’s more steps to go in this process.”

“Between now and April 1, the governor and the Legislature will be sitting down and working through the final budget, the details of the language, the details of the act, and then, presumably, April 1, if everyone comes together and it is approved," he said. "It is not approved for funding at that point. At that point, the consensus will be put to the voters. Between April and November, there'll be meetings, whether in the community or across the state to listen to you.”

He added, “A lot of that is up to you and your networks to make sure this bond act gets passed, to the extent you support it. On Nov. 3, the voters decide. And then, really starting immediately next winter, it’s a matter of getting back together, identifying those projects we’re going to move on.”

“It is time for everyone to come together and make this happen,” Kulleseid said. “You know the rhetoric, ‘We are trying to save the planet.’ That’s what we're trying to do here in New York, as a leader. Why can't we be the leader, as we just take this on for everybody?” 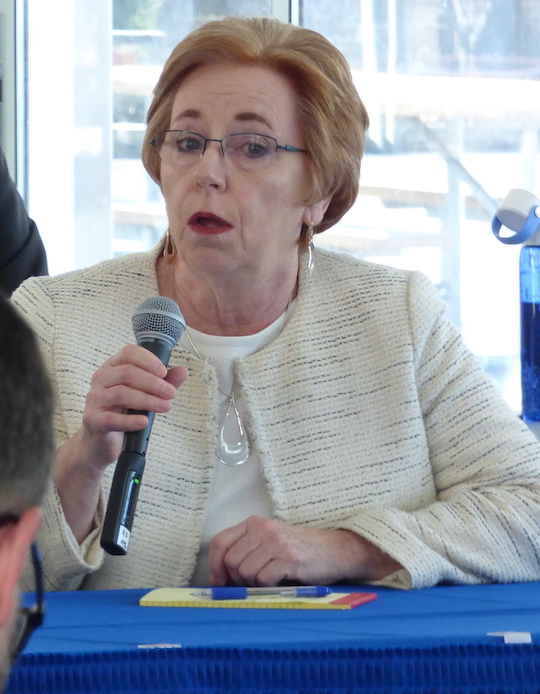 “This is an opportunity for us to hear from you – hear from you what your priorities are; hear from you what the needs are. We’re actually particularly interested in understanding the needs of disadvantaged communities, and we think the people in this room, you can speak to us more about that – about how we make sure this works for all New Yorkers, and not just a select few.” 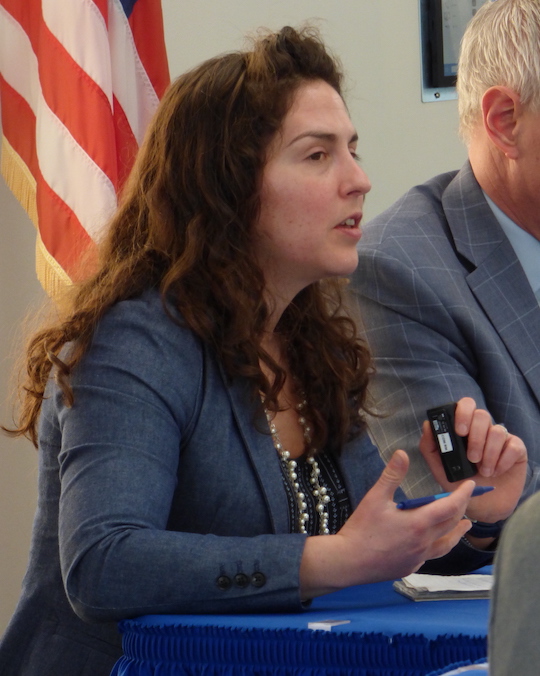 Lefton said, “As we do these roundtables across the state, we’re really looking to partner with community members as we do this, and local regional groups that are making a big difference in the community, really acknowledging the governor’s intent to ensure that, as we think about the opportunities and really the needs to address the challenges across the state, it’s really a ground-up approach.”

Jedlicka explained, “Here in Western New York … nothing is done by any individual group or organization. All of us around the table, in one form or another, have come together to make a lot of change for our environment and our community.”

She further stated, “I know that, through Waterkeeper’s efforts within Albany, they're working with the administration to kind of proactively start to identify some priorities for Western New York. And I say, ‘some priorities,’ because, right now, this is one lens that we in one organization offer, with an understanding of what our local environment is. But we also strongly advocate for as much engagement as possible – from the grassroots, from the other organizations, from the communities, from the municipalities – (they) will certainly weigh in on what their priorities are over time.”

“We are home to two Great Lakes,” Jedlicka said. “There's a lot of talk about Lake Ontario and the lake levels there, but we're also dealing with very similar problems on Lake Erie. So, we're kind of sandwiched between these two Great Lakes along the Niagara River and thousands of miles of tributaries, all of which are impacted by climate change and by habitat degradation. So, this bond act will certainly be able to have multiple impacts within our region, if we really prioritize on those projects that have the biggest and best potential outcome.

“Initially, when we started some of our conversations, we tried to really break it down into some categories of the types of projects and things that we see that are needed here in Western New York.” 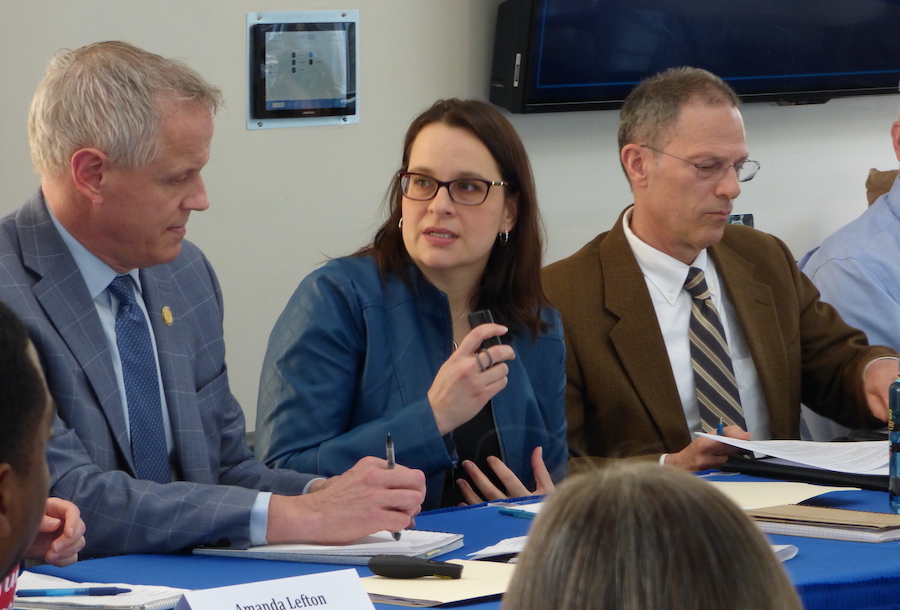 “Ultimately, the concept of Great Lakes, of climate resiliency, our shorelines, all along Lake Erie, all along Lake Ontario, $3 billion is probably not enough just for those two legs and those two shorelines. But, as communities, and as I'm assuming you're going to be bringing municipalities into these conversations, those leaders and those residents will be able to voice what their concerns are, and what they see the immediate needs are.

“And it's important for that conversation that we not just rebuild or protect what was put there in the past and rebuild infrastructure that might be exposed for future damage again. As a community, I think we're starting to see a shift in how we plan for our waterfront communities. So, we're not just always redeveloping in the same floodplains. Maybe it's time, and maybe this bond act will help us start thinking differently about how we interface with our waterfronts and our lakes, so that we can preserve and protect the best of what's left, in terms of that open space that provides that resiliency, that provides that buffer for us; and for minimal input and minimal financial costs, we can have a greater benefit in protecting all.”

When introducing the bond act, Cuomo said, “We face a crisis for the planet and you only get one chance to fix it before reaching a point of no return. We recognize the magnitude and urgency of what we're dealing with – because if you don't save the planet, everything else is irrelevant.”

In a statement Monday, Cuomo said, "Western New York, like every corner of the state, has been affected by severe weather in recent years – and that's why we must act before it's too late. New York has launched the most aggressive approach in the nation to combat climate change and a critical part of that effort is the Environmental Bond Act, which will allow us to restore damage to habitats and protect communities from flooding." 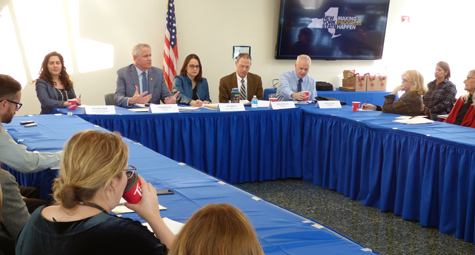 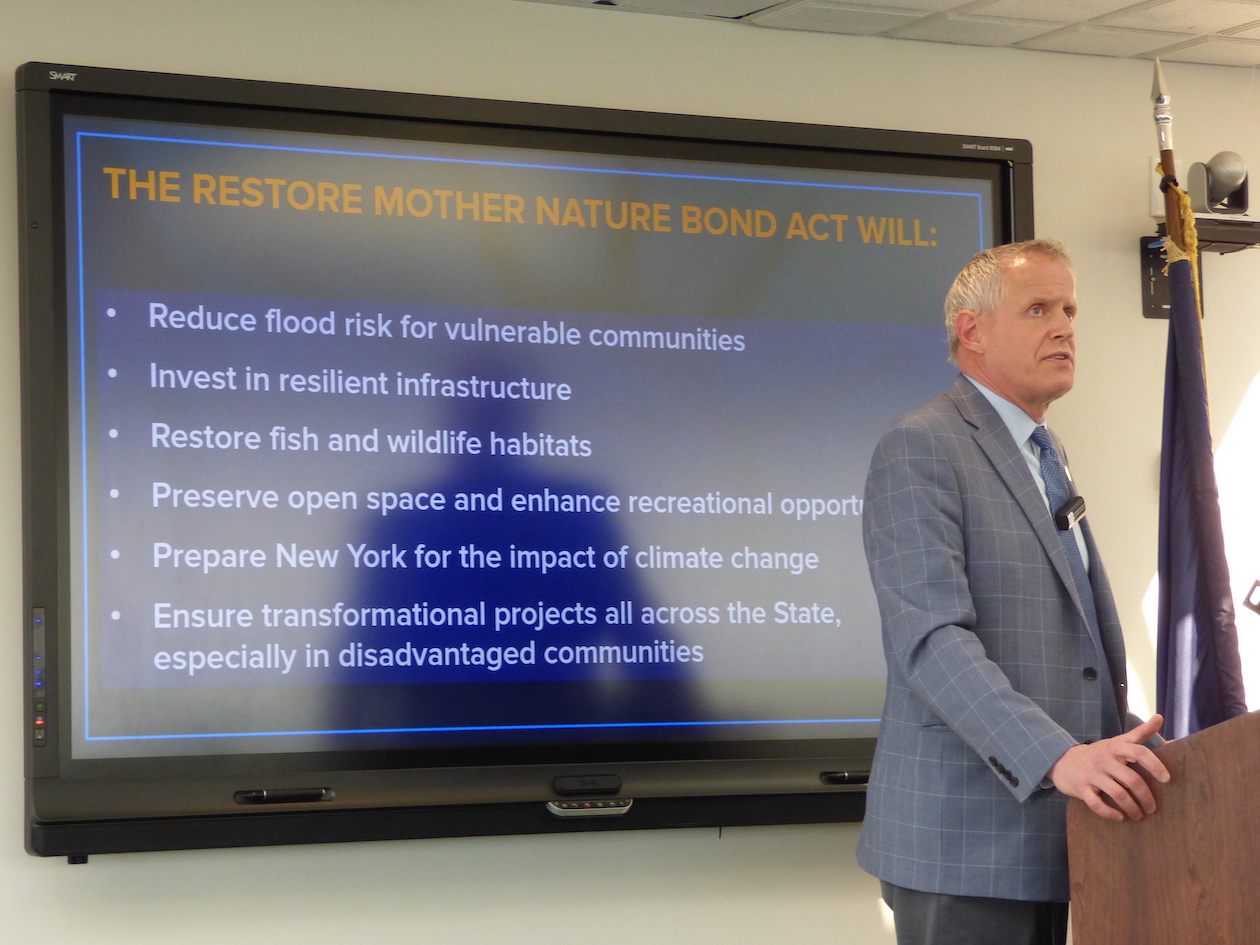 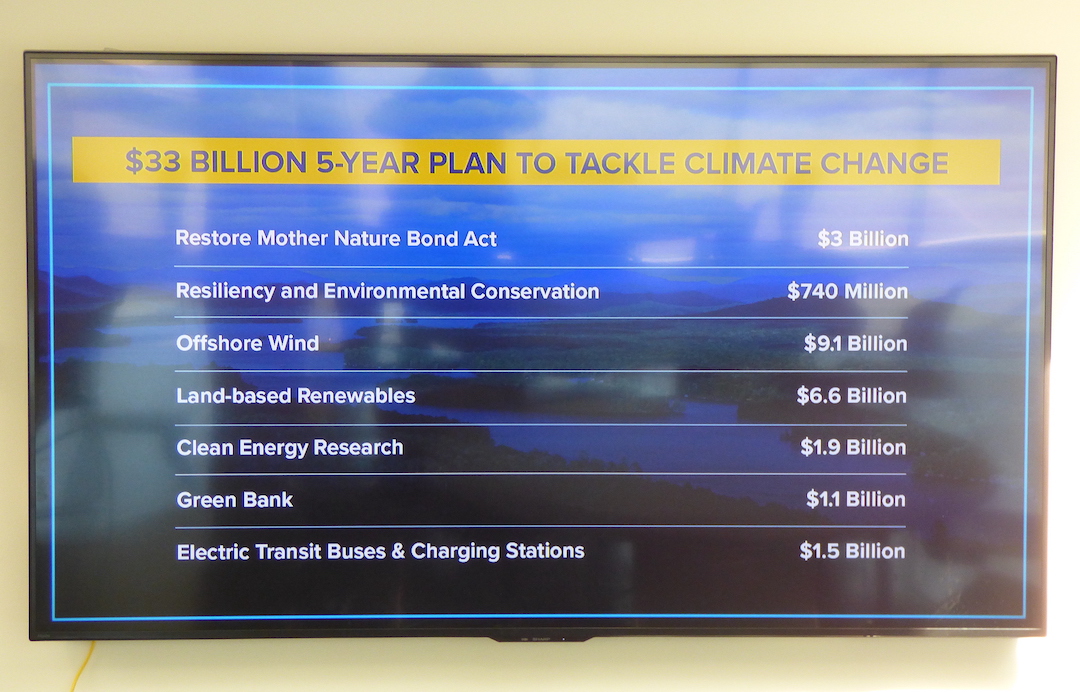