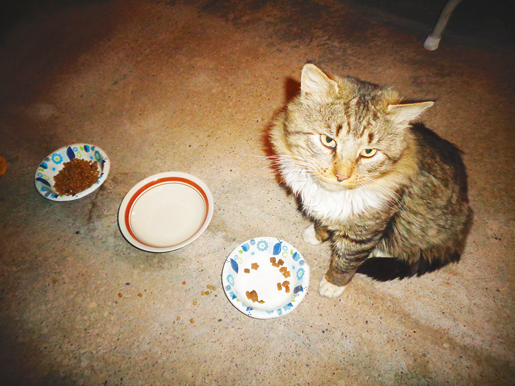 This cat was called "Big Boy" and survived several months outside, but also contracted leukemia and had to be put down. Noel did survive, and is shown below.

It’s getting pretty cold out and, with the harsh weather, comes several charitable organizations looking to serve those who have the least. There is one group that is undeniably at risk and it’s not even our species.

There are more stray and feral cats in Niagara Falls than homeless humans. So says the Niagara County Society for the Prevention of Cruelty to Animals.

Kimberly LaRussa, a representative of the Niagara SPCA said, “As a no-kill shelter, the Niagara SPCA has to control/regulate admissions. Stray cats typically go on a waiting list (except for extenuating circumstances) and they are called in as space permits. With the shelter’s recent adoption event, we have freed up cat kennels and have called in quite a few off the list,” she explained. “We do accept stray cats when space permits. With over 300,000 stray cats in Niagara County alone, it is not possible to accept every stray cat. However, we will always accept sick or injured cats regardless.”

Kathy Paradowski is an independent animal rescuer – someone who helps out stray cats find homes, but doesn’t work with any one animal shelter. She said the crux of the problem is the former owners of the felines, many of who abandon their pets when moving.

“They leave, and leave their cats behind,” Paradowski said. “It’d be great to educate the public of that. Be responsible adults and either call a shelter, find a family member to take them, but just don’t leave them behind – and just don’t open the door and leave them outside.

“A lot of people don’t spay or neuter and they’re making babies. … It’s people who are causing this problem.” 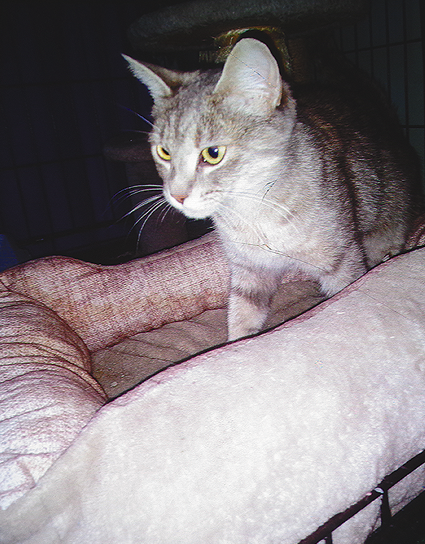 Paradowski was recently called on by two neighbors in Niagara Falls who had watched the activities of two such cats. Neighbors were feeding them, but mostly they were attempting to get back into the house they used to live in. According to the two women, the lady who lived in the upper apartment had let them out in May.

“There were a lot of issues, and everybody has them today, but that was the wrong thing to do,” said Sandy Coyle, a neighbor who was concerned about the welfare of the felines. She and her husband constructed a small shelter filled with hay to help the cats through the winter.

“I would see (one of) the cats all the time, running through my yard and going over there,” she said. “In the summer, I really didn’t think about it too much, but as it got colder, I thought, ‘Oh no, these kittens were indoors, now they’re outside. It’s cold.’

“Initially, (another neighbor) was putting food out in the back porch which would’ve been the entrance to the cat’s (former) apartment. … She or he was scared all the time. I decided to put out food, too, for this cat and another bigger cat (from the same household).”

Soon, leaving a bowl of cat food outside evolved into making a small shelter from a plastic tote with a hole in it, enough to keep the food and the cat dry.

The neighbors called every animal shelter they could find, but said none called back.

Paradowski took one of the cats to the vet to be sterilized and undergo a surgery for a hernia. She was brought to a temporary home where she was renamed “Noel” and weighed 5 pounds, 2 ounces. It’s the hope that, after months of living outside, she’ll return to being a friendly domestic cat, one that is adoptable.

The larger cat was trapped a few days later, but had feline leukemia, as well as FIV, a feline AIDS disease, and had to be put down.

Paradowski urged people to be responsible owners and not abandon pets. Local shelters beside the Niagara SPCA include:

•Diamonds in the Ruff – https://diamondsintheruffanimalrescue.rescuegroups.org/