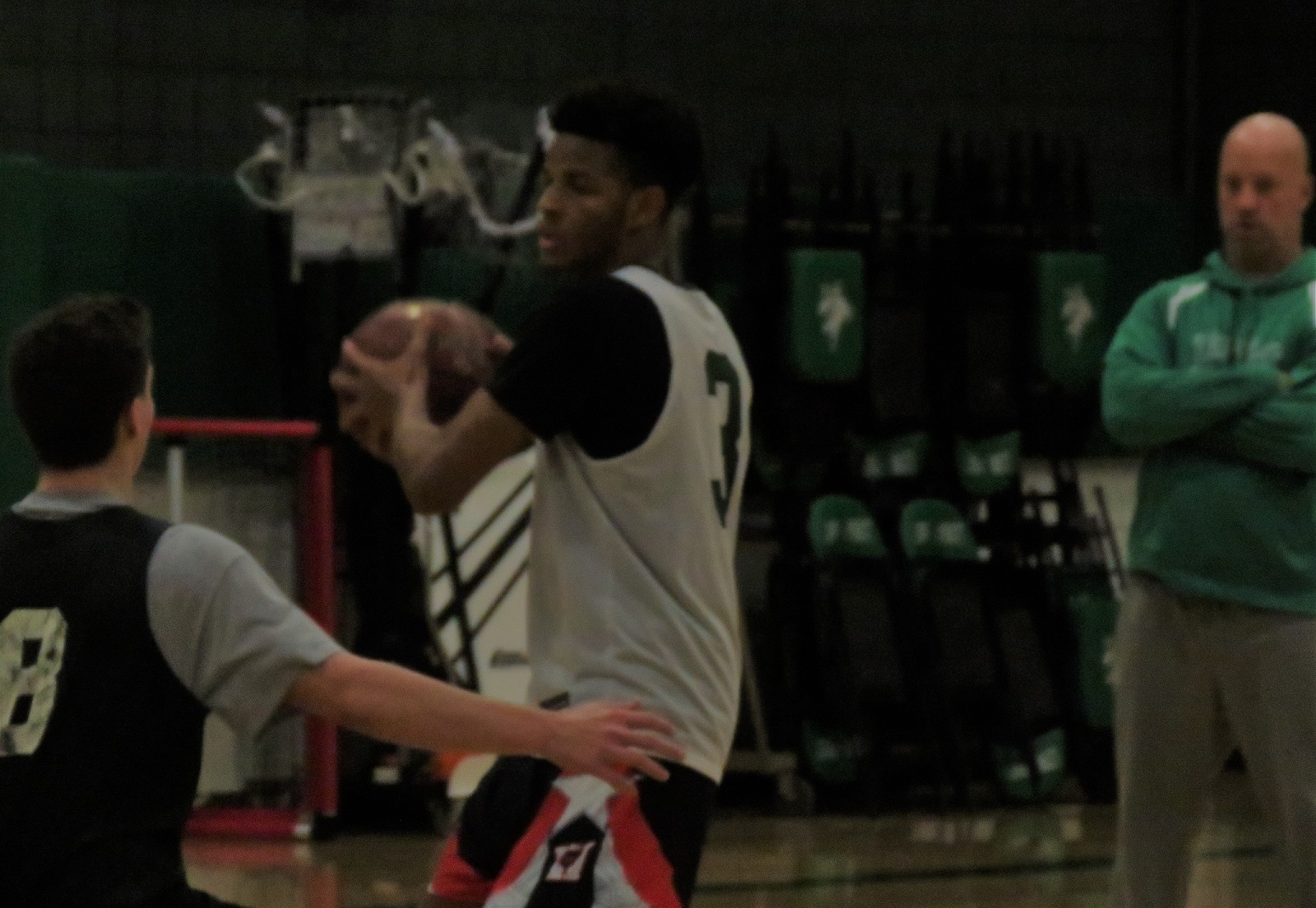 The Lewiston-Porter Lancers 2018-19 basketball season could be summed up in one word: historic.

The squad went 21-4, won the Niagara Frontier League title  – a feat that hadn’t been accomplished in 34 years; was victorious in the Section VI Class A championship; and made an appearance in the Far West Regional, before the season came to a close. All in all, it was the program’s best season in 41 years.

For the 2019-20 season, coach Matt Bradshaw will have to fill holes of graduates such as Trent Scott, who could put up 20 points any game of the week, and Zach Clayborne, whose energy, rebounding and defense were effective in last year’s successful season.

“What people don’t realize is what we lost. You can’t replace Trent’s 20 (points per game). … You can’t replace Clayborne’s energy. That’s the one kid that is that glue to our team last year. … We gotta fill the holes of those we lost. It may not just be one person, it may be have to be a couple people,” Bradshaw said.

The coach added it was “the others” who made the team what it was last year, referring to key reserves from the 2018-19 team.

Despite that, the team returns a load of talent, including 3-point specialist Jack Bernstein, whose role will expand this season from just the catch and shoot guy; freshman point guard Jalen Duff, who will run the point for the Lancers for a second consecutive year and said he feels even more comfortable in his role; and, oh, they have that Roddy Gayle kid. Gayle had quite the summer and fall, as NCAA Division-I offers seemed to come in on a daily basis.

For Gayle, interest came from big-time schools such as Tennessee, Syracuse, Wake Forest, Georgia, Oklahoma and Alabama, just to name a few. And coming off a stellar 2018-19 season  – where he was an All-NFL first-teamer, and All-Western New York honoree  – Gayle’s game only improved over the summer. In fact, Bradshaw said he and Gayle worked out in the Lew-Port gym the next day following the Lancers’ season-ending loss in the Far West Regional.

“He knows for our team, personally, he’s gotta be better than what he was last year, and he is. He’s worked on his game since the last game last year,” Bradshaw said of his sophomore sensation. “His jumper looks a whole heck of a lot more consistent than it was last year, his handle is a lot better, his overall game has been a lot better. I think he’s grown as a player and I think he’ll get a lot better this year. There’s going to be a lot expected out of him this year, too.”

“Throughout the summer, I feel I’ve become better defensively and become more of a great teammate and leader,” Gayle said of the growth in his game. “I’ve just pushed my teammates to do their best and try harder.”

Gayle will draw a lot of attention from opposing defenses this season, but Bradshaw said he’s confident in the guys he’s putting on the court. In addition to Bernstein and Duff, the Lancers received a boost when Mehki Starks transferred to wear the Kelly green and white. Starks will look to provide a spark with his defensive energy and as a key component to the offense.

Coming off such a historic season, expectations are as high as they’ve ever been on the Creek Road campus. Despite the high standards the team has set, Bradshaw has told his team to just take it one step at a time.

“We may have some growing pains throughout the course of the year until we find those ‘others,’ until we find what our identity is. Because I think what won us ballgames last year won’t necessarily win us games this year. Roddy is going to be Roddy, Jalen is going to be Jalen, but we pressured the ball a lot last year and we’re trying to find out if we can do that. And I think most teams are in that situation right now – they don’t really know who they are until a little after Christmastime.”

Bernstein added, “(The goal) is to go just as far and become bigger and better, work on everyone coming up and keeping a strong team fundamentally, shooting wise, defensive wise.”

Duff and Gayle agreed the team needs to outhustle other schools and work together to have the continued success from last season.

The Lancers have hefty non-league tests on their schedule this year. L-P will go against some of the best in the area, which could provide a competitive edge come postseason and in league play.

Opponents include a season opener versus the defending Catholic School state and federation champs The Park School; Canisius High School, a power in the Monsignor Martin league; Williamsville South, a team that’s always competitive in the ECIC division; Middle Early College, a team that made a deep playoff run last season through the state final four; and Aquinas and Bishop Kearney, two big names out of Rochester’s Section V.

“In order to be good, you have to play the best teams, whether you win or lose,” Bradshaw said. “That’s going to prepare you for the sectionals. It’s just to go in, play good teams and play well, regardless of the score.”

Bradshaw noted that, for the opener against Park, he hopes his team comes out of it playing well regardless of the score at the end of the game.

“They’re a lot tougher competition,” Bernstein said of the non-league contests. “They got a lot of good players. … We have to play as best as we can against those teams, because they’re going to be coming after us because of how good we were last year.”

Gayle said, “We have a lot of tough teams, so I think it’ll better prepare us for the playoffs – when times get hard  – just to see how we battle through adversity and how we come together as a team and fight through it all.”

Duff remarked, “It’ll definitely help us, because it’ll get us battle tested for the league games. So, it’ll prepare us for what comes.”

In addition to the non-league schedule, the Lancers will be tested in a league matchup versus Niagara Falls. The Wolverines will look to avenge a loss in last year’s league title matchup, as the Lancers look to defend their title. That matchup will take place Jan. 28.

Going forward, Bradshaw said he likes how the new-look Lancers work together and kids have bought in and put the work and enthusiasm to get to where they are now. Gayle, Bernstein and Duff agreed with Bradshaw that the team is unselfish, and players work together to try and get victories.

The Lancers hit the floor for the first time at home at 6:30 p.m. Wednesday, Dec. 4, versus Park.