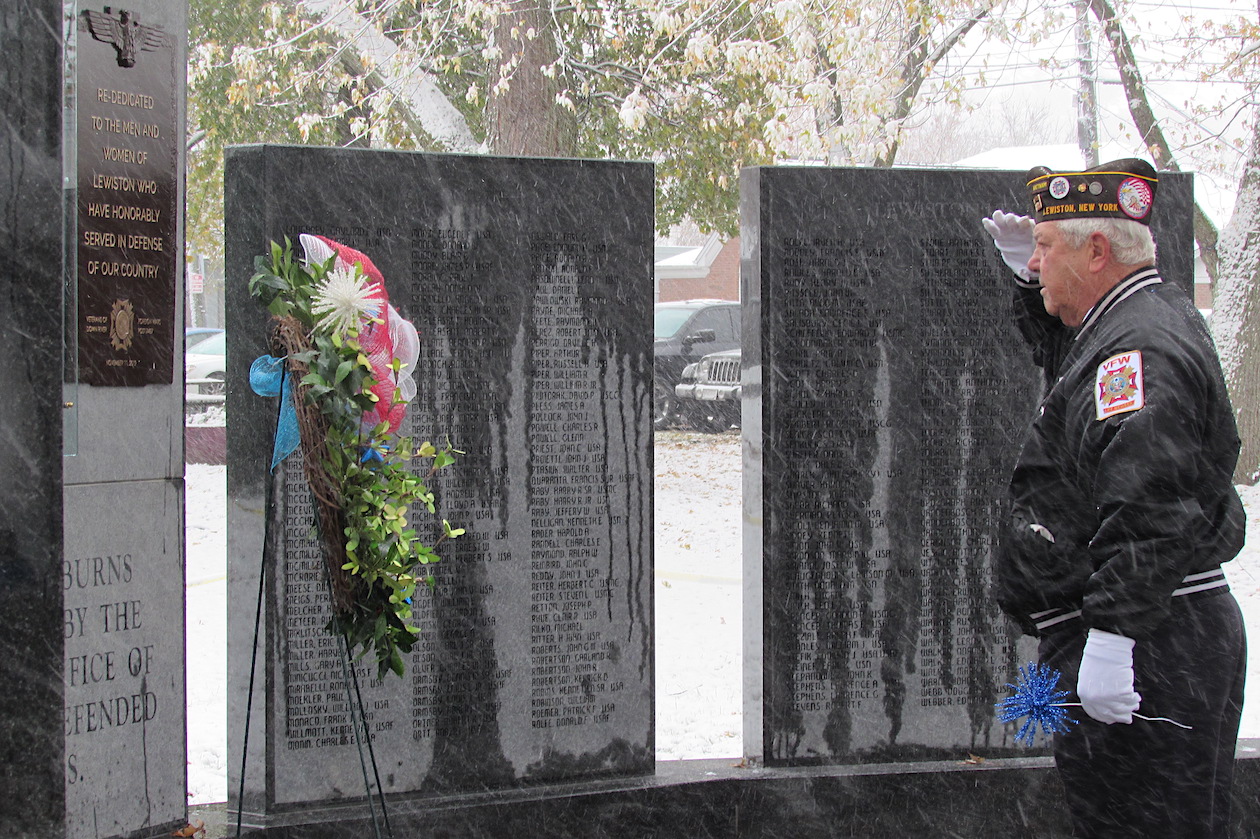 Veterans of Foreign Wars Post 7487 held a Veterans Day observance at the 11th hour of the 11th day of the 11th month, in honor of those who served this country in the armed forces. The event took place at the new “Circle of Honor” memorial at Academy Park in Lewiston.

Federal Judge Michael Roemer served as master of ceremonies on Monday morning, and led members in tribute to their fallen comrades. Flowers were placed on a wreath, and then taps was performed.

Following the ceremony, VFW members had breakfast at Syros Restaurant. Cmdr. Bill Justyk welcomed the group and invited everyone to return for the “Circle of Honor’s” official unveiling.

After nearly two years of planning, fundraising, engineering and construction, the new Veterans of Foreign Wars “Circle of Honor” will be dedicated during a nighttime ceremony at 6:15 p.m. 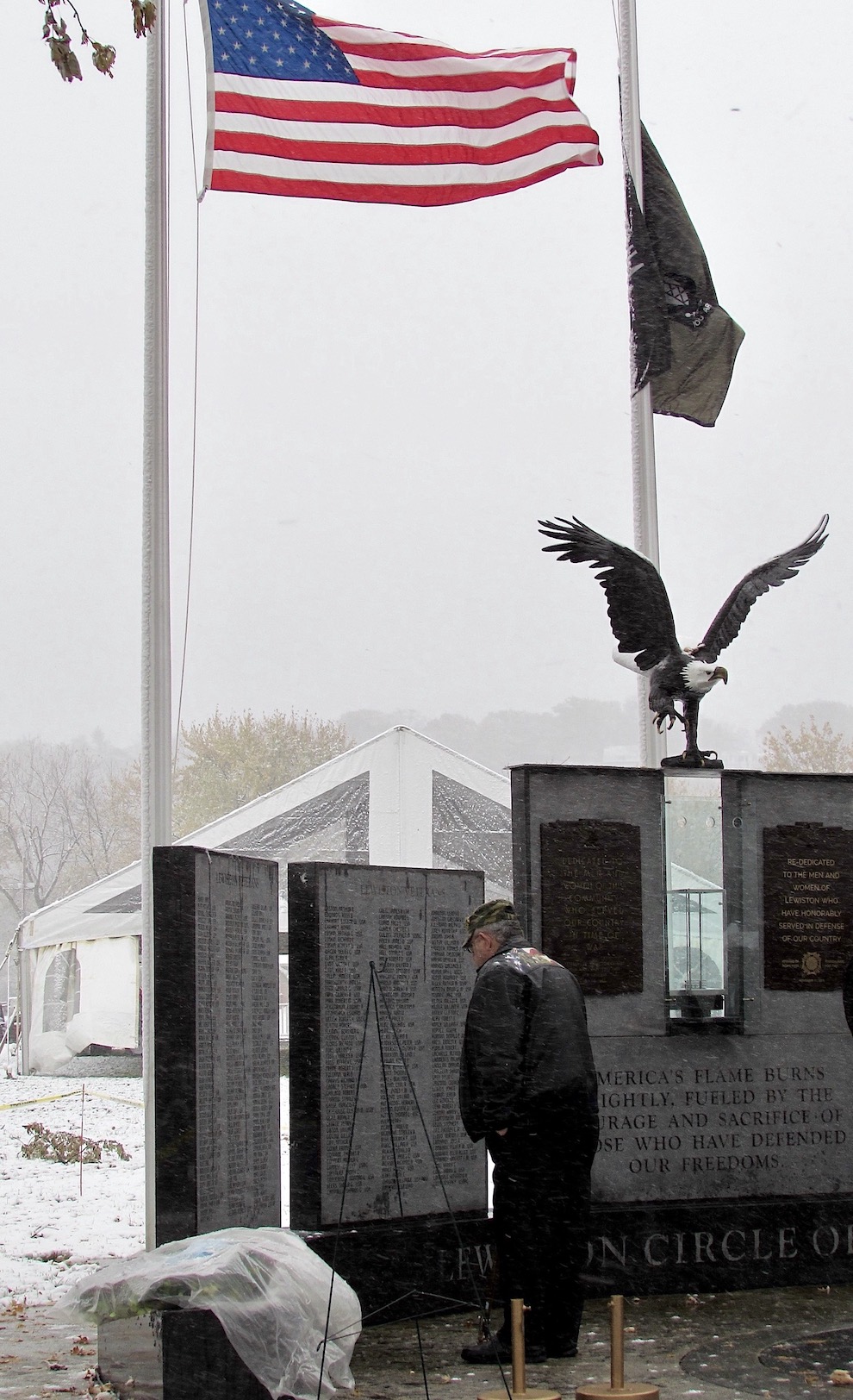 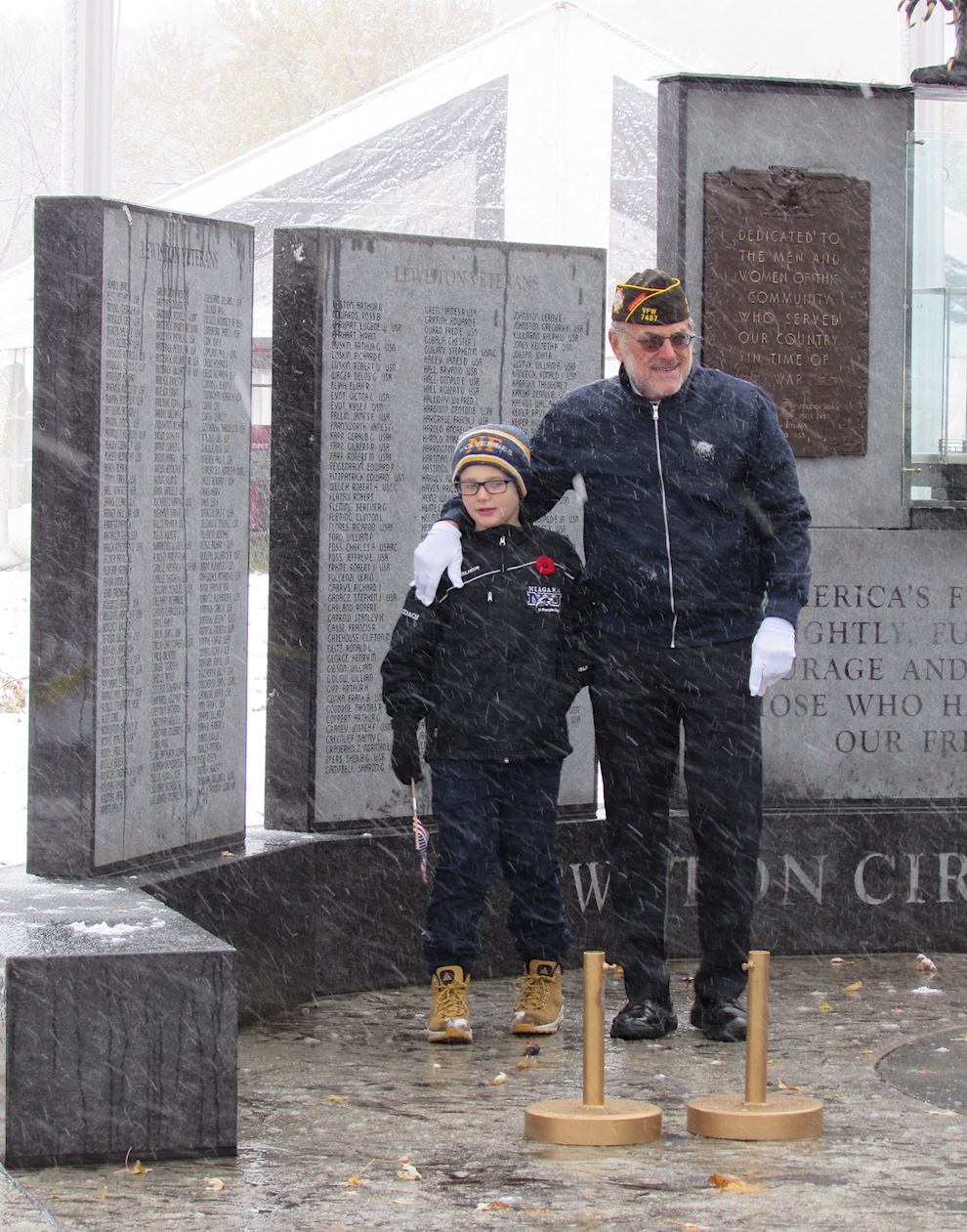 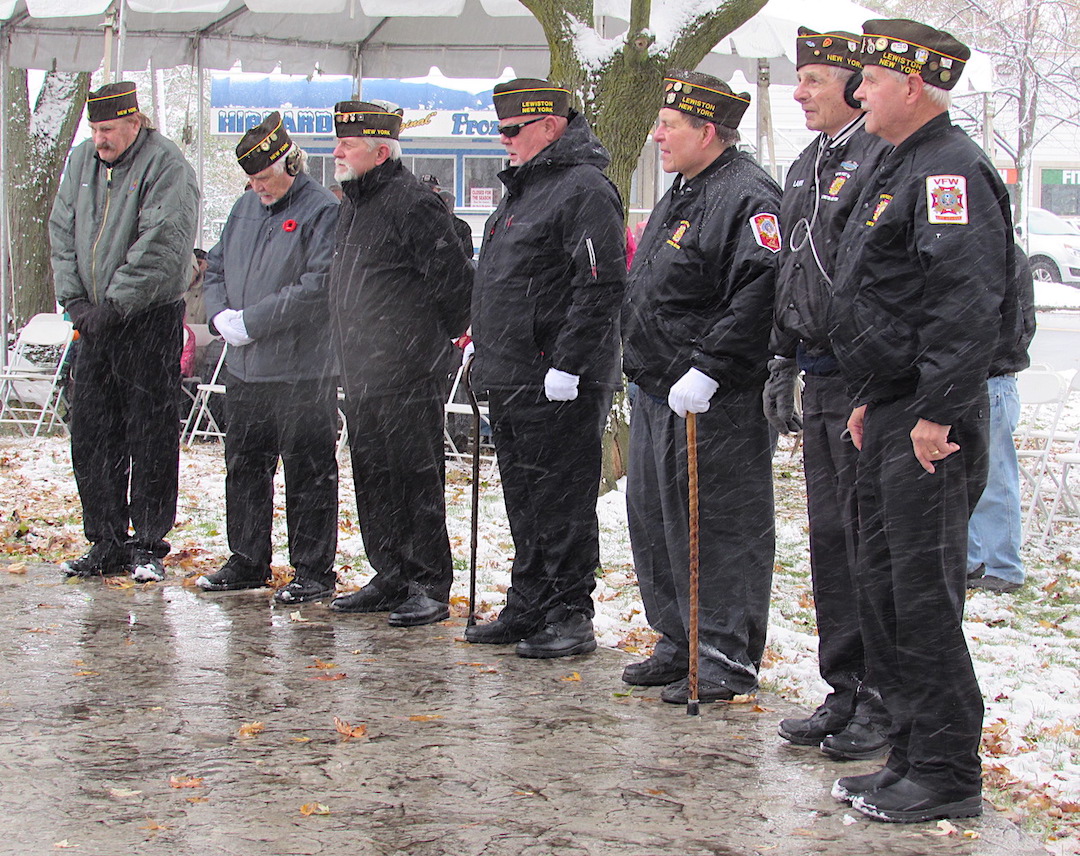 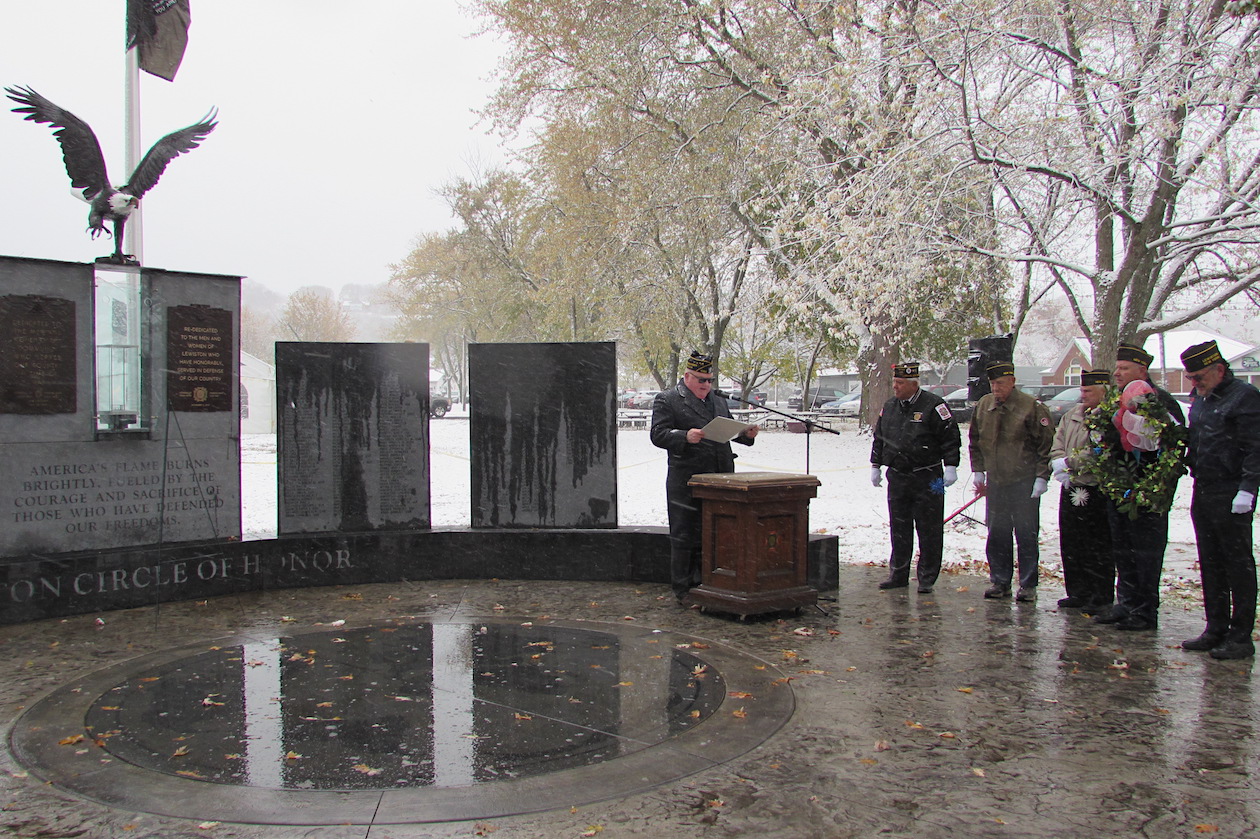 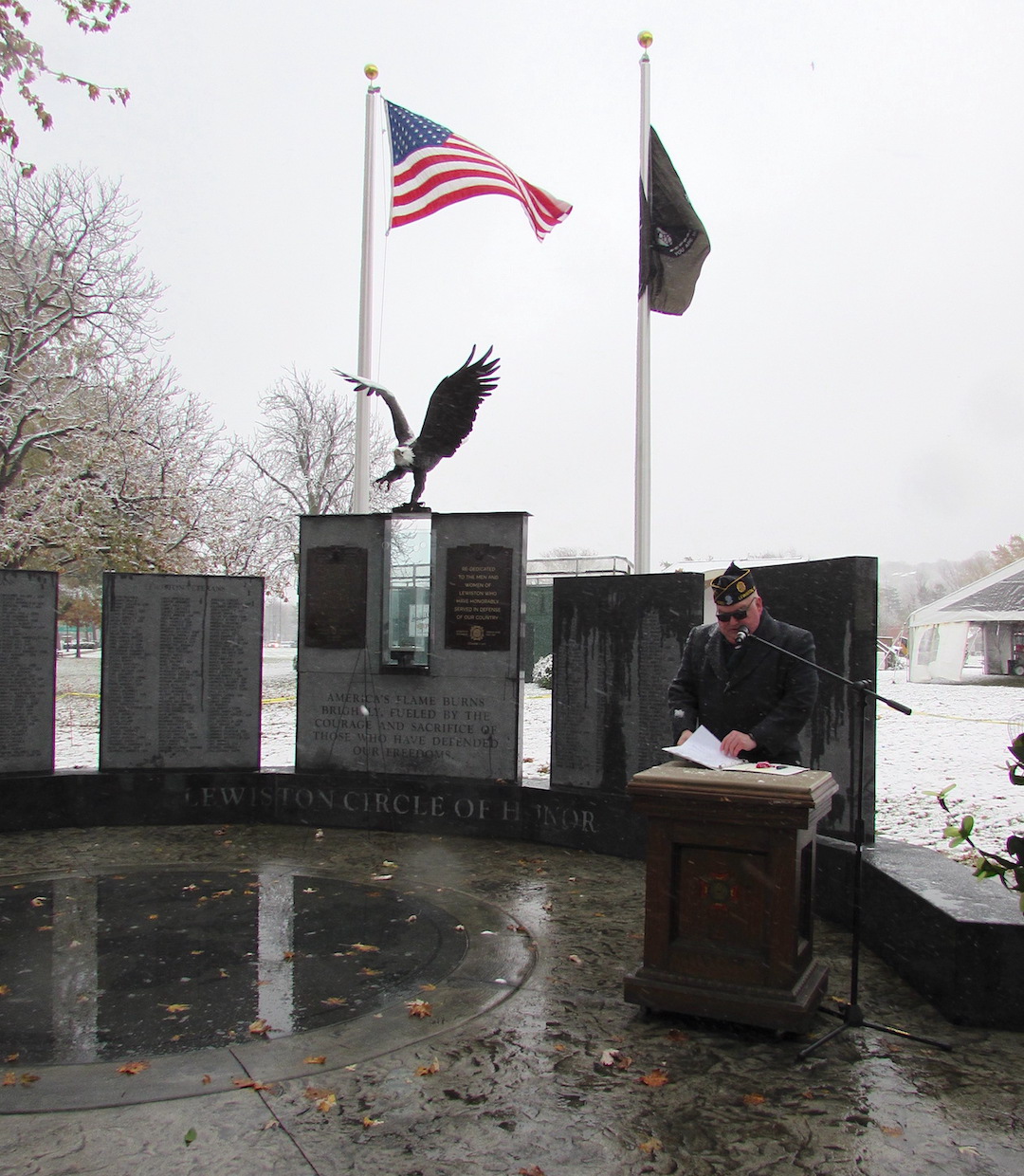 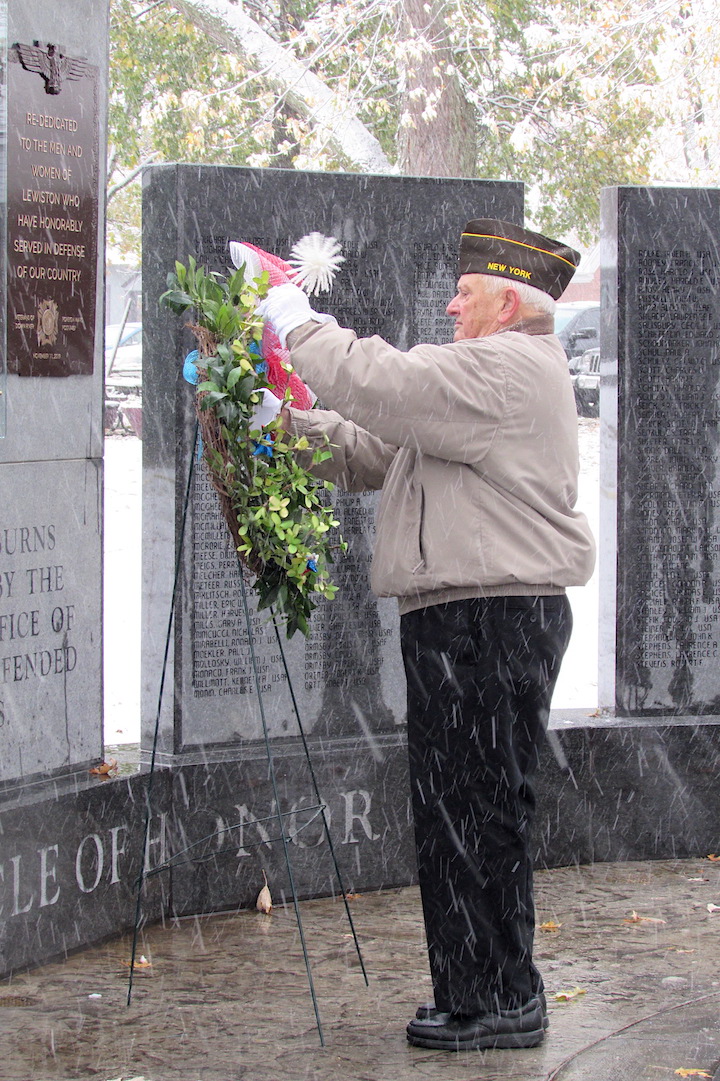 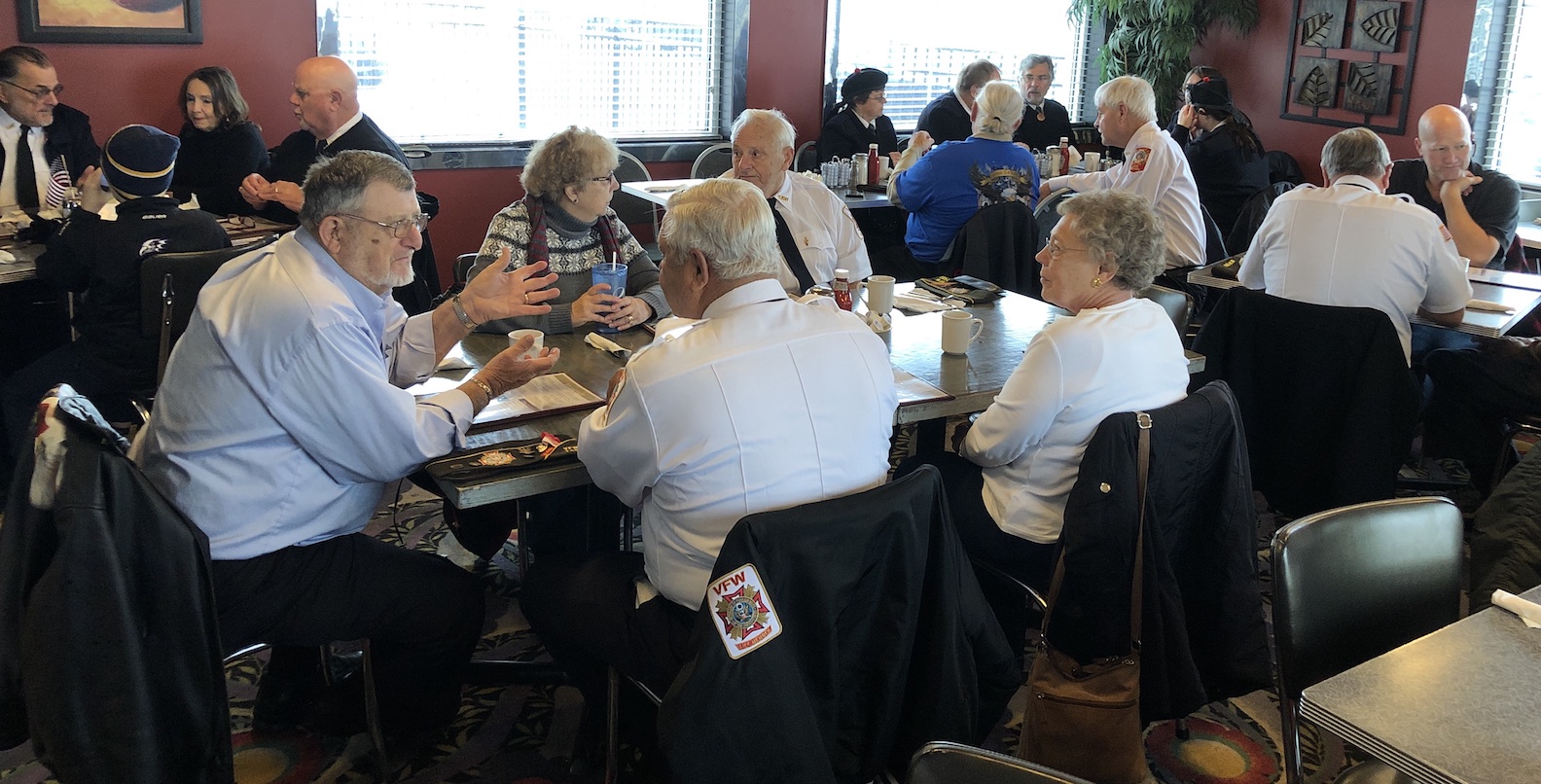