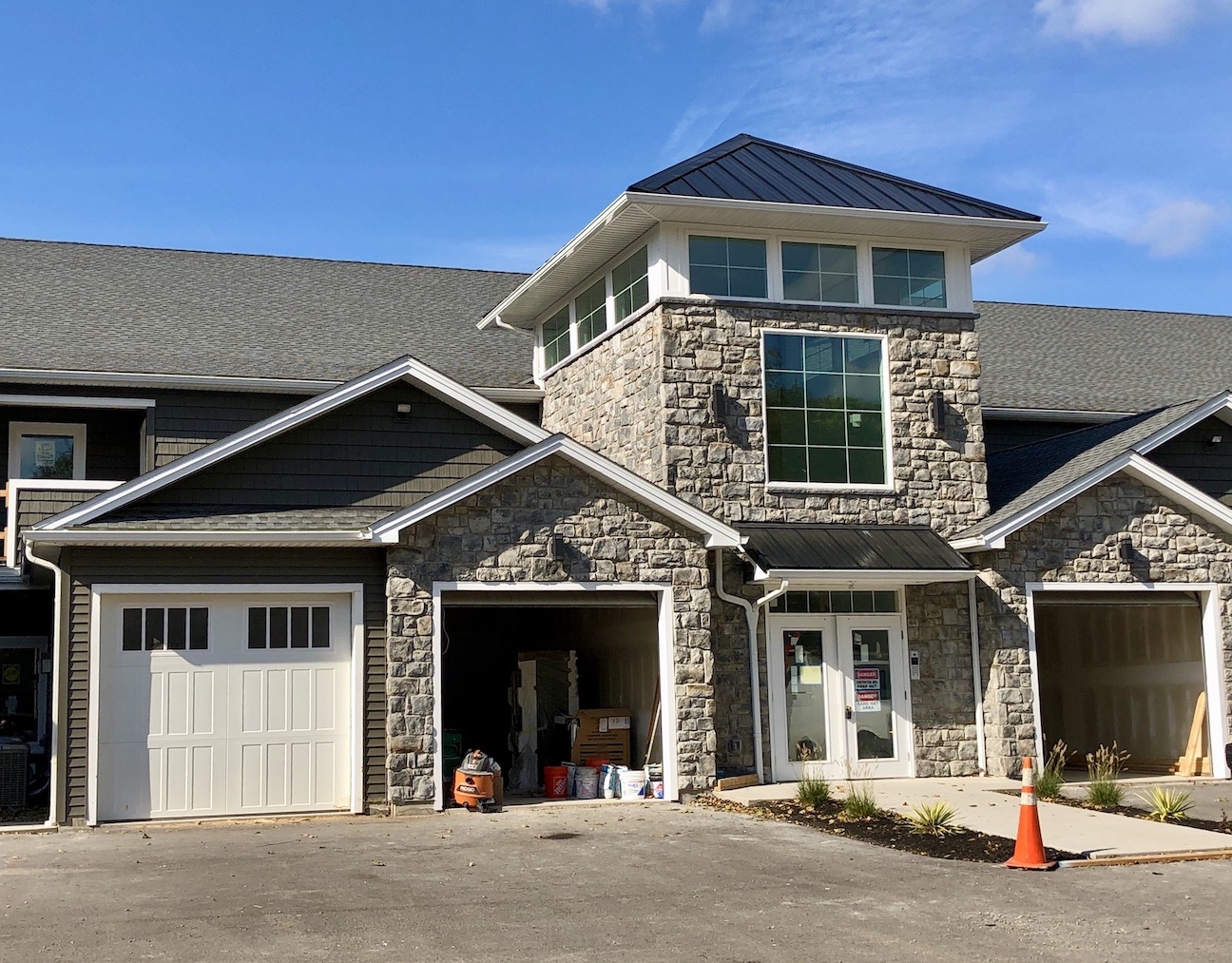 One can add the nicest countertops, largest bathrooms and comfiest bedrooms to a residence, but it still won’t have what the principals behind River’s Edge can boast about.

“Definitely the water, and the lack of condos, and that type of living in the village,” Alisa Talarico said. “Anything new or with the water view was huge.”

Now that the condominiums are almost finished, “You don’t have to sell it when you open up a door, and you look at this – it kind of sells itself,” Sam said.

The interior within the 10 units isn’t too shabby, either.

“Every unit has a master bedroom/bath suite area,” Alisa noted.

Some units have a deck. There also is a common laundry area.

“We have an elevator,” Sam pointed out. “This is not a nickel-dimer. They’re done with special allowances. … We’re going to have a stairway to the water, docks – only for the residents. We’re not looking to open up a marina. We’re trying to keep it private, exclusive.”

“In addition to the 10 condominium units, there is a community room with a 40-foot patio.

“If the residents want to use that space for a party, gathering or whatnot, it’s available and has a great river view,” Sam said.

Outside, “When we get done … it’ll be landscaped to perfection,” he added. “It’ll be a nice finished product.

“The people that have already committed, I think, are certainly pleased. They’ve come to look at what they built.” 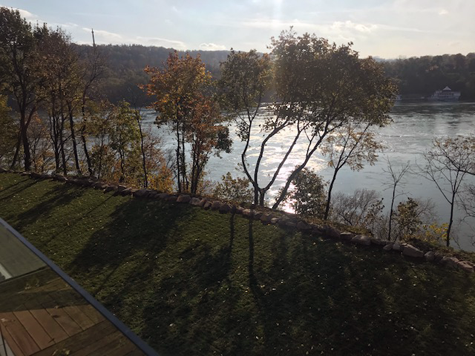 The view from a deck.

For occupants and their guests, “Eight of the 10 units have a one-car garage, with the ability to park three cars,” Sam said. “We probably have 14 parking spaces in front of the garages.”

“Plenty of parking,” he noted, “and that security gate, you’d have to buzz in your visitor. Then there’s a camera at the front door, where you buzz them in.

“We’re not trying to go crazy with security, because it’s Lewiston. But I think we’re accounting for our people.”

“They do take care of the exterior: roof, snowplowing, lawn maintenance. Anything exterior will be included,” she said.

Moreover, “The interior, being newer, hopefully is maintenance free,” she said. “But, of course, you can do anything inside with the layout, the condition of the kitchen, the walls, the flooring, things like that,” she said. “The only thing you have to ask the board for is if you’re moving anything or adding walls, anything structural. But anything in here, I mean these are pretty much laid out in newer spec style, versus custom-build at this point in the game. But, of course, if anyone wanted to do the finishing touches or change anything in here, absolutely they could.”

The project went through the Village of Lewiston’s various boards with little objection.

He noted, “The village and (Mayor) Anne (Welch) and the planning and the zoning couldn’t have been more accommodating. Just excellent.

“You know, it’s like any other project: You put a date, you might as well add six months. It just works that way. But – I think I can speak for everybody involved – that we want it done right, not done in a hurry and then fix things.”

“I think it’s a beautiful project – an asset to the village – to have that kind of condos,” Welch said.

She explained the owners’ utilization of this untapped area was “awesome,” and “you can’t beat that view of the river.”

“It’s a really high-end project, and it’s great tax base for the village,” Welch said.

“Sam is a great guy; very reputable businessman. We knew he’d have a great project,” she added. “Jim Fittante was the architect on that, and obviously Jim always does a great job.

“We’re glad that he invested that in the village.”

River’s Edge is nearing completion. Alisa said she expects occupants can move in within the next few weeks. Those interested in one of the remaining units (less than half remain as of this writing) can contact her directly at 716-990-5656. 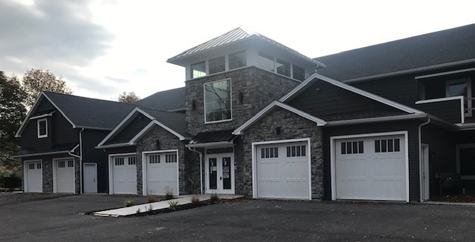