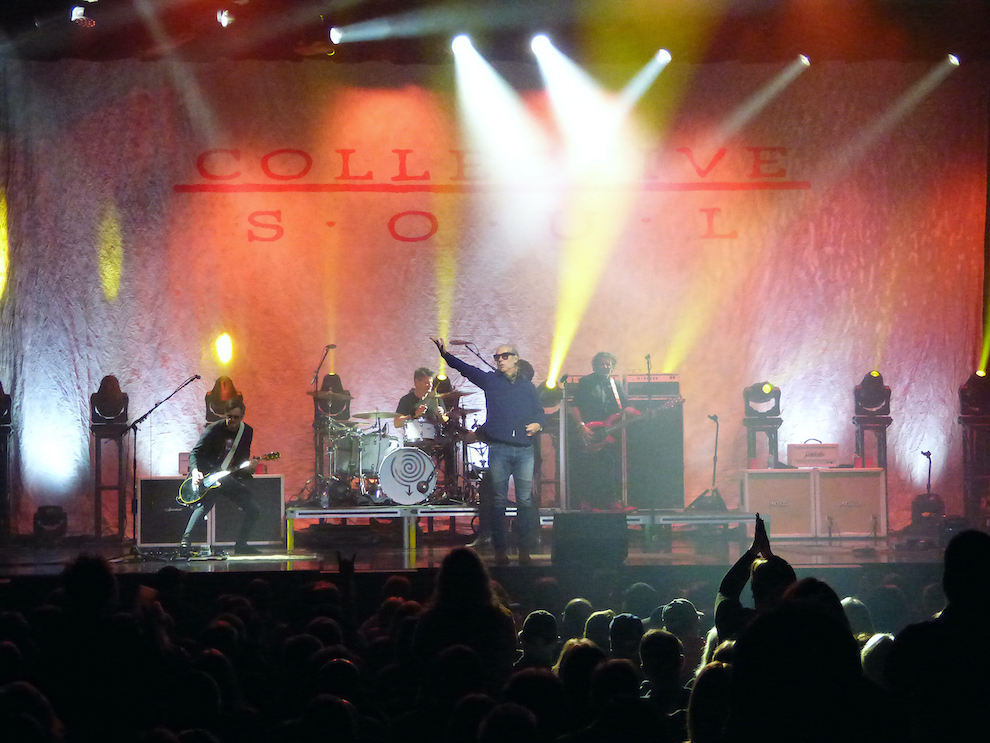 Collective Soul breaks concert rules on night one at Fallsview

It was 1999, and I was traveling to Canada with Scout to watch Jack and Rich compete in a karate tournament. Thinking back, the car ride was unnecessarily long. On such occasions, one did what one could to find entertainment. In this case, that meant playing the Collective Soul CD “Dosage.”

Having lived under a rock, at least in terms of music, this was my first real exposure to Ed Roland; his brother, Dean; and their Atlanta band.

Twenty years later, we reunited north of the border, as Collective Soul kicked off a two-night stand at Fallsview Casino Resort on Thursday.

Ed noted Canada has supported his band for 25 years. In truth, he’s an older man than when he first burst onto the scene with MTV videos and a “90210” cameo. His signature long, wavy hair was tied tightly in a ponytail until the final song. Upon letting the locks loose, he noted, “It’s gray, but it’s there.” 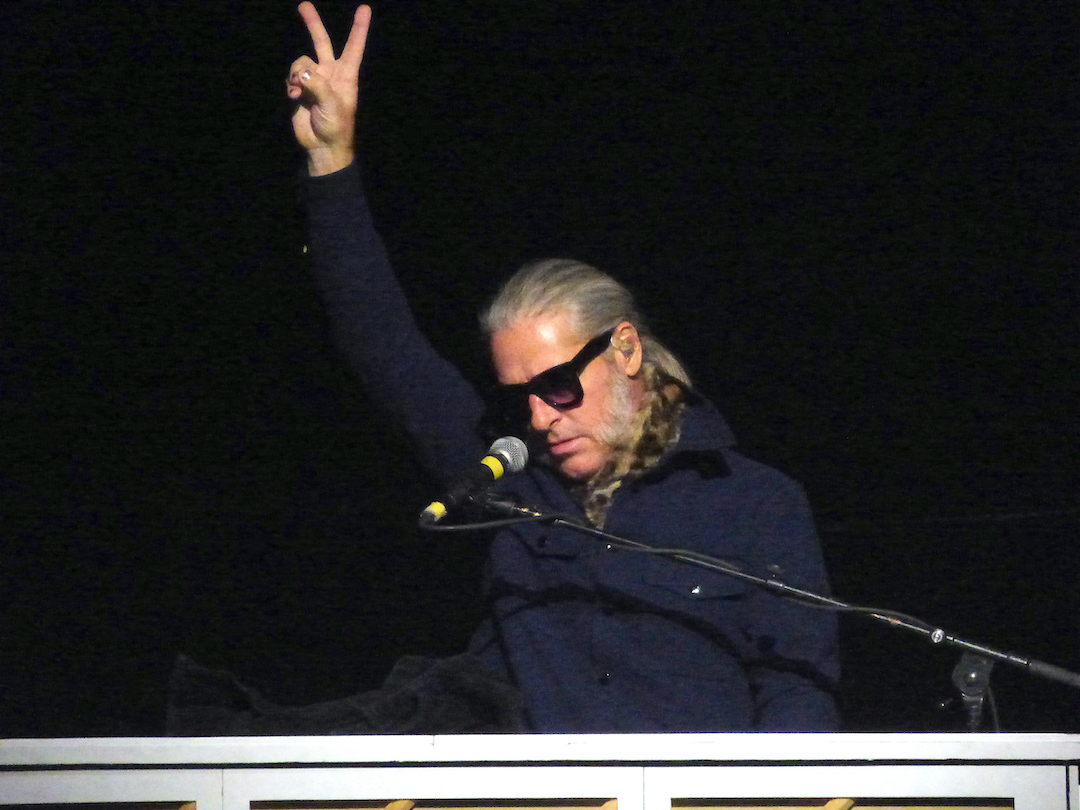 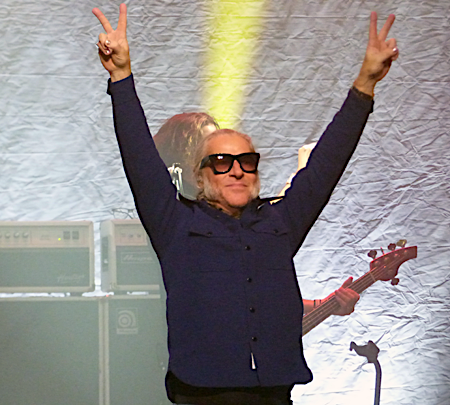 That would be the only indication of advanced age all night, as the group – 2x Roland, musical director and bassist Will Turpin, guitar virtuoso Jesse Triplett (who was blowing the mind of Chatty Cathy behind me), and energetic drummer Johnny Rabb – looked like a bunch of teenagers as they ripped through a 90-minute set of hits and new songs. This is to say, Collective Soul took a setlist and pumped it full of sonic steroids, attacking each song like a band starting out in a family garage.

That, and the fivesome got giddy when front-of-stage fans dropped off a round of shots (Canadian whiskey).

The gift-giving began early, as Ed was mid-story. He noticed a man walking back to his seat with a pair of beers. Ed asked if the fan had one for him. Said patron handed Ed a beer, and went back to his seat. Ed then asked a roadie for $20 (I believe he got $10), which he handed to the buyer of beer.

That prompted a second round of drinks. This time, Roland was in the middle of explaining how he convinced Styx’s Tommy Shaw to play-along on Collective Soul’s song “Porch Swing,” found on the new album "Blood."

Ed advised it would be better if the band waited to indulge. He noted the show could come to an abrupt end, and explained he was having way too much fun performing inside the nearly filled Avalon Theatre.

As is often the case with teens, and rock stars, peer pressure set in. The mouths of Ed’s bandmates began to water, and caution was thrown to the wind. A bottom’s up led to a downward spiral on “Porch Swing,” but it was an entertaining number, nonetheless.

The rest of the night was spot-on, in terms of vocals, musicianship and overall performance.

Which brings me to my headline.

Collective Soul doesn't conform to what we’ve come to expect from a band. Ed, Dean and the boys aren’t seeking fame, but purpose. In the process, they consistently churn out songs fans can’t wait to sing. The tunes are catchy, crunchy, and, yes, they make you think about life.

In a “Look at me! Look at me!” world, Collective Soul just asks we listen.

Not so with Ed. He – get this – actually sings his own songs. Like with a microphone; on stage; in front of paying customers.

Speaking of concert audiences, they tend to sit down and watch when inside a venue like this. Now, I don’t know if it’s because we were in Canada, or because Collective Soul songs are so infectious, but people were up. Dancing. Clapping.

And, though we were inside a casino, the ballroom wasn't filled with ticket comps. It was lined with fans – fans who knew the songs, sang the words, and, when allowed, rushed the stage to participate in the night’s final numbers.

Ninety minutes can be a long time, when it’s a Thursday night, it’s snowing outside, and there’s work in the morning. This show didn’t feel like a drag, nor were people rushing to check social media on their phones. They were into it – and why not? The setlist boasted 10 hit songs (including “Heavy,” “Better Now,” “Precious Declaration,” “December,” “The World I Know” and “Where the River Flows”), a trio of new tracks, and even a stellar cover of R.E.M.’s “The One I Love.”

The night ended with an extended version of “Run,” which the band continued playing as members walked off stage.

Collective Soul is set to return to the Fallsview stage tonight, where, no doubt, fans will have just as much fun – and the band will likely have a little less to drink.

Ed said there’s no reason why his band can’t continue on for another 25 years.

I’m not sure where Scout, Jack or Rich are these days, but I can say, without a doubt, I’ll be back to see Collective Soul in Canada as often as they return. 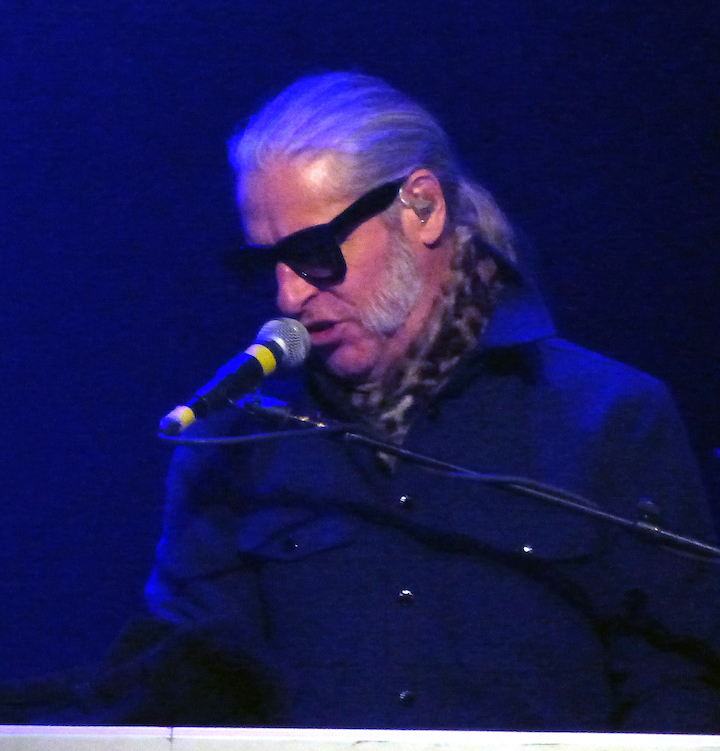 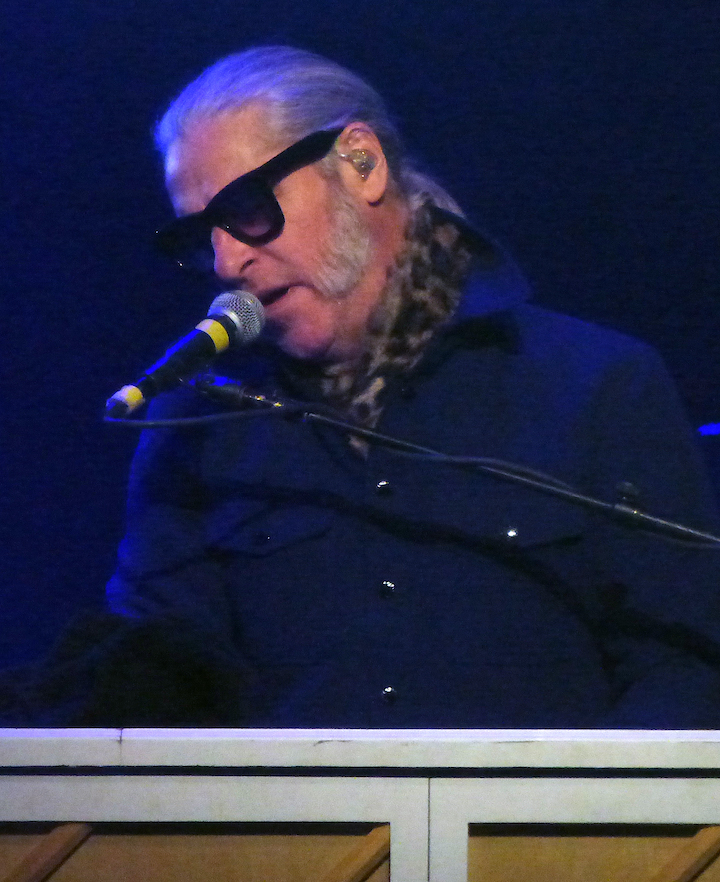 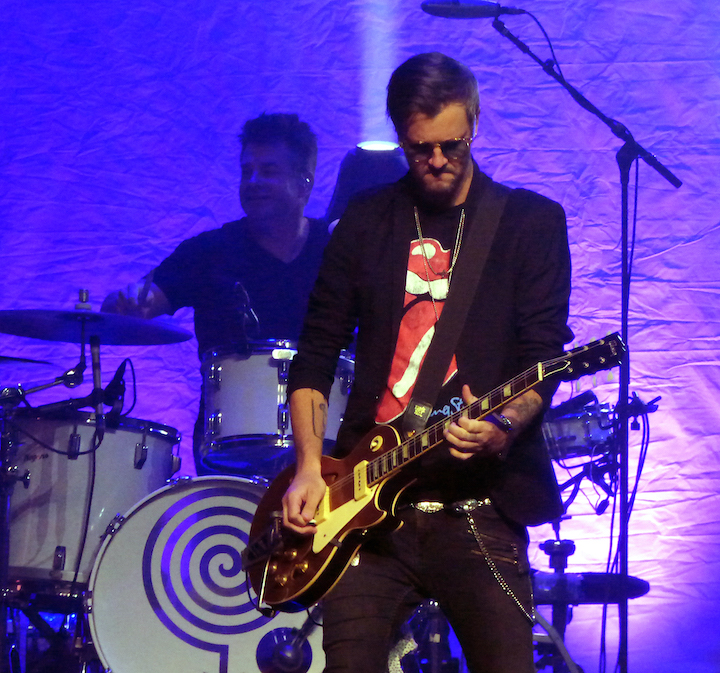 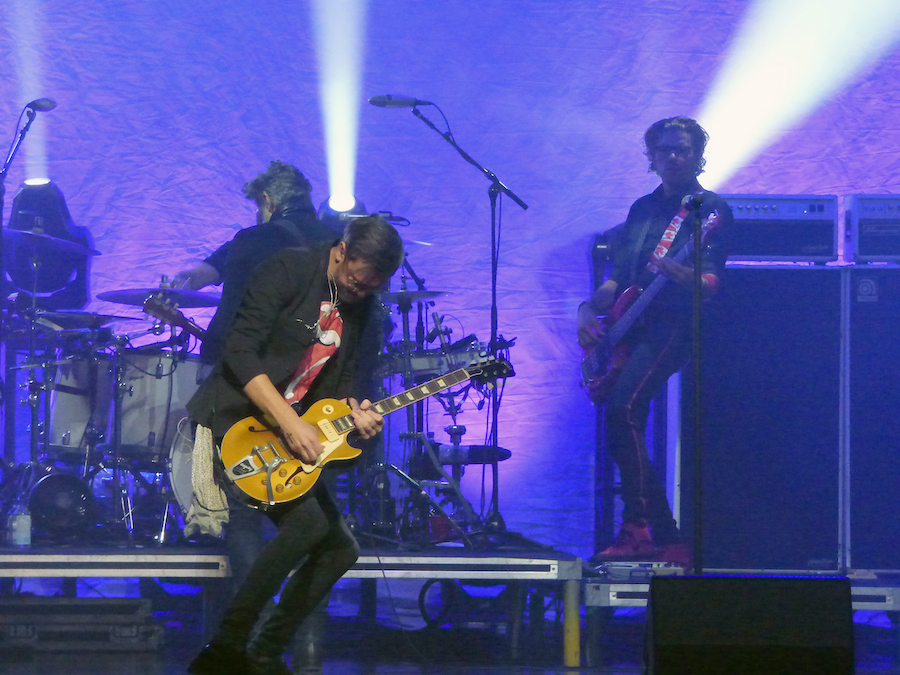 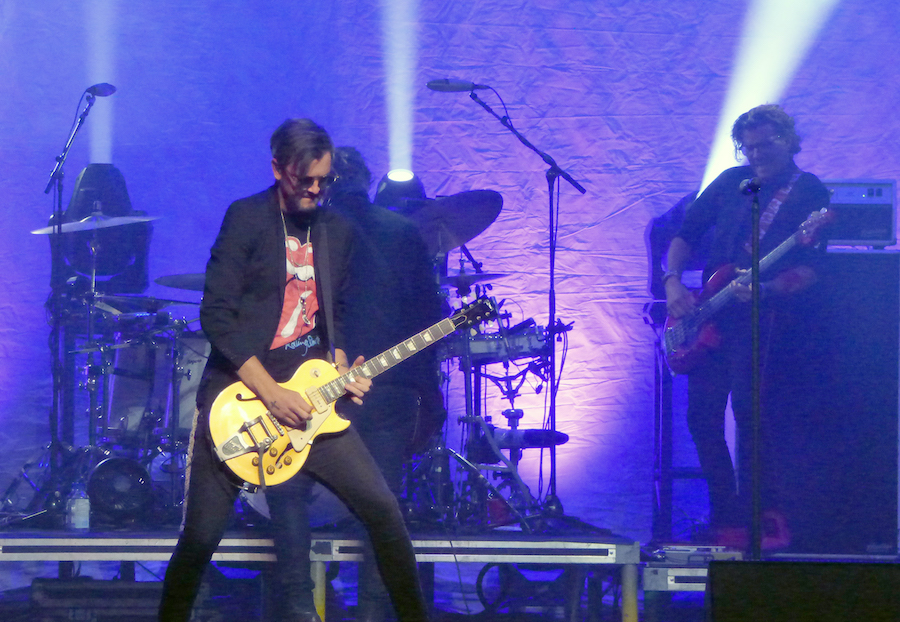 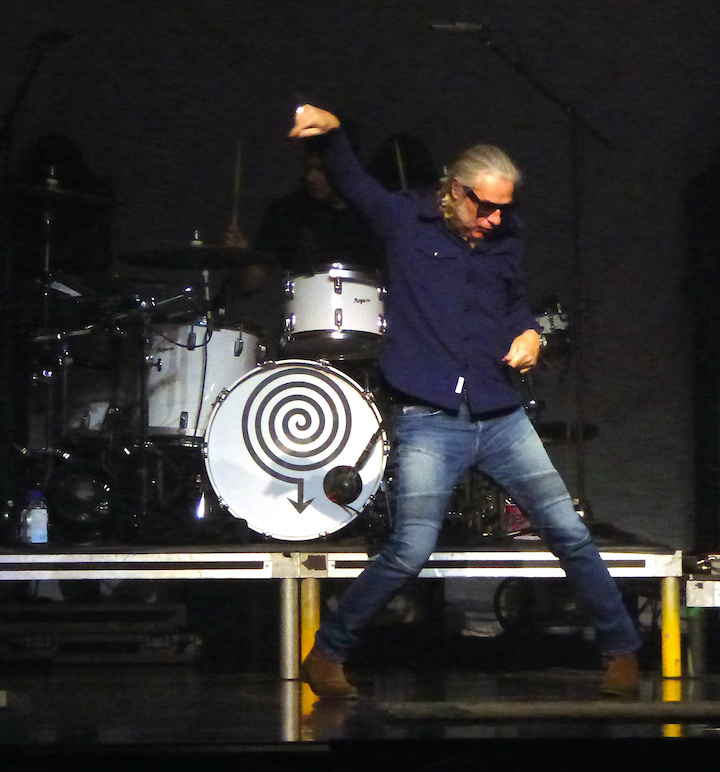 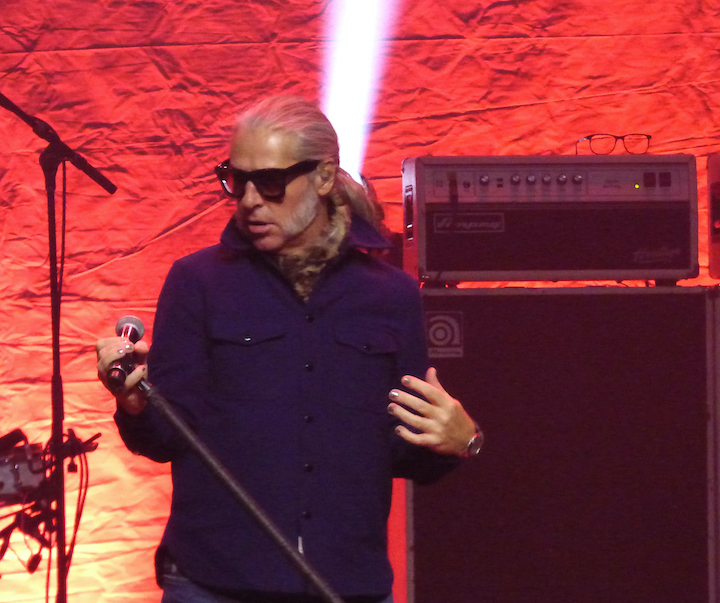 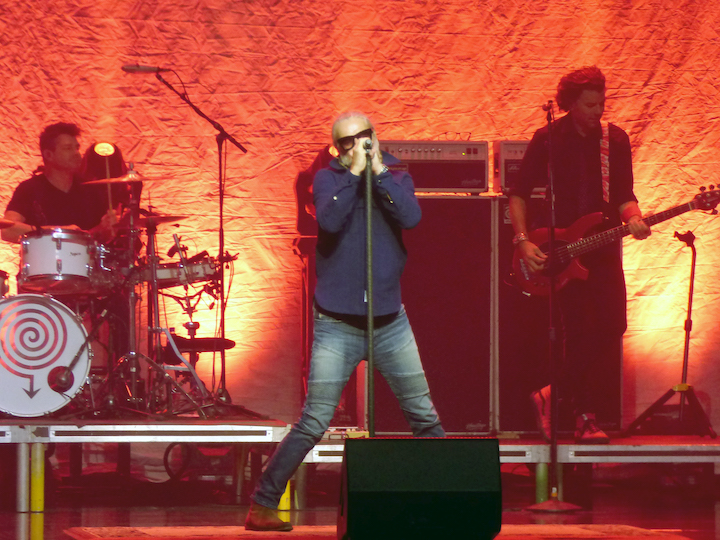 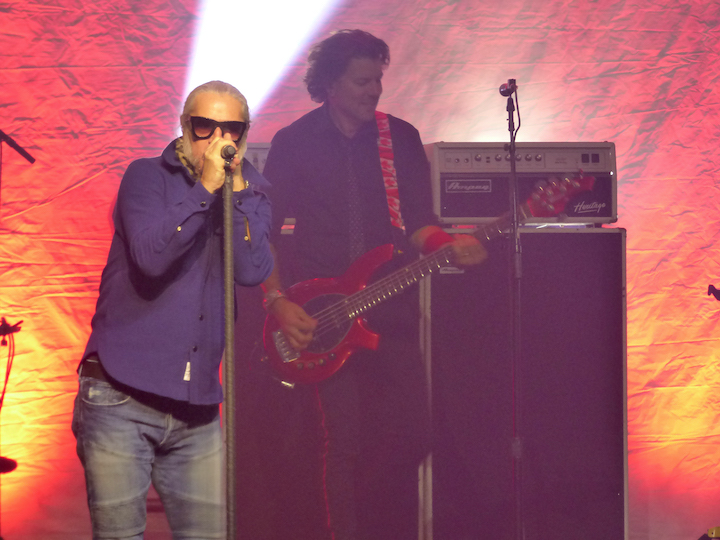 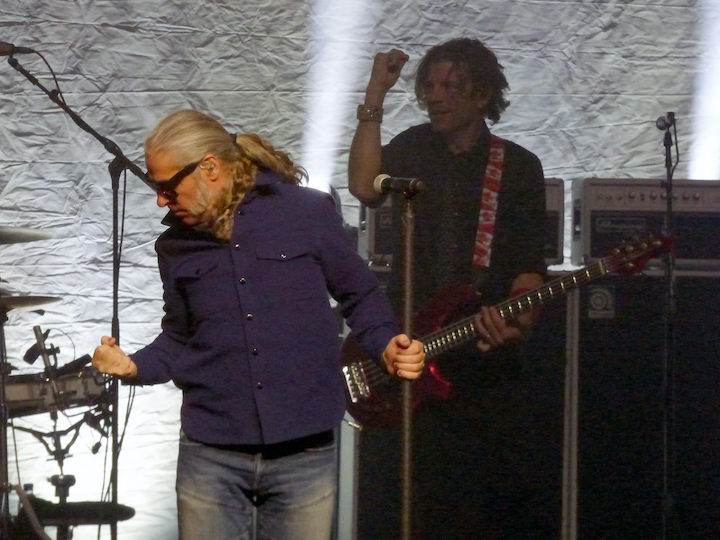 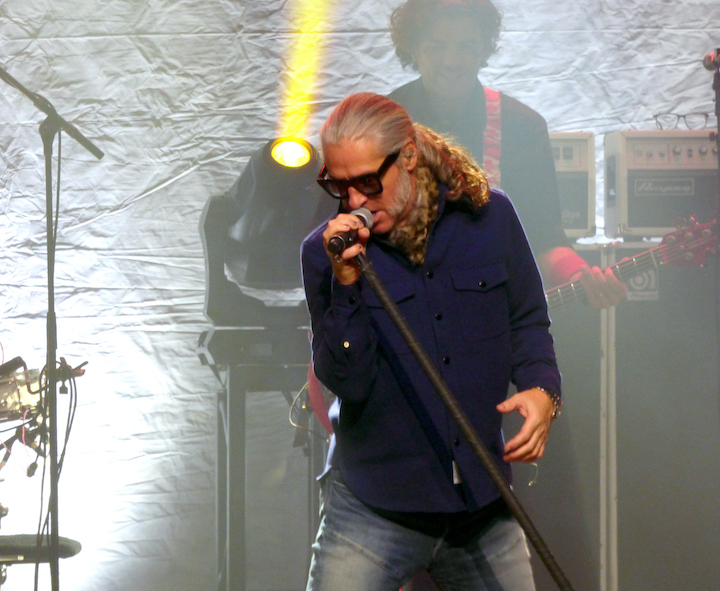 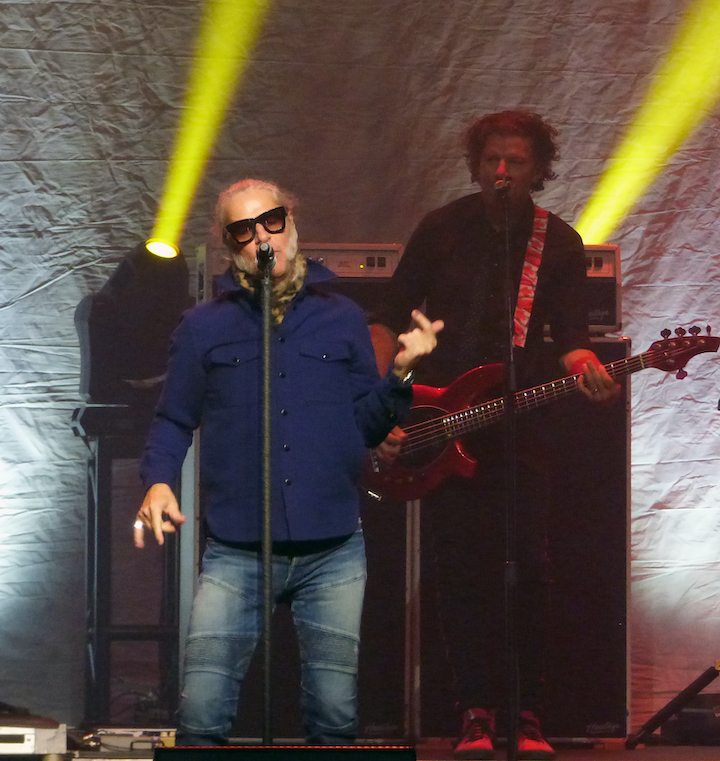 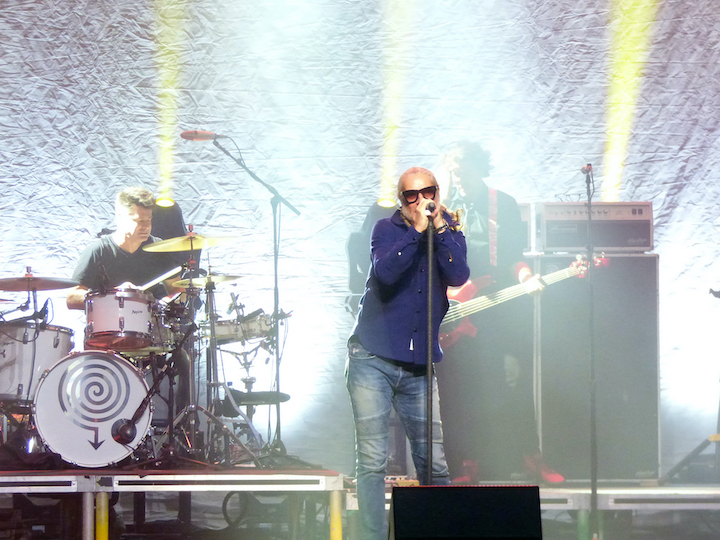 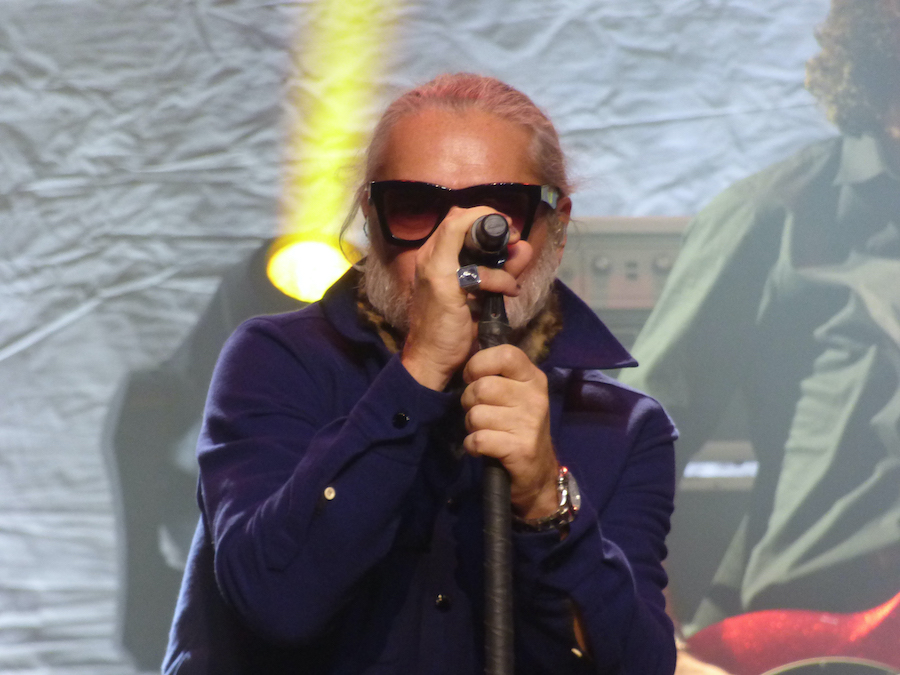 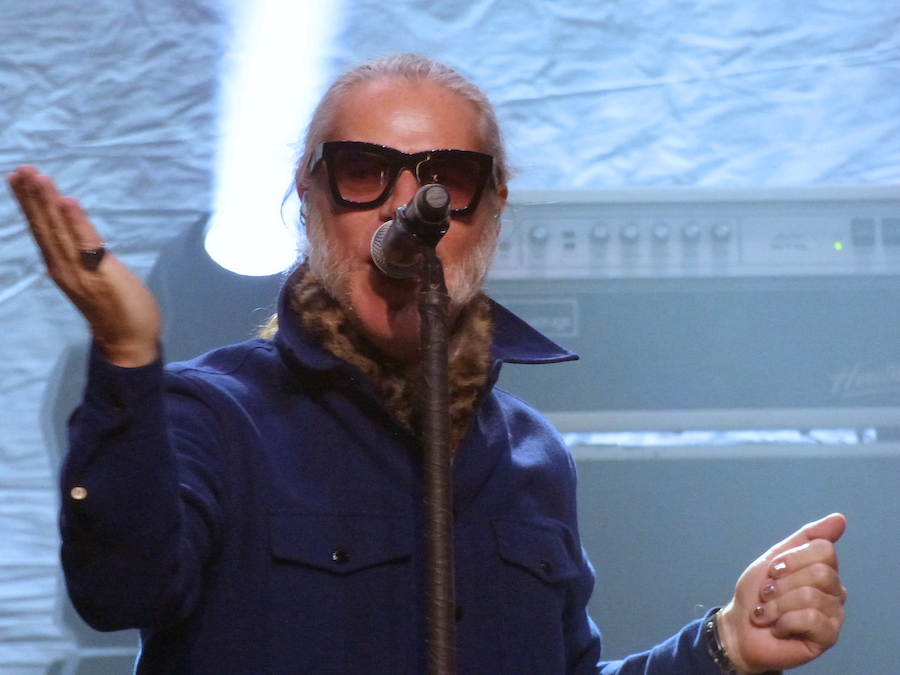 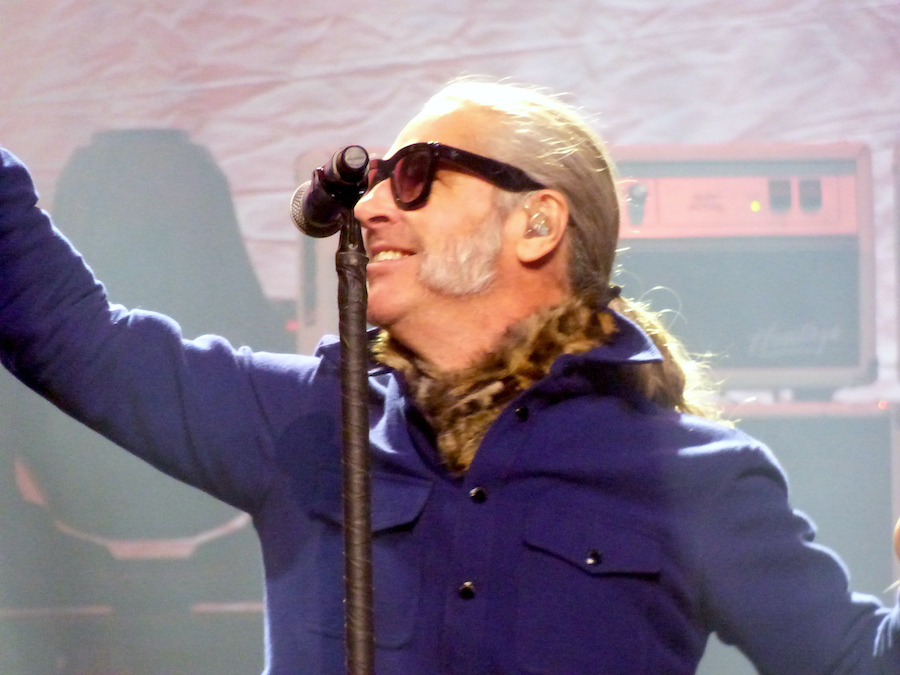 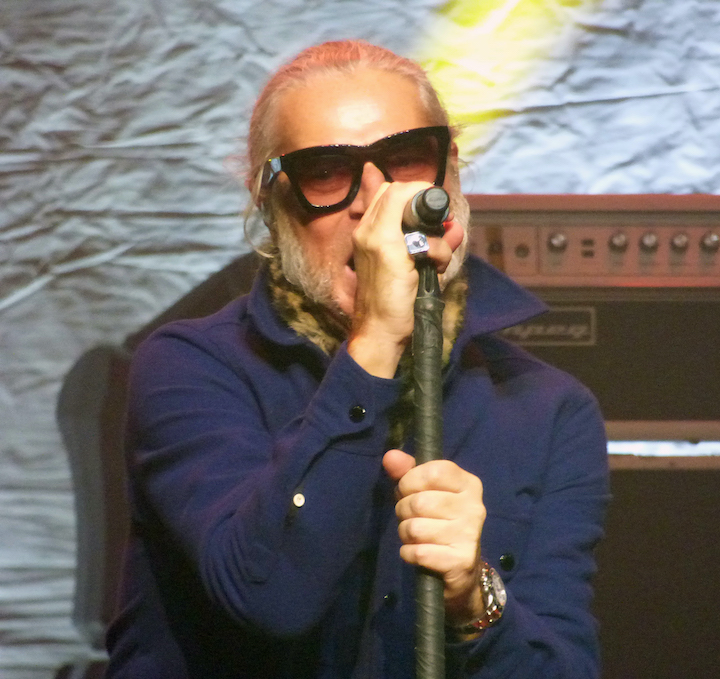 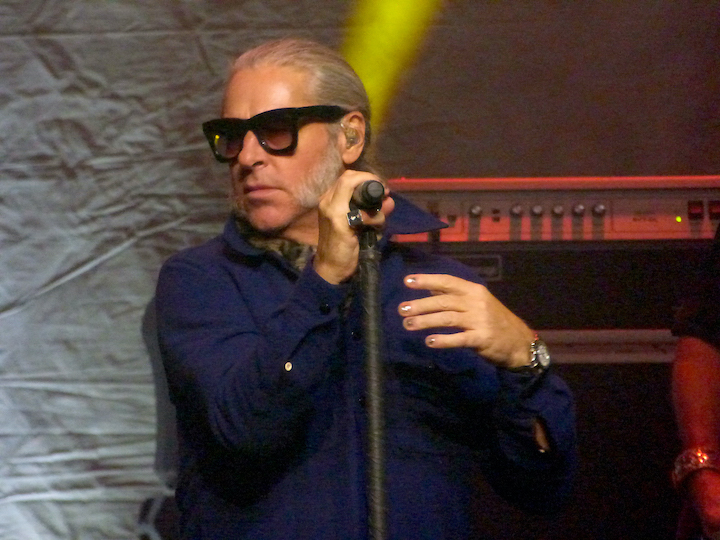 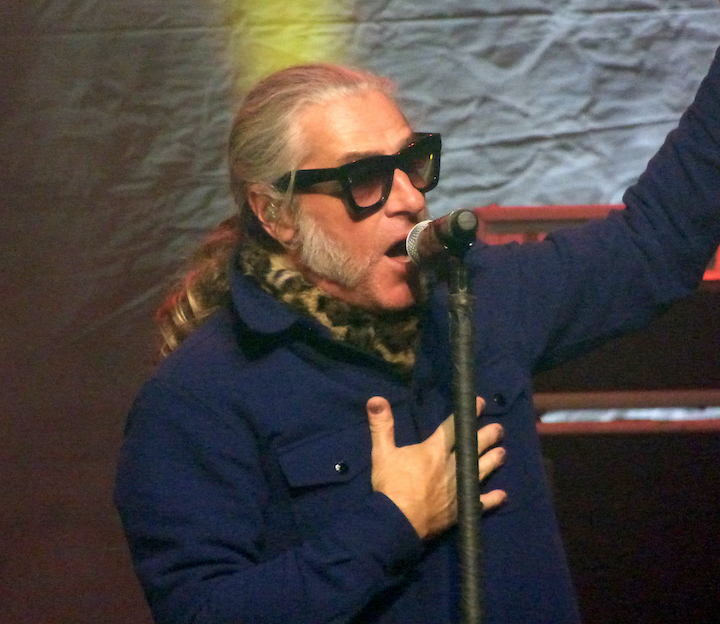 Collective Soul is online at http://www.collectivesoul.com/.