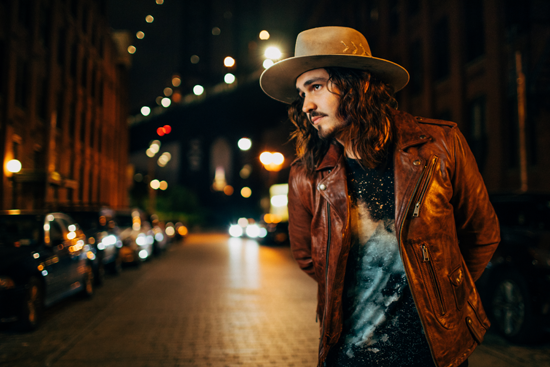 Interview: With 'Faith' as his focus, Jordan Feliz takes message to masses

When Jordan Feliz gave up, his life changed forever.

With no income – with no control over circumstances – Feliz got in his car and just drove away.

His life would never be the same again.

It would be better.

“I used to be in a band. And then after five years of touring in that band, we broke up, and then I took a job as a church worship leader. And about three months after I took the job, I had one of my best friends who was living in Nashville at the time; he called me and he basically just told me, ‘Hey, I know that you're not doing the band thing anymore, but I feel like the Lord is calling me to manage you as like a solo artist.’ And I had never even thought about that really,” Feliz said in a recent phone interview.

The singer was living in California when a friend “basically offered, he said, ‘Hey, if I pay for your flight, will you fly to Nashville and write songs with a couple of people that I know?’ And I was like, ‘Yeah, that sounds like fun.’

“So, I decided to fly out and go and hang in Nashville, and I was there for two weeks. And I just kind of fell in love with Nashville while I was there.

“And then I ended up going home. And I told my wife that I love Nashville. And I told her that I felt like maybe we should both go. And maybe we should talk about maybe moving. And so, we ended up going out there and spending another two weeks together out in Nashville. She fell in love with it, as well. And we started praying about moving. And about a year after we started praying, we felt like the Lord had told us that he wanted us to go.”

“We just really couldn't afford the move,” Feliz said. “It was one of the reasons why it took us a year to kind of pray about it. But we just continually felt like the Lord was saying ‘Go.’

“I had booked, basically, a tour – like a small, little mini-tour, acoustic worship-leaning tour across the country. And two weeks before we left, or we were supposed to leave, all of the shows that I had booked got canceled. And so, we immediately kind of took that as though maybe the Lord was saying, ‘Hey,’ you know, ‘you shouldn't go.’

“But we continually prayed and we just kept feeling like he was saying, ‘Go,’ you know, ‘Just trust me,’ and so we did.

“We made it to Nashville, man, and we actually made it to Nashville not just making it, but we were actually blessed in abundance. We ended up getting there, we had several months of income and all this stuff. We just felt very, I don't know, we kind of felt like, at that moment, we just realized that it was like, OK, the Lord just saying, ‘If you just trust me like this, man, I’m going to do something way more amazing than you could ever do on your own.’ ”

In Feliz’s case, “way more amazing” would be an understatement.

He would showcase his skill for Centricity Music, get signed, and release “The River.” The singer – who couldn’t find a gig – saw his song go to No. 1 on the Billboard Christian AC chart – and stay there for an impressive 10 weeks.

An EP, “Beloved,” would also ascend to the top. It remained fixed at No. 1 for two months. The cherry on top: Regular tour opportunities with TobyMac.

“I had no idea, I think, really. I still am kind of in shock, you know?” Feliz said. “I think it's really probably taken me up until really the last year to kind of process just how quick everything has happened, and how incredible a blessing it is.

“And I think, over the last year, I’ve been able to actually kind of sit down and just kind of thank the Lord and just be super grateful. But, man, it's been such a wild ride. It's been amazing. And I’m just super, super thankful.” 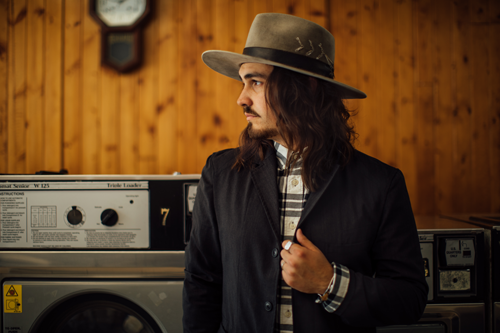 Of course, Feliz is human, and doubt would creep in. Though he scored success early on, he wondered if it would continue.

“I think it was the pressure that I kind of placed on myself. I think I had this fear of just being accepted one time; you know, of people just being excited for the one thing I ever did that was cool, or whatever,” he said. “So, following up ‘The River’ with ‘Future’ was kind of like a huge anxiety for me, because it just kind of started feeling like, ‘Man, what if people hate this?’ You know, what if, like, all of a sudden, my career's just over, because I didn't do a good job or something (laughs). Which is all just a bunch of lies.”

Feliz, on his website, recalled asking himself, “ ‘What if I just can’t do it?’ But then Paul (in scripture) says to me ‘Look man, there’s no pressure. Everything in your future has already been plotted by Jesus. He has paved every step of the way for you, in a way to have favor on your life. Our future is not wound up in our success, but in the inheritance of God.’ …

“Sometimes it’s really hard to silence out the world and just listen to the small, still voice. But once I refocused and listened to him, he had a message for me. A fire was set in me to write a song about freedom. A song we can sing to be stoked that every single day there’s a God that loves us, never ceases, and never fails.”

“Future” was born, and “I'm super-grateful, because (it’s) been such a great follow-up to “The River,’ ” Feliz told NFP. “I've been calling it a placeholder, not because it's, like, bad or anything, but it's really just kind of held everybody that had become a fan.

“And now we're working on record three and, man, it's so, so incredible. I feel a lot more focused and free on this record to kind of say the things that I feel need to be said. And, man, I’m pumped; super, super pumped.”

Feliz is saying a lot, in fact, as he travels across the country on “The Faith Tour.” The show visits Western New York at 7 p.m. Sunday, Nov. 10.

“Man, ‘Faith Tour,’ it's kind of based around my single that's at radio right now, called ‘Faith.’ But, really, it all kind of stems from the story of how that song came to be. And it's kind of one of those things that I really wanted to lend to people,” Feliz said. “It’s just my perspective … that I've really been through a lot over the last year-and-a-half of just learning how to trust more, and not try to take on the weight of everything in life; because we just, we’re not designed to hold and to have control over things in our life.

“And yes, we are designed to have free will. But I think we take our free will and we end up thinking that we have ownership of it. And I think that's been a huge thing for me, of just learning how to let things go, and learning how to trust God. And he's done that in my journey across the country, you know, to move to Nashville. And he's also done that in a lot of other aspects of my life.

“And I think I really just wanted ‘The Faith Tour’ to be a reminder for people that there are a lot of times in our life that we cannot see the next step in our life. We don't have it all figured out. And you know what, that's actually a really amazing place to be, because it forces us to trust that God has already made and paved the way for us. All we have to do is take the step.

“And I think a lot of people, in our lives, we like to kind of makeshift our own step, or try to think that, if we make our own path, like at least we'll be able to see it, you know? And so, ‘The Faith Tour’ is really just about trusting. It's about realigning where our confidence lies – and it should never be in ourself, or in other people; it should always be in Jesus.”

“The Faith Tour” visits Eastern Hills Church at 7 p.m. Sunday. Jordan Feliz headlines a concert also featuring I AM THEY and Hannah Kerr. The venue is located at 8445 Greiner Road, Williamsville. Visit the Kingdom Bound Ministries website for more information. 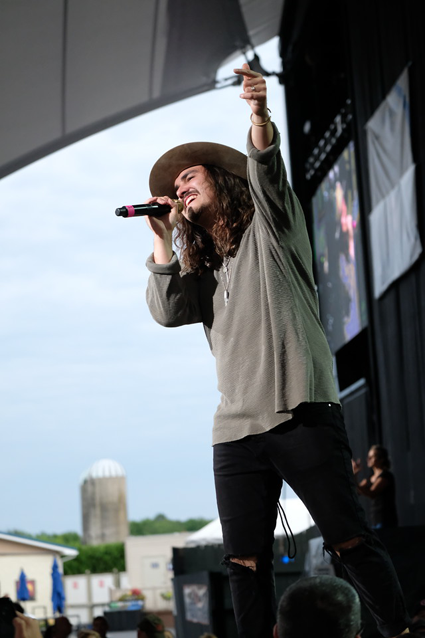