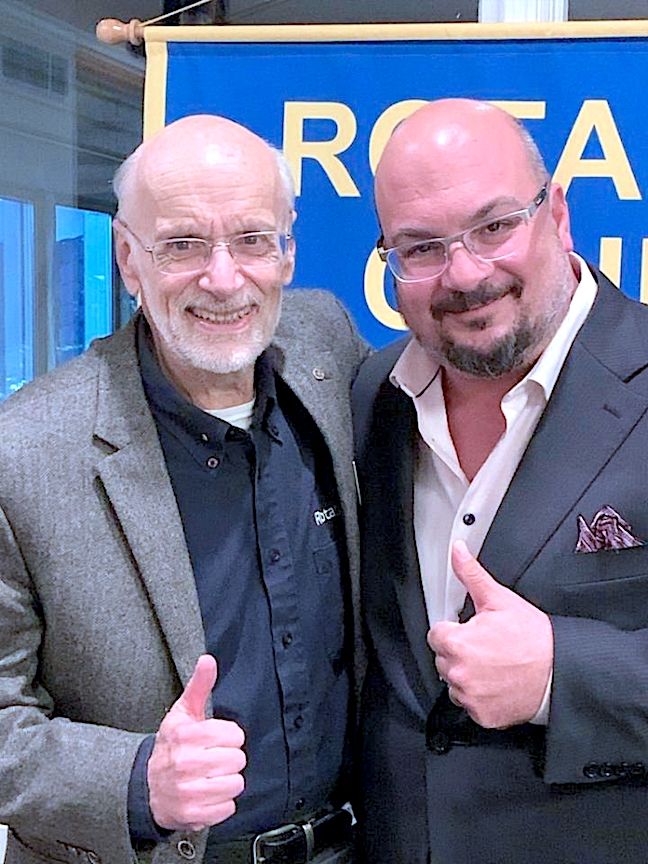 Zuiker, whose wife, Michelle, is from Buffalo, was in town to promote his newest venture, Zuiker Press, which he founded with Michelle. Together, they hire real kids with real life issues to tell their real story for a book that is created by Zuiker Press with amazing animation and quality and then distributed for free to school districts.

Although they have the books and curriculum in the Los Angeles and Las Vegas school districts, the Zuikers want to showcase the Buffalo and Western New York region and make this their model for the country and the world.

To fund the free distribution of these grammar, middle and high school-aged books, Zuiker is meeting with local companies, foundations and organizations for contributions. They have partnered with the National Writer’s Project – a 501(c)(3) – and all proceeds go toward the printing and distribution of books to schools. For more information, visit www.zuikerpress.com.

They began with a distribution of 2,500 books to the Buffalo Public Schools. Zuiker is working with Sue Baldwin, Ph.D., the district’s wellness coordinator, to enhance the project. The Grand Island High School District also has sets of the books in its library.

During his Rotary talk, Zuiker spoke of growing up as an only child in a single parent home until he was 5, and how writing, imagination and thinking outside of the box were part of his early life. He talked about the break he received that got him into writing the “CSI series,” which was on the air for 15 seasons and secured an estimated world audience of nearly 80 million viewers.

In what he calls “chapter two” of his life Zuiker and his wife are distributing several titles: “Mend: A Story of Divorce,” “Click: A Story of Cyberbullying,” “Imperfect: A Story of Body Image,” “Colorblind: A Story of Racism,” “Activist: A Story of the Florida School Shooting,” and “Brother: A Story of Autism.” They have plans for several other titles.

“This was a remarkable presentation and one of the best we have had in the 61 years of the Rotary Club of Grand Island,” said Richard Earne, Rotary president.