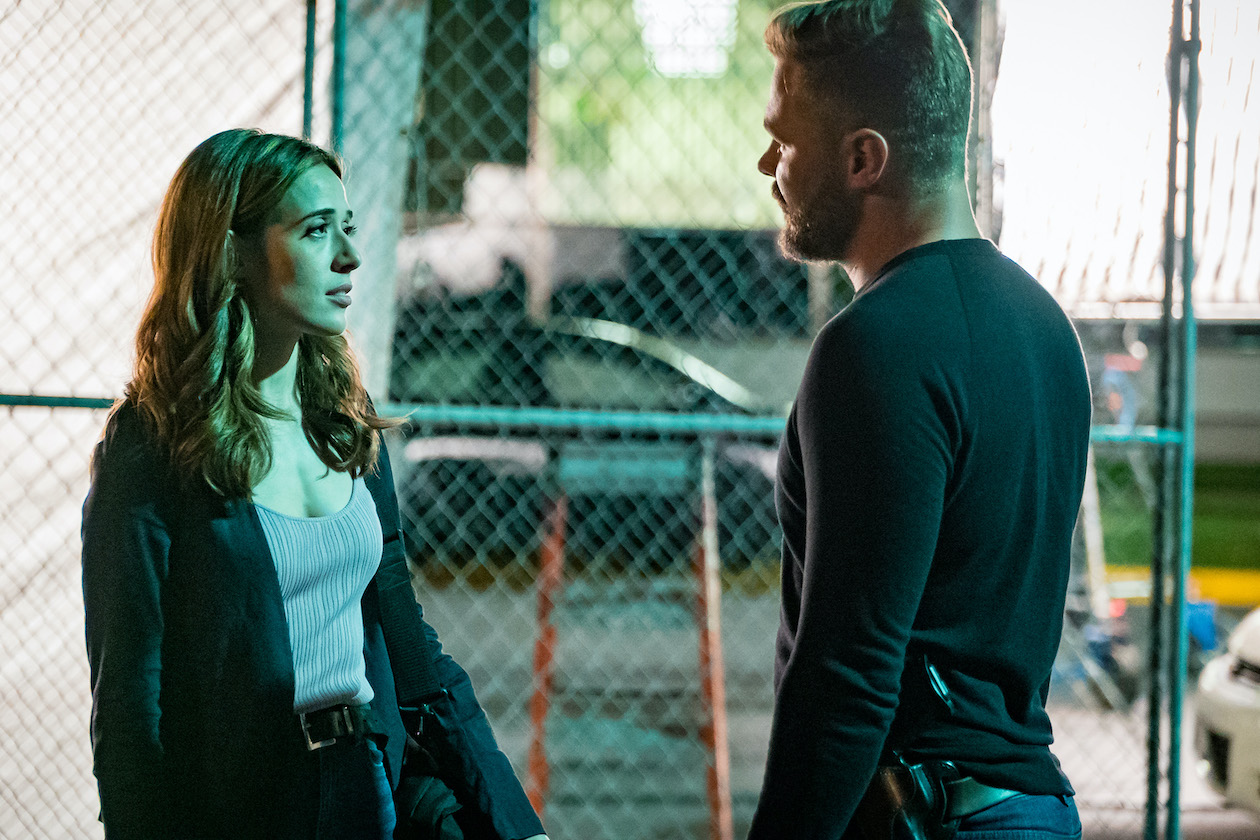 At the end of the #OneChicago crossover last Wednesday, something unexpected happened – and no, it wasn’t flesh-eating bacteria swallowing up the Windy City.

With the “Chicago P.D.” intelligence unit fried following Upton’s time in quarantine, and Halstead’s near poisoning, the team disbanded as each officer sought some downtime.

Two of them – Burgess and Ruzek – went off together.

And just like that, Team “Burzek” was back in business.

Oh, and did I mention Det. Jay Halstead (Jesse Lee Soffer) kind of has a thing for Upton – who’s his partner?!?

“I wasn't in that. That was definitely a triangle. I feel like I was not a part of that situation,” a defiant Squerciati said at #OneChicagoDay.

“Yeah, you hated me,” Flueger said.

“It was a big hate. It was a triangle with just a person on the outside being angry,” Squerciati said, laughing.

“I don’t know; they may be disappointed,” Squerciati said.

“I think that we will definitely have some fun,” she noted.

“We explore it again,” he added.

“We explore something. We’re going to explore something – we’re actually not sure what happens,” Squerciati said. “We don't know where it's going, but I think that there's something very interesting happening with ‘Burzek.’ ”

To try and throw reporters off this line of questioning, Flueger casually mentioned, “The Halstead and Upton thing, that’s going to happen at some point, right?”

When pressed, Squerciati said, “I don’t know. Nothing's happening right now. I don’t know. I feel like the fans are so torn, because they want someone to just be, like, work buddies (laughs). Maybe they'll stay work buddies? I don't really know.”

Getting back on point, Squerciati said, “I think ‘Burzek’ love each other very much. I don't know where it will go.”

Showrunner and executive producer Rick Eid said, “something interesting and impactful” is about to happen to Burgess, while “her relationship with Ruzek will become, I think, interesting and intriguing.” 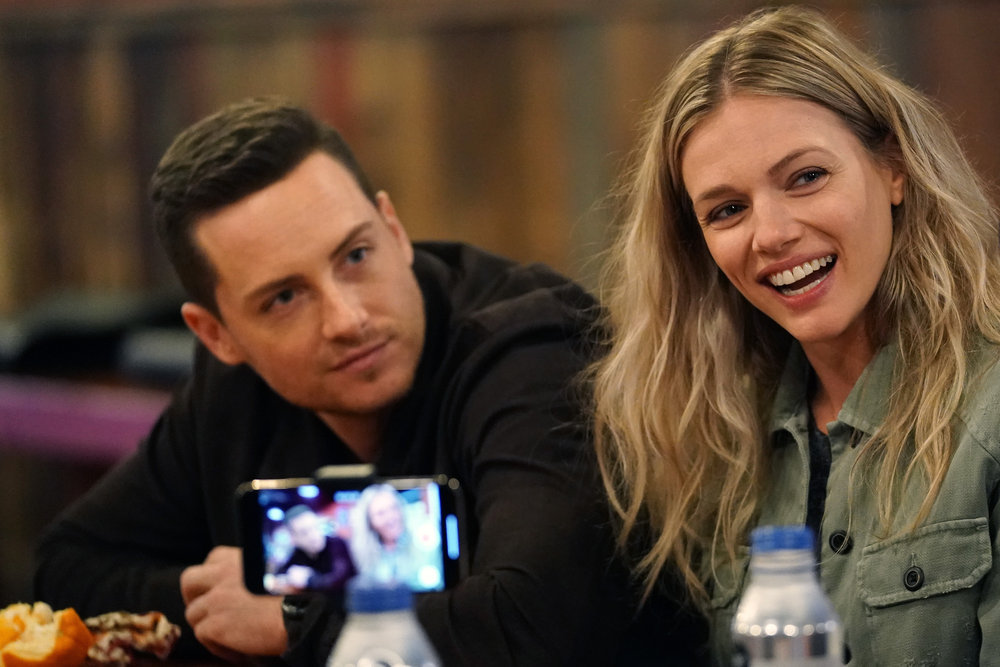 OK. So, If Ruzek does return to Burgess, would that push Upton to reassess her relationship with Jay?

Soffer said their coupling wouldn’t be that simple.

“I think, if that were to happen, Jay would have to get his stuff together,” he said. “Because he’s always – you know, they get closer, and there’s a bond, and they trust each other, and then Jay goes off the rails and does something crazy. And Upton has to reel him back in.

“That would have to shift in some way.”

The love square – sorry, Marina, but it is a four-way love affair – is one of the story elements that makes “Chicago P.D.” stand out from other procedurals. It’s also something that has kept the show atop the ratings chart.

Executive producer and frequent director Eriq La Salle said, “I think one thing that separates us a little bit from shows is that our relationships are equally defined by the work relationship, as opposed to just any kind of romantic or personal. So, when we discuss relationships or when we approach relationships, it’s not, ‘Oh, let's get them in bed together.’ What are the consequences? What are the benefits? What are the whatever? How does this affect the work? That’s always a key thing.” 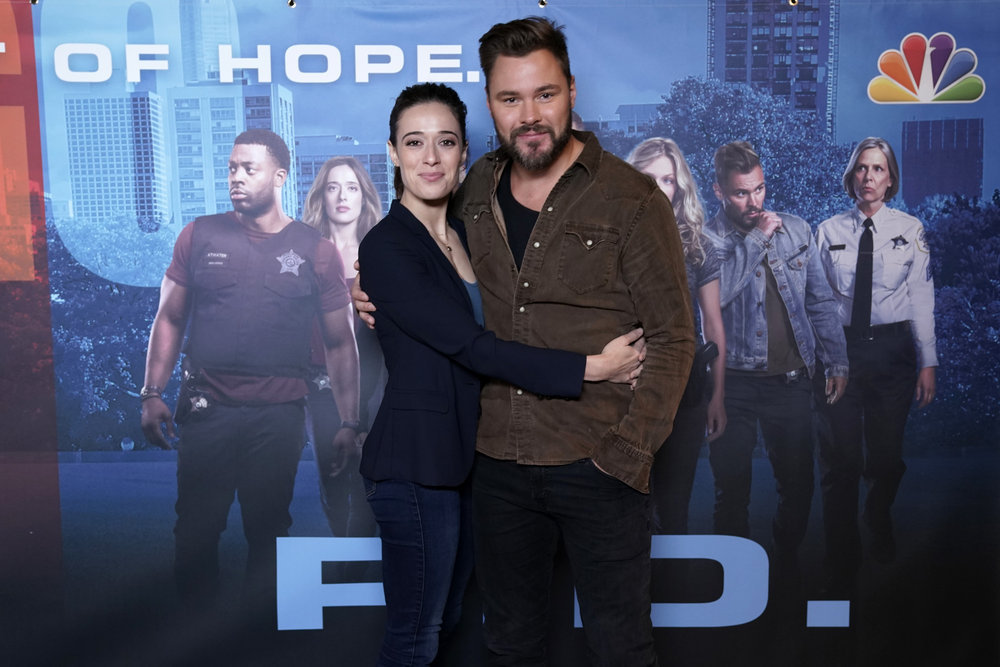