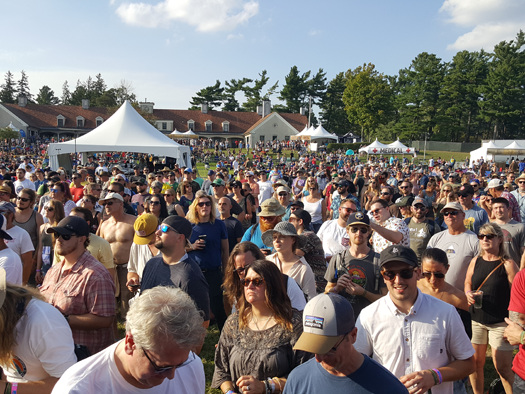 Visitors Saturday at the Knox Farm in East Aurora.

Photos and story by Terry Duffy

The second edition of the Borderland Music and Arts Festival played out Saturday-Sunday, Sept. 21-22, at Knox Farm State Park in East Aurora.

Presented again by East Aurora expatriate Jennifer Brazill, founder at Brizniss LLC of Santa Monica, California, with assistance from numerous local organizers, the second Borderland was again a celebration of the rich history, diversity and renaissance of Buffalo and WNY in a music and cultural festival setting. Crowds numbering in the thousands descended upon the scenic state park over the weekend to experience a wide range of artisans, craft beers and foods and vendors – complemented by all-day music set out over three stages.

The festival layout was similar to 2018, yet expanded upon with more vendors, food trucks and greater convenience. Gone were the long lines seen last year at the beer stands, as more were found scattered around the stages placed around the former Knox Farm estate. In addition to some fabulous late summer weather over the festival’s two days, dedicated camp sites were operating in the adjacent fields to the park, which allowed for a more enjoyable festival experience for visitors who chose to spend the night.

And the music? Nicely organized and a job well done in many respects.

Visitors found three stages titled “Grasslands” (main stage), “Split-Rail” (side stage) and “Homespun” (local venue), where 15 bands were featured throughout the day and into the night on Saturday. Performances were nicely synchronized, so that as one band wrapped up, another would begin its set with 10-15 minutes at one of the adjacent venues. Music aficionados could easily venture from one stage to another, and also find time for the purchase of a beverage or food, purchased via a number of food trucks on the park grounds.

The lineup that Saturday opened with the Borderland Festival Kickoff Jam at Homespun, and band sets quickly moved about from there. Miller & the Other Sinners opened soon after for a one-hour set at Grasslands, followed by Floodwood with Vinnie Amico of MOE at Split-Rail and Folkfaces at Homespun.

Performances continued with Booty & the Kid at Homespun, Grant Farm at Grasslands, and the Felice Brothers at Split-rail. A group panel discussion on 43 North occupied many hitting the nearby food trucks at the Homespun venue and concertgoers, many from Southern Ontario rocked on to the combo Allman Brothers/Dead/Skynrd sounds of The Sheepdogs from Saskatchewan on the Grasslands stage.

The wonderful mix of rock, country, Dead, psychedelic and more continued well into the evening Saturday, highlighted by performances from Rayland Baxter, the Leroy Towns Band, the Wood Brothers, The Infamous Stringdusters, and Dead Alliance Buffalo.

The southern rock band Gov’t Mule featuring Warren Haynes and Allen Woody of the Allmans wrapped up Saturday evening with a more than two hour set, with no breaks.

And visitor reactions? Positive responses all around.

“We had such a great time at Borderland!!” said visitor Marya Hoffman, whose remarks echoed many who commented on Borderland’s Facebook page. “Everything was well executed from the craft vendors in the horse stalls, stations to sort garbage accordingly, free water! and awesome music! Can’t wait for next year!”

For more on the Borderland Music and Arts Fest, visit www.borderlandfestival.com or check out the recaps online at Facebook. 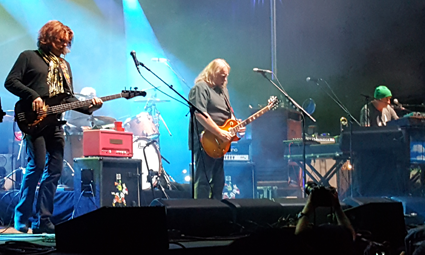 Gov’t Mule performs on the Grasslands stage at Borderland. 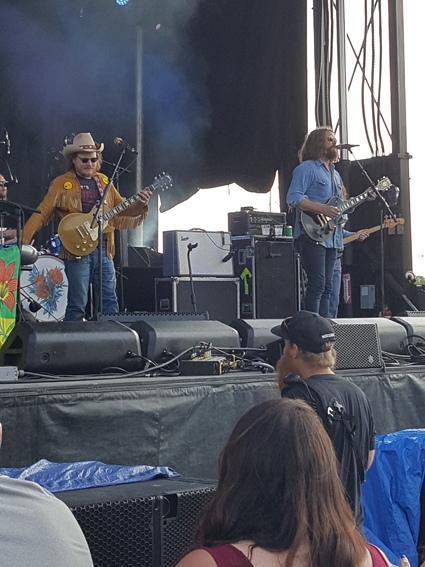 The Sheepdogs from Saskatchewan entertain the crowds. 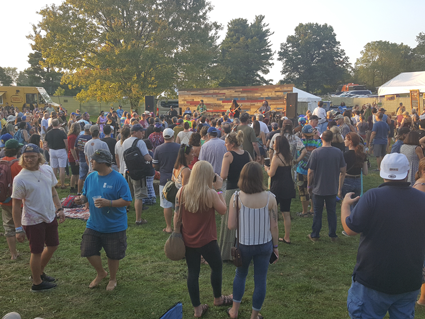