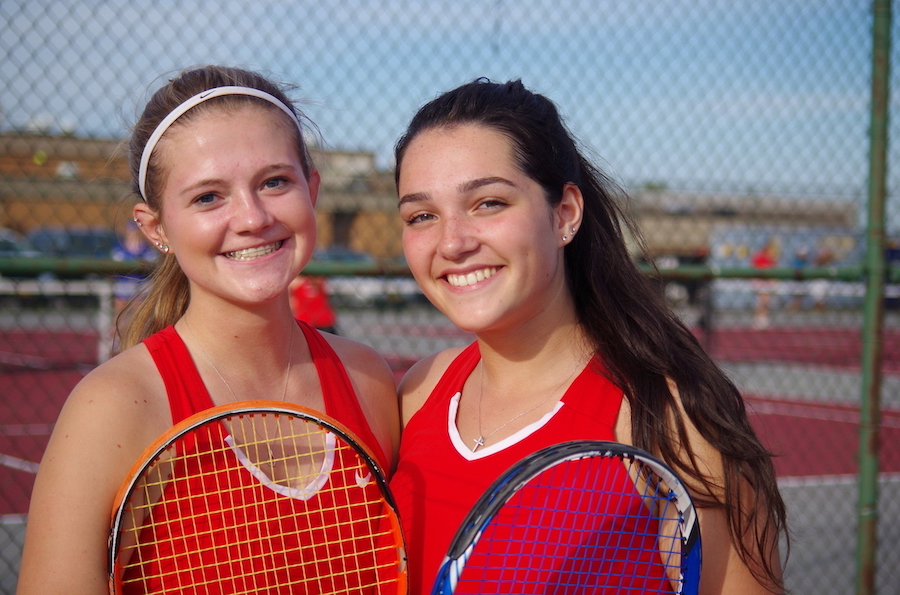 In a take-two of a match earlier this month, Grand Island and Niagara-Wheatfield vied to be the best tennis team in the league. The result was the two teams are now tied at No. 1 after a 4-1 sweep by the Lady Falcons against the Vikings.

The two teams held a lot of respect for their rivals, now undefeated except against each other. That doesn’t mean, according to Vikings coach, Don Pray, there aren’t more obstacles to handle in the upcoming matches.

“There’s no guarantees,” he said. “Lew-Port’s tough, Lockport’s tough. Anybody can knock anybody off in those top four teams. … You can’t take anything away from Niagara-Wheatfield, they played great today. They raised their game, and I think we played very well in all of our second sets even the matches that we lost. They were ready today, and maybe we weren’t.”

Viking Kirsten Brown’s performance was the sole dent in Niagara-Wheatfield’s overall victory. She won her sets against MacKenzie Patterson, a Niagara-Wheatfield senior, 6-2, 6-0. Brown is a sophomore at Grand Island High School and remains undefeated in all sets this season.

“Riley’s down right now,” Pray said at the end of their first set. “Because the second singles girl from Niagara-Wheatfield is just playing awesome right now and she came out and took her six-up. Riley’s got a battle.”

Lady Falcon Jocelyn Fike, a senior, also stepped up her game when she beat Allison Faye in two sets: 6-2, 6-2. This is Faye’s last year, and she has a 4-4 record against Fike’s 8-0. Faye lost the chance to serve a comeback against her rival and fell to Fike for the second time this season.

In doubles, Gabriela Green, a senior, and Katelyn Hoover, also a senior, narrowly missed having to play a third set playing against Maggie McNamara, a senior, and Megan Pinzel, a sophomore, 6-1, 6-4.

“I’m over the moon; I’m so happy we pulled it off,” Greene said. “Hopefully we can keep the streak going, become No. 1 in the league.”

Greene is a senior at Niagara-Wheatfield and this season she defeated all of her opponents in just two sets. Her doubles partner, Katelyn Hoover, was equally excited as was her coach, Kristin Janese.

“We were all nervous,” Greene added.

“But we kept our heads up, we were ready for this match,” Hoover continued. “We figured it out.”