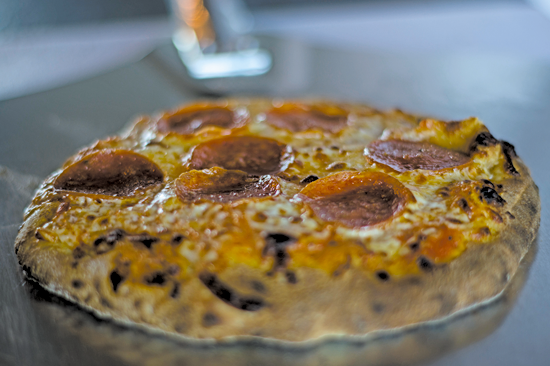 Approximately 200 people attended the long-awaited opening on the top floor of the hotel. The ceremony was held by the Grand Island Chamber of Commerce and was attended by members of town government, business leaders, and scores of patrons.

Dana Merklinger, Rudra Management regional sales manager, said the official opening of the bistro to the public will be Sept. 12.

“What a great turnout,” Merklinger said in thanking the chamber for organizing the affair. She also praised Jay Patel, owner of the Holiday Inn Express, for his work in developing the once vacant property.

“He had a vision, he had a commitment, and so he made it happen,” Merklinger said. She pointed out the company hopes for “a very intimate sort of comfortable setting, as you can tell,” with the bistro.

“We will be able to do 50 to 100 people with our sister property, Niagara Crossing,” she said, referring to a new venue in Lewiston.

“I think it’s easily the most people,” said Eric Fiebelkorn, GI chamber president, in estimating the event attendance. “We worked really hard to market this for them at a fairly short notice, but we also had the idea that people are really curious and excited about what happened in transforming this property as a whole, no less this beautiful idea to do a rooftop venue. It’s really great and unique, and there’s only a few in Western New York anywhere.”

According to Fiebelkorn, the bistro will fill an Island vibe in a unique way.

“You can never have too many good restaurants,” Fiebelkorn said, noting that the key to success in restaurants to get feedback from guests and then tweak the menu. “Every restaurant has to have its place. I think this is going to have its own unique vibe just based on location.”

A bistro on top of a hotel may appear at first glance to be directed just for the tourists and guests to the hotel, but Fiebelkorn said Islanders should give the bistro a shot.

“I think they will need to come check it out,” Fiebelkorn said. “We constantly hear at the chamber that ‘I wish there was another venue to have a little party’ or something different,” he said. “Well, this is here. And if people come check it out, it is a great place for a wedding shower, a graduation, anything really under maybe 150 people. This is a nice venue to have. And that’s kind of Island-sized parties. A lot of people always want 50 to 100 people, something different, but something of quality.”

The ribbon-cutting event featured food and beverages for those in attendance, and the chamber president gave his thumbs up.

“The food is good,” added Fiebelkorn, a noted gourmand. “You’ll never hear me talk down a pizza. So they have this awesome little wood fire pizza grill in the bar. “

“I think anybody having a party here would have their guests leaving extremely impressed with the venue and the food, and the services staff has been super nice as well.” 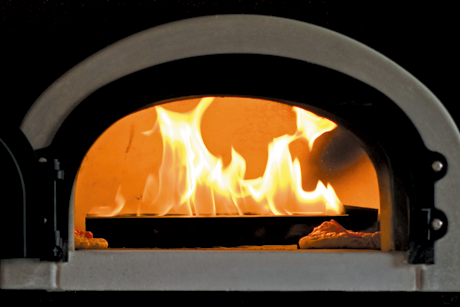 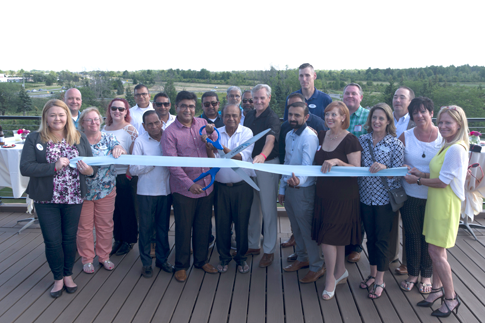 Anil Dholakiya and Raman Patel of Rudra Management had the honor of cutting the ceremonial blue ribbon at the opening of the Burrata Rooftop Bistro on the Holiday Inn Express. The event was hosted by the Grand Island Chamber of Commerce Friday at the new bistro, overlooking the Island. (Photos by Larry Austin)