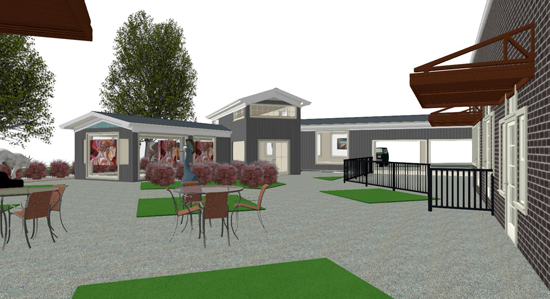 Last week's "Gallo 2" story featured images of the restaurant. This week, a rendering of the Sgt. Peppers Hot Sauces/Brewed and Bottled/art gallery side is included. (Images courtesy of Giusiana Architects & Engineers)

In addition to Gallo, the plaza will include Sgt. Peppers Hot Sauces and Brewed and Bottled. A corner art gallery also is possible. Hibbard said he’s targeting an April/May 2020 opening.

“Gallo 2” will be able to seat 100 with a combination of indoor and patio seating. Another 100 people can take advantage of a second-floor banquet space.

In addition to coal-fired foods – pizza is the specialty – the restaurant will offer a “Gallo Pronto” option, wherein guests can take advantage of quick grab-and-go items.

“I know, historically, they’d like to maybe have a little bit more of a historical look, but I like this look. I like it a lot,” Trustee Claudia Marasco said.

“I think it’s a great addition to the village, and I think you’ve done a great job here,” Deputy Mayor Vic Eydt said.

Realtor Tom Deal said, “I think it’s going to really enhance that corner. … It’s going to be a jewel to the village.”

Read more about the plan and see additional images on The Sentinel website, www.wnypapers.com. 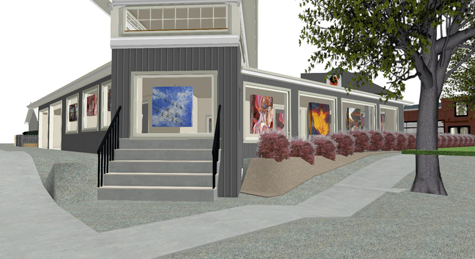 Trustees also voted to approve an exterior change to the CVS plaza building.

Following the meeting, plaza owner Anthony DiMino said, “Seeing that we’re not going to put on (a previously approved) addition, as we originally intended, we always were planning on doing a façade change.

“Originally, the façade was going to be kind of colonial-looking. And the more I thought about it, the more I went around town, and the other areas of Western New York, I felt that we needed to be a little more modern; more up-to-date.”

Architect Jim Fittante of Fittante Architecture P.C. presented the plan, and provided the images of 791-765 Center St. (below).

He said the new design would further distinguish the tenant storefronts.

CVS façade: What is shown above is set to become what’s drawn below. (Image courtesy of Fittante Architecture P.C.)

The Village of Lewiston Department of Public Works paired this week with outside contractors to replace sidewalks on North Fifth and South Fourth streets. 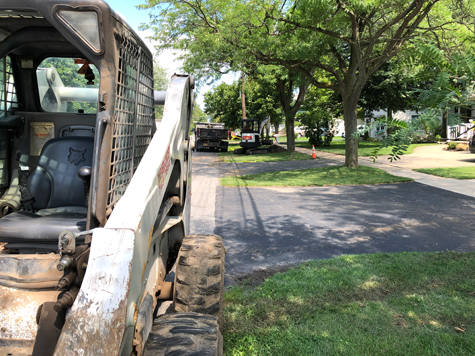 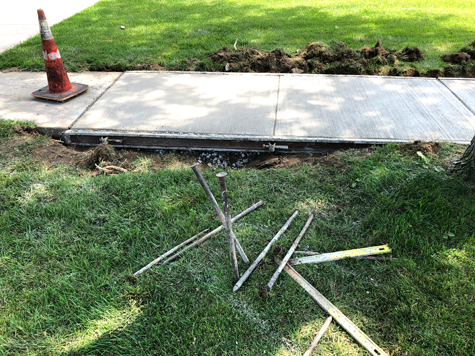 “He’s been with us quite a long time,” Welch said. “He knows it inside and out, so we’re lucky to have him take over.”