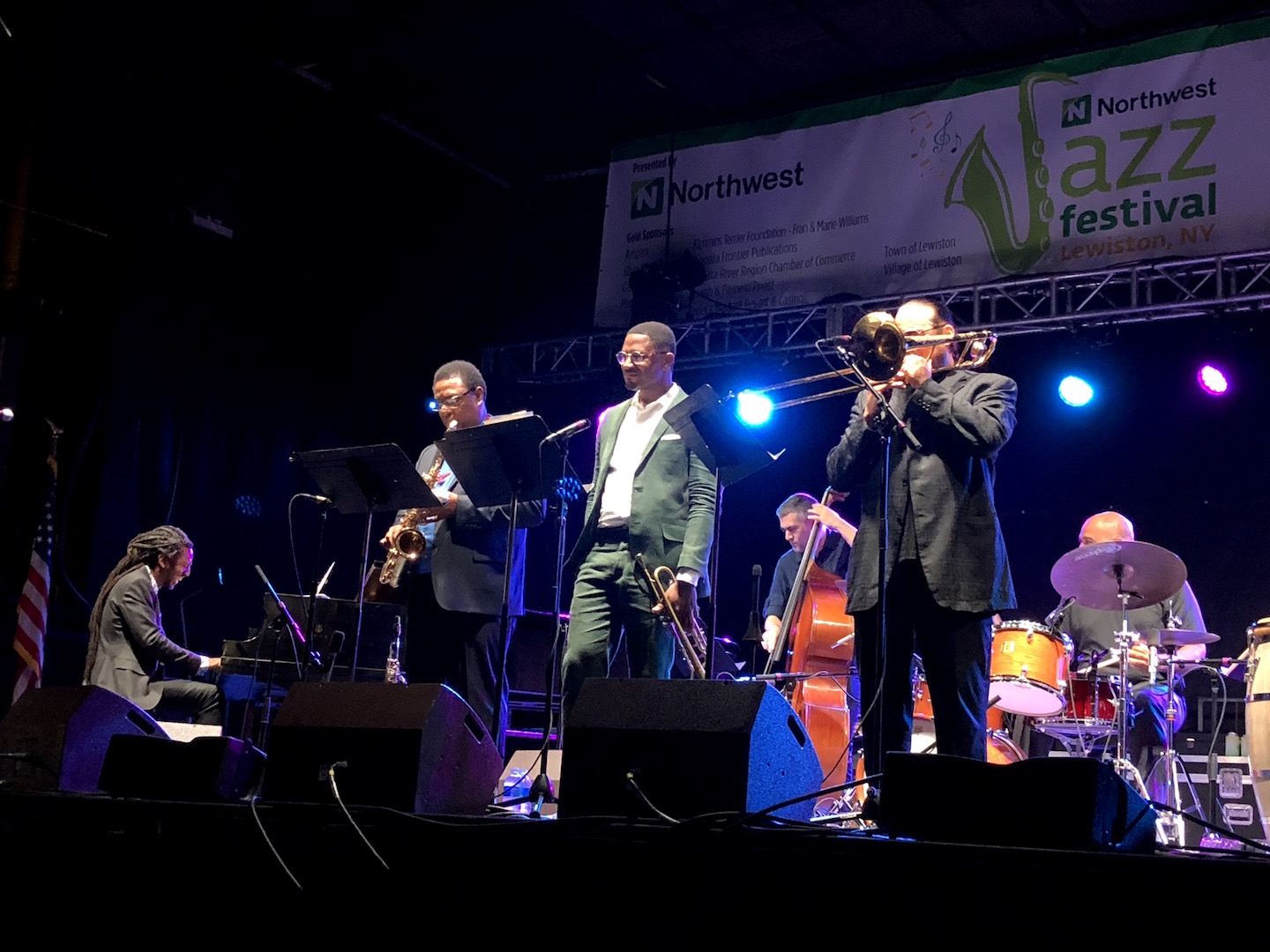 Elio Villafranca and the Jass Syncopators perform at the 2018 Jazz Festival. (File photo)

Jazz Festival has 'most ambitious' slate of musicians

The Northwest Jazz Festival in Historic Lewiston, NY will present some of the top Western New York musicians, as well as a sampling of the country’s best-in-genre artists. The adult-centric event is set for Friday, Aug. 23, and Saturday, Aug. 24, on Center Street.

This year’s featured artists include:

The full lineup and stage locations can be found online at www.LewistonJazz.com.

Jazz Festival organizers said the lineup represents the most ambitious presentation of jazz artists on the main stage in the event’s 18 years.

The lineup is curated by music director Tony Zambito, who said, “We’re all very excited about the lineup for this year’s festival. The main stage and headliner jazz artists represent legends, Grammy and Juno nominees, and up-and-coming dynamic artists.

"To be able to present a legend of jazz in Monty Alexander and his Harlem-Kingston Express is an enormous development for the festival. In addition, the appearance by one of the most dynamic headlining singers in jazz today, Roberta Gambarini, will be a not-to-miss event. On top of these two international stars, we have such special performers as pianist Mike Jones from Penn & Teller fame in Las Vegas, six-time Juno Awards nominee pianist/vocalist Carol Welsman, with the award-winning bassist/vocalist Nick Parrot.

Opening up the Saturday portion of the festival are two very gifted up-and-coming jazz vocalists today, based in New York City, Aimée Allen and Lucia Jackson.”

Jazz Festival President/Chairman George Osborne said, “The festival has grown to be the largest of its kind in the region. Our board of directors and staff work year-round to present the best in jazz music, and while keeping the event primarily free.”

The Village of Lewiston is host to the region’s most popular, free, two-day jazz festival, which features nonstop performances on five stages, plus an abundance of culinary delights and samples from Niagara Region wineries.

Sip mimosas and bloody Mary’s while listening to the sounds of Western New York’s own Three For All and drummer John Bacon Jr. at the Northwest Jazz Festival’s “Sunday Jazz Brunch.” The event is open to all, and runs from 10 a.m. until 2 p.m. Sunday, Aug. 25, at Niagara Frontier Golf Club, 1058 Lake Road, Youngstown.

Guests can savor the sumptuous menu offerings while delighting in the unique views of this premier golf course near Lake Ontario.

“New to the festival this year, this food and music event offers festivalgoers an opportunity to keep the party going, and gives out-of-town visitors the chance to extend their stay in the Lower Niagara River Region,” Jazz Festival President/Chairman George Osborne said.

Joining Bacon will be Joe Goehle on bass. He performs with the Phil Sims Big Band and many of the area’s top groups. Lisa Hasselback, part of a legendary musical family of world-class musicians – including her father-in-law, husband and son – will accompany the band on piano. The group will represent the history of jazz as a contemporary and artistic American musical form. Expect to hear a wide range of familiar songs being creatively interpreted by these three master musicians.

Bacon has performed alongside local musical legends including Bobby Militello, Sam Noto, Don Menza and Al Tinney. He has shared his artistry with festivalgoers since 2001. Bacon also leads the group Star People, and performs regularly with the Buffalo Jazz Composers Workshop, the Buffalo Jazz Octet, as well as his own quartet. His forthcoming CD release, “Refractions,” features the music of Thelonious Monk with Danny Zieman and Michael McNeil.

To accommodate the Northwest Jazz Festival’s scores of musicians, vendors and patrons, Center Street will close from Fourth Street to Seventh streets at 5 a.m. Friday, Aug. 23. The cross streets will remain open north and south.

Center Street will re-open to traffic at about 3 a.m. Sunday.

Fifth Street will be closed at Ridge Street to Plan street during these same hours.

Lewiston businesses are encouraged to make any necessary arrangements for delivery trucks during these hours, as vehicles will not be permitted onto Center Street while it is closed.

For more information, call the Niagara River Region Chamber of Commerce office at 716-754-9500.