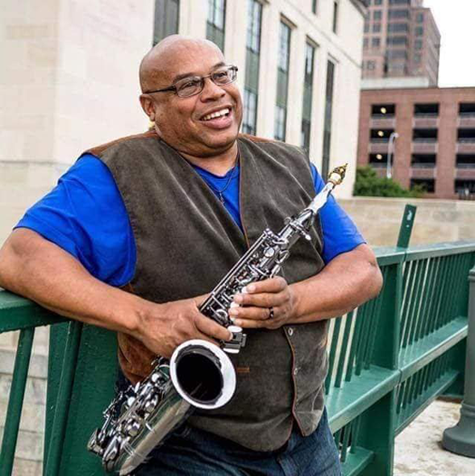 Youngstown: Mug and Musket to host Jazz and Blues Weekend

Those taking in all that next weekend’s Northwest Jazz Festival in Lewiston has to offer need to circle Sept. 6, 7 and 8 on their calendars.

Stella noted with pride the Mug and Musket has become a bit of a music lover’s paradise with on- stage performers, open mic nights and colorful entertainers, both local and distant. And that growing popularity has helped spur the return of its successful Jazz and Blues Weekend happening.

“We’ve had a lot of people ask me to bring in more jazz, more blues back to the Mug and Musket,” Stella said. “We’ve been having that all along, but not a lot. So I think it was a great thing, upping it a little, making it an annual event. And this time of year I think it’s perfect to do it.”

“I’m real excited about it; we had good one for the first year and we’re bringing it back,” she added. “I got a great lineup of talent that is coming in!”

“A classy affair, we doing a red carpet event, out front,” Stella said. “We make it kind of personal, kind of special.”

Friday evening will feature the sounds of the Custode & Parisi jazz duo from 5-7 p.m., with headliners Janice Mitchell and the Baseline Trio entertaining from 8-11 p.m.

Saturday brings in Paul Beringer’s String Theory from Buffalo, playing from 4-6 p.m. Fresh off its successful debut this summer at Abbey Square in Amherst, the jazz-fusion trio features Tony Grizanti on bass guitar, Diana Nowak-Riffle on drums, and Beringer on guitar and sax.

And it sets the stage for Grammy-nominated and award-winning saxophonist Jimmie Highsmith Jr. of Rochester, who will grace the Mug and Musket stage with his quartet from 7-10 p.m.

In the past 10 years, Highsmith Jr. has recorded 10 top-selling smooth jazz CDs that have sold thousands worldwide. His sixth CD, “The Anthology of Sound,” received a Grammy nomination. Highsmith Jr.’s mastery on the sax represents some of the best in the smooth jazz genre.

Come Sunday, Stella said the Mug will be going local, with many of the familiar faces of recent past returning on stage for what’s expected to be a fun jam throughout the afternoon and evening.

“On Sunday, we’re going to Mosey and the Bi, Maureen Gambino, Avery Weisman, Moynihan and the Crew --- it’s a little more local flavor,” Stella said. “And we’re also going to have the JD’s … with Jay Moynihan, Dante Miles, Jerome Dimon Jackson – ‘Miracle Jackson’ – and we’re also going have Sharon Bailey on some vocals, too. So, it’s kind of a whole mixture on Sunday.

Stella said seating packages for Jazz and Blues Weekend are now available. Prices run from $15 for one day to a $40 package for the entire weekend.

“It includes your VIP wristband, plus a drink ticket,” Stella said. “Our specials and complete menu will also be available. This will reserve your table seating.”

Stella said she expects the Mug and Musket will be able to accommodate seating for roughly 50 to 60 visitors each day.

While it’s taking place the same weekend as the Lewiston Peach Festival, Stella said she feels the two events compliment each other.

“I took a gamble last year,” Stella said of the 2018 debut. “I tried it, and I don’t think it interfered with anything. In fact, it feeds off of it. I think it was a great thing for people in the area – like if your kids are doing (the Peach Festival), this is something you can do.

“I’ve had a good response on it; I’ve had people from Toronto, from Buffalo. They came from all over to hear about this event.”

For more information on Jazz and Blues Weekend, and the available packages, call the Mug and Musket at 716-745-9938 or visit its Facebook page.