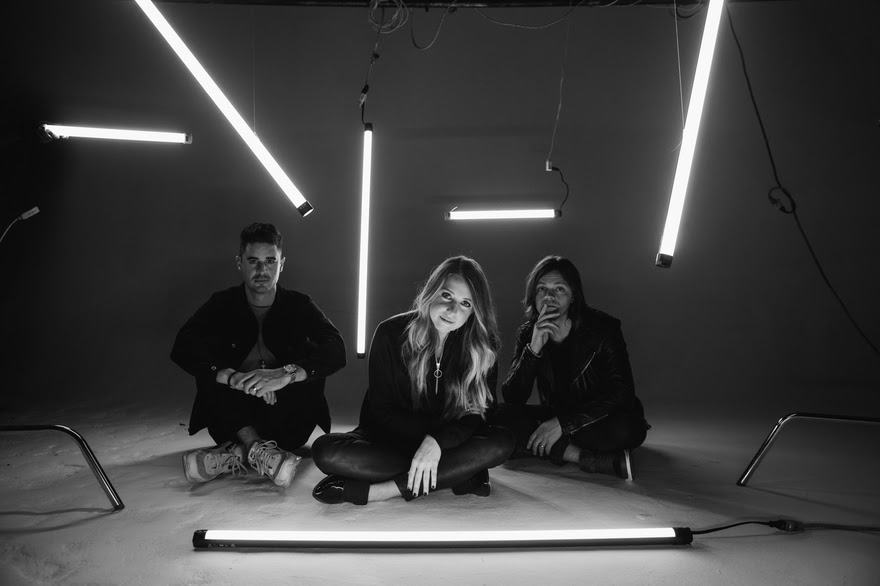 We live in a world where more and more people live on their tech. No interaction; no conversations; no phone calls – just people staring at a screen round-the-clock.

And yet, somehow, Passion (the band) managed to draw nearly 40,000 college and high-school-aged kids to their three Passion (the conference) events this year. Youth came out in droves to Atlanta, Dallas and D.C. to – get this – have church with each other!

As it turns out, Passion (the band) had a pretty good idea. The ministry, started by Louie and Shelley Giglio, has been helping young folks find their, well, passion, since forming in 1995.

At the conference, Passion – Kristian Stanfill, Brett Younker and Melodie Malone – released “Follow You Anywhere,” a 10-track album recorded at Passion City Church in Atlanta. The group will perform these songs, as well as hits (think “How Great Is Our God,” “God Of This City,” “One Thing Remains,” “Even So Come” and “10,000 Reasons [Bless the Lord]”) when it performs Monday, July 29, as part of the Kingdom Bound Festival at Darien Lake.

Stanfill spoke with NFP about the Passion conference, working with youth, and fighting slavery through the END IT Movement. An edited Q&A follows. Q: What, for you guys is the appeal of a Kingdom Bound event?

Kristian Stanfill: Well, you know, anytime we get to be somewhere where a lot of people are gathered, and we can lift up the name of Jesus, that is very exciting for us. You know, we're rooted at Passion City Church in Atlanta. But anytime we get to leave the four walls of our church, and leave our city, and go see what God is doing in other parts of the country, it's very exciting. So we're coming, and we're bringing the full force of our team, and we're excited to see what God's gonna do.

Q: Plus, there's roller coasters. I mean, that’s not bad, either.

Q: It's interesting: You talk about sort of seeing what's going on around the country. But I'm curious to know what's going on in Atlanta, because, you know, to have 40,000 people at a conference, it just is mind boggling to me. If you look at what the national media portrays as what's going on in the world right now, and sort of where youth are, I mean, you'd be hard-pressed most days to think that 400 youth would be at an event like that, let alone 40,000. So, what's going on down south with you guys?

Kristian Stanfill: (Laughs) I mean, it's an exciting time. It really is. It's a great day to be alive in the story of God right now. What we're seeing is that students, particularly college students, with Passion, they want to gather with their generation. And they want to say, “Hey, we're here, and we want to live for what matters most,” which is the name and the fame of Jesus. And they're not growing weary with gathering together at Passion.

And, you know, we felt a ton of excitement this past year, like you're saying, at 2019. We're looking ahead at Passion 2020; we're going to be a Mercedes Benz Stadium in Atlanta. Sixty-thousand-plus-strong college students. And we're already seeing a huge response for Passion 2020.

Q: And that's what I was going ask you next. I mean, when you have those numbers, and when you see that kind of a thing happening, I mean, I would think that it's going to be hard to – not, like, suppress it; I'm not saying that the media is suppressing it – but it would be hard not to notice something like that nationwide. Do you really feel that, you know, as a country, we're sort of on the cusp of something major happening with the next generation?

Kristian Stanfill: I mean, I don't know; I can't say that, for sure. I just know what I'm seeing in our small corner of the Kingdom of God. And what we're seeing in Atlanta, what we're seeing with Passion, is a hunger and a thirst in this generation to meet with God. And I think that that's indicative of what's happening in this generation as a whole.

And I think, speaking about Passion, I think these students come to Passion and they go, “What God is doing, this is real; and it's something I can sink my teeth into; and I can live for.” Not Passion, but the name of Jesus.

I'm just so excited and invigorated by what is happening right now.

Q: When you talk about authentic and legitimate and being real, How does that translate into the music? What is the approach when you guys are crafting these songs?

Kristian Stanfill: It has to come from a real place. You know, I think the best songs start from the most authentic places. And all the songs that we're carrying right now, from “Follow You Anywhere,” they came from very real, authentic places in our lives; where we're walking with God, and we're experiencing more of who he is; and diving deeper into his word and climbing higher to see more. And the songs come from those places.

And, you know, I feel like that's a responsibility that we have as songwriters, you know, especially for this generation – for this moment – because, you know, I'm 36 years old. I have a moment to lead right now, but I won't be leading forever. And I won't be writing songs that the world sings forever. But for this moment, right here and right now, we all have a responsibility to be authentic and genuine. And so that's what we're trying to do best as songwriters.

Q: Another thing that’s interesting to me about the Passion Conference is that I've been to conferences before, and it's like, you know, you leave and you're on kind of a high note, and you're feeling good. And they're like, “All right, go and change the world.” But there's not, like, necessarily anything tangible – like, “What are my next five steps?” or whatever. But I see that you guys have raised almost $9 million through this END IT Movement. And I think that's something that's actually very tangible and practical; it's like “Get involved in this.” That, to me, makes a lot of sense. What can you tell me about the END IT Movement?

Kristian Stanfill: Well, the END IT Movement, it's very cool, because it started with Passion, but it’s become the people's movement at this point. I'm not sure many people would go, “Oh, hey, that's the thing that Passion started.”

But, you know, for us, when we gather all these students – you know, tens of thousands of students together – that's a stewardship. It’s something that, again, God has entrusted to us to lead. And we really want our worship to go out beyond whatever venue – like Mercedes Benz Stadium; like, if our worship stays in that stadium, then, you know, what was it all for? But when we gather 60,000 college students, the city should feel that. The world should feel that. The world should change. That was how the END IT Movement kind of launched, as we were looking around and going, “Hey, modern day slavery is real. And there are millions of people living in unimaginable horror right now. And that's not OK. That's not the heart of God; the heart of God is freedom; and its life abundant.” And that is not what modern day slavery is, obviously.

END IT Movement is just one thing. You know, these students have funded so many amazing projects all over the world: to help translate scripture for people, to bring, you know, just towels and socks to the homeless community in Atlanta. The homeless community in Atlanta has been changed in such a massive way, because these students show up every year and they go, “We're just bringing towels and socks.” It’s just simple as that sometimes.

But for us, like I said, it's a stewardship. And it's like, “OK, we have all these people here, how is the world going to feel a difference?”

Q: That's awesome. So, what are some of the other notable things you guys are doing this summer?

Kristian Stanfill: We've got a few other festivals lined up. We've got, you know, a few dates here and there. But for us right now, a big part of what we're looking ahead to is Passion 2020, like I talked about.

We're writing new songs. We're getting ready for all that’s ahead. And in the fall, we're gearing up; we're going to probably be doing some kind of a tour in the fall, which we’re really excited about. It's going to be a little bit of a different format for us, but it's going to be very, very cool.

“As I was preparing for the festival, I felt the Lord bring me to James 1:22, ‘But be doers of the word, and not hearers only,’ ” Executive Director Donna Russo said. “There are many of us who attend the festival and receive, who need a gentle push to realize that God makes deposits in us calling us to invest back into our world and the people in it. It is that investment through serving others that changes lives. Don’t miss your opportunity to hear that message this summer – be a world-changer.” 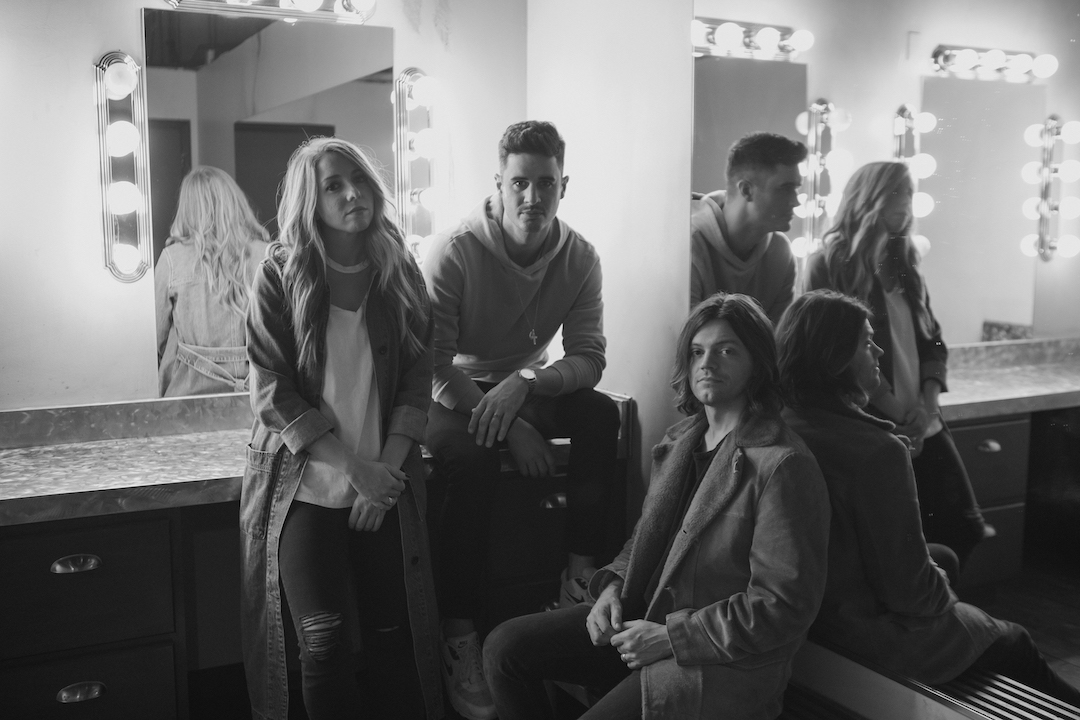 Get connected with Passion: