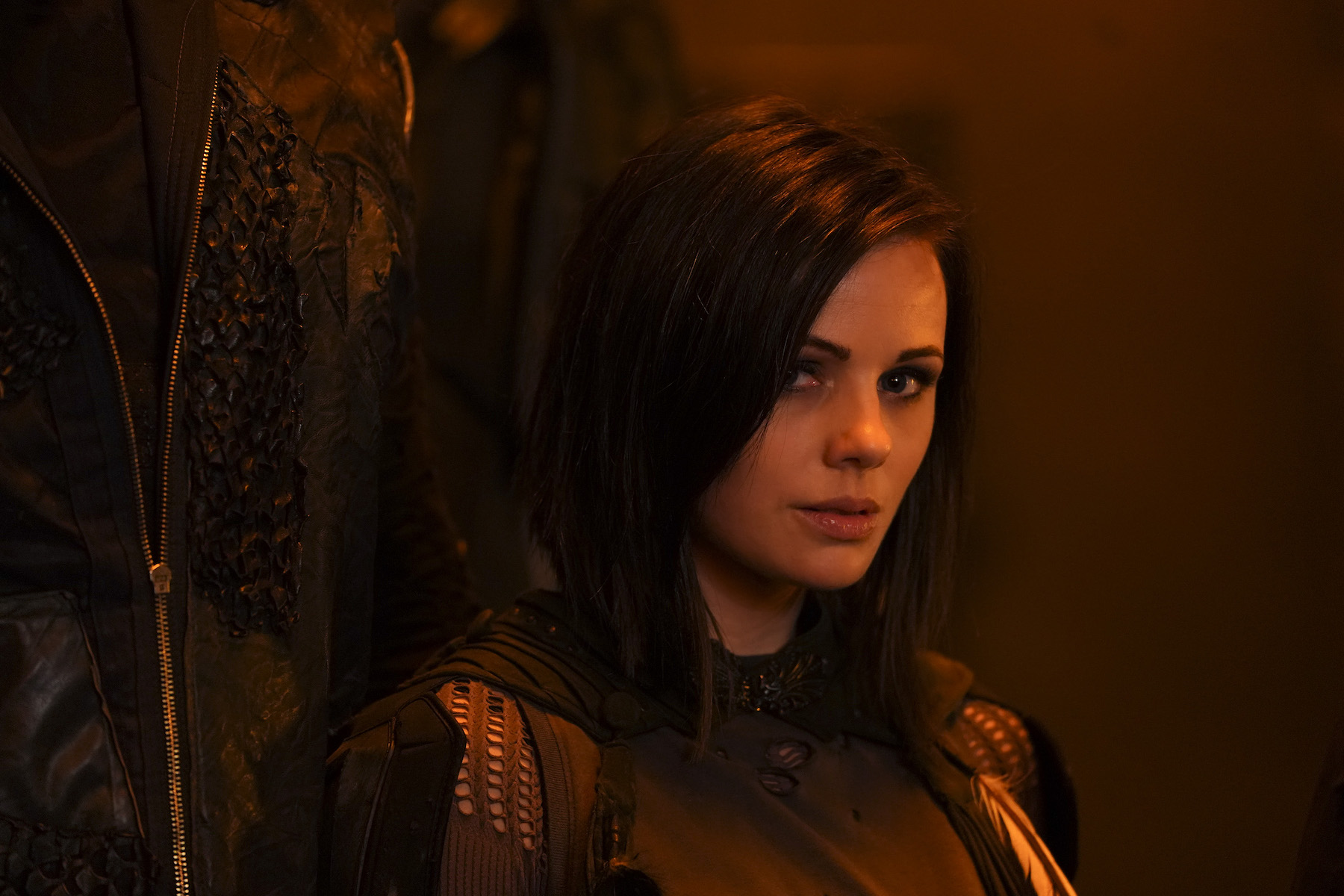 Though just 5 feet, 7 inches tall, Lee was an intimidating presence on screen. He made audiences believe that, no matter who his foe was – whether big and burly, or, perhaps, packing nunchuks or a sword – Lee would win.

Williams is the same way.

The New Zealand actress, at all of 5 feet, 3 inches, has the ability to play larger-than-life characters.

Recently, audiences have watched her bring creepy, brutal might to Shrike-hunter Snowflake on “Marvel’s Agents of S.H.I.E.L.D.” There, she’s had to go toe-to-toe with one of the Marvel Cinematic Universe’s toughest grapplers, Ming-Na Wen’s Melinda May.

Prior to that, her battle-ready, war-painted Hannah Jones fought off the Army of the 12 Monkeys, the Witness, and time itself as Hannah Jones on Syfy’s “12 Monkeys.”

Lee was a jeet kune do master. It was easy for him to incorporate martial arts into his acting, and even easier for fans to buy into his ferocity.

Williams, on the other hand, she grew up bereft of any athletic ability.

“No; not at all. In fact, it’s like a big joke amongst my friends. They’re like, “How on Earth have you ended up playing all these, like, crazy fighting characters,” because I'm the most uncoordinated, clumsy person,” Williams said in a phone interview. “I didn't do any kind of sports or anything growing up. I tried and was so bad at it, that I was just too embarrassed to keep doing it. I got kicked out of ballet when I was like 7, because I was just so, so, so bad; they couldn't even put me in their recital.”

Without Lee’s physical tools, Williams manages to do what he did, and come across as a legitimately fierce fighter.

They key, she said, is “I just believe that it’s true. Not so much for myself as Brooke, because I’m actually quite a gentle spirit. But if I’m playing, for example, Hannah or Snowflake, they absolutely know that they will win. There’s no question in their mind. They are highly skilled fighters.” 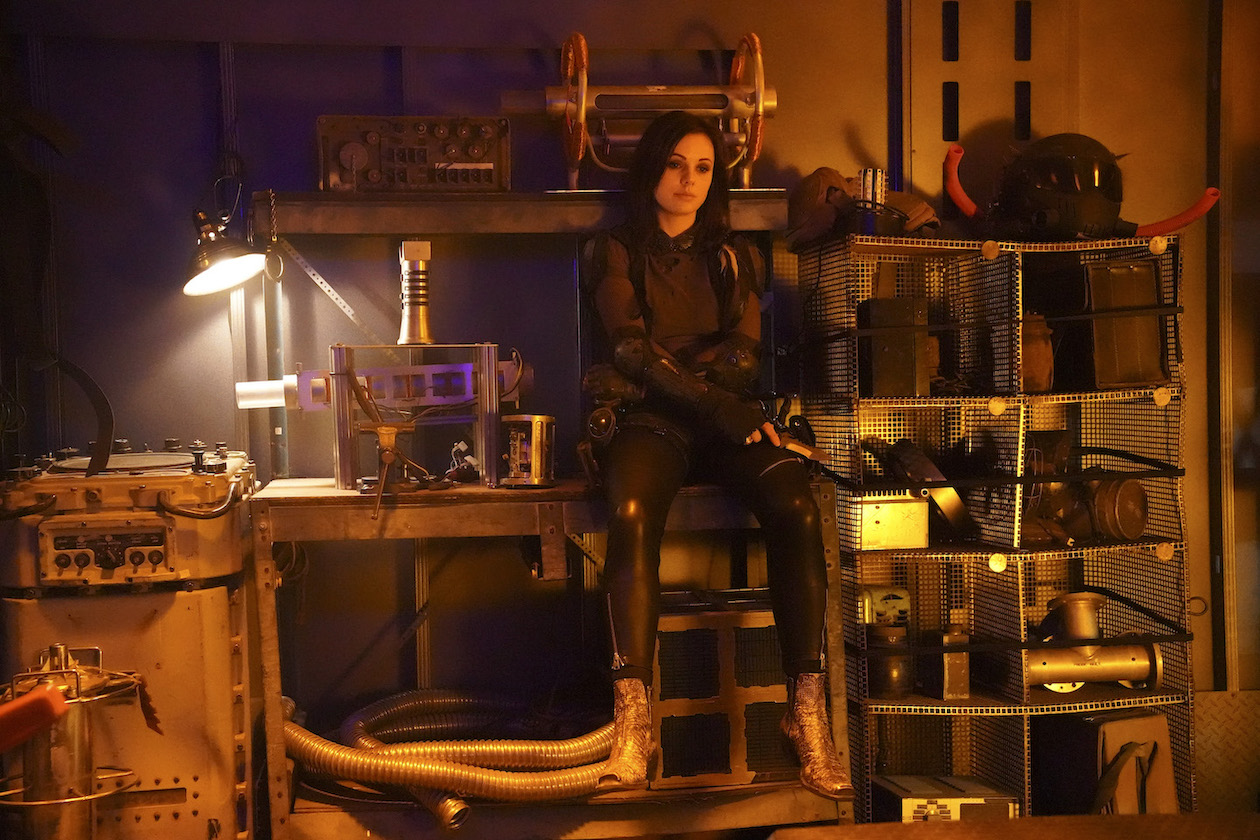 Brooke Williams’ Snowflake ponders her next move on “Agents of S.H.I.E.L.D.” (ABC photo by Mitch Haaseth)

Now in her 20s, Williams said her physicality, “It’s improved, because of the sort of work that I've been doing. But, I remember on ‘12 Monkeys,’ I had a huge fight scene in season two – the first season that I joined them. And they just expected that I would be really great at it. And so I had to be, because there wasn't an option. And I was terrified. And it was a really big (scene), and they wanted to get it in one shot.”

Hannah, had to take on about 10 assailants, and Williams was a nervous wreck.

“What I have found is that stunt coordinators and the stunt performers that I've worked with are pretty incredible and like, so patient,” she said. “I do a lot of work on my own, like once I get the moves down, I will go home and just rehearse and rehearse and rehearse. Because I don’t have a natural body, like a muscle memory, for that stuff.”

As Lee trained in his dojos, so, too, Williams has taken extra time to hone her craftwork.

“It’s getting better,” she said. “But, naturally as a person, I’ve got no dance background. I’ve got nothing. So, I would just go home and just crush it until I could do it with my eyes closed. Just so that the next time I go into rehearsal, I can start really refining it.

“I'm always amazed by how patient these stunt coordinators are, and the stunt teams are on every job I’ve done. It’s like a very particular quality that is very specific to performers and stunt artists. Because sometimes I will get people to repeat things – seriously – like, I don’t know – 40 or 50 times. (Laughs) Small sequences, so that I can really start to understand what’s going on.

“People have been so incredibly patient with me, and really, I mean, there's so much that goes on behind the scenes to get it to a point where it really looks like what ends up on screen. And, yeah, I have to say so much credit is due to the stunt teams for their patience.”

With Hannah and Snowflake, Williams said, “Those two characters, specifically, had a wildness about them. Completely different types of wildness. But there is sort of an animal quality to both of them in different ways. And that’s a fun thing for me to access.”

On “12 Monkeys,” Williams played a hero, with “a lioness kind of wild. … And for the greater good.” Snowflake, on the other hand, is a hot mess.

On one hand, she and Phil Coulson’s alien doppelganger, Sarge (Clark Gregg), are trying to save planets from a mysterious parasite. On the other hand, Snow is really into reincarnation. That is to say, she has no problem killing those in her way, freeing them to become beautiful butterflies.

That’s fine with the actor.

“I got an audition for the character, and I read the sides and was like, ‘Oh, I love this; I can do this. I get her.’ Because sometimes when you get auditions, you're like, ‘OK; cool, yeah; I can do this.’ And it takes a little bit of sort of warming into it. But sometimes you get them, and you read the script and go, ‘I know this girl.’ ” Williams said. “I really wanted it. And so, I went in and did my first audition. And then I came in for a callback, and one of the showrunners was like, ‘Oh, we really loved the creepiness that you brought to her.’ And actually, honestly, in my initial audition, I didn't rehearse crazy at all. I wasn't intending to be creepy. (Laughs). Because there was all this sort of floaty, ethereal Snowflake-y stuff where she talks about butterflies. But it wasn't in the context of her being a bad guy or anything.

“So, I wasn’t being creepy in my audition. I guess that just translated. And then once I got that note, I was like, ‘OK, well, I'm gonna push that a little bit further.’ ”

Snowflake, Williams said, is “such a little puzzle and full of these weird dichotomies and contradictions. I just find that so fun. It was a role that I thought, when I read it, I was like, even though there wasn’t a bunch of context for it, ‘Oh, this could be a really fun job.’

“It’s fun to be surprising, and it's fun to surprise yourself. When you have a character like that, there’s a lot of freedom in it. You have to play, because she plays. So, you have to be kind of open to whatever.

“Also, I think on that show, what they do really well, once they get a sense of who the actors are, they start to fuse the idea of the character with the qualities that the actors bring. So, as the season progresses, you start to see more different sides come out.” 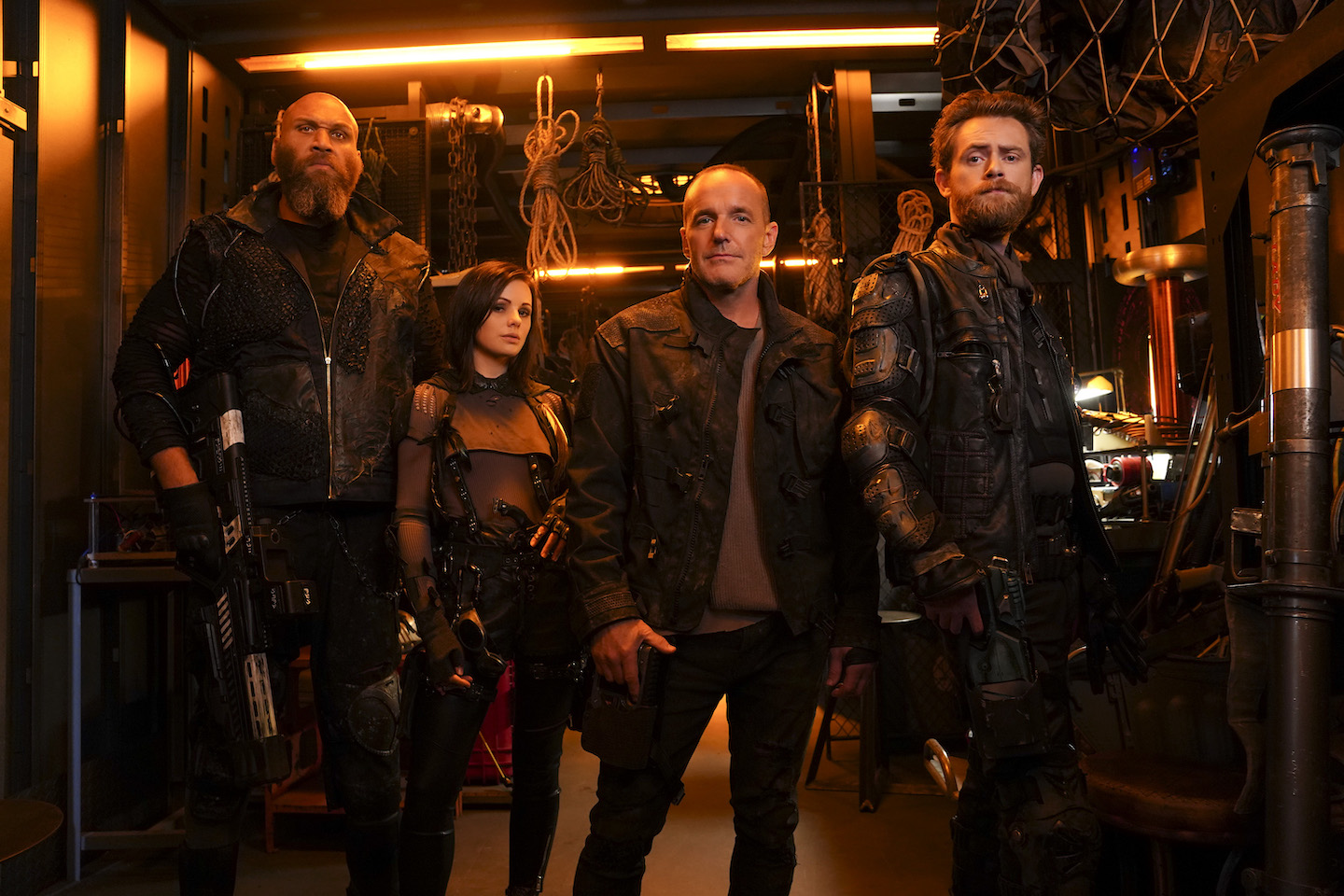 While credit is due to the writers and stunt teams Williams has worked with, it’s everything she does on screen leading up to the fight scenes that leads audiences to believe she will triumph.

“I suppose I do have a ferocity in my spirit that I can tap into when I'm working, that I don’t really use so much in my real life – unless I’m really, really pushed,” she said. “But I think it’s also so liberating to know that these women, they have everything they need to win the fight. They just know that they can do it. So, if it was me fighting someone, I would be terrified, because, obviously, I don't have those skills. But it is so liberating as a woman to be like, ‘Yeah, I can kick anyone's ass while I'm playing this character.’

Catch Brooke Williams on Marvel’s Agents of SHIELD, airing at 8 p.m. ET on ABC. “12 Monkeys” is available on streaming services.