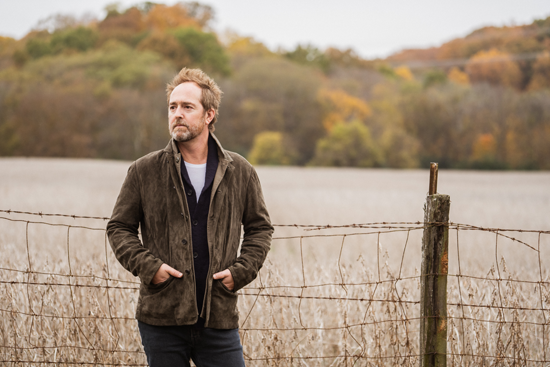 In the early ’90s, cassette and CD singles were the way to go. They were cheaper, and the content was more focused.

Albums, if purchasers were lucky, had two or three quality songs mingled in with a lot of fluff. There was no cohesion.

But as the decade drew to a close, the tide turned and songwriters began telling complete musical stories. One of the best at the craft was Tonic’s Emerson Hart.

Over the course of four full-length works (1996’s “Lemon Parade,” ’99’s “Sugar,” 2002’s Grammy-nominated “Head On Straight” and 2010’s “Tonic”), Hart crafted complete narratives. Yes, there were hit songs – “If You Could Only See,” “You Wanted More,” “Open Up Your Eyes” and “Take Me As I Am,” among others – but the other tracks were good, too. All told, the “supporting” tunes provided strength, substance and structure within each album.

Over the years, Tonic has taken breaks to allow Hart, guitarist Jeff Russo and bassist Dan Lavery opportunities to pursue side projects.

The singer/songwriter guitarist performed as part of Buffalo’s “Rockin’ at the Knox” fundraiser in the summer of 2017. At that time, he was working on new Tonic songs. But as the stories began to unfold, Hart realized the material just wasn’t right for his band.

Instead, Hart opted to make an album he initially called “90,” which was inspired by his stepfather, Arthur, and nine decades (and counting) of a life well-lived.

Hart recently chatted with NFP about his new work, his home outside of Nashville, and touring with his “brothers”: Mark McGrath of Sugar Ray and Kevin Griffin of Better Than Ezra. The trio will perform in Lewiston on July 9 as part of “Tuesdays in the Park” at Artpark. 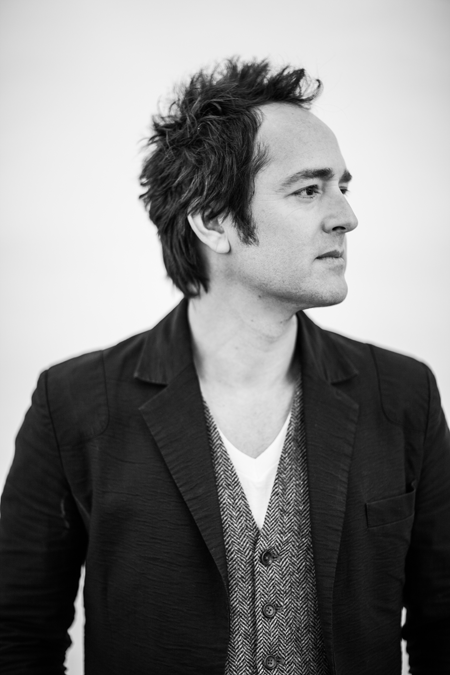 Q: We tend to talk about Nashville at the beginning of our chats. Were you there for the NFL Draft (in April), and, if so, what was that like?

Emerson Hart: (Laughs) Well, I was here for the draft. I was not on tour at that point. But I was so far away from downtown, I can't even explain it to you.

Q: Yeah, it just looked like a sea of insanity.

Emerson Hart: Dude, it was crazy. It looked like four Mardi Gras put together in one.

Look, it's great for our city. And we love having folks come, and having a good time. And they have a full good time when they come to Nashville. But, yeah, I tried to stay out of the melee.

And I think really the biggest comedy of it was just all of the bridesmaids who were not aware that that was happening, and they were mad. Because we tend to be like the No. 1 bridesmaid party or bridal shower party, whatever, destination is Nashville. And they were like, “I can't believe that this is going on this weekend!” It’s like, “Ladies, it’s the NFL Draft. It's one of the biggest events in the United States. You might have to let that argument go.”

Q: Yeah. You know, it's funny. I'm hoping to get back down there for the Bills and Titans game. I haven't been there in about five years. But I do understand that it has become this giant place for bridal parties, and I don't know why. What what's the deal with the bridal parties?

Emerson Hart: Man, I don’t know. Nobody can figure it out. I mean, granted, you know, we have a lot of great bars, a lot of great honkytonks and stuff like that. And It's walkable when you're downtown. So, that makes sense.

Q: So, Emerson, I'm on your website. I'm reading about “90.” And then I'm desperately trying to find “90,” because it sounds like a great project. What can you tell me about the status of that – and when can I hear it?

Emerson Hart: Well, probably late-August, early-September is what we're shooting for, for release.

But “32,000 Days” is the title track on the record. It's what I consider the pillar of a record. When I make records, I need to have two songs that are kind of anchors for the record. And then I can tell a story in between the two. So, “32,000 Days” is just about that journey.

My stepfather is 92. He’s a World War II vet. He joined the Merchant Marines, the Navy, when he was 16 years old. He lied about his age; went out to fight for his country. My dad died when I was really young, and my stepfather kind of, you know, became my pops. And so it’s really, the record is not – there are some specifics about his journey in life, but it's really just about that journey that you can do in that 90 years – what that looks like; falling in love; experiencing loss; experiencing loss and love. All those different things. And how it affected me. …

That was such a part of my childhood. And, you know, the older we get, the more we reflect back. It doesn't mean I don’t look forward. I just wanted to kind of document that part of my history with him involved – to honor him.

Q: I know when you make an album that you like to tell a story; I know you're not just throwing a bunch of hodgepodge songs together. When you were here two summers ago, we were talking about you starting to write a Tonic album. You did this instead. So, I'm wondering if it was a case that you felt that you had a better story to tell with this then maybe you did at the time for Tonic? What led you to sort of turn from that to this?

Emerson Hart: Well, it really kind of was just as you’re saying. Once the songs started coming out, they just didn't feel like a story I would tell with Tonic. It didn’t make sense to me.

Now, are there Tonic songs that have been written since then and are in the works for an EP or a new record? Yes, absolutely. I'm in the process of doing that.

It seems to be the writing is easy. It’s the getting everybody together part that’s the hardest. You know, Jeff's been very busy. He won an Emmy, and he's been very busy with all the shows that he's scoring. Dan Lavery … he's been super busy working with Adam Lambert and The Jonas Brothers. He's been very busy, as well. So, it's really just a matter of schedule.

But I knew that I could not tell this story (with Tonic). And I thought, “Well, I should just write it, and tell the story, and just do it. Release the record.” And the next Tonic project was already in the works, but I knew kind of what that was going to be.

Q: The last time we spoke, you were doing a show with Our Lady Peace and Collective Soul. I think after that you went on tour with Gin Blossoms and Vertical Horizon. Now you're coming back to our corner of the world with Sugar Ray and Better Than Ezra. I really like these triple-bills. For you as an artist, what is the appeal about going on tour with two other great acts?

Emerson Hart: Well, No. 1, we're all friends, so that makes life easy.

You know, I’m coming out there and I'm just doing this show solo. Kevin and Mark, we have a side project that we do, it’s called Ezra Ray Hart. Obviously, Mark’s from Sugar Ray; Kevin from Better Than Ezra; and then me, it’s just my name, Hart.

We've been doing a lot of corporate stuff, and it's a lot of fun. We give people like 75 to 90 minutes of just straight hits, with other songs in there. And it's been a great show. And I think since we started doing those, we just – because we do it as a band – I just love working with them. And it just makes life so much better.

There's been so many times – in everybody's career, just like any other job – you work with people and you’re like, “Oh, I’ve just got to swallow the pill on this and do it.” But, literally, it just gives me joy.

So, anytime I can play music with my brothers, even if we're not on the stage at the same time, I’m in. Because I love being around them.

Q: In a show like this one at Artpark, do we see you guys all up on stage together at any point? Or is it just gonna be three separate sets?

Emerson Hart: At this point, I think it’s three separate sets, but, you know, look, that could change at any moment. You never know. I’m usually pretty sneaky and I’ll jump up on stage. But we’ll see. We'll see how the day goes.

Q: This will be the third time I see you perform solo. I like you solo, because I get the solo stuff and the Tonic stuff – it's like the best of both worlds. But when you're touring solo like this, what is the setlist split for you?

Emerson Hart: Well, if I'm out with two bands of my generation, it leans a little more Tonic-heavy. When I do the deeper solo stuff is usually when I go out on my own; you know, no openers; and I'll do kind of like a storytelling/songwriting vibe in rooms with 300 to 500 folks. That's where a lot of that stuff shines. It doesn't mean it can't work with a band, but I think with BTE and Sugar Ray, these people want to hear the songs that are part of their soundtrack. So, I try to lean it a little heavier in that direction.

Sugar Ray, Better Than Ezra and Emerson Hart of Tonic perform Tuesday, July 9, at Artpark. For more information, or for tickets, visit www.artpark.net or stop by the box office at 450 S. Fourth St., Lewiston.