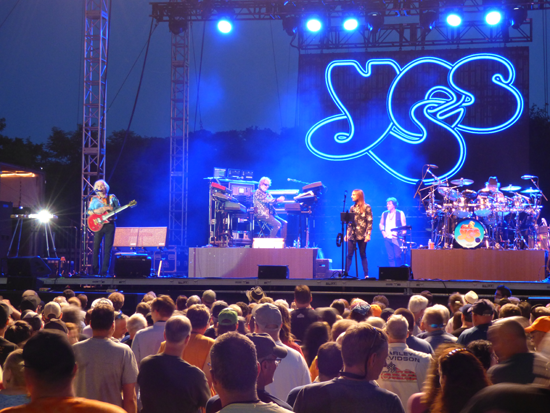 Artpark: All good people turn their heads, so satisfied with YES, Asia concert

It was a big night of music Tuesday at Artpark, as the Lewiston venue presented a bill with Carl Palmer’s ELP Legacy, John Lodge of The Moody Blues, Asia and YES. The “Royal Affair Tour” offered fast-paced set changes, but laid-back rock music, which led to a larger audience pop than in past weeks.

In truth, the show could’ve been called a family affair, as the four acts shared musicians. It was OK if late-arriving concertgoers missed one of the earlier sets; they could still catch a Palmer or Geoff Downes later on in the night.

The audience was treated to hit songs from each of the acts’ respective catalogs, plus covers of Simon & Garfunkel (“America”) and John Lennon (“Imagine”) songs. At one point, Asia even turned into The Buggles for a crowd-pleasing rendition of “Video Killed The Radio Star.”

Next up in the “Tuesdays in the Park” concert series is a hybrid night of entertainment with noted musical impressionist Andre-Philippe Gagnon and Canadian Music Hall of Fame performer Burton Cummings. The latter, once a member of The Guess Who, is expected to perform songs including “American Woman,” “No Sugar Tonight,” “These Eyes” and “No Time.”

For more information, or for tickets, visit www.artpark.net or stop by the box office at 450 S. Fourth St. 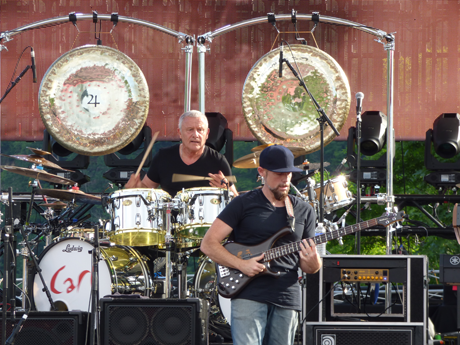 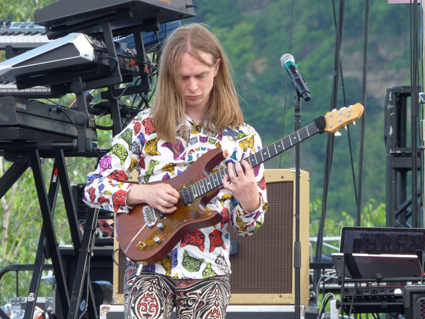 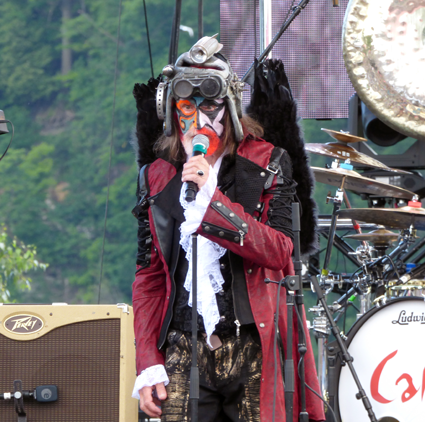 John Lodge of The Moody Blues 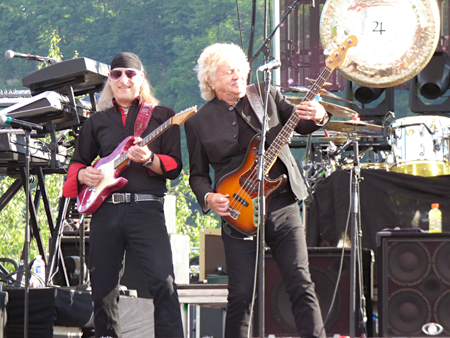 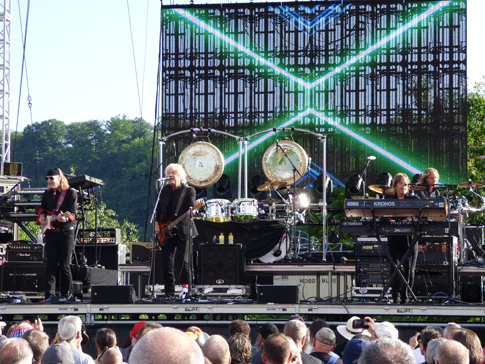 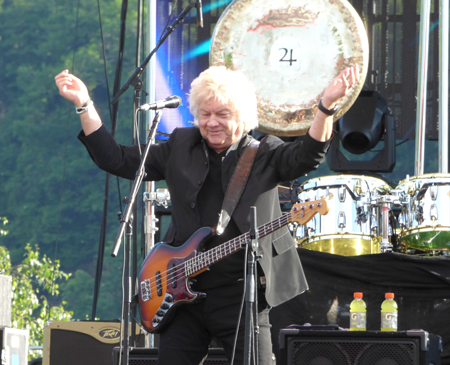 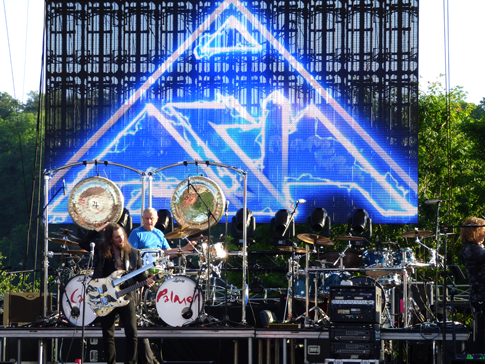 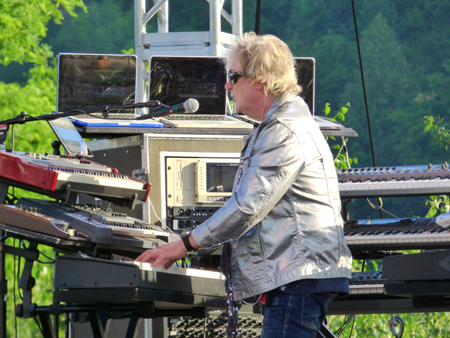 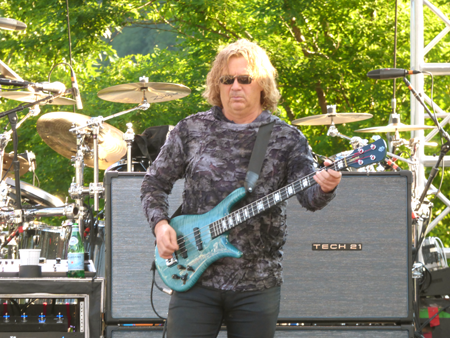 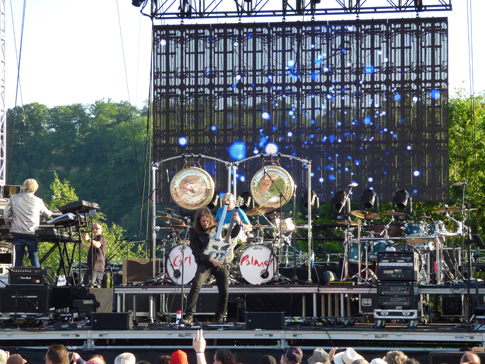 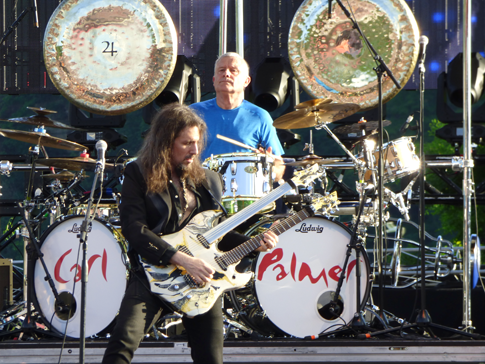 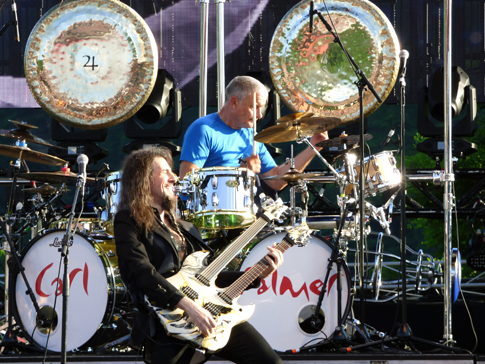 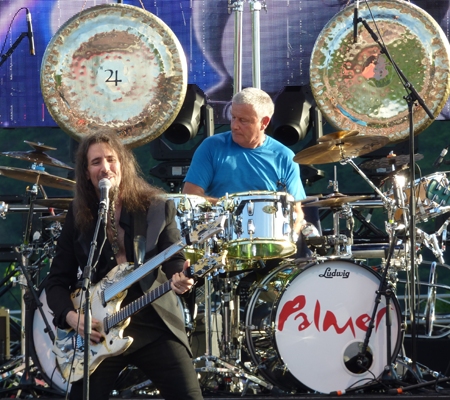 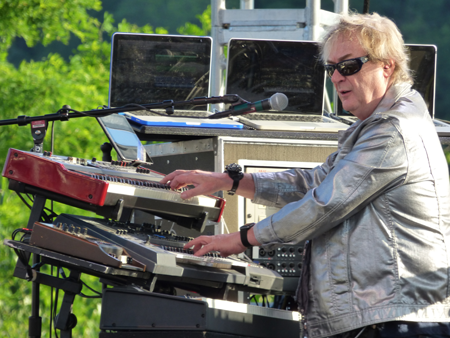 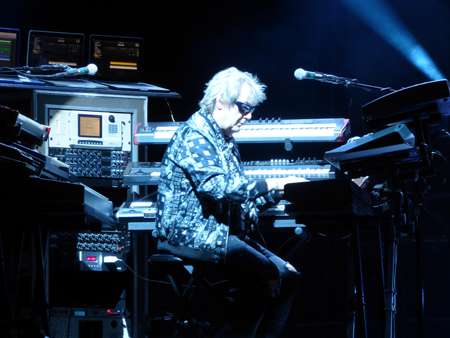 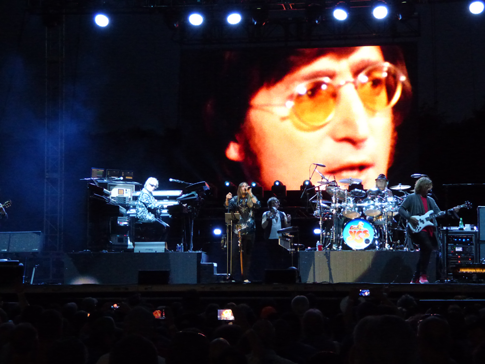 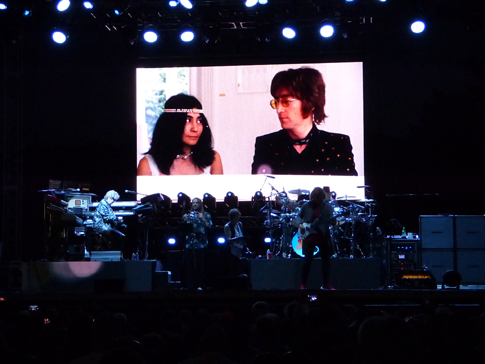 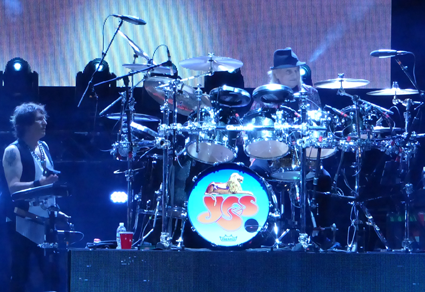 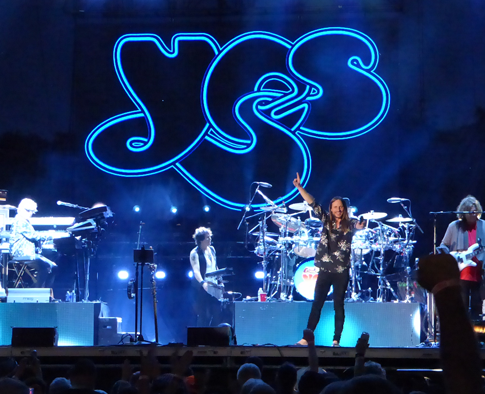 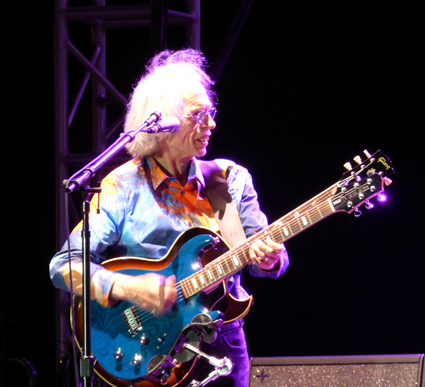 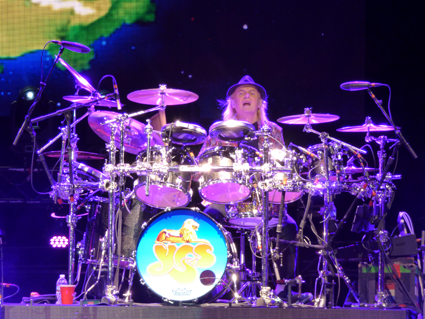 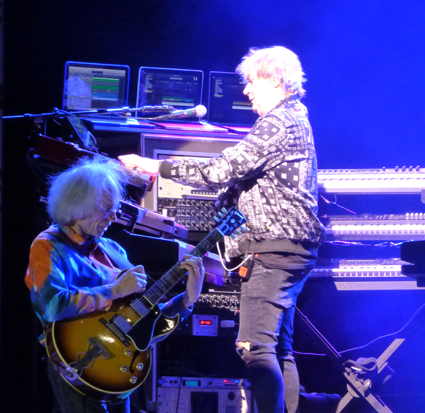 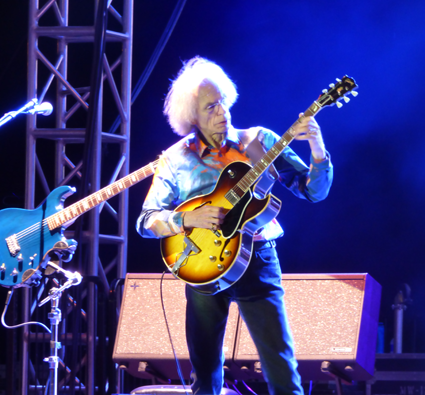 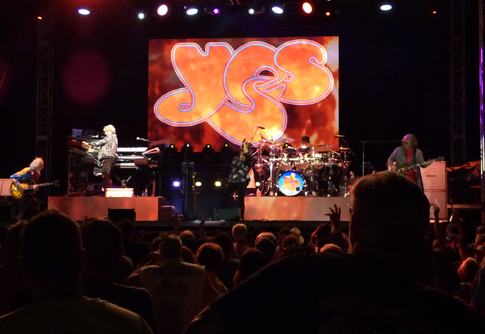 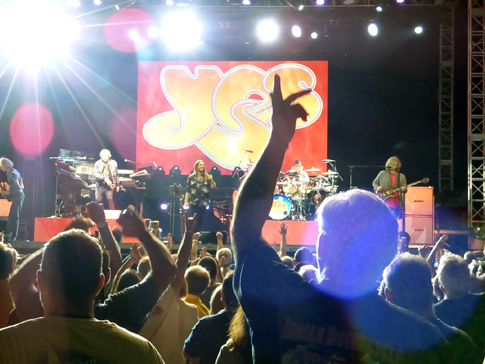 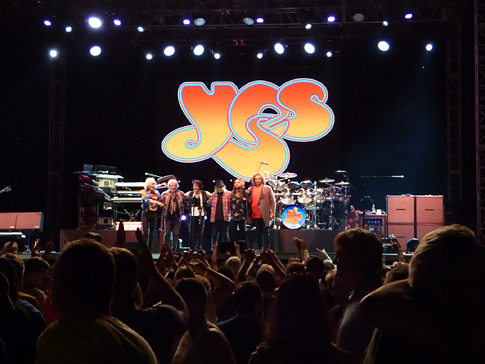 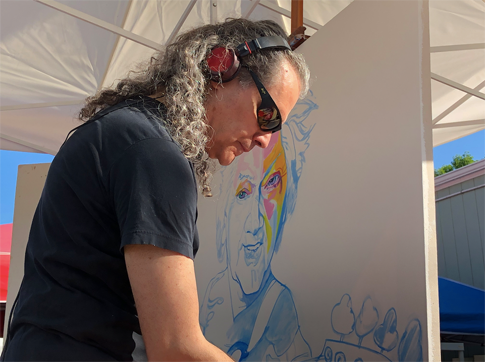 Following his set, the musician actually made his way over to Burke’s work area to take a look at his colorful caricature.