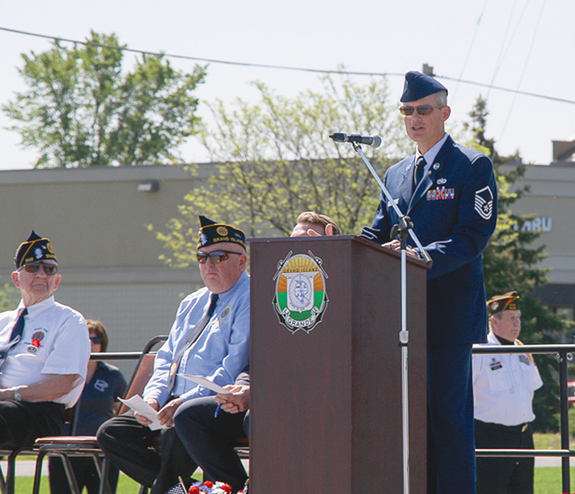 “I’ve been doing this for the last three years,” said Town Supervisor Nathan McMurray at Monday’s town ceremony in DeGlopper Park, which is undergoing reconstruction. “And I have never seen this many people here before. I think it’s an amazing tribute to the people of Grand Island to show this type of respect on a day off, a day that a lot of people take for granted. You took the time to come out here in numbers never seen before to celebrate not just the rebirth of this park, but all those who have fallen.” 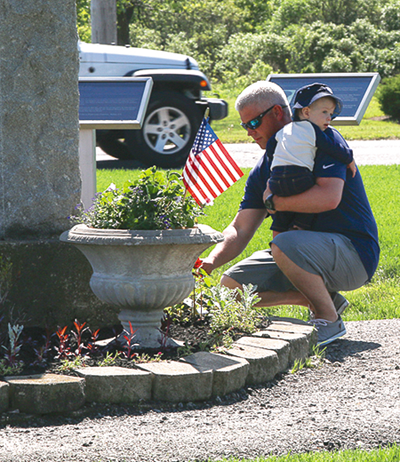 Chris Taylor lays a flower at the stone in DeGlopper Memorial Park during the roll call of names of Islanders who lost their lives in the nation’s wars. 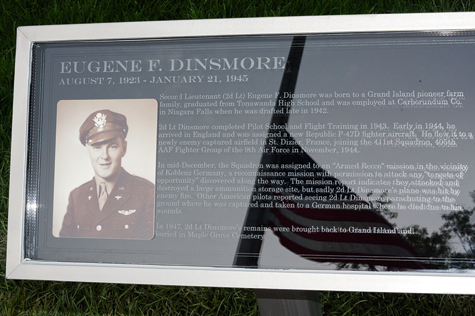 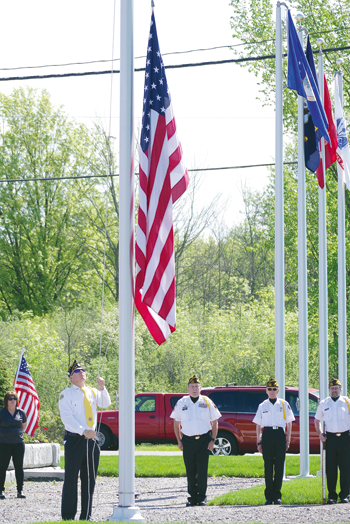 A flag at half-staff reflects off the new marker in DeGlopper Memorial Park remembering Eugene Dinsmore, who died in World War II. (Photo by Robert Haag) 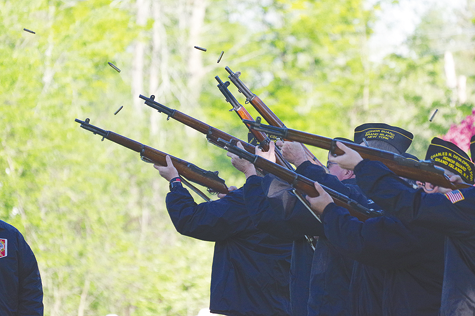 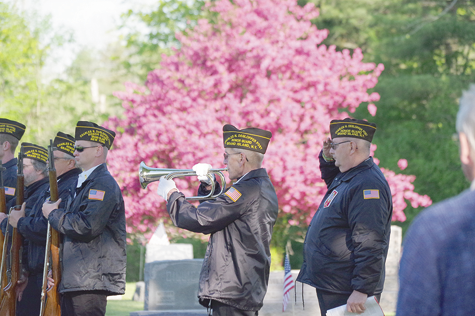