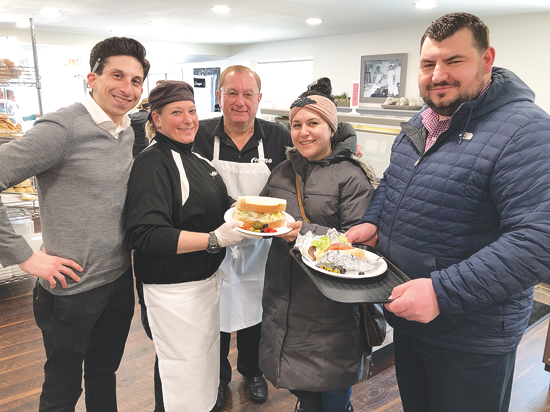 Pictured at Como on Center, Dominic Colucci, Dawn Antonacci and Louie Antonacci pose with customers Melissa Morinello and her husband, Joseph Genovese. Before the couple enjoyed sandwiches, Morinello said this was her third trip this week.

The Como Deli on Center Street opened on Tuesday, and has already become a favorite with Lewiston residents. This delicatessen is the third for the Antonacci and Colucci families, who run the iconic Como Restaurant on Pine Avenue in Niagara Falls.

“(It’s been) very busy; a lot of familiar faces, which we’re really happy about. Everybody that we usually see on Pine made a point to come down and say hi to us, and it was just fantastic,” Dominic Colucci said on Thursday. “It was awesome.”

The restaurant has tables and chairs for onsite dining, but is primarily designed for takeout.

“This is going to be just like a little satellite of our deli on Pine,” Colucci said. “You know, not all the items we have on Pine, but a very large amount of items – a lot of variety. We’re just going to be a quick service place. People can get soup, salads, subs – in and out. That’s pretty much what we’re here to do. Just give Center Street another variety for some quick lunch and dinner.” 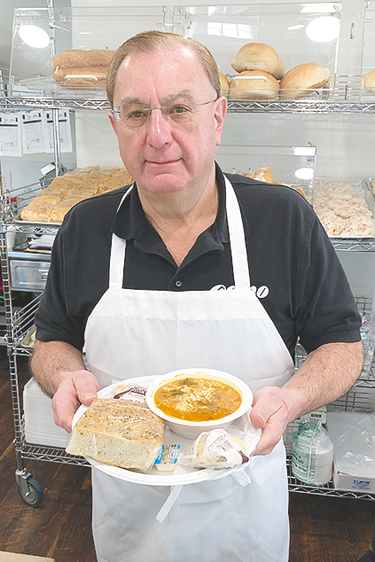 Antonacci and his team spent more than six months remodeling the building at 555 Center St., which was once Melloni’s Meats and recently Cal’s Grinders. To see the final product – and already have a steady stream of customers – “It feels above great,” he said. “It paid off. A lot of hard work; a lot of knowledge.

Renovation began last summer. Antonacci said it was a challenge working with the 1,020-square-foot building, which was erected in 1861 – and still has visible tree beams in the basement. His team bolstered the walls, though one was knocked down to accommodate a larger kitchen area; they redid the floors and ceiling; installed new plumbing and wiring; and cut off a third of the walk-in cooler to add a freezer room. Counters and serving areas were added, while pizza ovens and large kitchen equipment were placed into the back half of the eatery. There’s a sound system playing hit music from recent decades; and, when the weather warms, a renovated patio will provide additional seating outdoors.

Antonacci said, “I think we’ve got a great backbone coming from The Como making all the right decisions along the way.”

He credited the Village of Lewiston for providing quick and courteous assistance via the building, fire and zoning departments. Antonacci fondly recalled working with three mayors – Richard Soluri, who first pitched the idea of a Como Deli on Center Street; Terry Collesano, a “great friend,” who was one of the first customers – and provided a signed dollar bill for the wall; and Anne Welch, who oversaw final municipal approvals for the business.

Collesano visited for lunch on Tuesday and was set to have his wife, Jeanette, stop in to pick up dinner on Thursday.

“They are a unique outfit from Niagara Falls. They’ve been around Niagara Falls for years, and they’ve done very well there. Wherever they open up, they do well,” Collesano said. “I’m sure that they’re going to do very well down in Lewiston, especially with the younger people that look for something new and something delightful.”

“They’re a great family,” he added. “They’re terrific people, and we welcome them with open arms to Lewiston.” 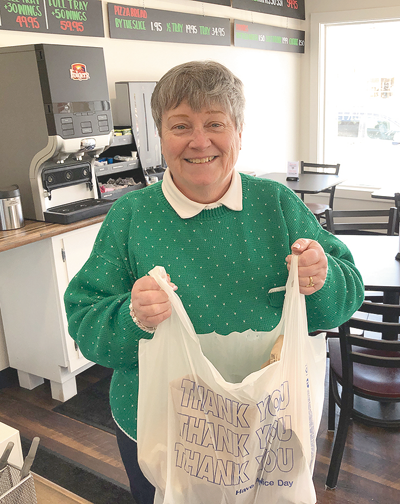 Customer Paulette Glasgow said she eagerly waited a year to try the Como on Center. 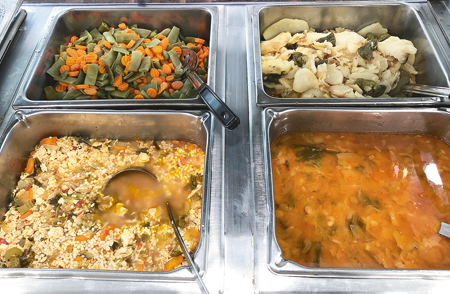 A look at the signature Como soups. 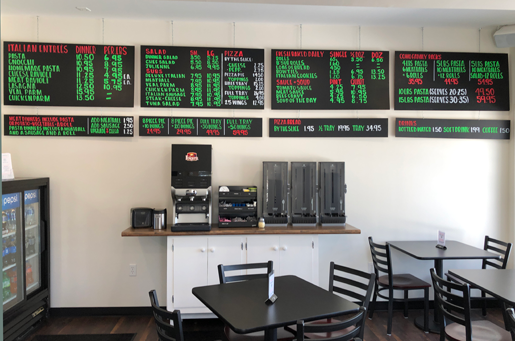