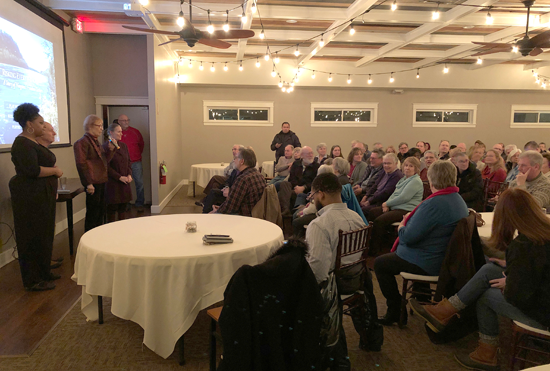 A look inside the BBC.

The Historical Association of Lewiston welcomed the community to the Brickyard Brewing Company on Tuesday for a special treat: Emmy Award-winning photojournalist Isadore “Izzy” Bleckman and his wife, Mary Roseberry, screened the documentary “Risking Everything: A Story of Niagara’s Freedom Seekers.” The 33-minute film chronicles Lewiston’s role in the Underground Railroad, juxtaposing stories with sculptor Susan Geissler’s work in creating the Freedom Crossing Monument.

Following the screening, Bleckman, Roseberry and Geissler participated in a Q&A. They were joined by Jada Brown, a member of the Jackson, Mississippi, choir that performed music in the documentary. Brown drove up from Syracuse for the event.

More than 120 people filled the BBC’s second-floor banquet room. The restaurant donated a portion of the night’s drink sales to HAL.

“Risking Everything” had its world premiere last month at the Buffalo and Erie County Public Library. Bleckman, his daughter, Sheera, and Roseberry directed, shot and produced the documentary. Work began on the film in 2009.

Roseberry is a retired professor of journalism and literature at Niagara County Community College.

Geissler is a world-renowned sculptor who also crafted the Tuscarora Heroes Monument on Center Street and Portage Road. The Freedom Crossing Monument sits at the foot of Water Street and serves as a tribute to the slaves who bravely made their way to Canada  – and to freedom. It was unveiled on Oct. 14, 2009. 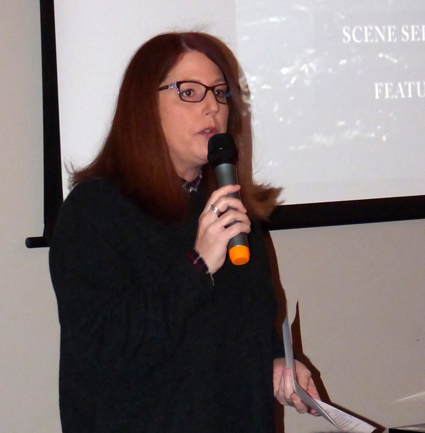 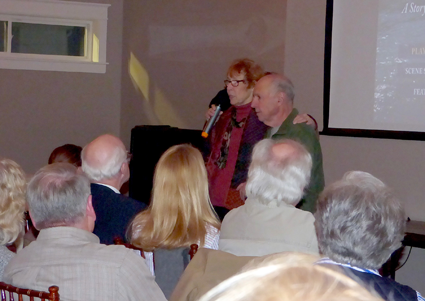 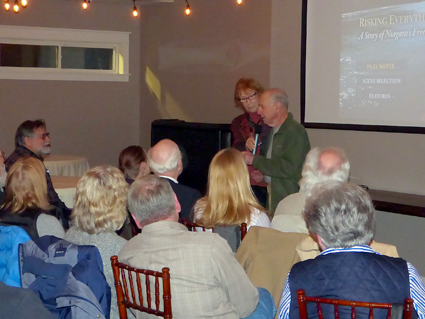 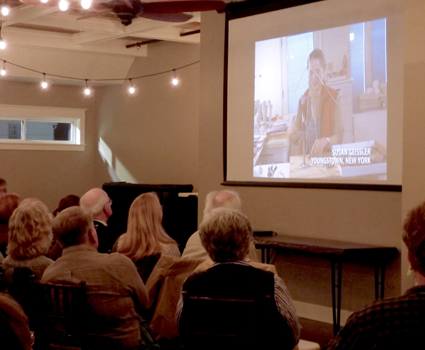 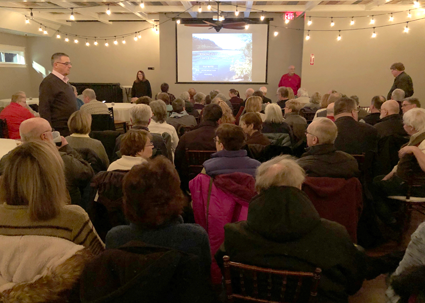 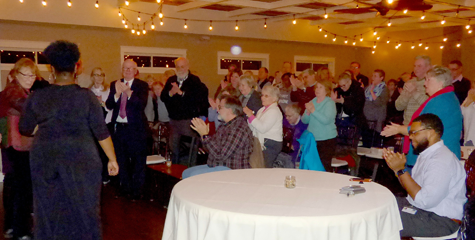 Filmgoers give Jada Brown a round of applause. She is shown singing, below. 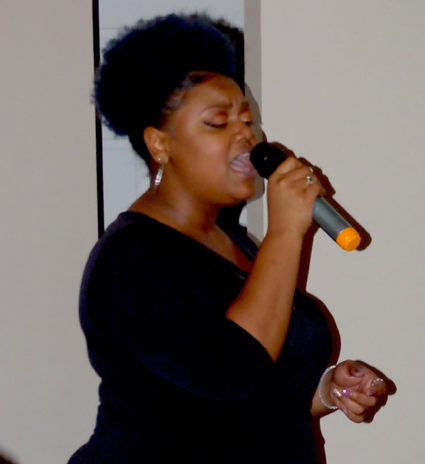 Bleckman, Brown, Roseberry and Susan Geissler at the Q&A. 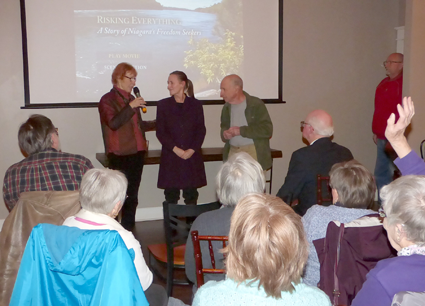 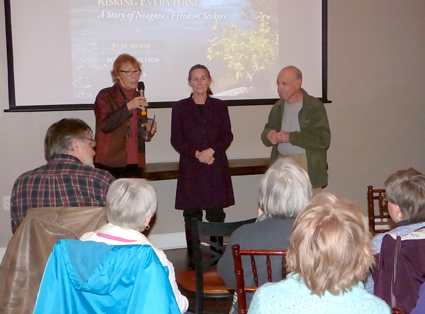 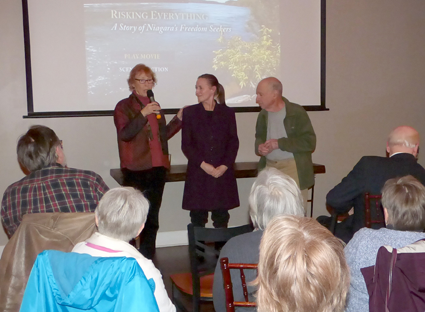 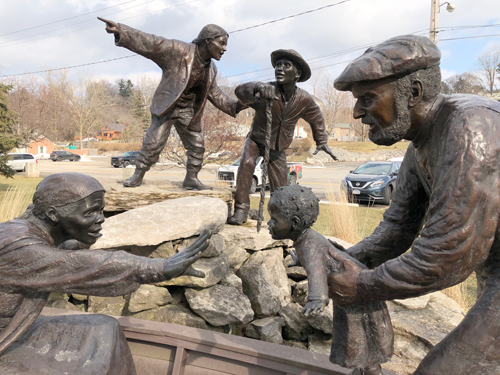