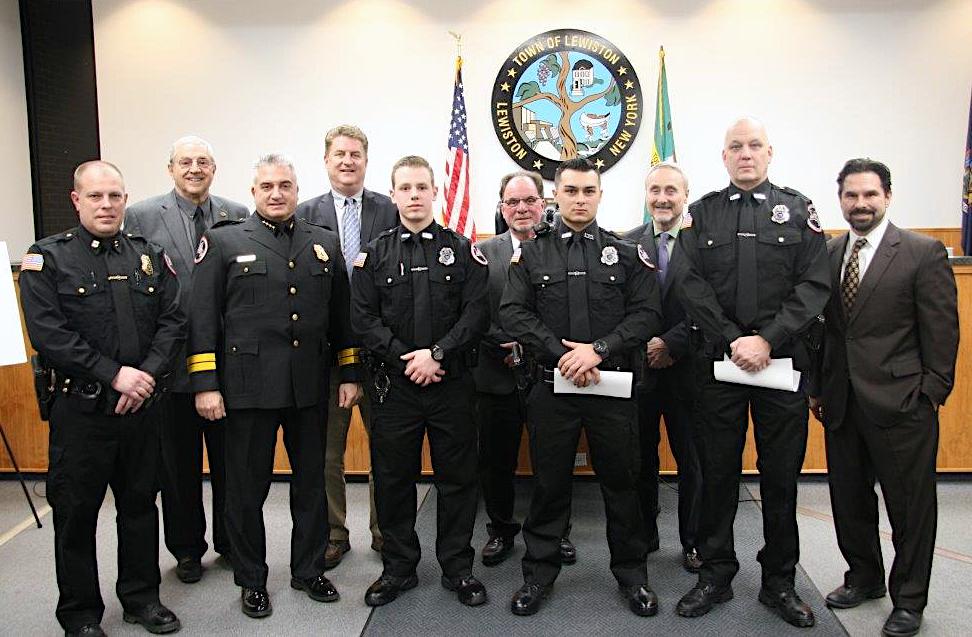 Lewiston Town Board members and visitors to Monday's session at Town Hall had the opportunity to welcome the newest officers to the Lewiston Police Department. Chief Frank Previte officiated a swearing-in ceremony for new officers Mitchell Pegan, Adriano Medici and Lt. Michael Milbrand, who recently retired from the Tonawanda Police Department. All three joined the LPD on Feb. 18.

Joining them was Capt. Josh Cain, who was appointed to that position following the retirement of Capt. John Penzotti. He now works for the department as a part-time officer.

Introducing the four, Previte commented, “It’s not only great public relations, but it’s also a good opportunity for the board members to meet the officers that you approved and hired, face to face.

“Also I want to say that it’s a very important time. To me, I know for one of the officers it is his first opportunity to have a job as a police officer in law enforcement. It is a very special thing when you start your career. So, I’m kind of excited for this.”

As he introduced the officers Previte continued, “The first one is very special, that I’m going to do first is a swearing-in. We had one of the officers … captain’s spot that was (open). John Penzotti retired, we had somebody that was provisionally appointed. Officer Josh Cain was provisionally appointed to that position. There was a Civil Service test that was required; he passed that with flying colors and he’s doing a fantastic job. And it is my honor to swear him in tonight as captain.”

With that, Previte went on to administer the oath of office to Cain as Town Clerk Donna Garfinkel held the Bible with Town Board members and visitors looking on.

Next to be inducted was Milbrand. A law enforcement veteran who served as a SWAT team member with Tonawanda, he is also a firearms instructor, general topics instructor and field training officer.

“(He) comes to us a retired officer Town of Tonawanda, a lieutenant. We are very happy to have him with us,” Previte said.

Next, officers Medici and Pegan were sworn into office. 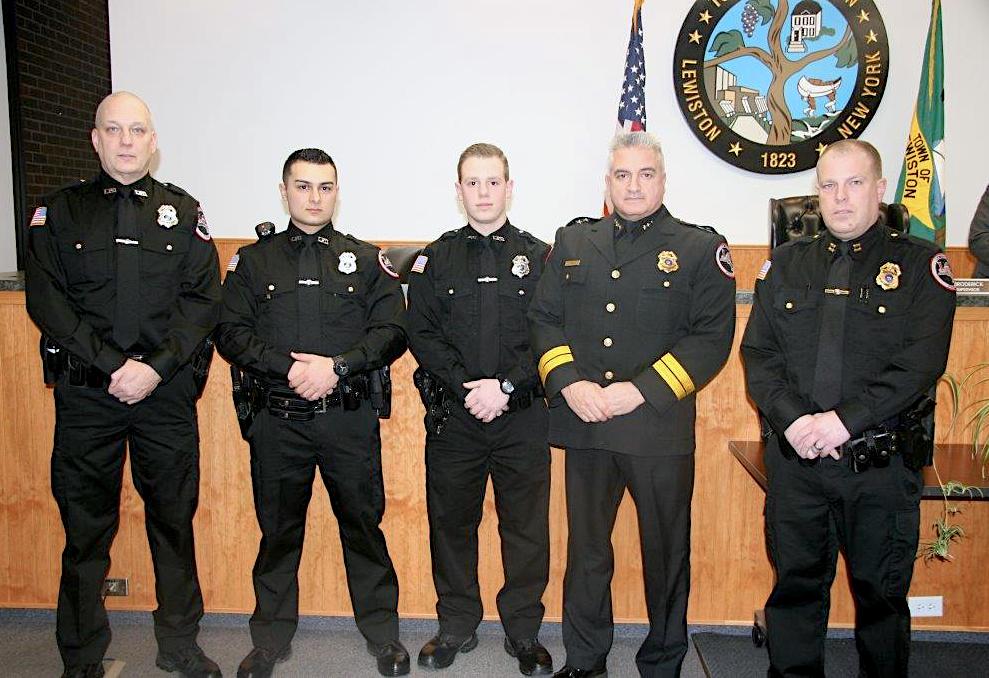