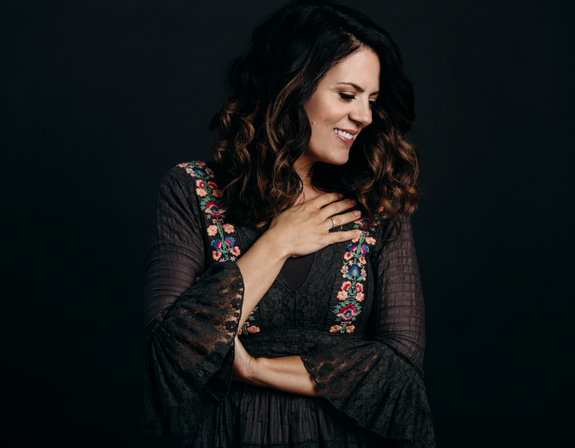 by jmaloni
Wed, Oct 3rd 2018 05:05 pm
Event set for Hamburg's Watermark Wesleyan Church
Preview by Joshua Maloni
As one-half of the Christian duo Watermark, singer Christy Nockels is used to big stages, bright lights and grand productions.
There will be none of that razzle-dazzle when she comes to Western New York on Oct. 11, and that suits Nockels just fine.
On the road with award-winning author Jennie Allen for The Freedom Project Tour - a special time of prayer, song and reflection for women - she said, "What I think I loved the most about (these nights) is they're not high-production. I think a lot of people, when you go to something like a concert or something, you kind of - it's big, right, and there's lights and sound and it's a huge. What I've loved is that these nights feel just as meaningful, but there's sort of this come-as-you-are kind of feeling."
Event organizers described The Freedom Project as "Centered around the idea of freedom.
"The evening will encourage women from all walks of life to live free, be free, and in turn help set others free. It will also feature special guest appearances from members of the International Justice Mission as they share about their work around the world freeing victims of human trafficking."
Allen said, "We're going to talk about freedom. I go around the country, and I see bondage everywhere I go. At the same time, I see a ton of life change and freedom spreading. That is what I've committed my entire life to."
Nockels encouraged women to leave their kids at home, let their hair down, forget about a wardrobe change, and just participate.
"How many times, you know, you're getting off work maybe, you know that you've bought tickets to this thing, how many times you'll start going, like, 'I don't know if I'm actually going to make it tonight.' 'I have this and this going on.' And often, we get distracted and we just end up not going. But I was thinking about these nights, and how just approachable they are. And it's so come-as-you-are. And so, I'm always thinking, like, if I can encourage people in that last moment: 'Just go ahead and come.' "
The Freedom Project Tour visits Hamburg's Watermark Wesleyan Church at 7 p.m. Thursday, Oct. 11. Tickets for the evening can be purchased at watermarkwesleyan.com. General admission tickets ($15) include the evening's event as well as access to a post-event book signing with Allen. VIP tickets ($30) are also available and include a pre-event Q&A and preferred seating.
More of our edited phone interview with the Dove Award-winning Nockels follows. 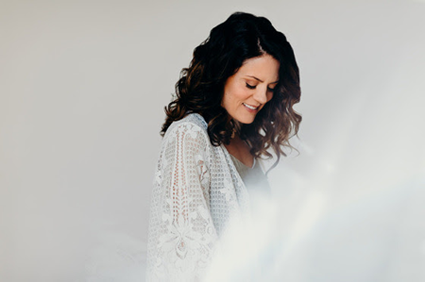 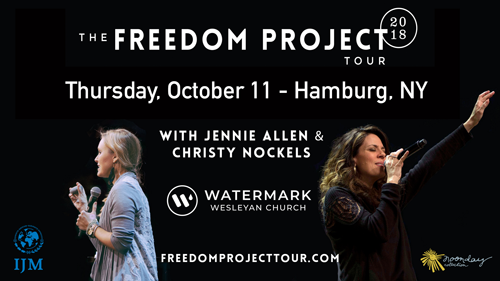