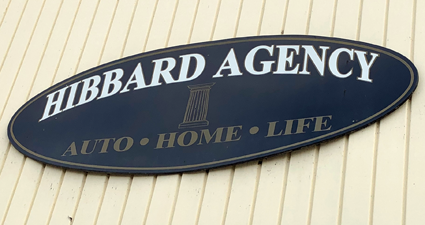 Sat, Aug 25th 2018 07:00 am
By Zackary Kephart
"Never give up."
It's one thing to hear it. It's another thing to view it in action. As the Hibbard Insurance Agency celebrates its 20th anniversary, co-founder Jim Hibbard shares the success story.
"When I graduated from Niagara University, my wife, Julie, and I got married and moved to Tampa, Florida. Down there, I started with a brokerage firm doing life insurance. Julie went to work for USAA Insurance Company as a senior underwriting technician. I started managing a brokerage firm down there called Coordinated Capital Brokerage. We basically stayed down there from around 1986 to 1998. We moved back home to Western New York once our daughter, Giovanna, was born. We wanted to raise her here."
Giovanna received her Bachelor's Degree in education from Niagara University in May, and is working on a Master's Degree.
This meant the Hibbards had left their jobs behind. They needed to think about the next step, and with that, the next chapter began.
"We bought a home on Lake Ontario in Wilson and started Hibbard Insurance Agency in Lewiston next to Hibbard's Custard Stand and Hibbard's Old Portage Shop" (of which they are also co-owners)," Hibbard says.
Laughing, he recalls, "It was kind of funny actually. A lot of the salespeople from different companies would interview us and act excited about appointing us ... that is until they heard we only had around six or eight customers at the time. They very politely closed their portfolio book and left abruptly."
"One company, New York Central Mutual, took a chance on us. The salesman that came out to interview us tried to start an agency from scratch himself with his wife, so he understood our story. He told me most companies fail when they try to start from scratch.
"Now, 20 years later, our group is one of the top producers in the state for them. We're set for the future."
Hibbard has more than 32 years of experience in the insurance field, selling life insurance and annuities. His team boasts more than 60 years of combined insurance expertise.
When Hibbard says "set for the future," he isn't kidding. Jim and Julie recently opened a new location in Newfane. Their business is also located in Erie, Pennsylvania.
"We (recently) merged with Empire Spectrum, a formal cluster group. Our group consists of around 45 agencies representing over 40 companies. We don't get beat by competition often, and our average savings come in at around 40 percent. Our agencies are licensed in New York and New Jersey."
"We've experienced double-digit growth every single year since we first opened. Last year we grew almost 35 percent."
That's pretty impressive for a company entering its 20th year. After so long, it's easy to grow complacent, but Hibbard is a man who is constantly one step ahead and loves what he does.
"While many companies grow through acquisitions, our growth has been strictly organic (mostly referrals)," he says. "We're proactive. Julie and I believe a reputation regarding service is something you earn from your clients.
"When we sit down with one of our clients, we hammer out their specific needs and tailor a plan just for them.
He noted the company has a 97 percent retention rate.
"Since we're an independent organization, we do what we truly believe is best for the customer. That's what separates us from the competition."
When asked his favorite part of the job, Hibbard simply replies: "The people."
"Julie and I love helping people and saving them money," he says. "For example, we had one person who was paying in excess of around $6,000 in premiums. We went in and knocked their premiums down around 40 or 50 percent. When you're saving people that kind of money, that's the equivalent of an extra vacation a year or an addition on a house. Personally, that's what I get out of it."
Having the drive to start something such as insurance company when all odds are against you is evident of a true leader. When it comes to the best advice Hibbard could offer to those out there looking to chase their dreams, he says, "Just don't give up. Don't let the negativity overwhelm you and drag you down. In my world, the glass is always half-full."
Hibbard Insurance Agency sells all lines of insurance. Jim, Julie and their customer service representative, Amanda Monahan, have more than 75 years of combined insurance experience.
"We are more motivated and excited at this point in our life than ever before. This is the kind of business you never truly retire from" Hibbard says.
Locally, Hibbard Insurance Agency is located at 125 Portage Road, Lewiston. 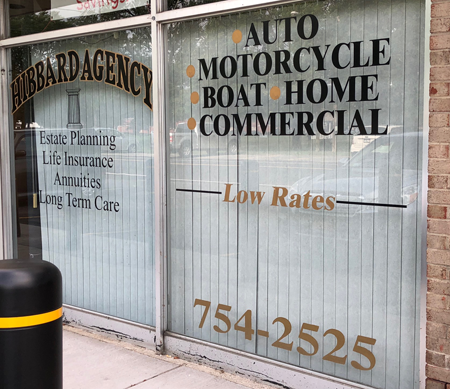