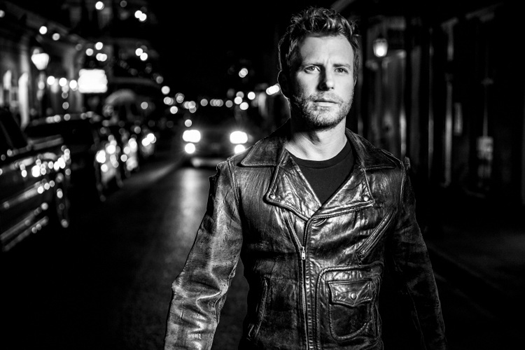 Dierks Bentley is 'free and easy' at Darien Lake Amphitheater

Fri, Aug 10th 2018 07:10 pm
By Zackary Kephart
With a career that spans more than 15 years in the music business, it's safe to say Dierks Bentley knows how to captivate his audience by this point.
On Aug. 4, Bentley played to a crowd that was ready to party at Darien Lake Amphitheater. Bentley said it was one of the few shows he's played this year where there hasn't been any rain.
"We came here tonight to do something for you, and instead, you're doing something for us by allowing us to live out our dreams" Bentley humbly said.
The show started promptly at 7 p.m. when the "Darius Rucker Boys" came out on stage. What was obviously a gag orchestrated by Bentley and his band turned into a highlight of the night.
The band, a self-proclaimed bluegrass ensemble, performed four songs, including a bluegrass version of Bentley's popular hit, "Drunk On A Plane."
"We're so excited to be opening for Derek Bentley and the Osborne Brothers. They're true pioneers of bluegrass," one band member said sarcastically before another band member reminded him of the correct lineup.
After performing some hilariously over-the-top stunts, Bentley and the band were escorted off the stage by security guards. After this, rising country group LANCO took the stage.
While there were noticeable problems with the sound during the band's set, LANCO was full of energy. Lead singer Brandon Lancaster engaged the crowd effectively as he sang the group's smash No. 1 single, "Greatest Love Story," as well as their new single, "Born To Love You." There were times he had to fight over the instrumentation to be heard, but overall, the band demonstrated a clear control of the audience.
The Brothers Osborne opened their set by playing their current single, "Shoot Me Straight," off their new album, "Port Saint Joe," released in April. Extended guitar solos were a key part of the band's set, with John Osborne's fierce playing blending well with TJ Osborne's lower baritone.
Simply put, the band loved to have fun, with fun songs such as "Greener Pastures" and "Drank Like Hank" sneaking their way into the setlist.
Of course, party songs aren't all the band is known for at concerts. TJ said during the set that "we've been asking for your requests on social media, and one audience member informed us she'd be getting married soon. We haven't played this song on this tour before, but we're going to dedicate it to her tonight." The song they dedicated was "Pushing Up Daisies (Love Alive)," a touching tribute to love.
The band ended its set with an extended version of popular hit "It Ain't My Fault," which stretched the usual three-minute song into a 10-minute extended jam. The band members also noted before they ended that bassist Pete Sternberg was a Rochester native.
Bentley began his set doing what he does best — entertaining the crowd and giving them what they want. He played several songs off his new album, "The Mountain," released back in June. He even opened with a snippet of the title track before launching into the faith-based "I Hold On."
Bentley is known for blending his concert sets with serious songs such as "I Hold On" and party anthems such as "Am I The Only One" and "Sideways," and that's exactly what he gave the crowd Saturday night.
The Brothers Osborne came out early during Bentley's set to perform their new single, "Burning Man," a collaboration with Bentley.
Lancaster also got the chance to come back on stage when he and Bentley performed a cover of John Michael Montgomery's "Sold (The Grundy County Auction Incident)," their love-letter to '90s country music.
"Were you even born in the '90s?" Bentley asked Lancaster during their collaboration, an obvious joke about the singer's younger looks.
Bentley also performed a medley of his hit single, "Up On The Ridge," with a cover of Montgomery Gentry's "Hillbilly Shoes," perhaps as a tribute to member Troy Gentry who passed away last September.
During his performance of "Am I The Only One," Bentley ran out into the audience to perform on a stage set up in front of the lawn. Bentley "wanted to know how everybody back here was doing" as he told the crowd.
Bentley proceeded to play two more songs on that stage and even invited a lucky audience member to sing with him during "Tip It On Back."
The set concluded with "Sideways," but Bentley was far from done. During the encore, Bentley donned his pilot uniform to perform "Drunk On A Plane," another fitting and humorous way to end the night.
Thus far in his career, Bentley has straddled the line between artistry and entertainer well, and Saturday night's show was no exception. Plus, with Brother Osborne's fantastic technical prowess and LANCO's energetic charisma, it's safe to say the future of country music is in good hands.
Setlists:
LANCO:
Brothers Osborne:
Dierks Bentley:
Categories
Entertainment Entertainment feature NUsUnlimited Top Feature On Stage feature