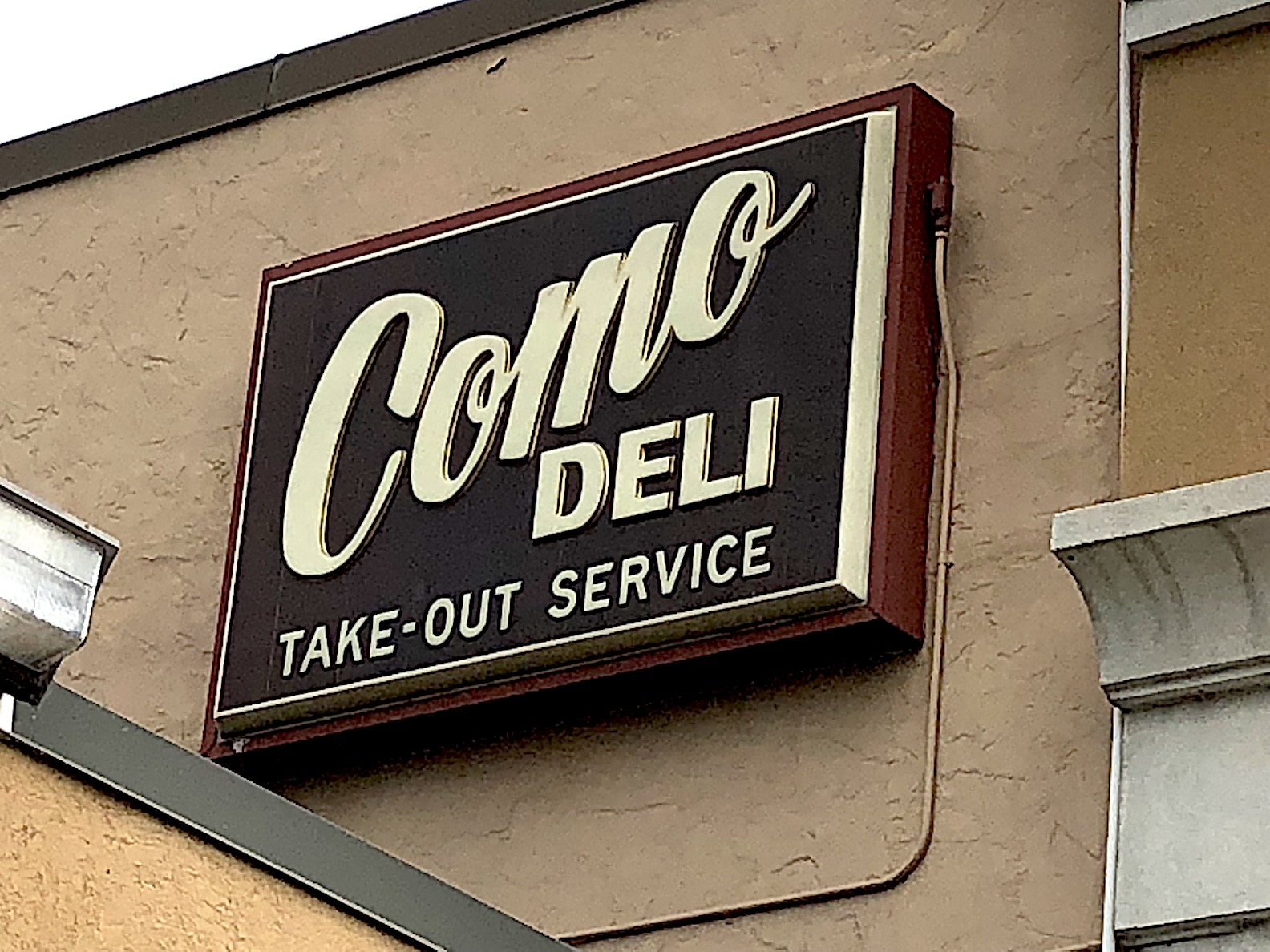 The Como Deli in Niagara Falls will soon have a younger brother, with the opening of a similar eatery in Lewiston.

by jmaloni
Tue, Aug 7th 2018 02:20 pm
By Joshua Maloni
Managing Editor
One of the most iconic restaurant businesses in Western New York is set to make its Lewiston debut later this year.
The Como Restaurant will open up a deli at the corner of Center and South Sixth streets, inside what used to be Melloni's Meats and, most recently, Cal's Grinders. The Village of Lewiston location will be operated by the Antonacci and Colucci families.
"We're going to have the same items as we do in Niagara Falls at 22nd and Pine, and as The Como across from the airport, 10158 Niagara Falls Blvd. Same thing, same setup, all of our homemade soups and macaroni products; salad bar," Louie Antonacci said. "And then we're going to have an outside patio here."
He and his crew have begun renovating the property, with walls already removed to reveal a larger operating area. The inside will resemble the downtown Niagara Falls deli. A new door will be installed and connect to the outside patio.
Antonacci said "our goal (to open) is Nov. 1 or sooner."
Construction commenced with the blessing of owner Zach Casale, whom Antonacci praised for being a hard-working go-getter. Casale is director at Hunt Real Estate Capital. The Niagara University grad also is a member of the Town of Lewiston Planning Board.
Antonacci said former Village of Lewiston Mayor Richard Soluri and Porter Councilman Tom Baia put the idea in his head more than 20 years ago. But it wasn't until recently that the right property opened up for this opportunity.
"Rich Soluri was my insurance guy in 1976," Antonacci said. He explained, "When Rich got in, that first couple of weeks (as mayor in 1994), he calls me up. He goes, 'I want to show you Lewiston. I want to show you some places. Your deli should come down here.' "
The two would spend hours looking at properties (Center and Eighth streets, in particular) and talking about the village, but Antonacci said a Lewiston deli didn't make sense at that time.
In the meantime, Baia - Soluri's cousin - was piling on, nudging Antonacci, "When are you coming to Lewiston? When are you coming to Lewiston?"
Last week, "I walked down from our office ... with the lease in my hand; who's standing at the deli? Rich Soluri," Antonacci said. "I said, 'Rich, I just got our agreement done.' I had just signed it like the day before he was there. He goes, 'What do you mean?' I said, 'Remember when you were in office for like 16 years, you brought me around and introduced me to people for different locations for the deli?' He goes, 'Yeah.' I said, 'Rich, 24 years later, here it is. It's a done deal.' So he's laughing."
Antonacci said Lewiston has more traffic today thanks to its well-known restaurants and the influx of people visiting for festivals and Artpark events. That makes a deli location more of a viable idea.
Soluri said he's continued to hear residents ask for this eatery and, "without a doubt," The Como Deli will succeed in Lewiston.
"First of all, we have a track record of a lot of first-class restaurants. And second of all, so many people in Lewiston either have worked or lived in the Falls, and everybody knows The Como," Soluri said. "I have no doubt in my mind that they will be super-successful."
"Louie's a wonderful guy," Soluri added. "He's a great guy to have in the village."
The Como Restaurant, at more than 90 years in operation, is world-famous for its Italian food. Its Pine Avenue location has been visited by a host of celebrities and athletes, including Frank Sinatra, Yogi Berra, Chuck Norris and John Travolta.
On the restaurant website, it states, "Since 1927, the Antonacci family has been serving traditional dishes from the south of Italy like veal à la Francesca, chicken cacciatore and veal parmigiana." It also has homemade pizza, pizza bread and soups, plus a variety of vegan, vegetarian and gluten-free options.
To learn more about The Como Restaurant, The Como at The Airport, or to view the deli menu, visit http://www.comorestaurant.com. 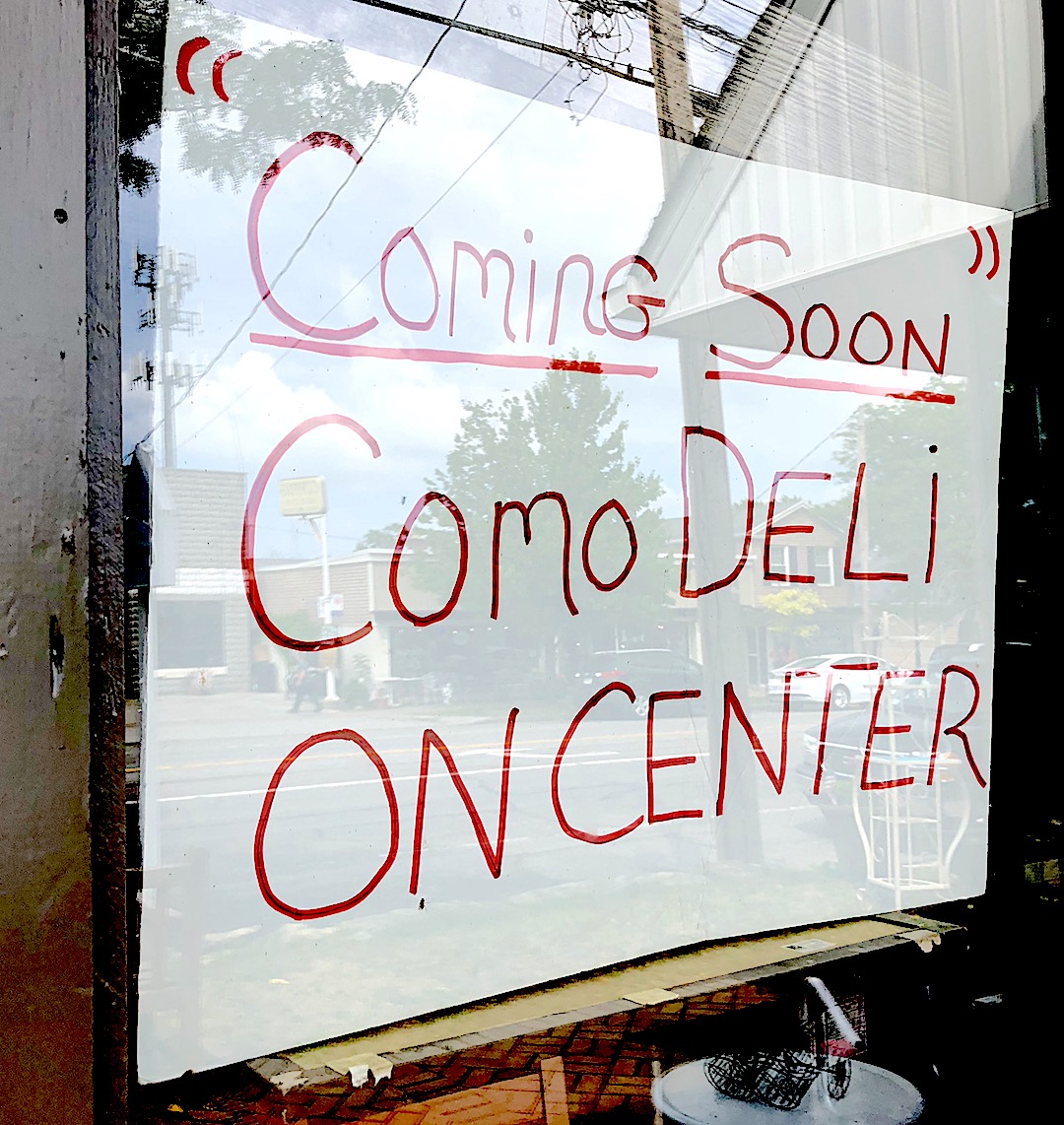 This sign on the window promises what's to come.