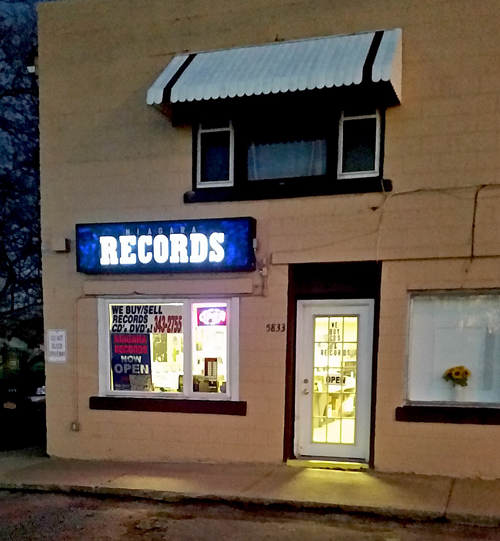 Thu, Jun 28th 2018 04:05 pm
By Zackary Kephart
"Do what you love."
It's not just a quote heard time and time again. For Niagara Records store owner David Ishman, it's what prompted him to open his own record store in October 2017.
Located at 5833 Buffalo St., Niagara Records offers everything a music lover could want. It currently sells vinyl and CDs spanning genres such as pop, rock, soul, bluegrass, country, blues and jazz, all neatly organized by genre.
Right away, customers who walk in will gravitate toward some aisle of music looking for their next favorite album. Ishman has posters of all kinds of music legends hanging on his walls, including Fleetwood Mac and Hank Williams.
Ishman is always playing music on his stereo, too, and if you tell him what your favorite kind of music is, he just might play something you'll like. Customers can also find stereo equipment and turntables to buy, and they can sell parts of their old music collection they don't want anymore.
"I always wanted to do something I'd never consider work," Ishman says. "Doing what I do ─ getting customers and talking with them ─ I get insights into different genres and groups every day, and the best part is I'm talking about something I like to do!"
"This is easy for me," Ishman says with a smile. "It takes me back to when I was 4 or 5 years old sitting on my driveway with my little 45 pop-up player playing Alice Cooper, The Beatles or whatever else was on the radio.
"My customers truly teach me something every day."
"I started collecting music probably 30 years ago when everybody was unloading their vinyl," he says in regard to how he has amassed his impressive music collection. Coincidentally, Ishman's cousin, Steve Kowalski, was dropping off boxes of music at the time of this interview.
"Once I discovered how great music sounded on vinyl, I just collected more and more. I'd say I have a halfway decent setup now," Ishman says with a laugh. "Give me the physical product any day. You can't love a download. It's just lost in cyberspace. You can love an album. You can clean it, care for it, look at it, admire it and read it."
Ishman is also happy to see vinyl make a comeback over the past 10-20 years.
"Just today I had a father come in with his two kids. They were both into vinyl, and one of the kids was talking with me. He was looking at a vinyl record and talking with me when, all of a sudden, he noticed there was a song on the album written by Leonard Cohen. The kid told me, 'Well, this guy sang it, but Leonard Cohen wrote it.' It just blew my mind that he knew that," Ishman says with surprised chuckle. "That's the future right there - he loves vinyl and all the trivia surrounding it. That makes me smile."
Similarly, Ishman is also happy to report his customers span all ages: "I've had customers ranging from those younger kids from before to older couples in here. It's a healthy mix."
Ishman says this is what also keeps him on his toes in regard to what he should carry. According to him, everybody seems to want something different.
"The older customers I have usually tend to like compilations, whereas I'll have younger customers who are more interested in the rarities - the things you won't find anywhere else. Whatever my customers want is what I carry," he says.
Like any music lover, Ishman finds it hard to name every single one of his favorite artists. "There's so many, and I don't want to leave anyone out," he says. "My main love extends toward the progressive rock sounds of the late '60s to the early '80s. I love old Genesis with Peter Gabriel, Yes, King Crimson, Pink Floyd, Rush, Led Zeppelin, Emerson, Lake & Palmer, but I don't stop there. I love outlaw-country music like Waylon Jennings, Willie Nelson and Johnny Cash. I love jazz and all of that silly stuff I used to listen to in high school. It's just better to ask me what I don't like."
Ishman does share a love for many current musicians, too, such as Jack White and the White Stripes, Porcupine Tree and Lorde.
"I love Lorde," he says. "She's like an older soul trapped in a younger body. I love her energy, lyrics and, of course, her voice."
With local businesses located up and down the street, Ishman says he loves the atmosphere and the location, as well: "It's kind of like a middle fare. People come from Niagara County Community College, North Tonawanda, Kenmore, Niagara Wheatfield, Lockport and more. I get customers from all over."
As for what he loves most about the job? "It's an equal combination of the people and the music," he says. "My customers and I, we share this deep, rare spiritual connection with music that can't be explained. I love it."
With fair prices and a massive collection that spans many genres with music one won't find elsewhere, Niagara Records is a quintessential stop for any music lover. For more information, visit on Facebook at https://www.facebook.com/DavidNiagaraRecords/ or visit online at https://niagararecords.net/. 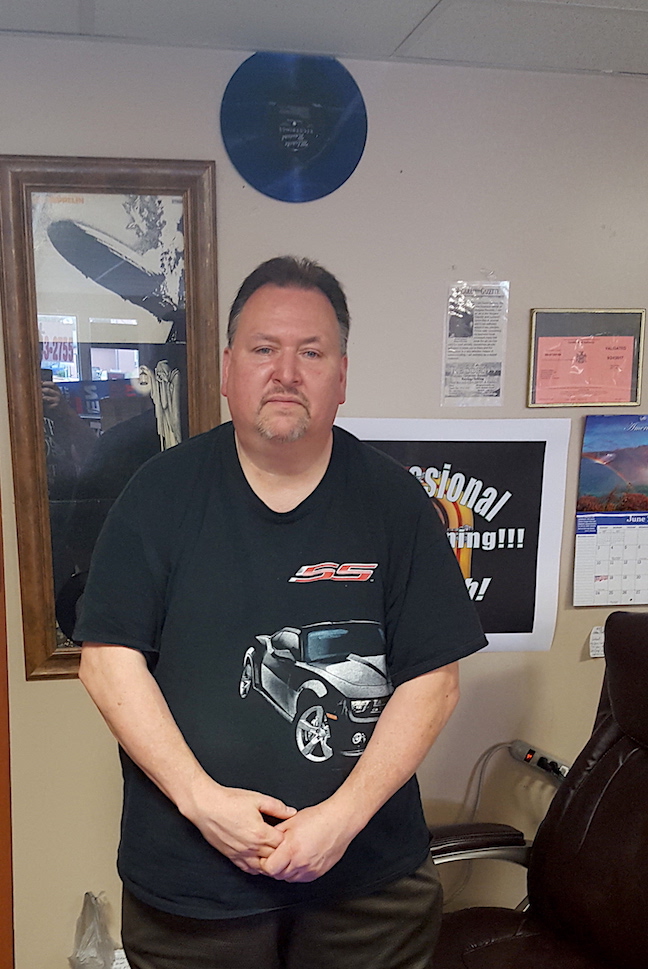