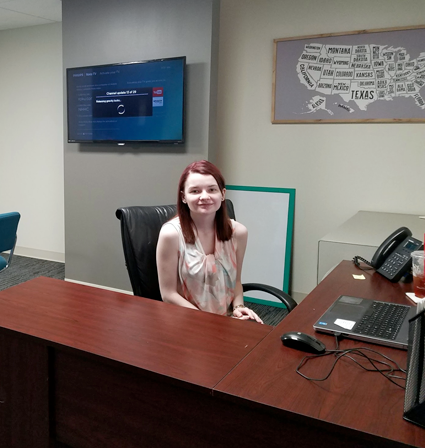 Sat, Jun 16th 2018 07:00 pm
By Terry Duffy
Editor-in-Chief
The move is now complete.
Officials of the It Happened to Alexa Foundation settled into their new offices at the Larkin at Exchange, 726 Exchange St., Buffalo, this week.
"We are so excited to officially announce we are in our new office space in the Larkin Exchange building," Executive Director, Dr. Kate Fowler said. "This first week was a whirlwind of moving items, putting together desks, organizing files and hanging pictures. But we are in and are so grateful for all the support we received."
Located in Suite 820B, the new IHTAF headquarters include a reception area, two office suites, office filing and break area, and an outdoor balcony providing unique views of Buffalo and the waterfront.
("Here's) my view of the city, and sometimes it smells like Cheerios!" Fowler said on social media as she revealed a picturesque scene.
IHTAF earlier announced plans to relocate its headquarters from Lewiston to Larkinville, citing a need for greater access to its many service organizations in the Buffalo-Niagara area.
Fowler said IHTAF would hold an open house from 4-8 p.m. Thursday, July 19, to showcase its new offices.
"Mark your calendars!" she said.
Parking will be available in a nearby visitor lot. Free parking also is available in the Larkin lots after 5 p.m.
For more information, visit www.ithappenedtoalexa.org. 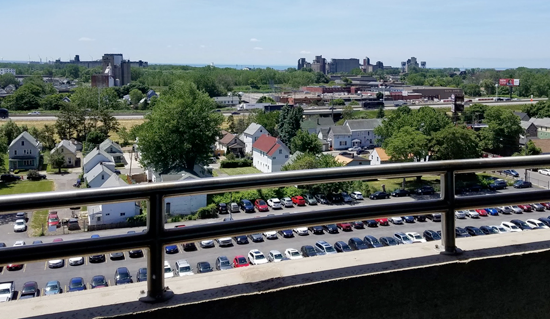 In the photos, a view of the new reception area; and an IHTAF office suite that opens to a balcony. (Submitted photos).
Categories
Business NFP Sentinel