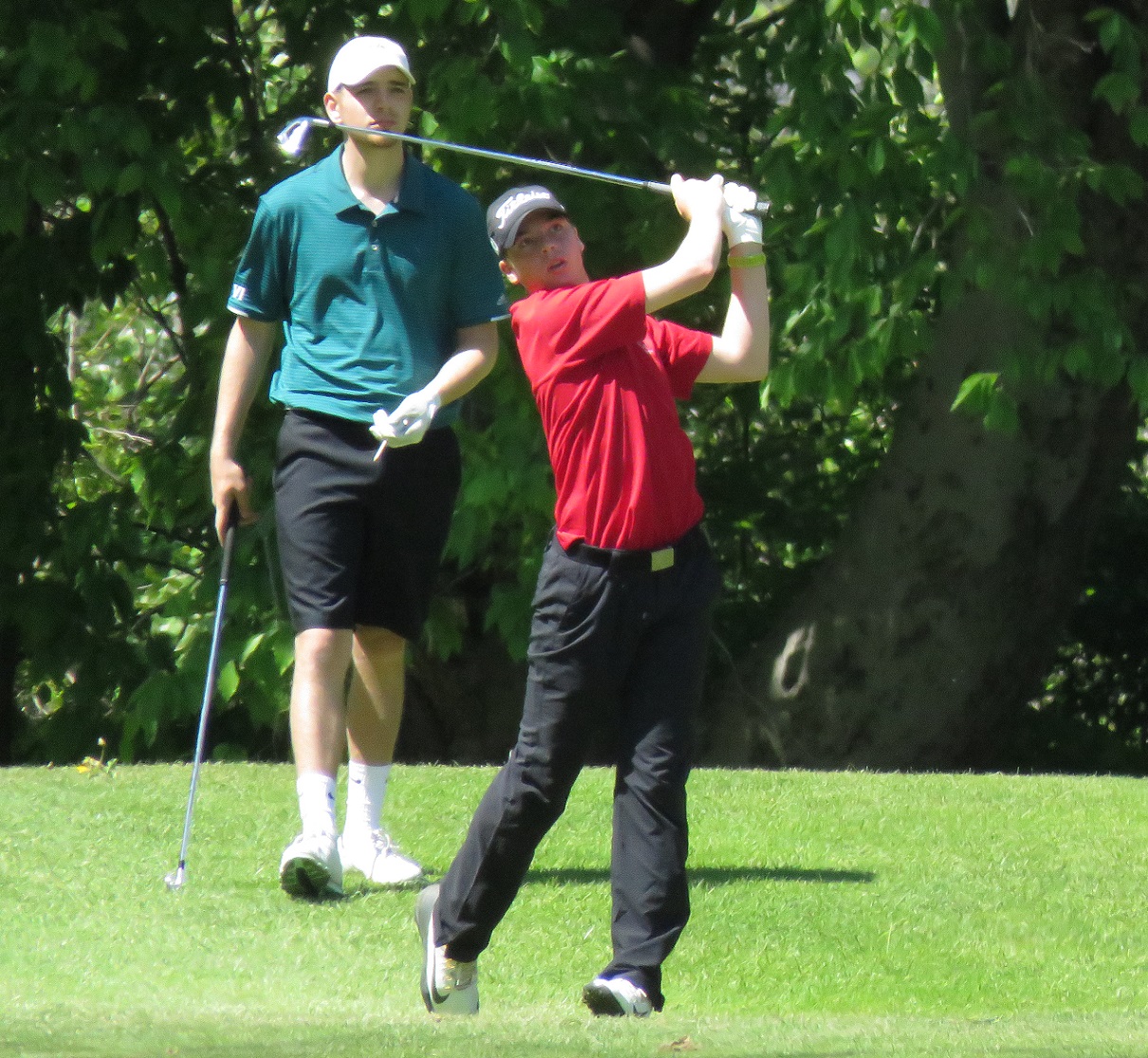 Anthony Delisanti tees off from the par-three eighth hole at River Oaks Golf Club on Grand Island. Delisanti finished tied for second place at 7-over for the Section VI Tournament. (Photos by David Yarger)

Tue, May 22nd 2018 07:00 am
Niagara-Wheatfield freshman finishes second at Section VI tournament
By David Yarger
Tribune Editor
On Monday morning at River Oaks Golf Club on Grand Island, the best high school golfers from Section VI arrived to punch their ticket to the New York State High School Golf Tournament at Robert Trent Jones Golf Course at Cornell from June 2-4.
The Niagara-Wheatfield Falcons were not only looking to send golfers to the state tournament, but also win a Section VI title. Section VI set up a team aspect for the tournament, giving the four league champions - Orchard Park, ECIC; Niagara-Wheatfield, Niagara Frontier League; Medina, Niagara/Orleans; and Chautauqua Lake/Westfield/Sherman, CCAA - a chance to take home a Section VI title and make the claim they were the best in the section.
Niagara-Wheatfield was nudged out by Orchard Park for a Sectional title, but the Falcons will be sending a golfer to the state tournament.
Freshman Anthony Delisanti finished with a 5-over 77 on the first 18 holes, then finished the final nine-hole qualifier at 2-over 36, for a day total of 7-over. Delisanti finished in a tie for second place, just two shots back of medalist Ben Spitz of Orchard Park.
The qualification is huge for Delisanti, as it's rare to see underclassmen succeed the way Delisanti has. Delisanti was the medalist at the NFL tournament with a 2-under 69.
It wasn't the first time Delisanti has been in the spotlight at Sectionals, though, as coach Tim Codd said he reached the final 20 golfers last year as an eighth-grader, but just missed the final-nine cutoff.
"He made it last year and I think it definitely helped this year," Codd said. "He was ready to go and played well."
Delisanti, who held a 38.5 stroke average during the fall season, was one of Codd's top options in his lineup, always playing as the No. 1 or No. 2. Codd said Delisanti is very reliable and he's excited to see him get to where he is now.
"It's really nice," Codd said. "Anthony is very consistent and has been ever since he's started with me. Every year he's just gotten better and better."
Along with Delisanti, Nolan Codd and Nick Peters were two other Falcons looking to pave their way to states, but Nolan fell just short, missing the final-nine cut by three strokes and Peters finished the day with a 13-over 85.
Delisanti is the first Falcons golfer to qualify for the state tournament since Matt Pawlak did it as a junior in 2016. 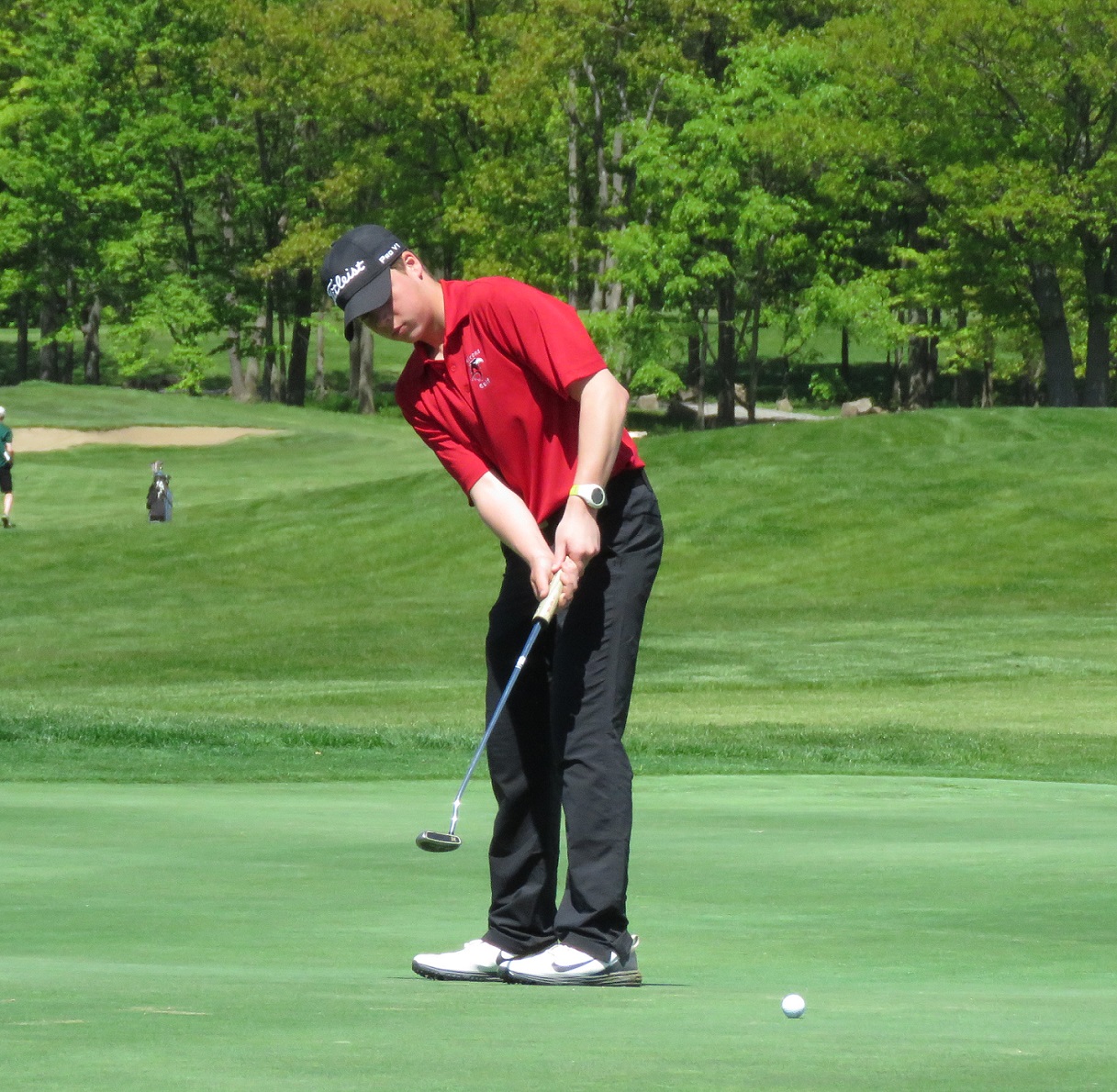