Sat, May 12th 2018 01:25 pm
The AFL/CIO Niagara Orleans Central Labor Council held its 27th annual Workers Memorial Day observation on Saturday. The event took place at the Workers Memorial Monument in Reservoir Park, located just off Route 31 at the base of the New York Power Authority reservoir. Workers, their friends and families, attended the ceremony, which was emceed by Labor Liaison Bill Jakobi.
The agenda included an honor guard salute, a bagpipe presentation of "Amazing Grace," and the raising of the flags in memory and honor of the men and women of labor - and all workers in Niagara and Orleans counties - who gave their lives to the job.
Following a rifle salute, taps was blown by a lone bugler. Flowers were then placed at the base of the monument.
"Workers Memorial Day is where we take the time to honor workers who died of work-related injuries or illnesses. We in organized labor will continue to fight for a safe work place!" Jakobi said.
Labor leaders offered speeches. Flags were raised by members of Veterans Club UAW Local 686 and the AFL/CIO Labor Council. Refreshments were served in a tent prior to the ceremony.
Several Niagara Falls councilmembers attended, as did New York State Assemblyman Angelo Morinello.
(Photos by Joshua Maloni) 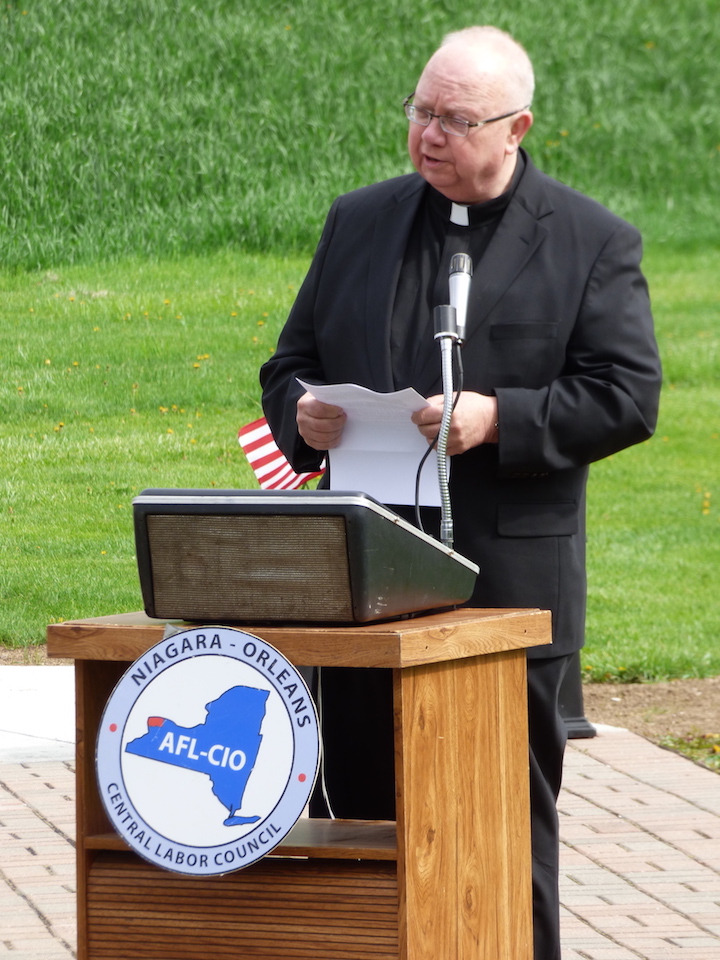 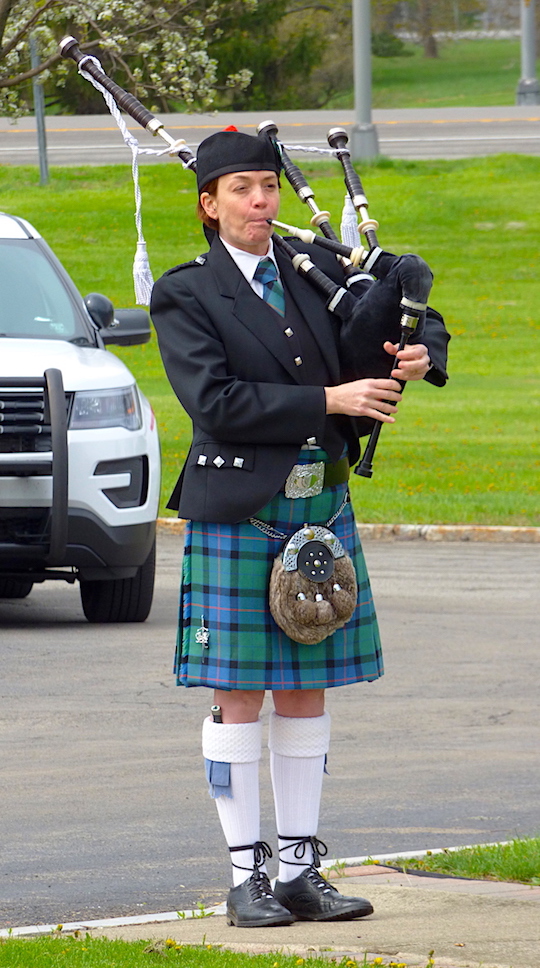 Marley Becker performs on the bagpipes. 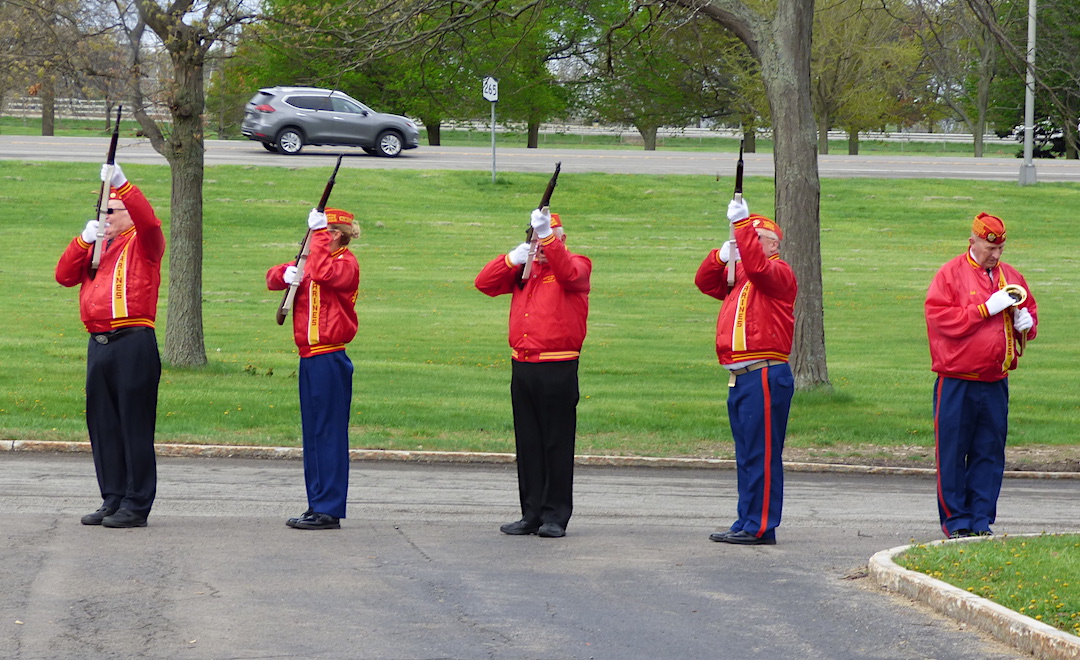 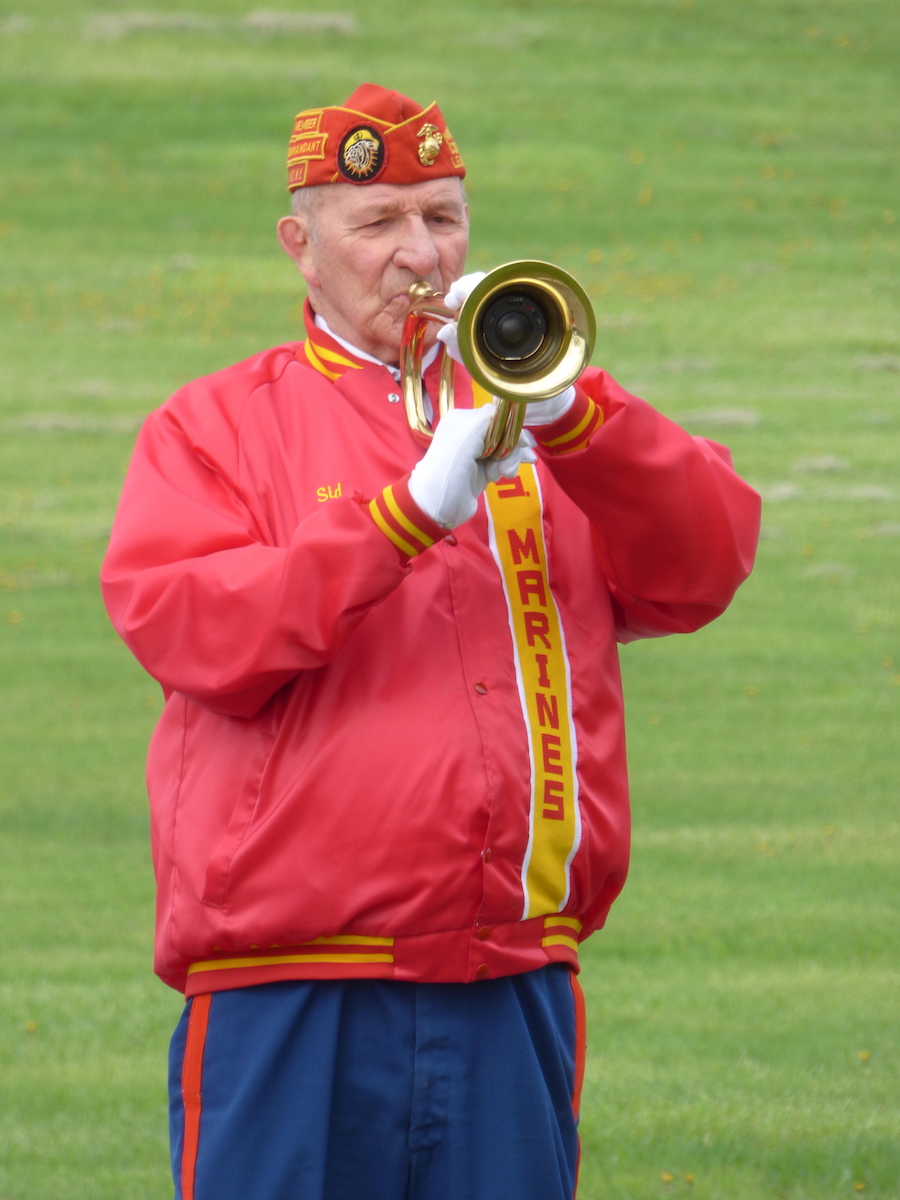 The Marine Corps League of Lockport offers a rifle salute and the playing of taps. 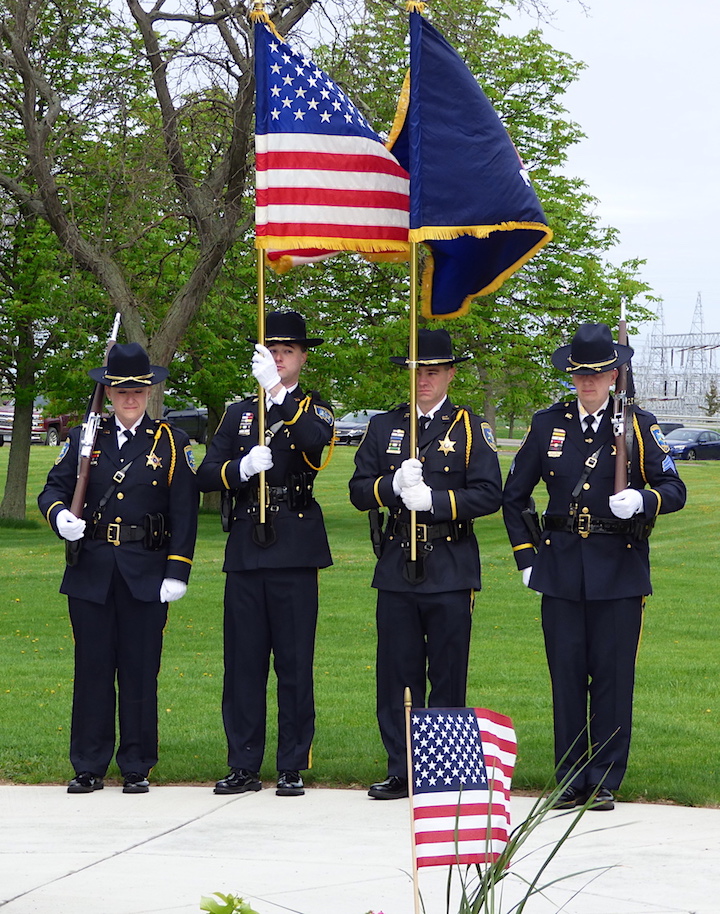 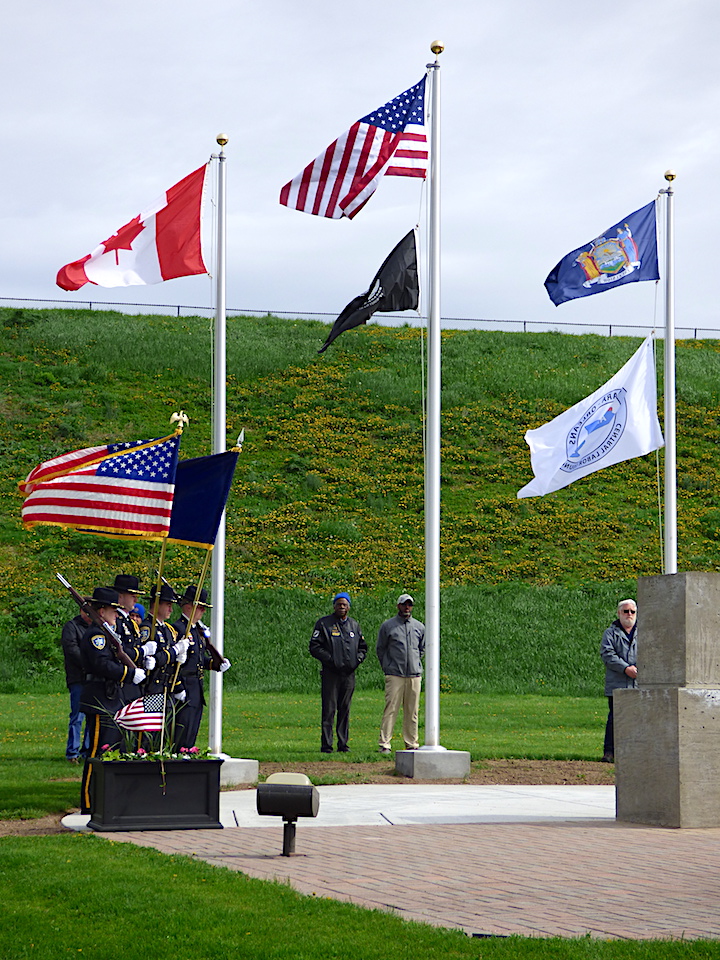 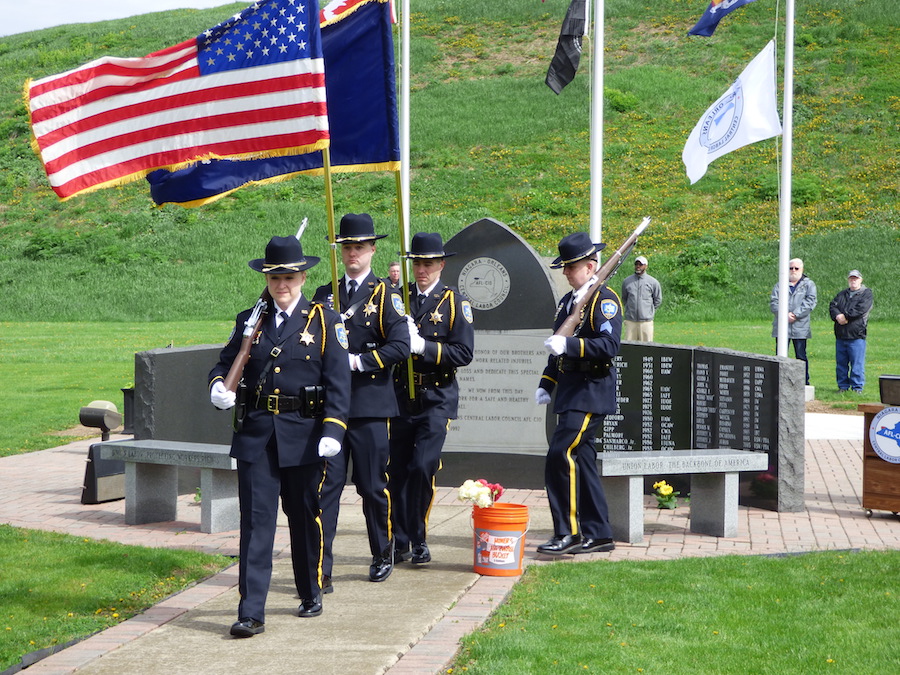 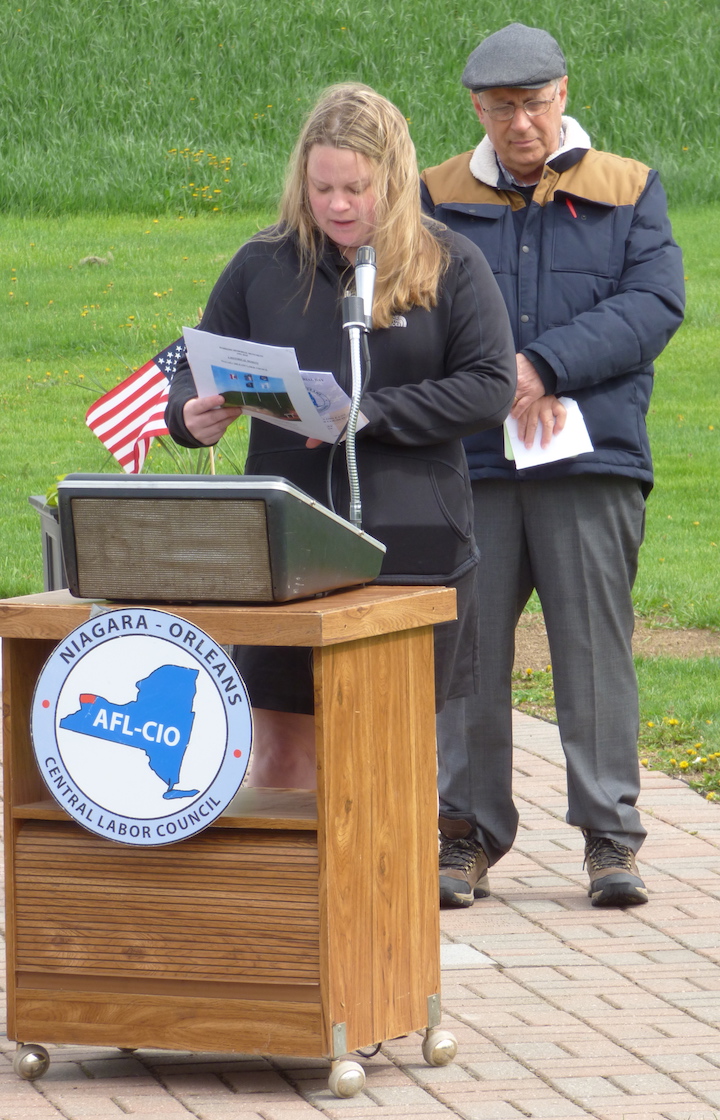 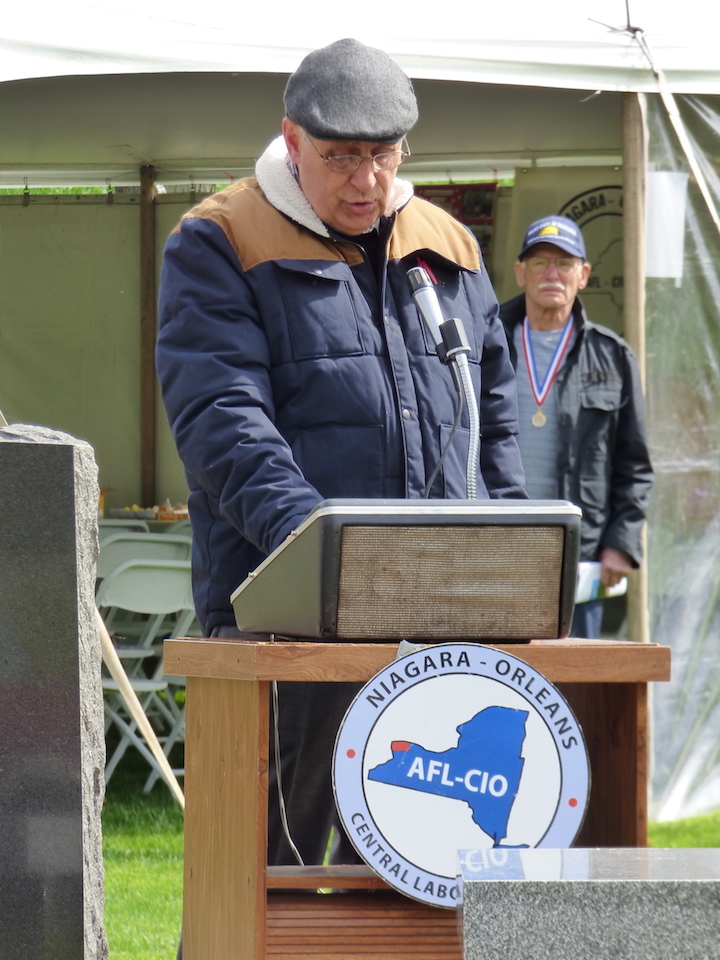 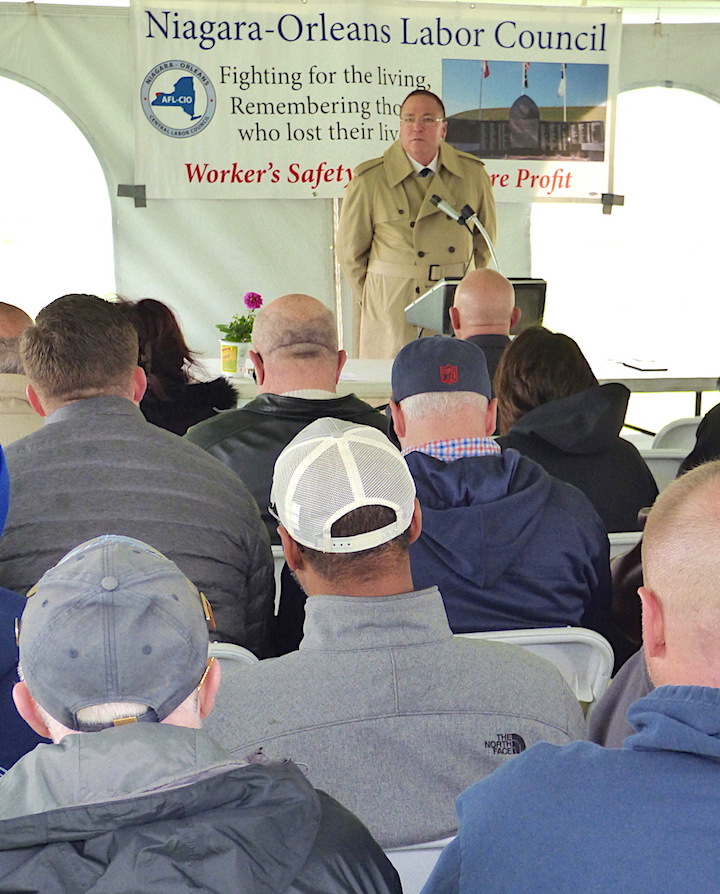 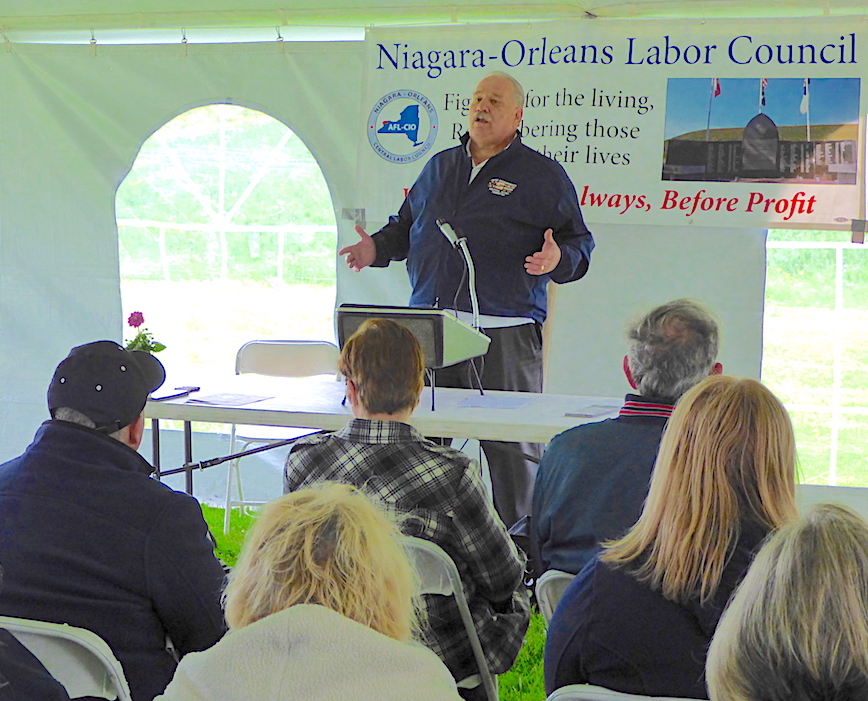 Niagara/Orleans Labor Council President Jim Briggs encourages workers to promote a safe workplace, and to inform the media and elected leaders when conditions are unsafe. 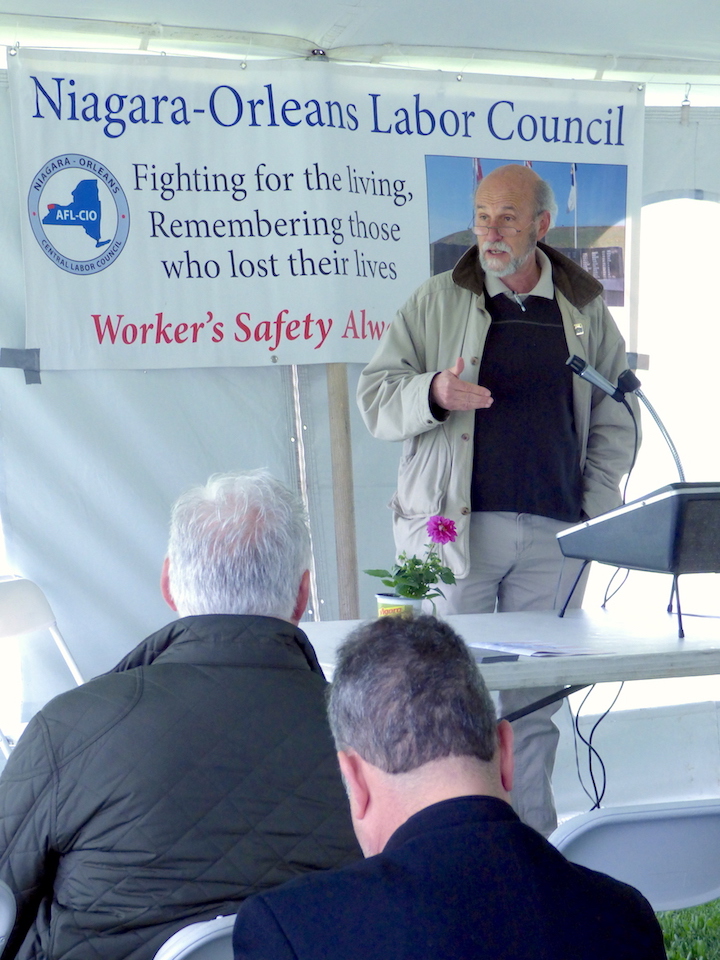 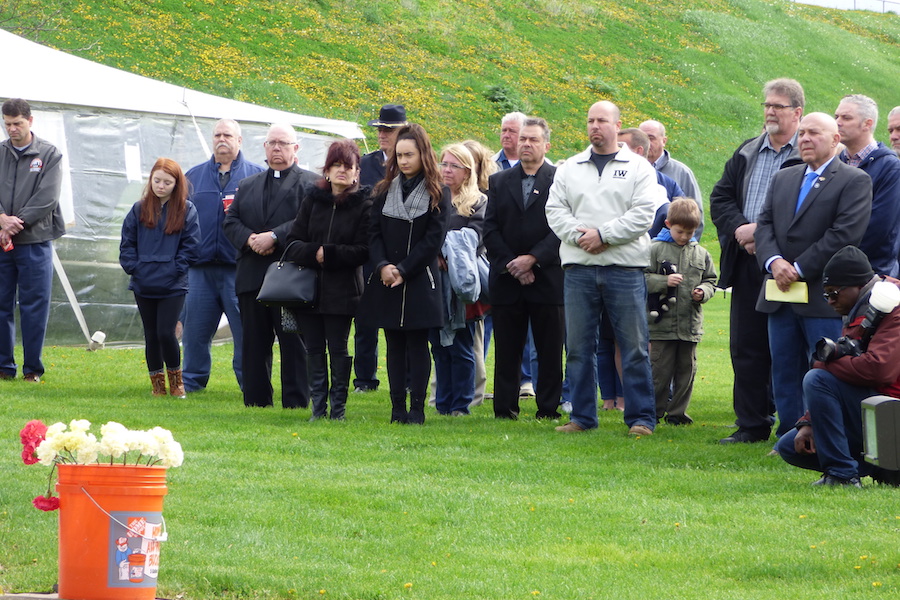 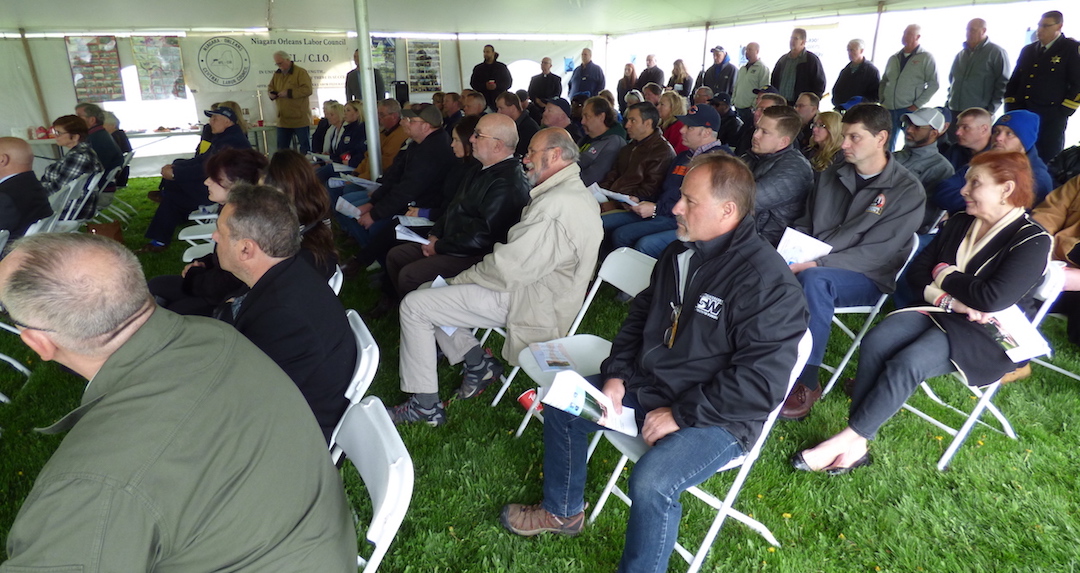 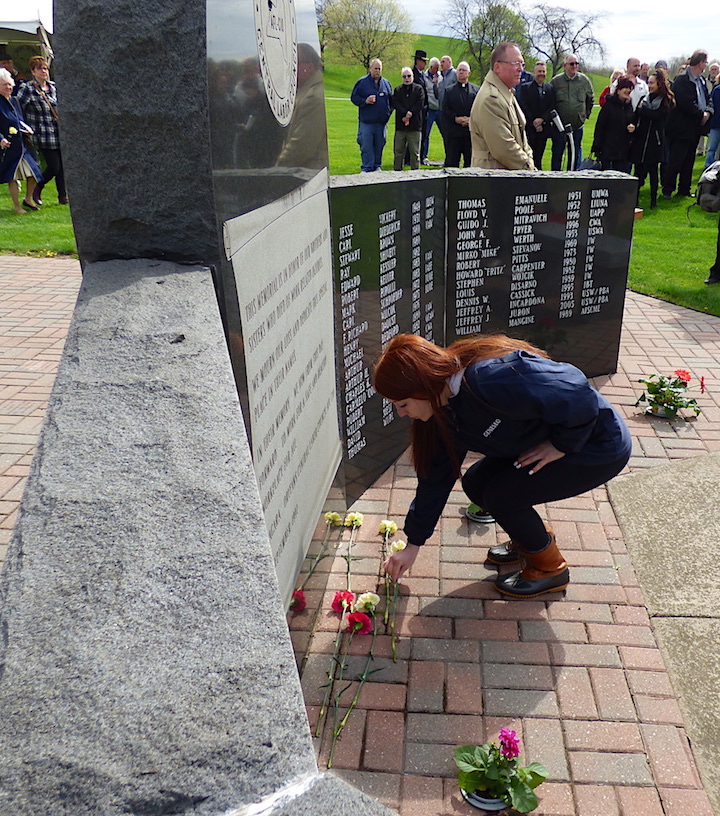 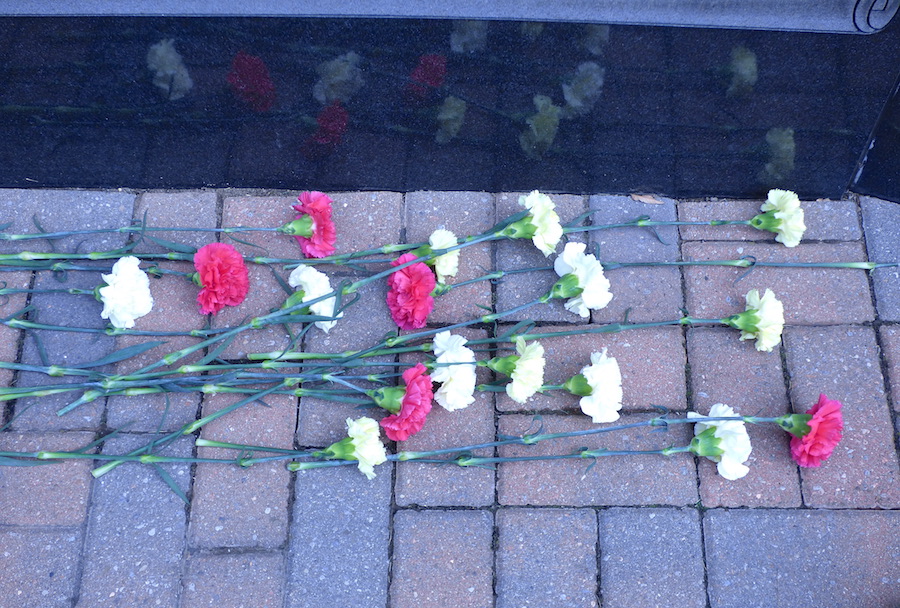 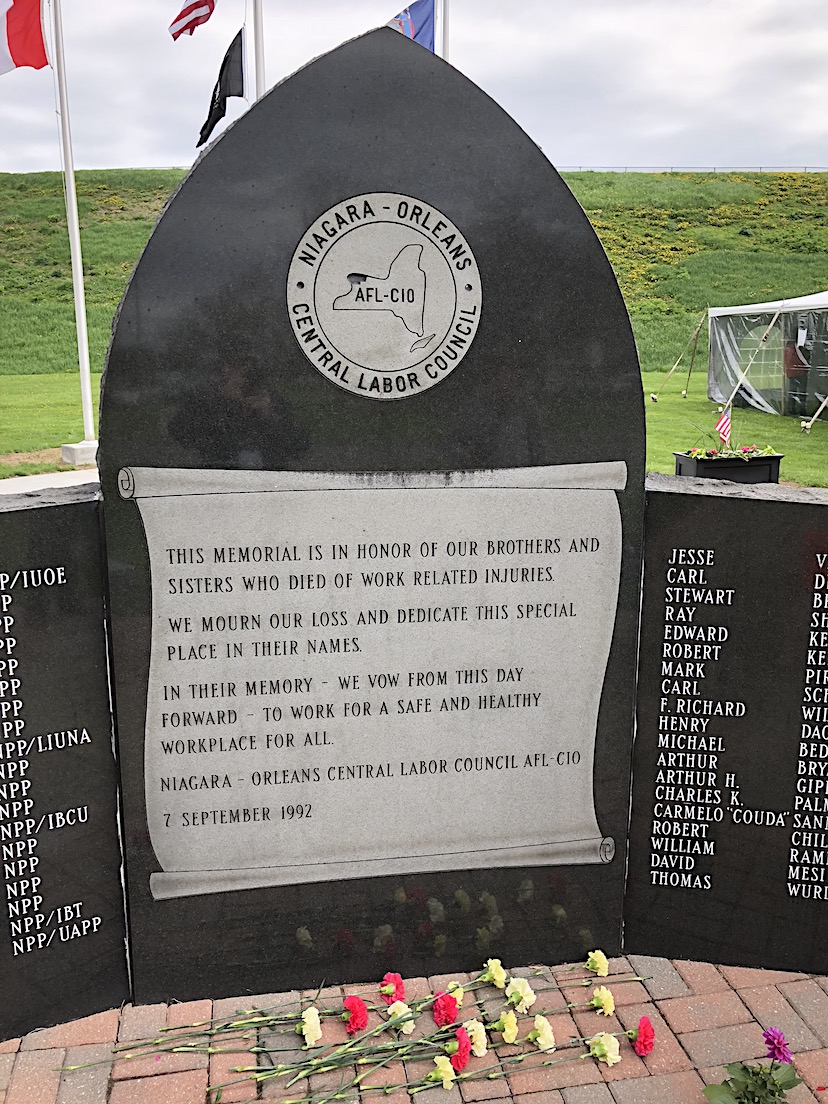 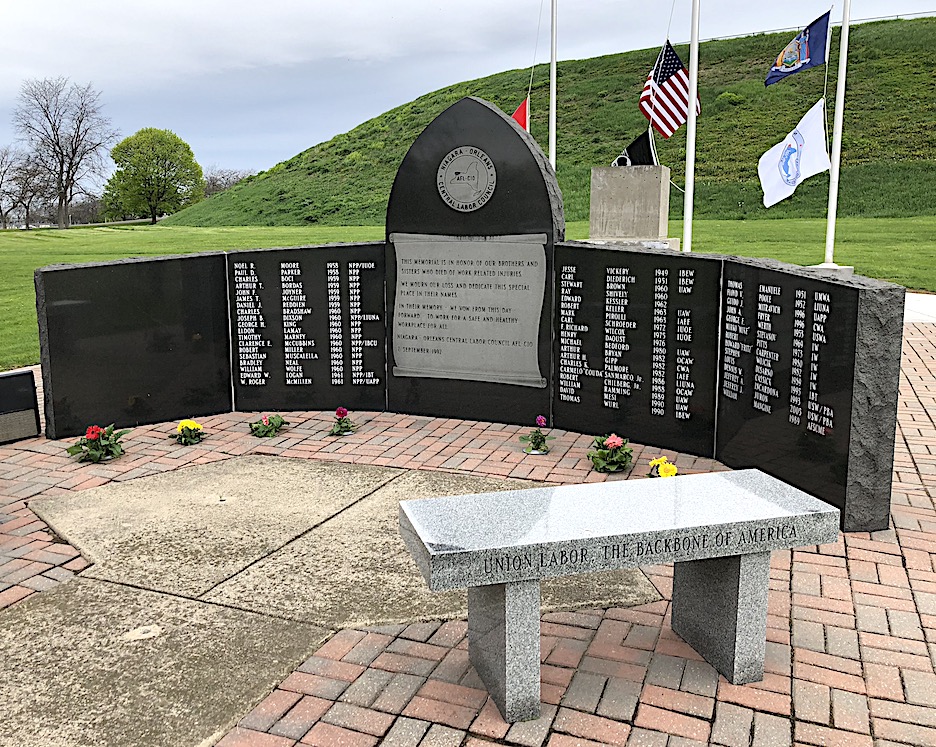 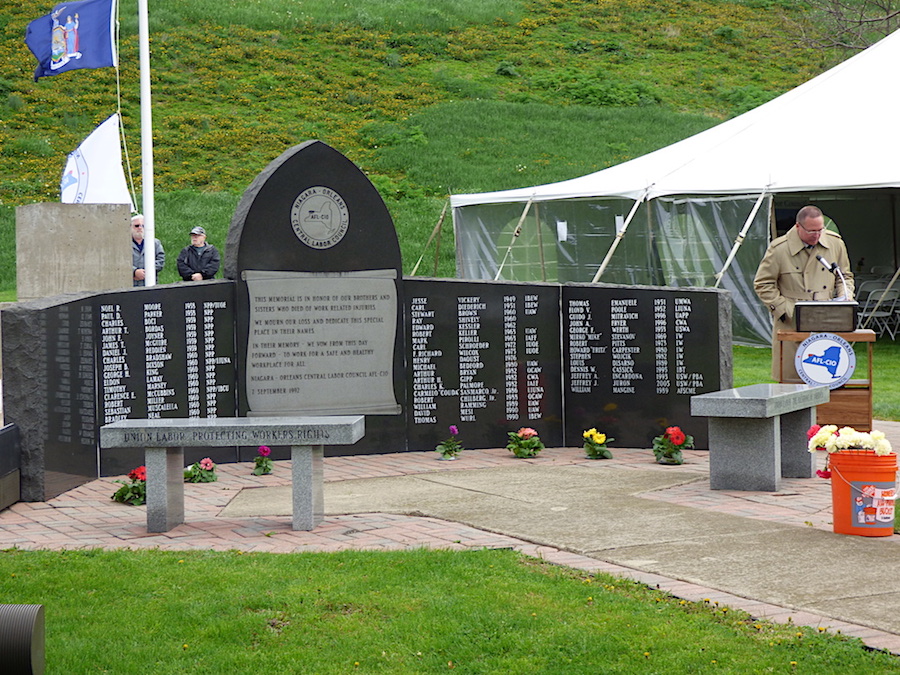