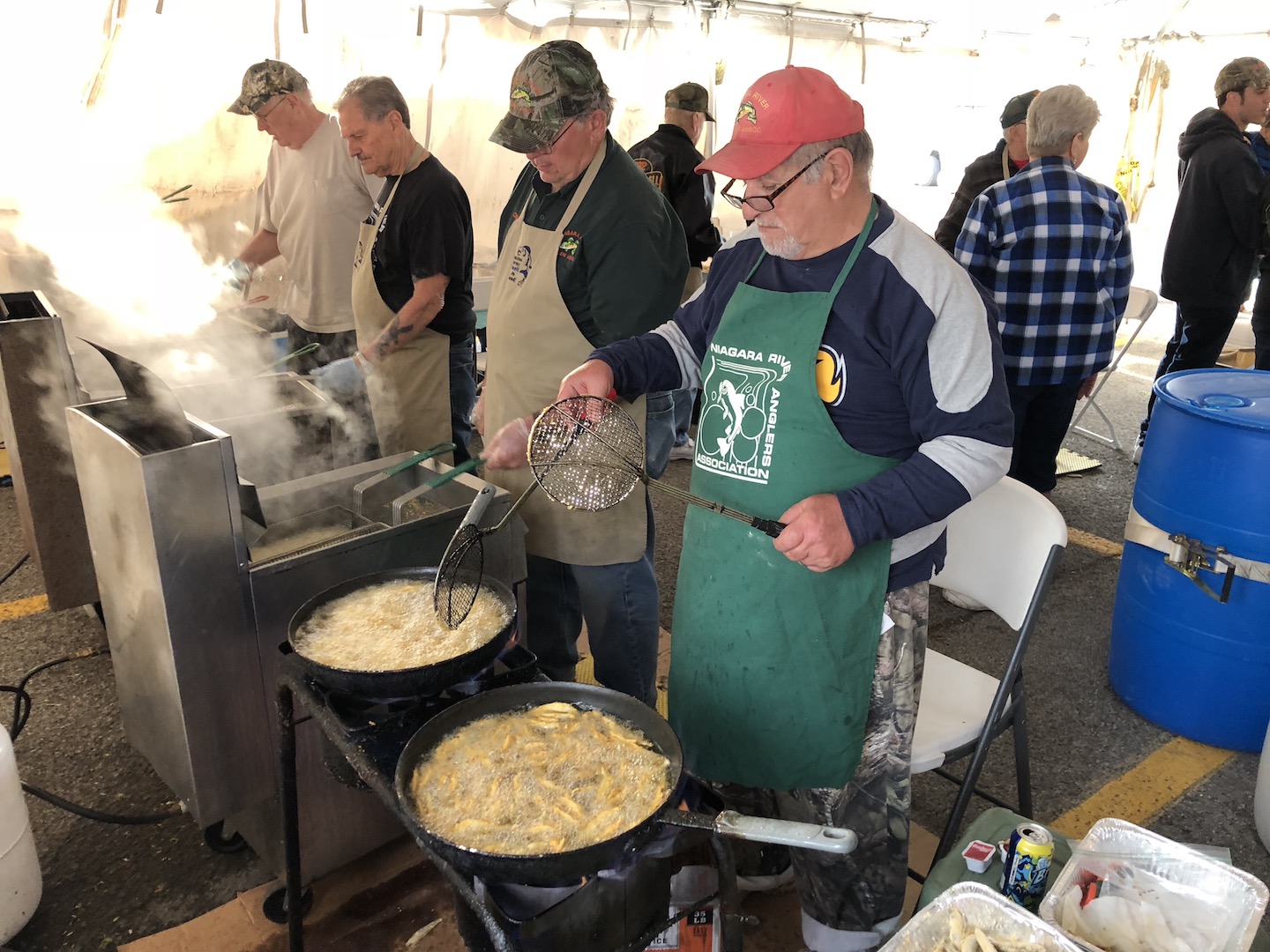 Members of the Niagara River Anglers fry up smelt at Friday's festival in Lewiston.

by jmaloni
Fri, May 4th 2018 09:00 pm
By Joshua Maloni
Managing Editor
Cars were zigzagging, traffic lights were swinging, and electricity was spotty, but it was going to take more than that to stop the Lewiston Smelt Festival.
The annual waterfront event is held on the first Friday of May - and generally comes with rain, below-average-temperatures or, this time around, wind gusts higher than the speed limit. Next year, who knows? Mother Nature might just drop some dinosaurs from the sky.
Visitors were not deterred, however, and lines to receive a signature white hot dog paper basket filled with perfectly fried, crispy, golden smelt wrapped around the waterfront parking lot.
Inside, 90 West performed, Smelt King Ken Scibetta of The Griffon House Restaurant took pictures with his subjects, and local elected and business leaders served up samples to happy customers.
The Smelt Festival is organized and presented by the Niagara River Region Chamber of Commerce in partnership with the Niagara River Anglers. Funds raised through donations go toward community and educational programming.
About 400 pounds of smelt was set to be cooked.
PHOTOS: 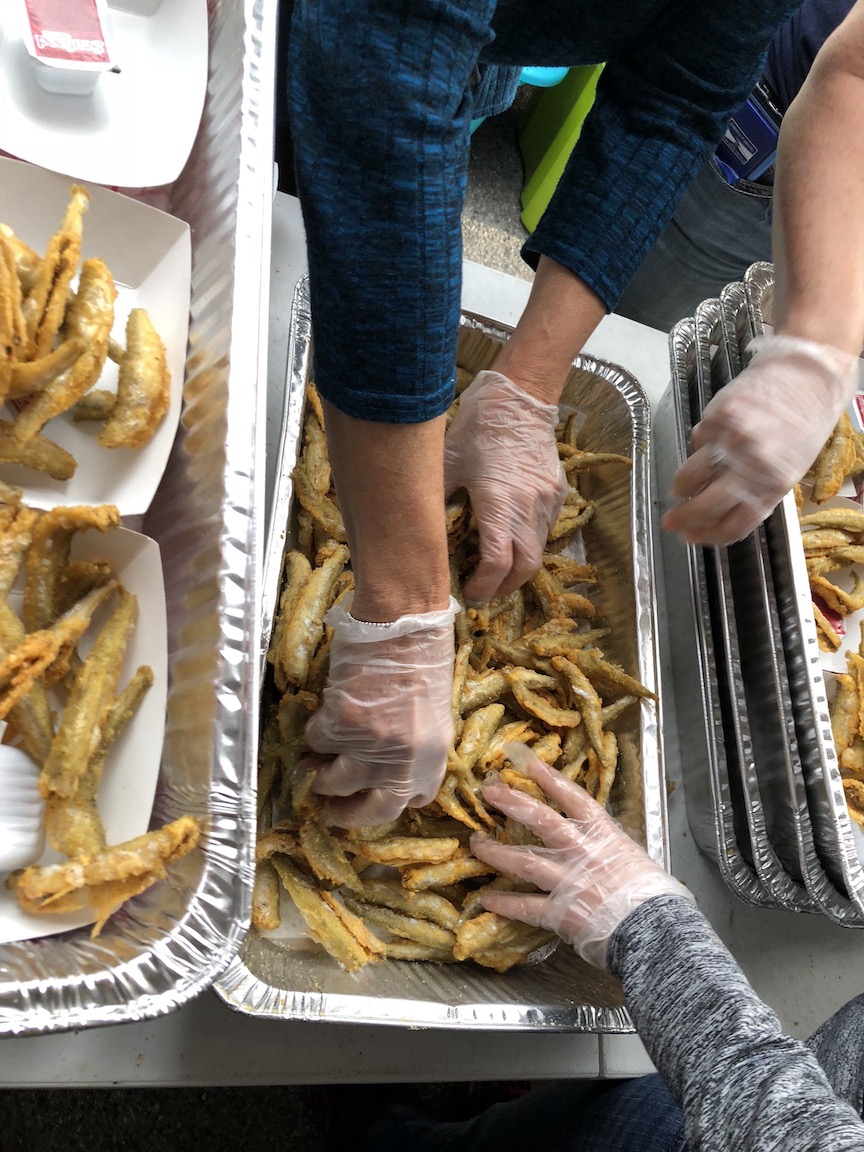 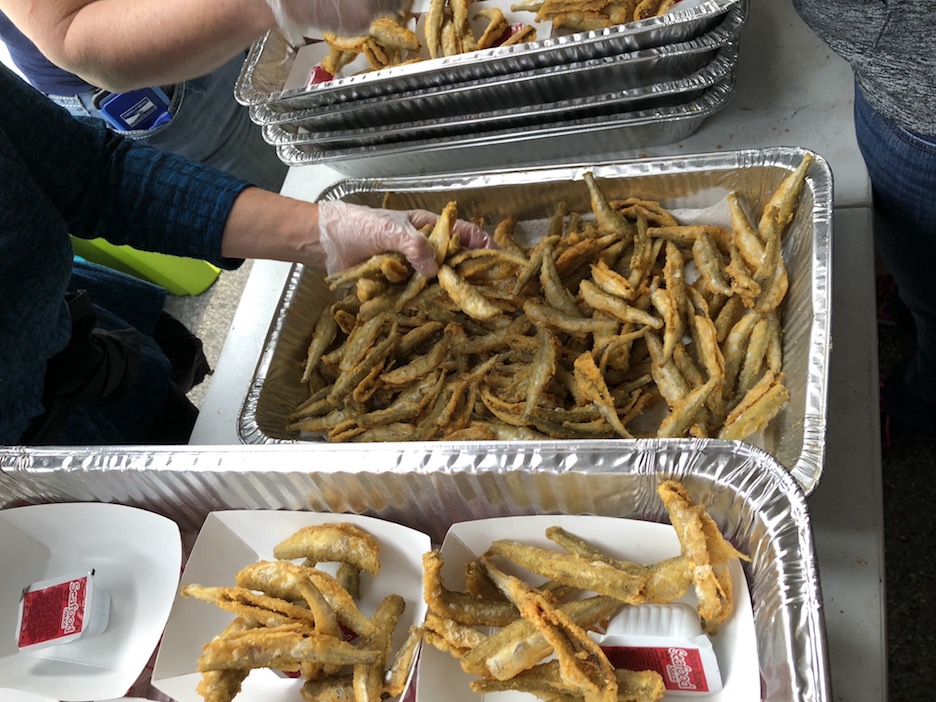 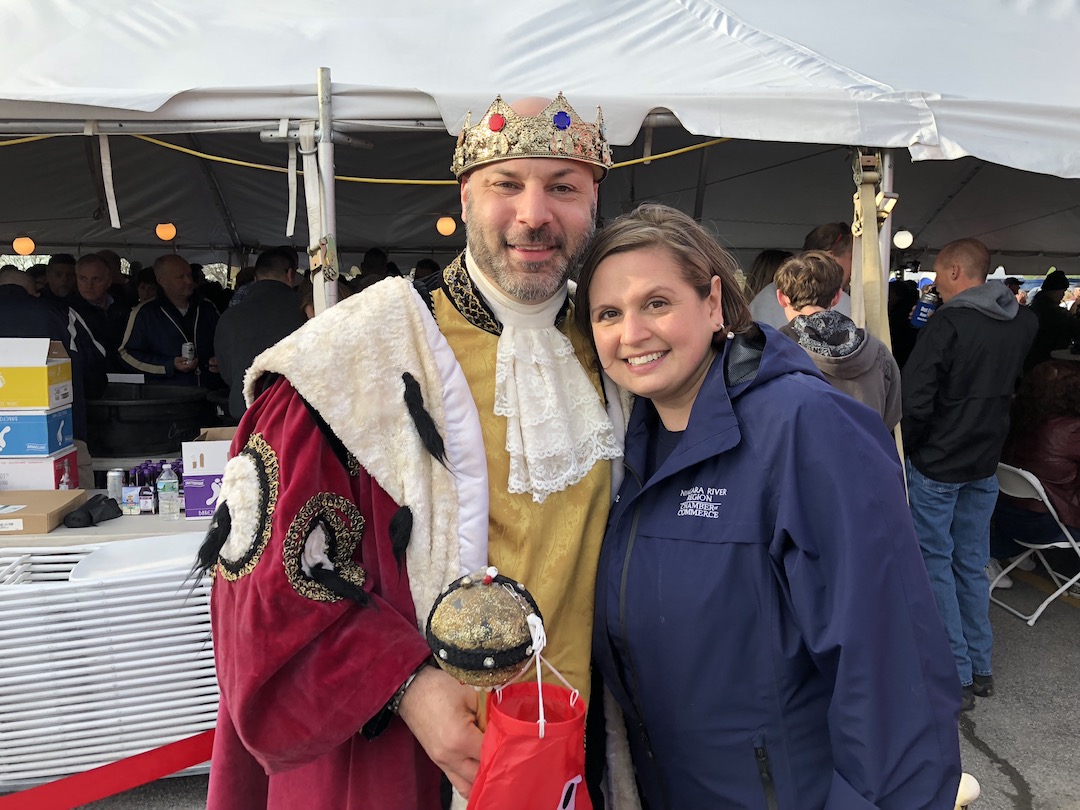 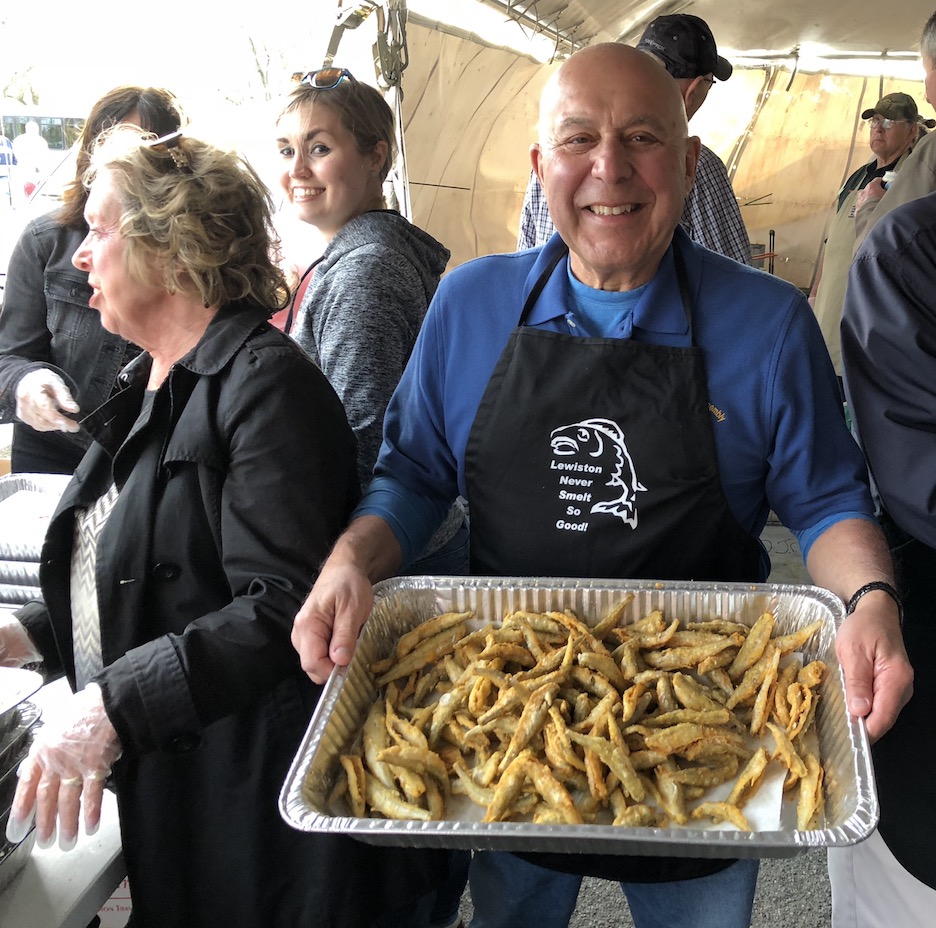 Assemblyman Angelo Morinello serves up a big batch of smelt. 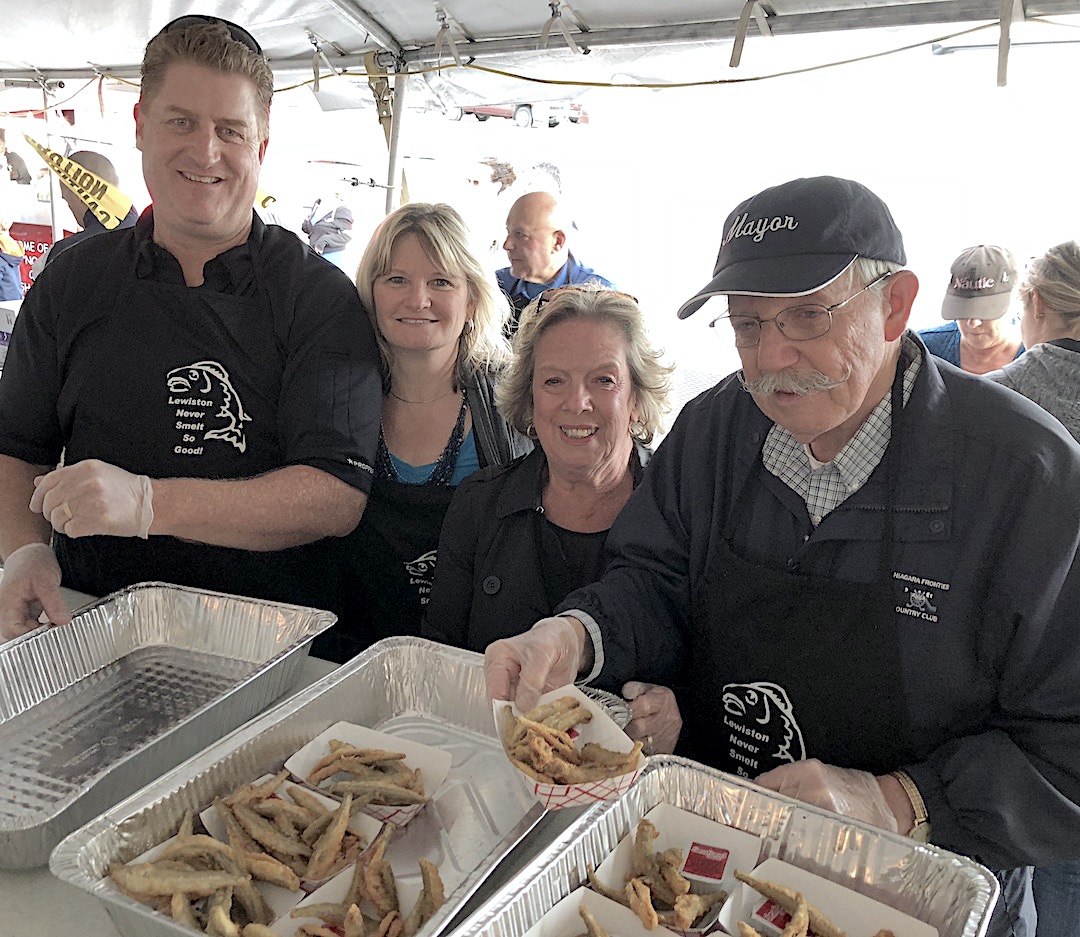 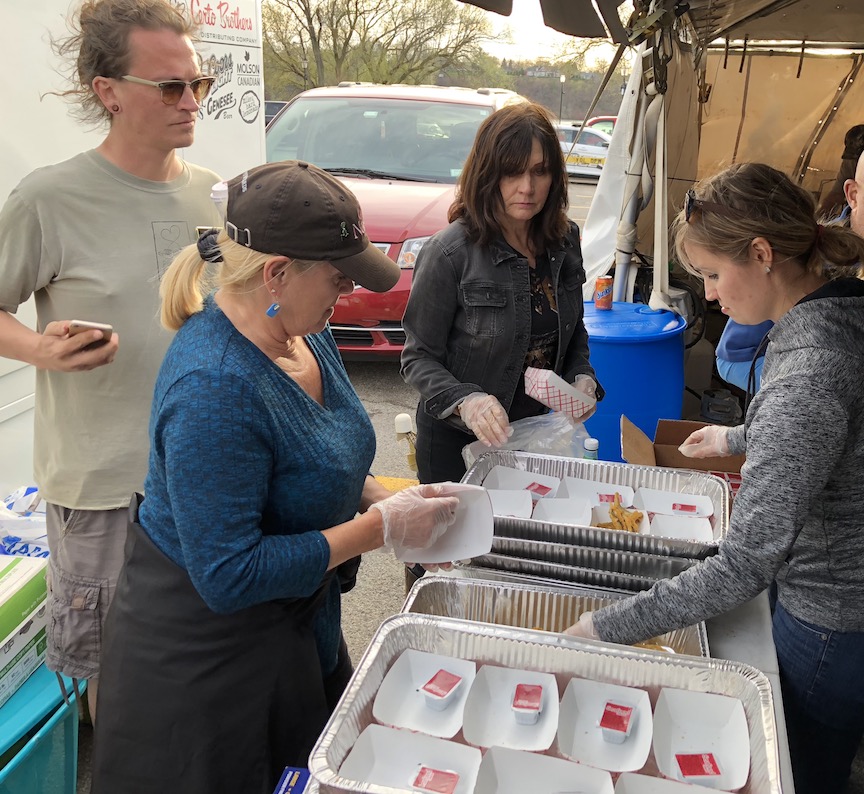 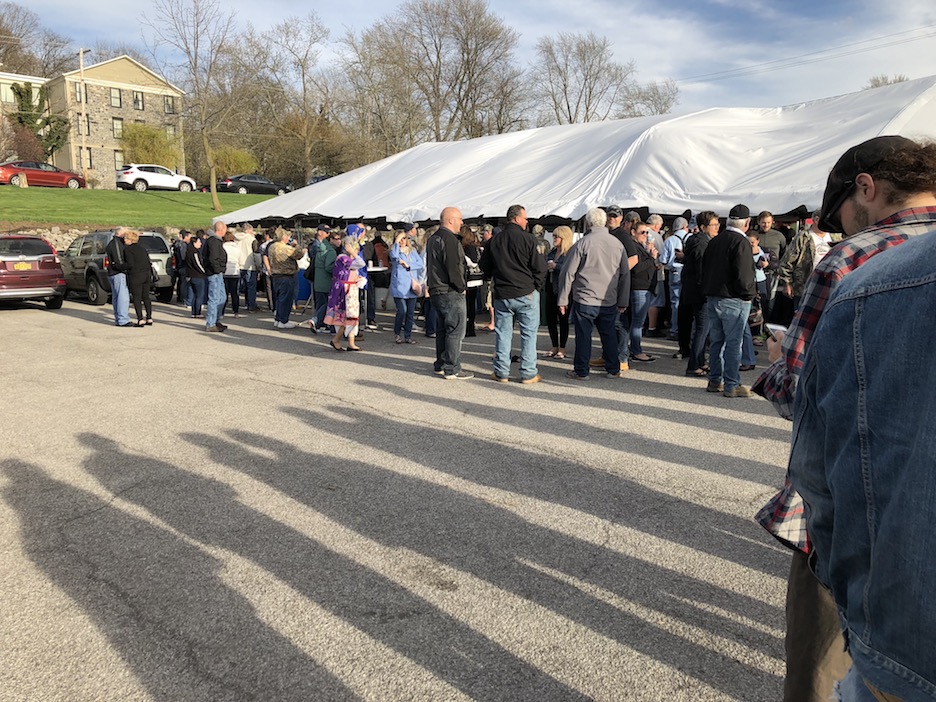