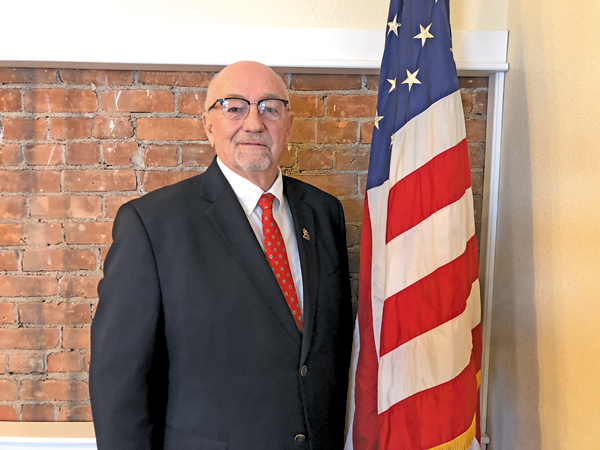 by jmaloni
Tue, Apr 24th 2018 09:05 pm
Party selects Vic Eydt, Anne Welch for trustee positions
By Joshua Maloni
Managing Editor
Village of Lewiston Deputy Mayor Bruce Sutherland was the top mayoral candidate vote-getter at the Republican Party caucus on Tuesday and will serve as the GOP's nominee in the June 19 election. He bested former Clerk/Treasurer Anne Welch.
Sutherland, 71, has served two terms as deputy to retiring Mayor Terry Collesano. Prior to his time on the Village Board, Sutherland was a member of the Planning Commission.
He received 83 votes, topping Welch's 52. One hundred and thirty-eight registered Republican voters entered the Red Brick Municipal Building to cast a ballot.
In a surprise move, Welch was nominated for one of the two available trustee positions. Incumbent Vic Eydt and Planning Commission member Claudia Marasco (a Democrat) also were recommended.
Eydt was the top vote-getter with 84 tallies. Welch was second (81) and Marasco third (64).
Welch said she would think about accepting the nomination. She is considering attending the Democrat Party caucus on Thursday. If she declines, Marasco will be given her spot.
Sutherland's term as trustee will end June 30. As he is not seeking re-election for this position, a second trustee seat is available.
Marasco is seeking her party's nomination on Thursday. The caucus begins at 6:30 p.m. in the Morgan Lewis Village Boardroom at the Red Brick. 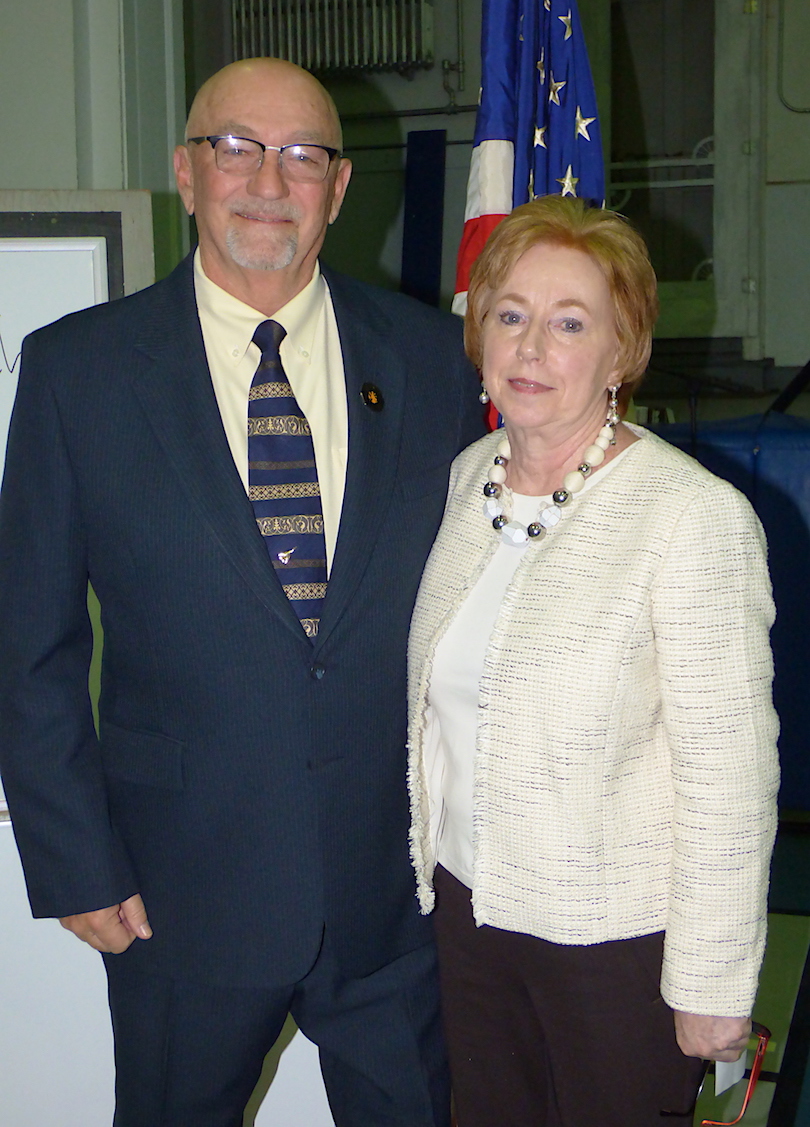 Bruce Sutherland and Anne Welch.
Sutherland has lived in Lewiston for nearly 15 years. Earlier in his career, he was a member of the Air Force for 26 years, serving as commander of the 463rd Tactical Airlift Wing and the vice commander of the 7th Bomb Wing. Sutherland retired from active duty and went on to work for almost 12 years as a pilot for Southwest Airlines.
He is a charter member of the Lew-Port Alumni Association. Sutherland graduated from the Creek Road campus in 1964, and then from Niagara County Community College, State University of New York at Geneseo and the University of Southern California.
Sutherland is a member of the Historical Association of Lewiston and Niagara Frontier Country Club, in addition to being a lifetime member of the Air Force Association.
Bruce and his wife, Jackie, have three children and four grandchildren.
"I have done my best to represent you, and hopefully have established a reputation for being able to work with everyone," Sutherland said.
"I have learned from everyone I have worked with and for, but I do think that local governance shouldn't be about politics, but what is right for the people," he added.
Eydt has served the Village of Lewiston since 1993. He was a member of the Planning and Historic Preservation Commission and served as chairman before joining the Village Board. Eydt will seek a third term as trustee.
He is involved in many of the village's community volunteer organizations. Eydt is a member of the Historical Association of Lewiston, junior governor of Lower Niagara Moose Lodge 584, a board member of Lewiston's Memorial Day remembrance committee, and works with the Niagara River Region Chamber of Commerce's annual Lewiston Smelt Festival. 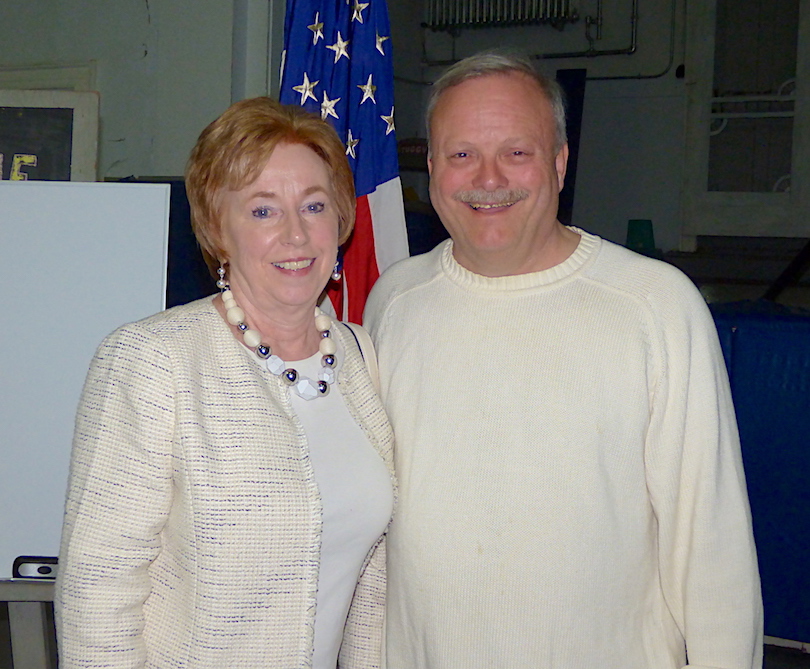 Anne Welch and Vic Eydt.
Welch presently serves as vice chairwoman of the Village of Lewiston's Planning Commission. In 1983, she was hired by the municipality to serve in the clerk's office. Welch was promoted to deputy clerk and then to clerk/treasurer. She served in that capacity until her retirement in 2014.
During her time with the village, Welch served as the clerk to the Historic Preservation Commission, the Planning Commission and the Zoning Board of Appeals. She also served on the village's master plan, zoning update and Local Waterfront Revitalization Program committees.
Marasco serves on the Village of Lewiston Planning Commission and is a frequent attendee at Village Board and Historic Preservation Commission meetings.
She helped found and fund the "Invest in a Vest" program that outfitted Lewiston Police Department officers with new tactical ballistic vests. Additionally, she heads up the volunteer group collecting money and food donations for Ransomville's Care-n-Share food pantry, Community Missions and Heart, Love & Soul. Marasco and her team accumulate items outside of Artpark prior to the summer "Tuesdays in the Park" concerts.
Year-round, Marasco can be found at the International Peace Garden off Center Street, where she volunteers as a caretaker.
The next mayor and trustees will be elected to serve a four-year term.
Local leaders in attendance at the caucus included Town of Lewiston Supervisor Steve Broderick and Councilman Bill Geiben; Village of Lewiston Trustee Dan Gibson; and Niagara County Legislator Rebecca Wydysh. Other notables in the crowd included former Village of Lewiston Mayor Richard Soluri and trustees Ron Winkley (also a former town councilman), Ron Craft and Ernie Krell; and former Town of Lewiston Supervisor Sandra Maslen.
Republican Party Chairman Karl Frankovitch called the meeting to order. Jeff Williams was appointed caucus chairman. 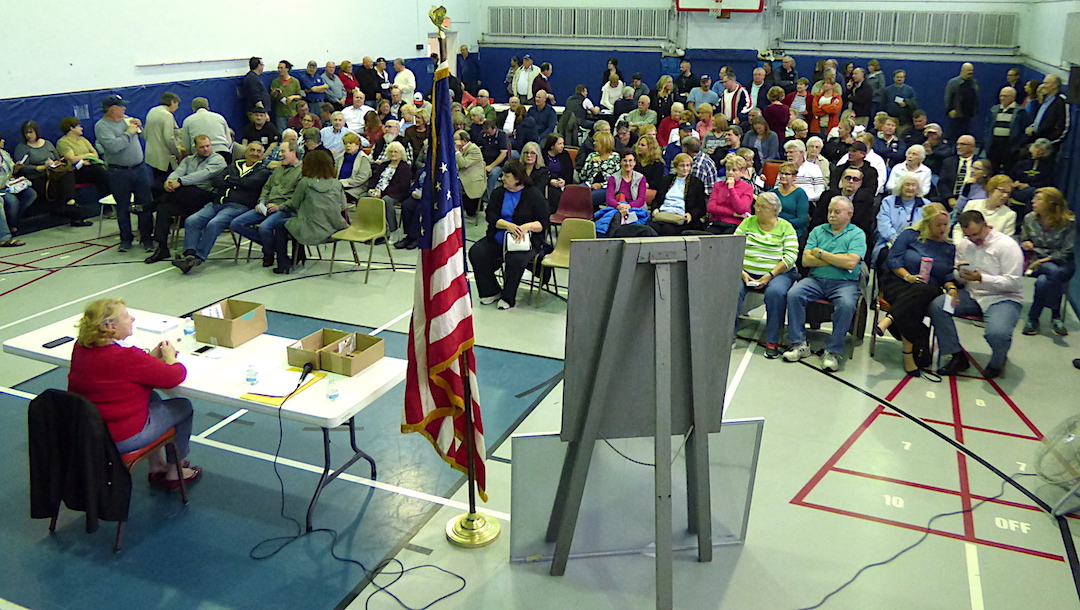