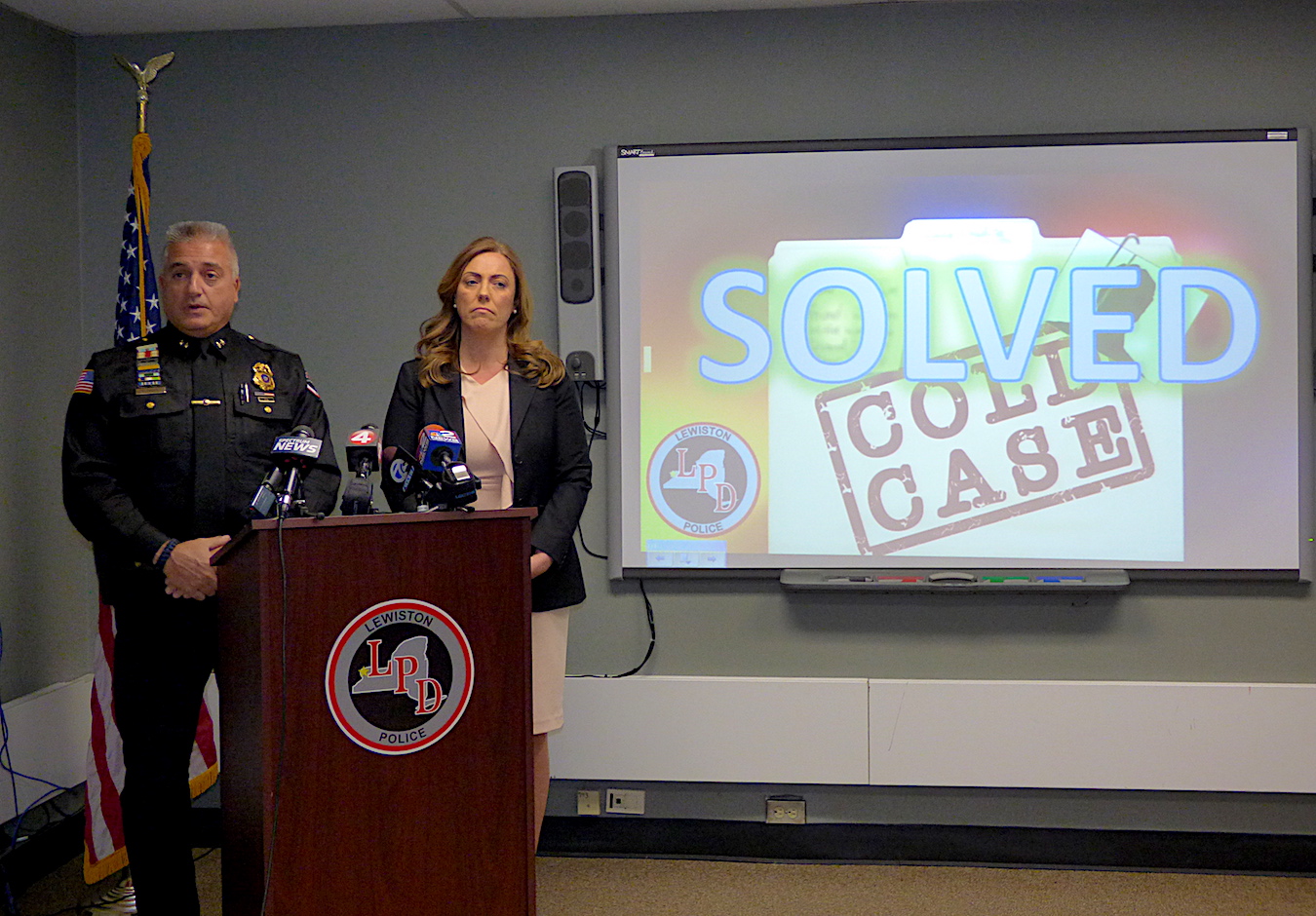 Sun, Mar 25th 2018 03:40 pm
The Lewiston Police Department on Sunday announced an arrest related to the 2012 hit-and-run death of Loren Jacobs on the Tuscarora Indian Reservation in Lewiston.
On Saturday, 25-year-old Timothy J. Martin Jr. of the Town of Niagara was arrested and charged with leaving the scene of a fatal personal injury accident. He was arraigned and transported to the Niagara County Jail. Bail was set at $50,000. The Class D felony carries a maximum sentence of seven years.
At 11:03 p.m. Feb. 8, 2012, the 59-year-old Jacobs was walking west on Mt. Hope Road, near his residence in the 2200 block, when he was struck by a vehicle. Jacobs died as a result of the injuries he sustained in the crash. The vehicle, meanwhile, left the scene heading westbound.
At the time of the original investigation, several pieces from the vehicle were recovered, along with other evidence. The Lewiston Police Department continued to investigate this case and to seek tips. The information was posted numerous times on LPD social media, as well as in newspaper and TV stories.
"Every tip was followed up on and every lead was investigated," an LPD press release stated. "After the last outreach (last fall), one of those tips provided crucial information to help investigators identify a potential suspect and suspect vehicle.
"Hit and run cases are some of the hardest to solve for law enforcement. Through the hard work and perseverance of the investigators over a six-year period, we were able to finally make an arrest. It is our hope that this will be of some comfort to Loren's friends and loved ones and can help bring closure to the Jacobs family."
Niagara County District Attorney Caroline Wojtaszek attributed the arrest to "old-fashioned police work" and said additional charges may be brought against the suspect.
Lewiston Police Department Chief Frank Previte said the combination of found automobile parts and information from the public enabled the cold case to be cracked.
PRESS CONFERENCE HIGHLIGHTS: 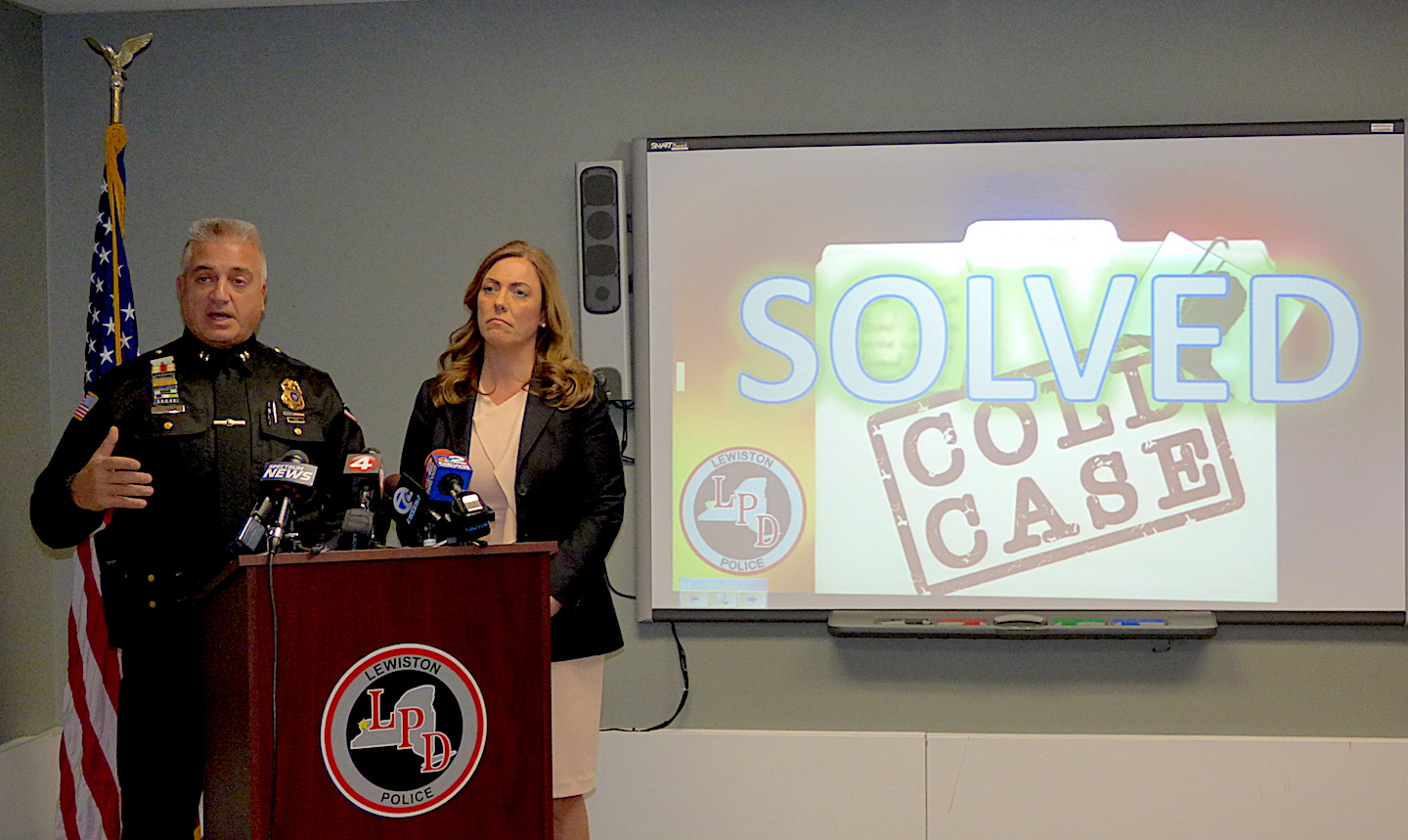 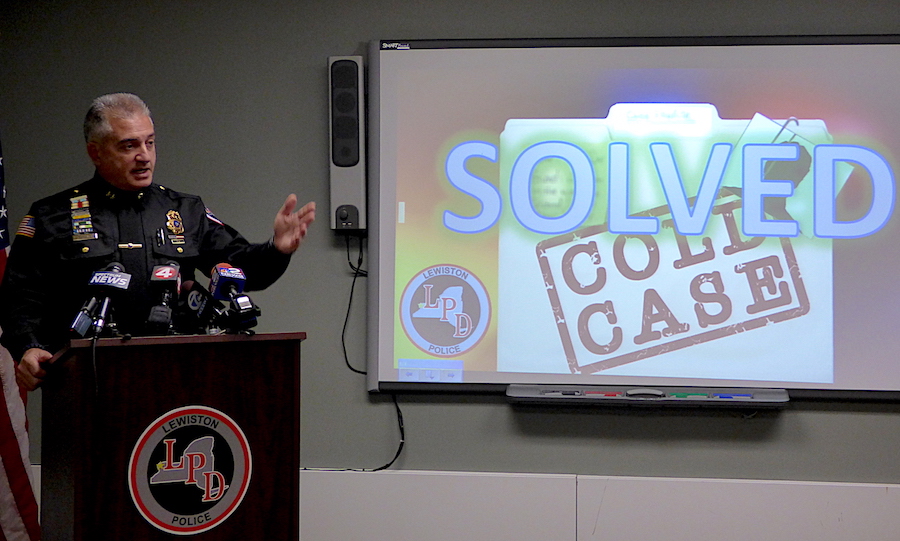