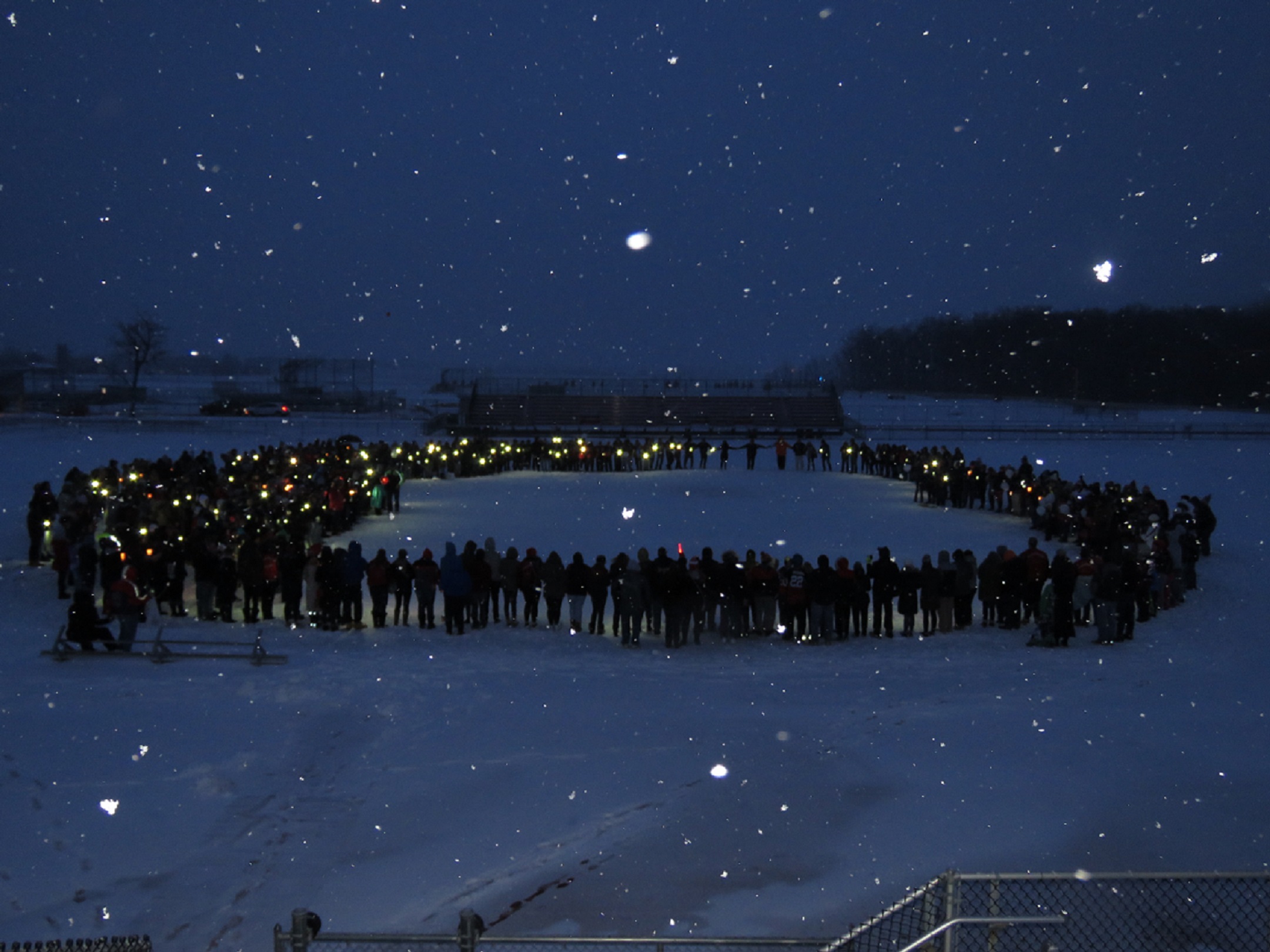 Amidst the blowing snow and bitter temperatures, the community came out to honor the life of Michael Ziegler. (Photo by David Yarger)

Fri, Mar 9th 2018 09:25 pm
Over 500 people show up for candlelight vigil to remember Michael Ziegler
By David Yarger
Tribune Editor
It's been a very tough week for the Niagara-Wheatfield community.
On Wednesday, students, faculty, friends and family received tragic news that Michael Ziegler; a student at Niagara-Wheatfield High School and a member of the Falcons football, wrestling and lacrosse teams, tragically passed away.
On Friday night, with bitter temperatures and blowing snow in the forecast, the community showed their true colors and came out to Terry Harvey Field, home of the Falcons football team, to pay their respects and remember the life of Ziegler with a candlelight vigil.
In all, an estimated 500-plus people showed up to the remembrance. People from N-W, Niagara Falls, Grand Island, Starpoint and more were all in attendance for an emotional ceremony.
Attendees showed up around 6 p.m. and gathered around the football field, eventually creating a circle at midfield. Several songs were played, and many prayers were offered.
Due to weather, the candles were tough to ignite, but that didn't stop the crowd from showing their love for Ziegler. Almost everyone in attendance pulled out their cell phones and turned their flashlight on to replace the candles.
Near the end of the ceremony, several balloons, donning the Falcons red, black and white colors, were launched into the air.
Along with the event, a Go Fund Me page was created Thursday to help support the Ziegler family as they go through these tough times. To date, the fund has already garnered $14,346. The page said, "As much of us know and to our dismay, we lost one of the most selfless, kind-hearted and loving young men most of us have ever met. The Ziegler family has been there and has done so much for so many of our families in our community for countless years. We all want to give just a portion of that back during this tragic time in their lives."
Interested donors can visit www.gofundme.com/the-ziegler-family.
The event and the fund, although emotional and touching, is a testament to how close knit the Wheatfield community is. Western New York gets a good reputation for being an area of good neighbors and the Falcons families revealed their true colors Friday night by putting their stamp on that togetherness and friendly bond. 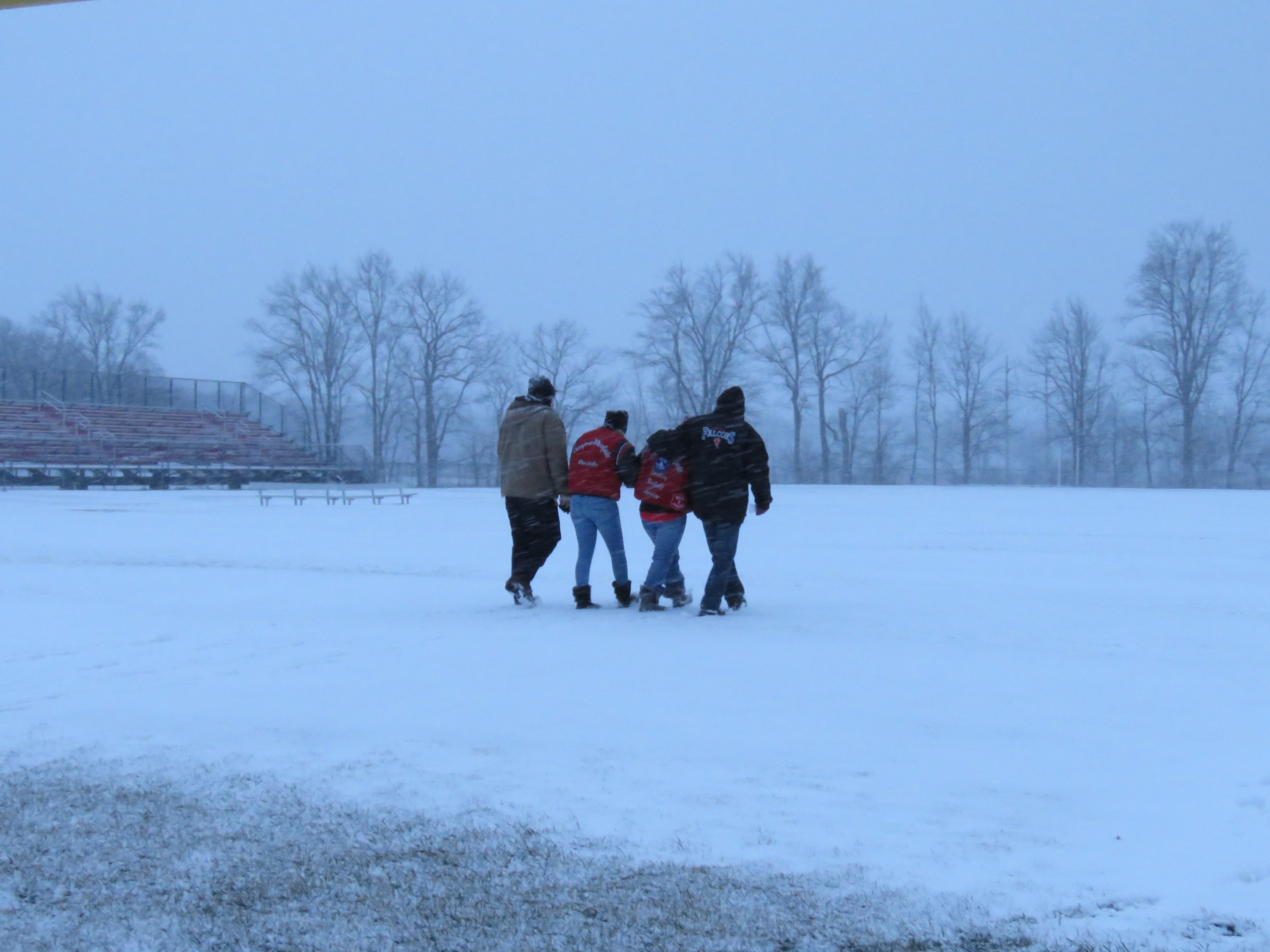