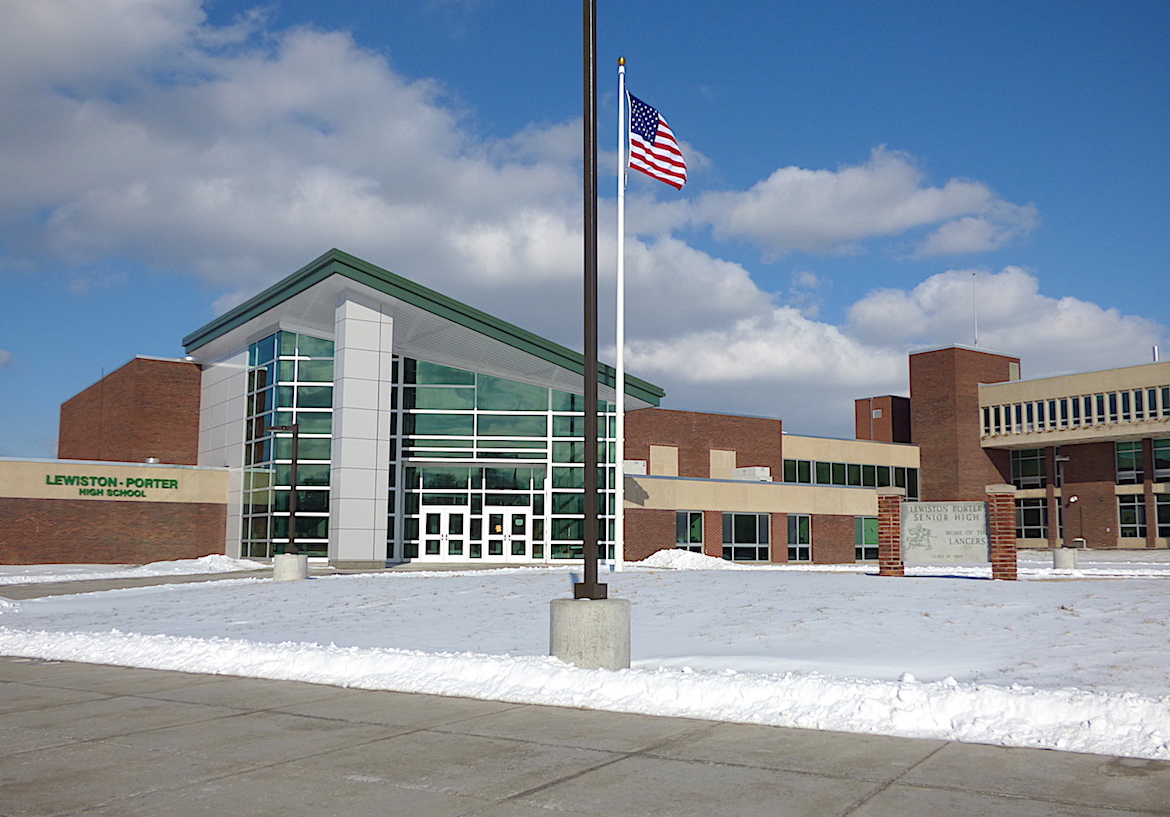 by jmaloni
Tue, Feb 6th 2018 04:00 pm
A "completely accidental" mixture of two liquids used for swimming pool maintenance created a chemical scare Tuesday at Lewiston-Porter High School.
A female maintenance worker inadvertently combined chlorine and acid, which created a chlorine gas. Subsequently, Lewiston and Niagara County fire responders were called to the Creek Road campus.
No students were affected, but were sent home at 1:30 p.m. - about 45 minutes early - to enable first responders to have unencumbered access to area.
At a 2 p.m. press conference, Lewiston-Porter Superintendent of Schools Paul Casseri said the chemicals were mixed in a drum in the physical education wing. He explained the swimming pool filter room is, essentially, in a sub-basement, away from where students congregate.
Two of the school's maintenance employees were treated for non-life-threatening symptoms and released.
Lewiston Police Department Chief Frank Previte said an investigation led him to believe the chemical mix-up was not a criminal act.
Niagara County Emergency Services Deputy Fire Coordinator Mark Hain called the mashup "completely accidental," and said there would be neither long-term contamination nor any physical damage.
He explained the process of removing the chemicals is very time-consuming and was expected to take a few hours or more.
Despite that, Casseri said school would be open and operating as usual on Wednesday.
Earlier in the day, a message on the LPD Facebook page read, "Students have been moved to a different wing and are not in any danger."
Board of Education President Jodee Riordan posted, "We have had a minor chemical emergency in our pool filter room at the High School. All students and staff have been moved from the Physical Education Wing to the main section of the High School. There is no safety concerns for our students and staff. We are working with the Lewiston Police Department, Lewiston #1 Fire Company, Youngstown Fire Company and the US Air force Hazmat Team to rectify the situation."
VIDEO: First-responders explain what happened
Categories
Home feature NFP Sentinel Sentinel feature