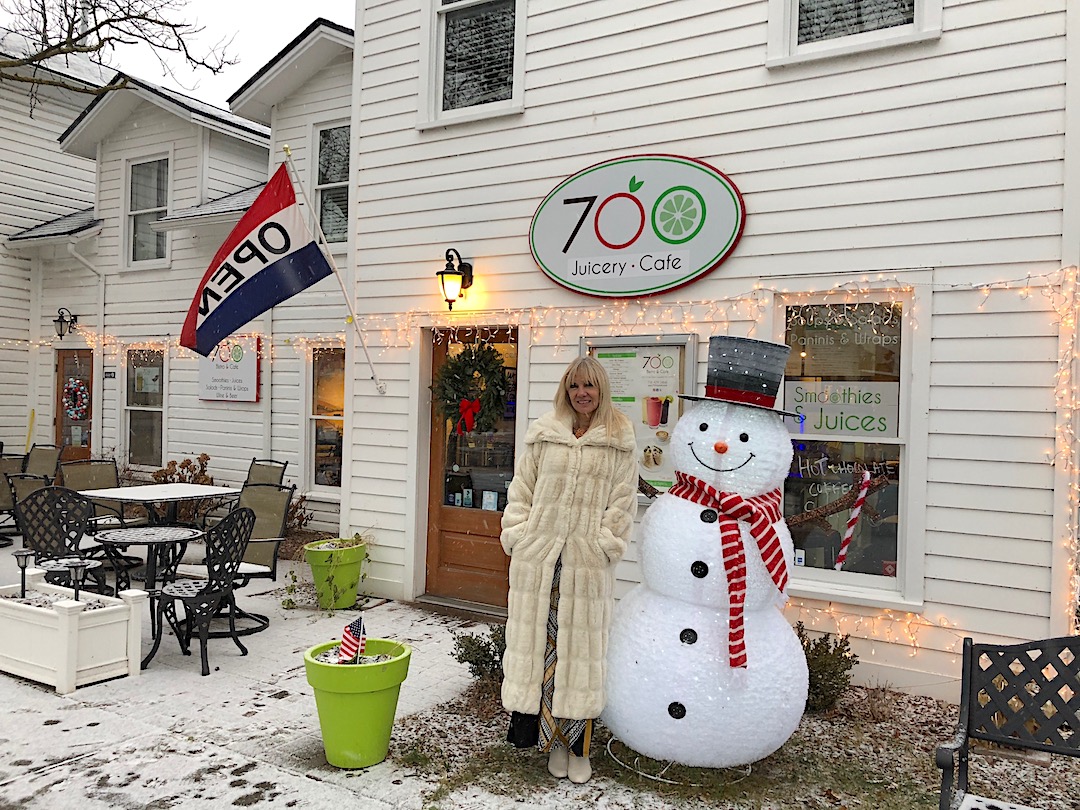 Barbara Crouthamel at 700 Cafe & Bistro, which is located on the corner of Center and North Seventh streets in Lewiston.

Sat, Dec 30th 2017 07:00 am
By Malika-Budur Kalila
Since Jan. 2, 2015, Lewiston's 700 Cafe & Bistro has offered organic coffees, smoothies and healthy food options. As the three-year anniversary of the cafe approaches, owner Barbara Crouthamel recalled a story about her business.
Crouthamel said 700 Cafe & Bistro started as an organic juice and smoothie cafe. Afterward, to expand the menu, she started offering paninis, as well as homebaked muffins and cookies. As Crouthamel claimed, her main goal was to address the needs of the community and, thus, she asked people what they would like to see on the menu.
"A lot of customers wanted healthy, organic juices and smoothies, because there was nothing like it in the village," Crouthamel said. "I wanted the 700 Cafe & Bistro to be Lewiston's healthy option for eating. Everything from the meats - there is no preservatives, they are all-natural meats - organic salads, fresh fruit, vegetables and juices."
In the past three years, the cafe menu has undergone frequent expansions. New salad options and hot beverages have been added. However, the main priority of the business is still offering healthy food to customers.
"My coffees are organic and salads are organic," Crouthamel said. "I want to be different. I do not want to have what everyone else has."
In addition to the menu, Crouthamel expanded inside the building, too. She obtained a wine license for her cafe and divided the building into two parts, making one a modern restaurant and the other a healthy smoothie cafe. The restaurant section offers breakfast, lunch, salads and wine varieties, while the other section provides organic beverages and healthy wraps.
Additionally, Crouthamel said that, in her cafe, breakfasts are offered at any time of the day, since people may need it at different times.
700 Cafe & Bistro has food options for people with different types of diet, including vegans, vegetarians and people who love meat.
"We have expanded the menu quite a bit to give more variety," Crouthamel said. "Because not everybody is vegetarian, not everybody is vegan. We want to bring families together. Sometimes a husband does not want to go to all vegetarian or vegan restaurants, or vice versa. We try to have enough options for everybody to enjoy."
Crouthamel also frequently decorates the cafe and creates new designs.
"I am an interior designer. Every time when a customer revisits the cafe, I am doing something new. It's just the way my mind works," Crouthamel said.
There are many restaurants in Lewiston, which can create competition between owners. In the near future, a Tim Hortons cafe and bakeshop will join the businesses on Center Street.
Crouthamel said, "I am Canadian; I've been going to Tim Hortons forever. It never was in the USA until Americans bought it, so it is an American business now. I hear it's Canadian, but it's American. Let's face it: In one way or another, it will affect Lewiston. The drive-thru is going to be the big thing that nobody else can offer."
Nevertheless, Crouthamel said she is not worried about losing customers to Tim Hortons, since she has some options it doesn't offer.
"Everybody has their loyal customers," Crouthamel said. "I think I have unique and different options. I have wines and beer. Right now, Tim Hortons does not have that."
Crouthamel said her motivation in business is seeing happy customers. She noted her relationship with customers and people in Lewiston is the main reason she does what she does.
"Lewiston is beautiful," Crouthamel said. "The people are wonderful. I love it here. I really do." 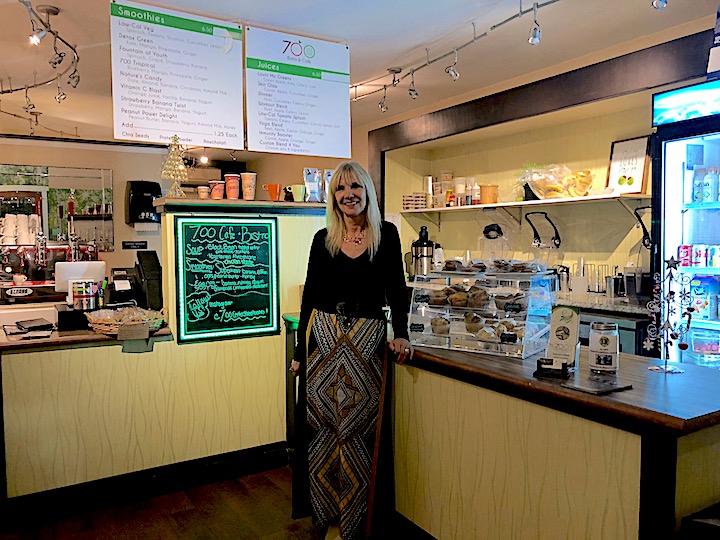